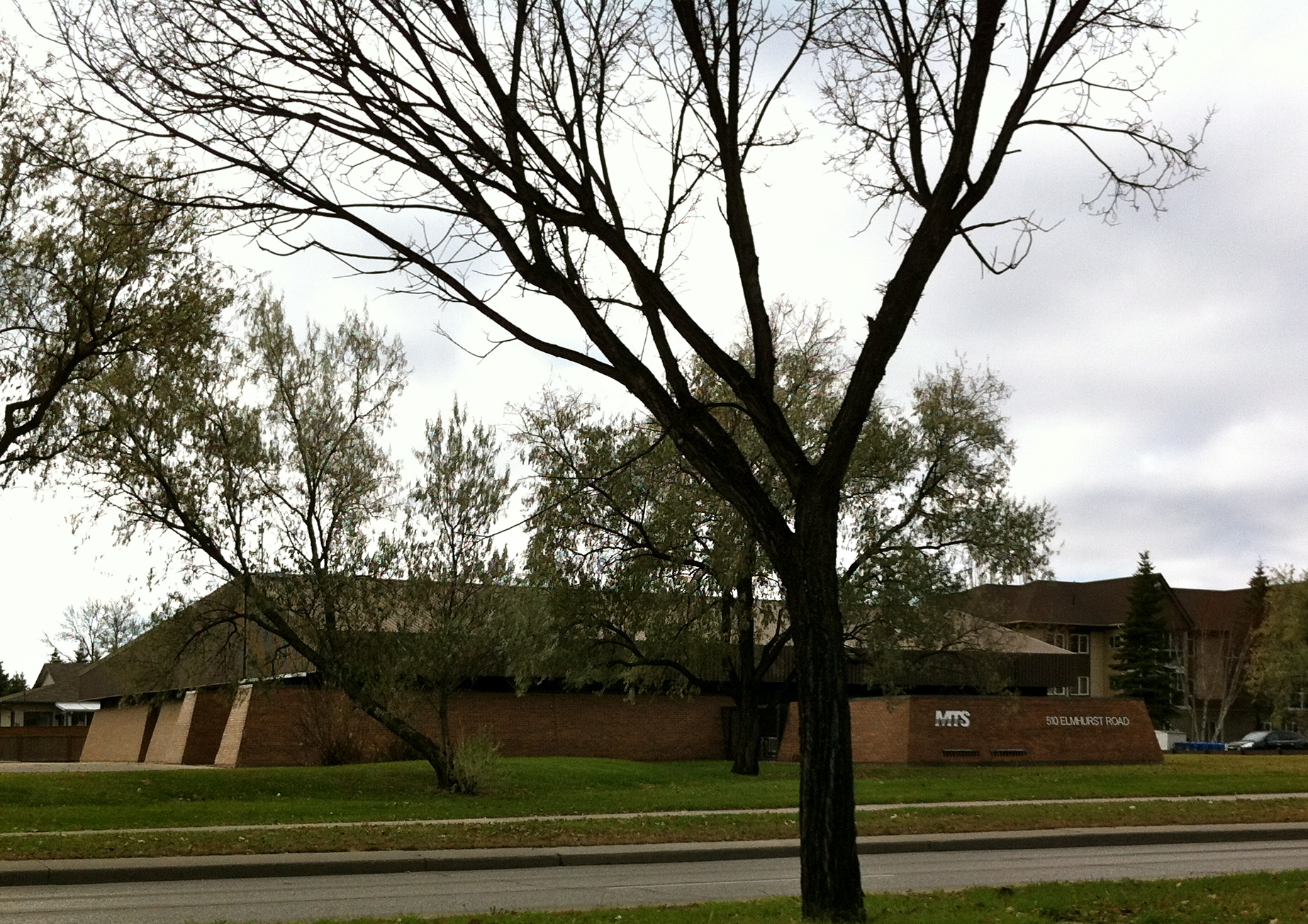 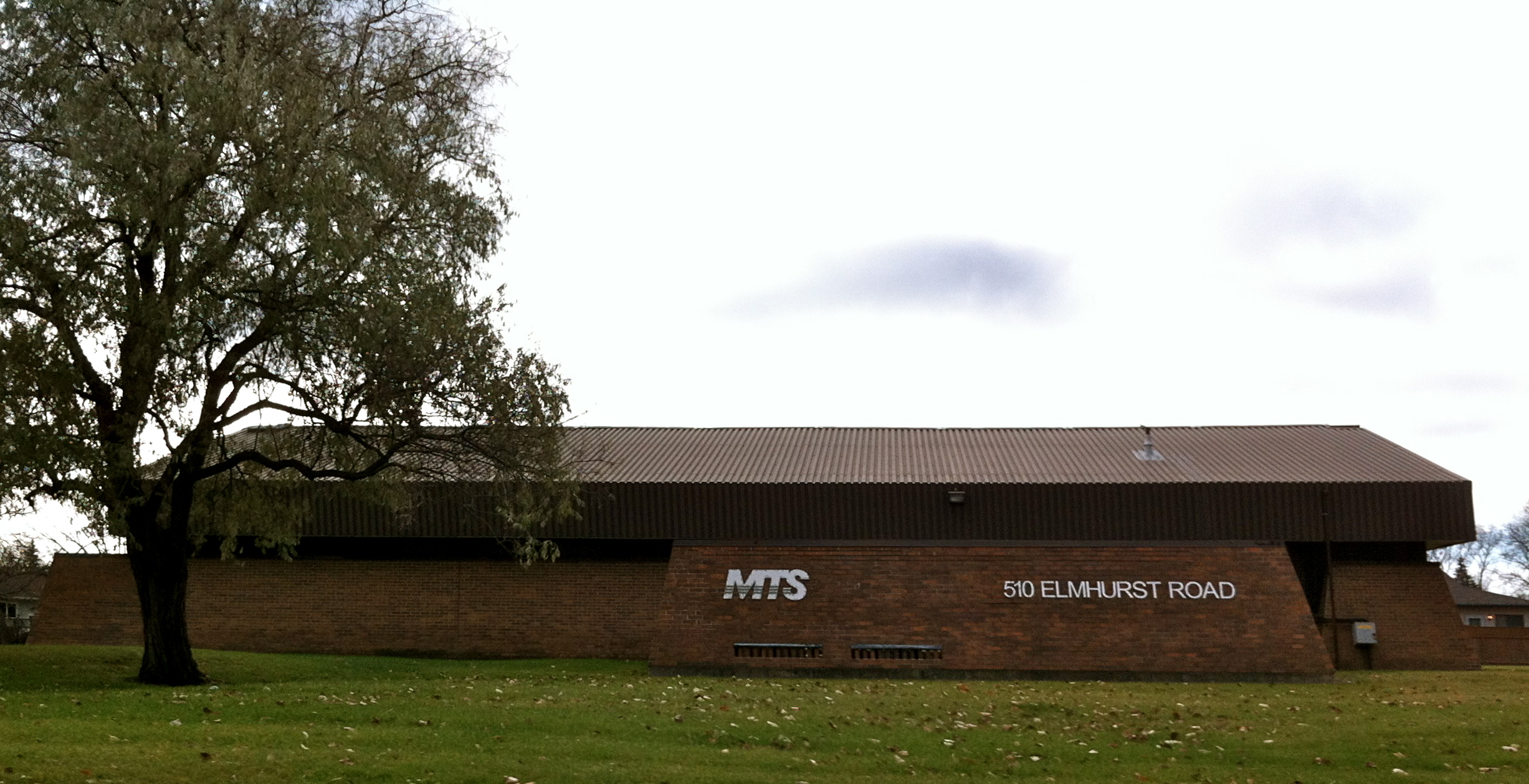 Facing Grant Avenue with a long, low silhouette, this late modern structure hugs the horizon with its canted exterior brown brick walls surmounted by a shallow hipped roof. The structure was built to house facilities for the Manitoba Telephone System.