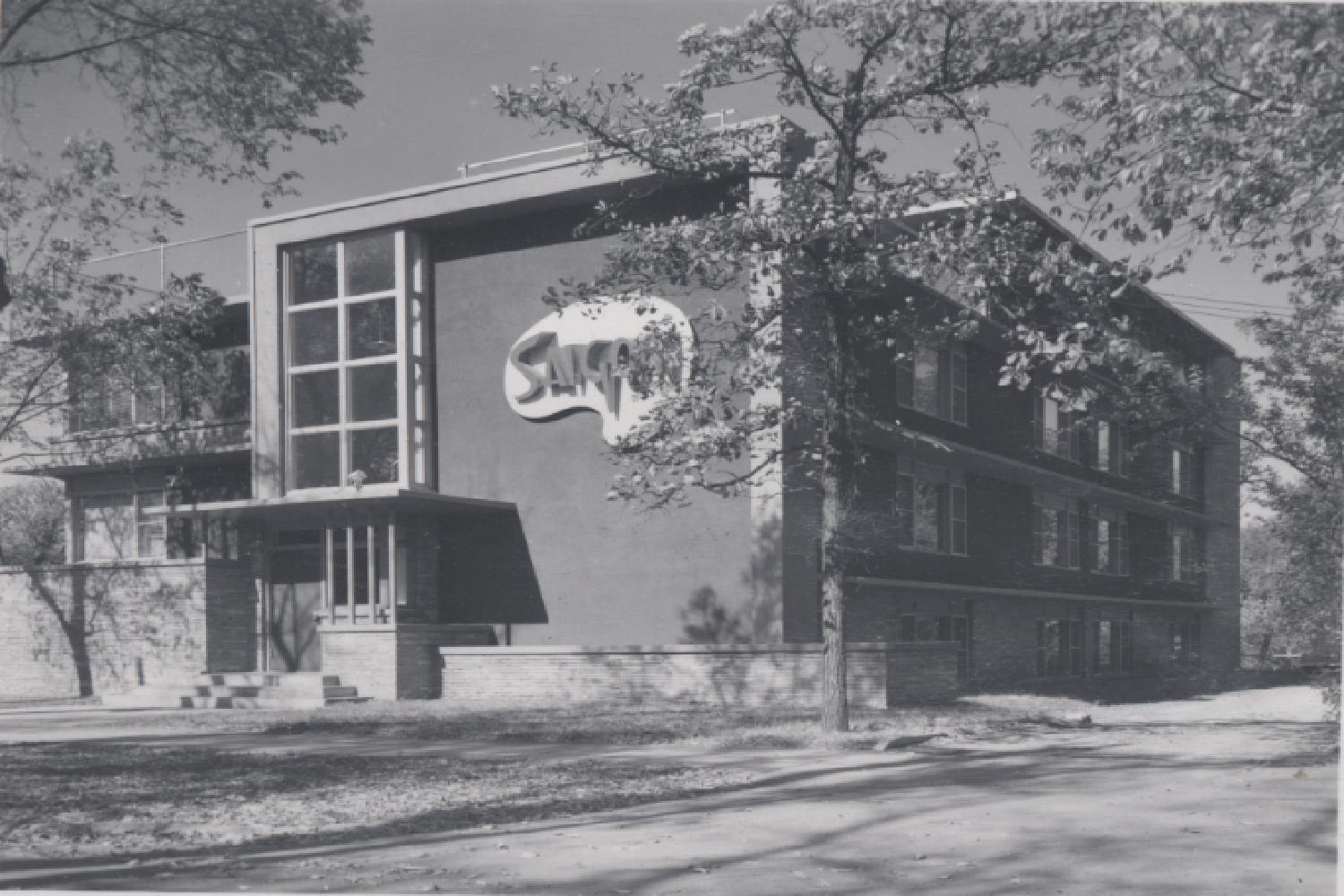 51 Roslyn Road, a small apartment block known as the Saigon, stands as an early post-war example of modern architectural experimentation in the design of multi-dwelling residential buildings in Winnipeg. It’s features include a prototypically modernist glazed staircase – which aesthetically bridges the interior-exterior divide – a dynamic assemblage of vertical and horizontal exterior planes, a biomorphically-inclined sign form, and a cantilevered entry canopy. The latter element echoes similar designs by the building’s architect and contractor in the Silver Heights neighbourhood of Winnipeg, including the Silver Avenue Gates, also of 1951, and the Silver Heights Apartments.

The Saigon was the first Canadian building erected using the lift-slab method, a type of construction introduced to Canada by Winnipeg developer Frank R. Lount and Son. In this method, the foundations and the base slab are poured and columns placed, anchored, and grouted. The second floor slab is then laid on the base stab, using this slab as the bottom form, with only edging forms necessary. The concrete is poured directly on the base slab and allowed to set for at least seven days. Hydraulic lifting equipment is placed on the columns and is attached to the slab, which is then raised to its permanent position and fastened on the columns.

Formally known as the Youtz-Slick Lift Slab technique, it was conceived in 1948 by two Americans, Philip Youtz, a New York-based architect and Tom Slick, a Texan. Research and promotion of the method was managed through the Institute of Inventive Research in San Antonio, Texas. The Frank Lount and Son Company were the patent licensee’s of the new building method in Canada.