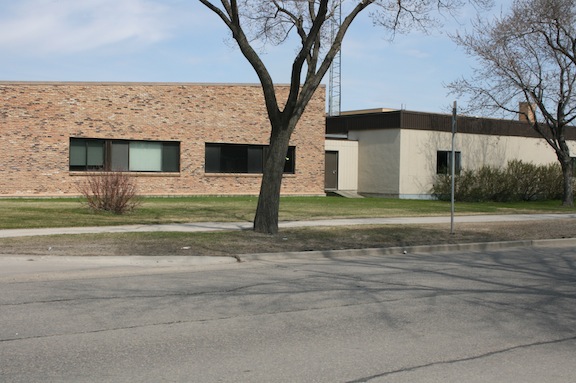 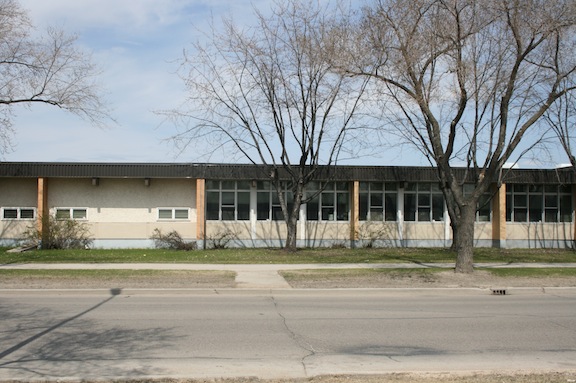 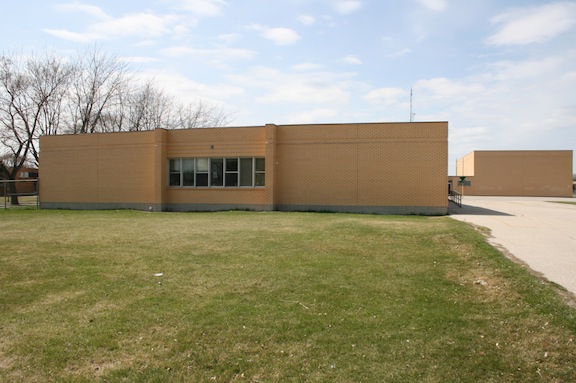 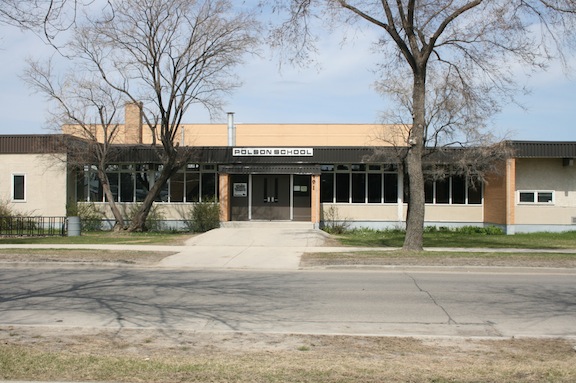 Although the current Polson School opened in 1953, the original Polson School was built in 1910 across the street on the site of the present day Holy Eurcharist Hall and parking lot. The original Polson School existed until 1960, so for seven years there were two elementary schools across the street from each other. A vote to build the new school carried 38-0 in favor and $13,000 was budgeted, including $2,000 for the land. Peter McCalman was contracted to construct the new school, which was to be named Munroe School.

The original building sold for $62,295 to Watt and Janzen Builders who intended to put in three apartment blocks. The school division's maintenance department was housed in the old Polson building until it was sold. In 1960 an addition was put on the newer Polson School so the original Polson School could be closed. The school division voted to change the name from Munroe School back to Polson that same year to avoid confusion with the new Munroe Junior High that was built in 1958, and to preserve the Polson name.