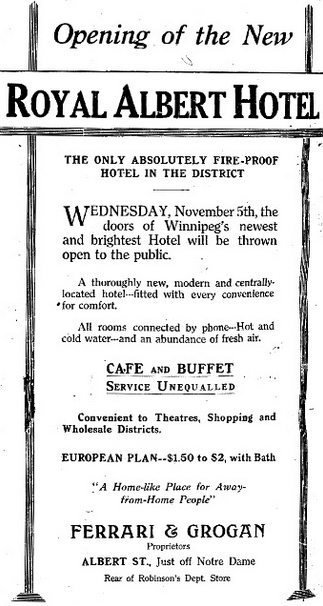 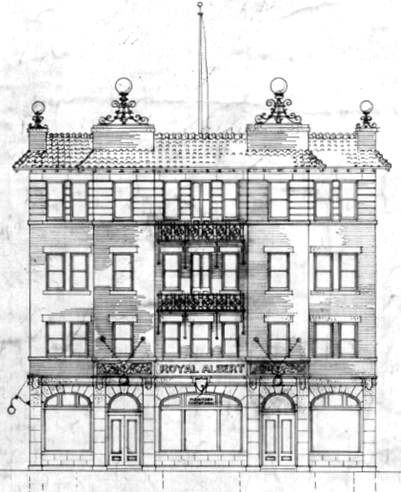 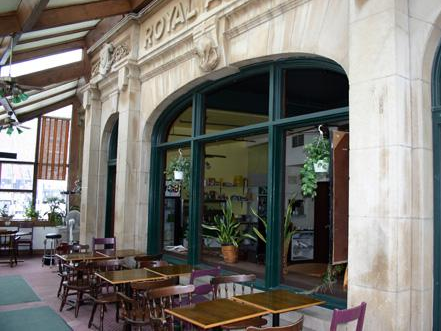 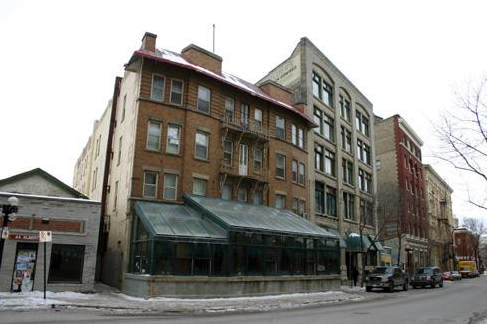 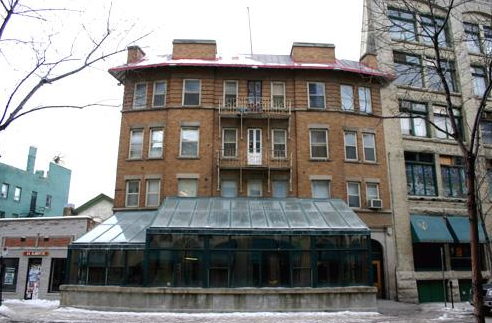 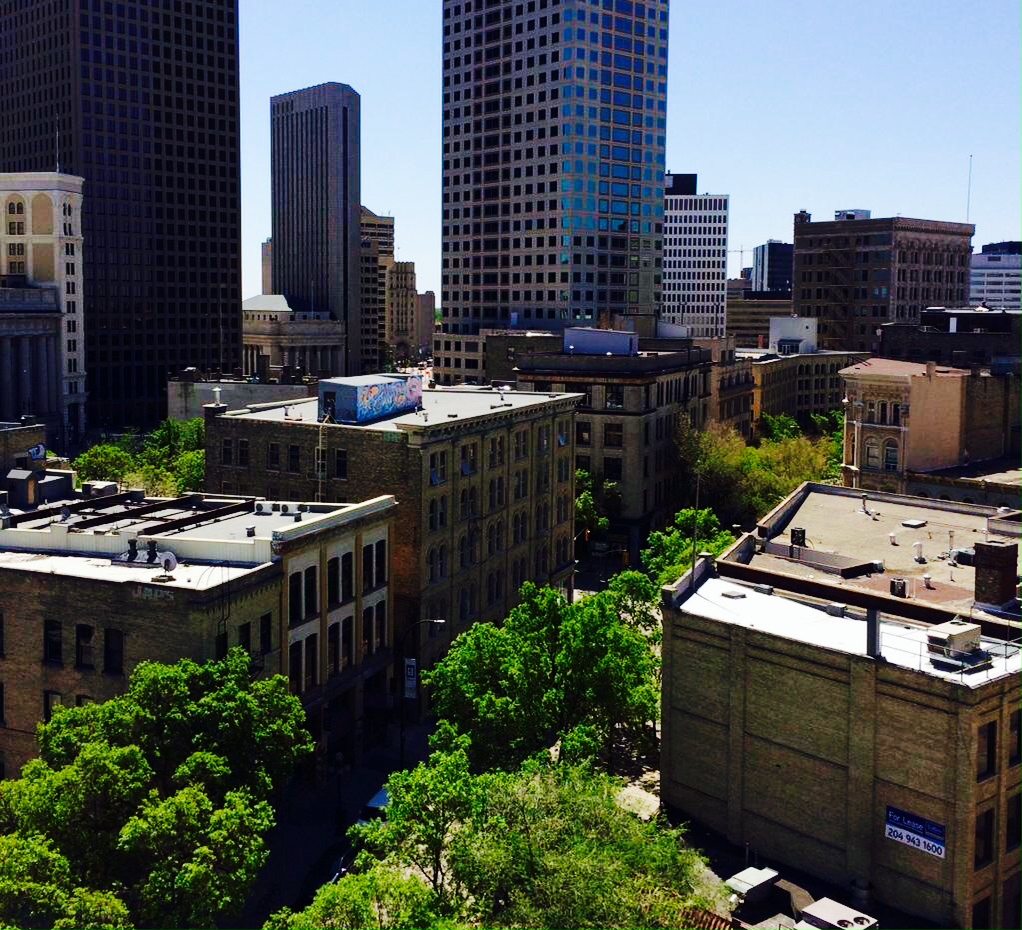 The four-storey Royal Albert Arms Hotel, a brick, steel and concrete structure erected in 1913 and expanded at the front by a modern glassed-in cafe, stands mid-block among a number of its commercial contemporaries on a narrow winding street in Winnipeg's Exchange District, a national historic site. The City of Winnipeg designation applies to the building on its footprint.

The Royal Albert Arms Hotel is a fine example of the many small hostelries built to serve business and pleasure travellers during Winnipeg's 1900-14 boom. Its design by E.D. McGuire features an impressive Spanish Colonial Revival-style front of brick and stone that opens on to a modestly appointed interior. Strategically situated between the Main Street-Portage Avenue business districts and rows of warehouses to the west and north, the facility retains its original function and also supports the historic continuity of its streetscape, which is occupied by several other designated hotels and commercial buildings.

Source: City of Winnipeg Committee on Environment Minutes, May 19, 1981