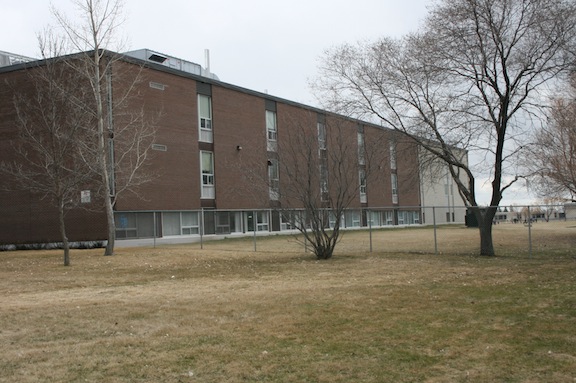 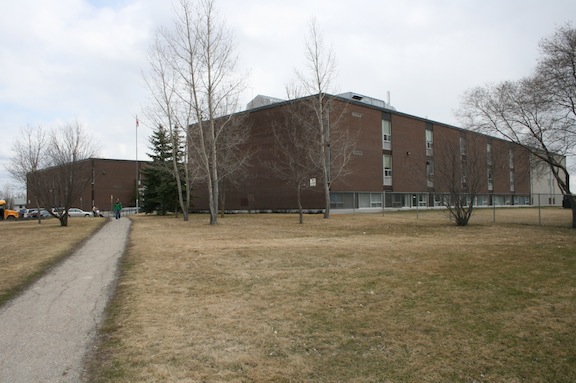 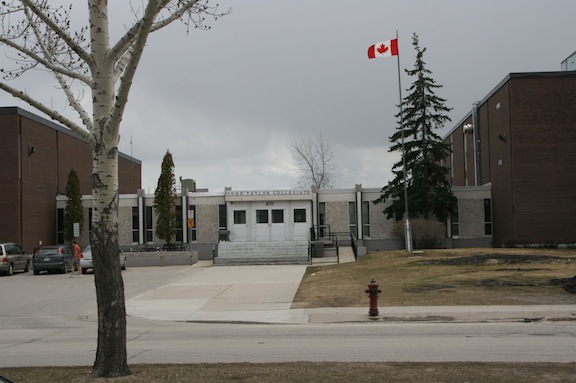 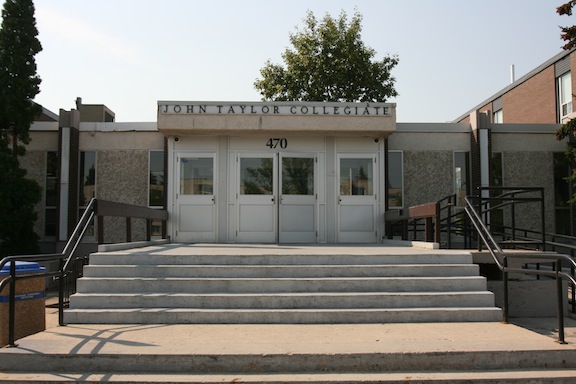 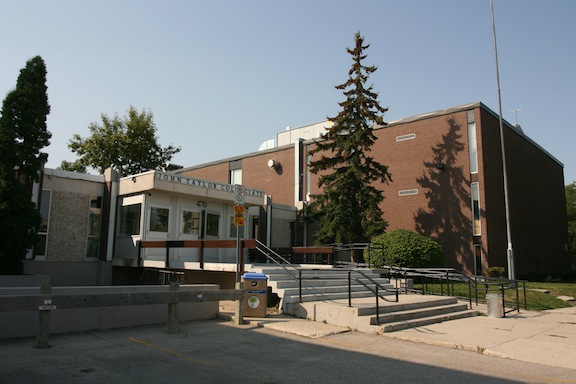 Thought to be a mixture of steel and wood frame with concrete block, John Taylor Collegiate was constructed for Assiniboine North School Division, beginning in 1964; it went up in two main sections from a single plan, joined by an entrance link that contains a small courtyard to supply light and ventilation.Most of its surface is faced in a dark brown brick except the back elevation that employs a more common light brick.

The walls rise two storeys over a raised basement, which contains many of the shops facilities; a green house on the roof and extra-large labs were included in the original design; the latter addition on the south side unfortunately does not match the original construction in appearance.

The school is named for John Taylor who was a member of the Provincial Legislature from 1875-1879.