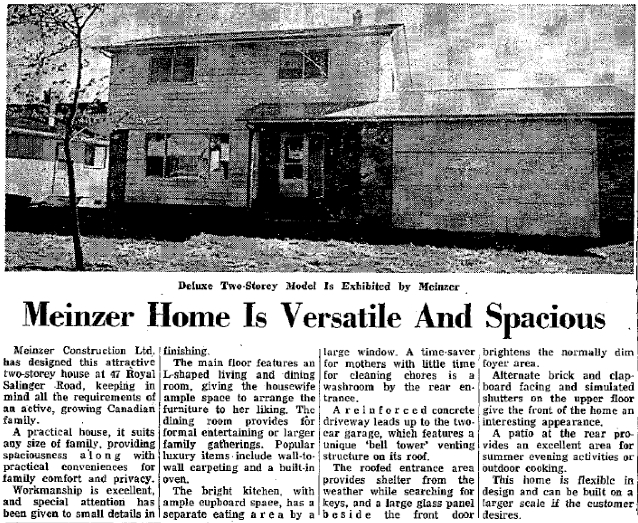 47 Royal Salinger Road, built by Meinzer Construction Limited, was exhibited as part of the 1968 Winnipeg “Parade of Homes.” Period descriptions deemed the house an “attractive two-storey” home, “practical” and suitable to any size of family. The home was further characterized as providing “spaciousness along with practical conveniences for family comfort and privacy,” with excellent workmanship and room enough to give “the housewife ample space to arrange the furniture to her liking.” The home was touted as includng wall-to-wall carpeting, a built-in oven and a bright kitchen with ample cupboard space. A patio was also provided at the house’s rear, providing “an excellent area for summer evening activities or outdoor cooking.”