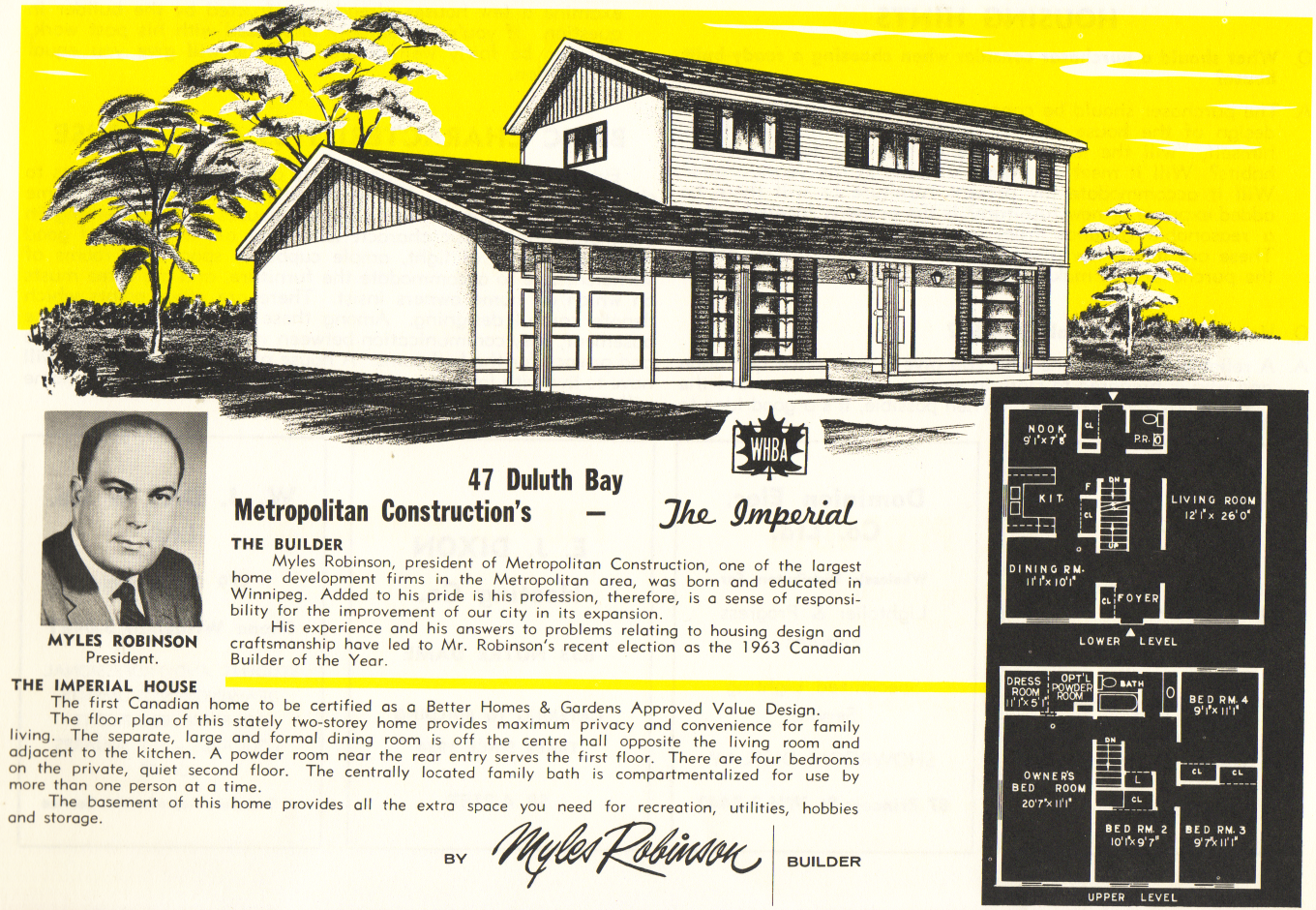 The "Imperial" model home was built by Metropolitan Construction, the company owned by Myles Robinson, the 1963 Canadian Builder of the Year. The plan had also been used in the Kensington Square development of Transcona, where the identical design can be found. In 1963, a National Housing Act mortgage required a $775 down payment and a monthly payment of $99.69 (taxes on the property). 47 Duluth Bay was the first home to be certified as a Better Homes and Gardens Approved Value Design.

This two-storey home optimises privacy. A lower-level central hallway separates the dining room from the living room, and powder room/bathroom at the rear of the house. The upper-level bath is compartmentalised so that it can be used by more than one resident at a time. The home features four bedrooms, and two baths (with an optional third bathroom).