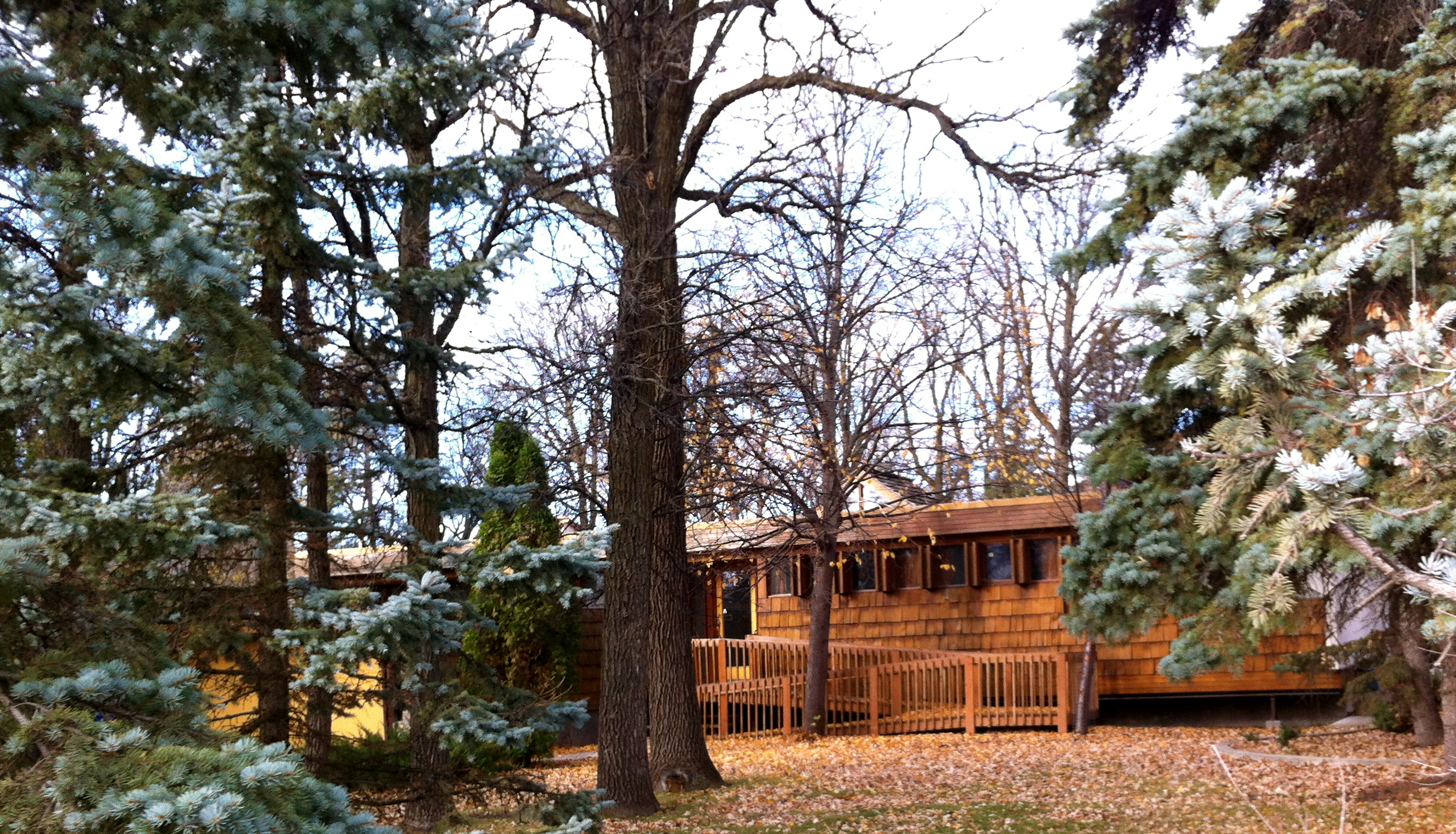 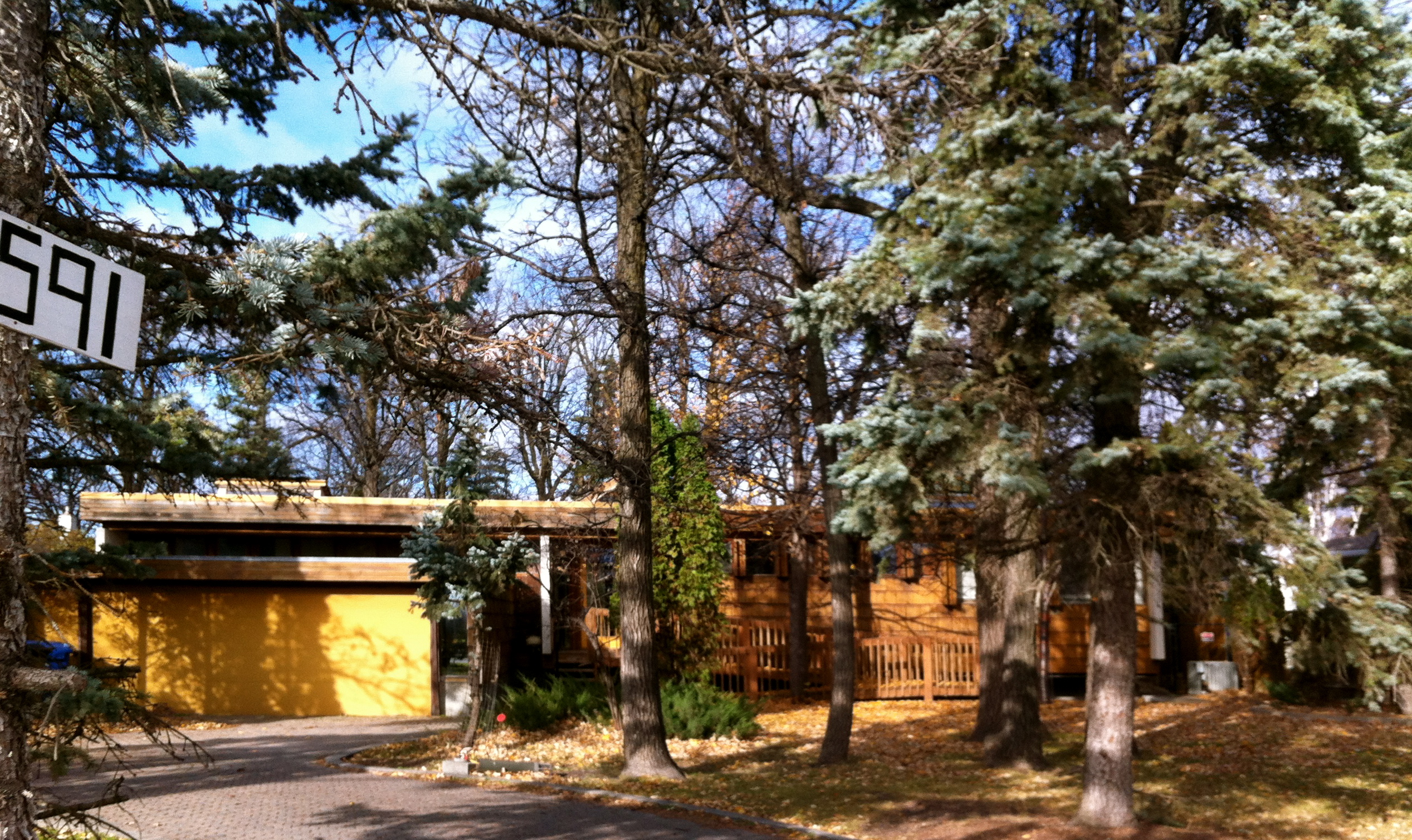 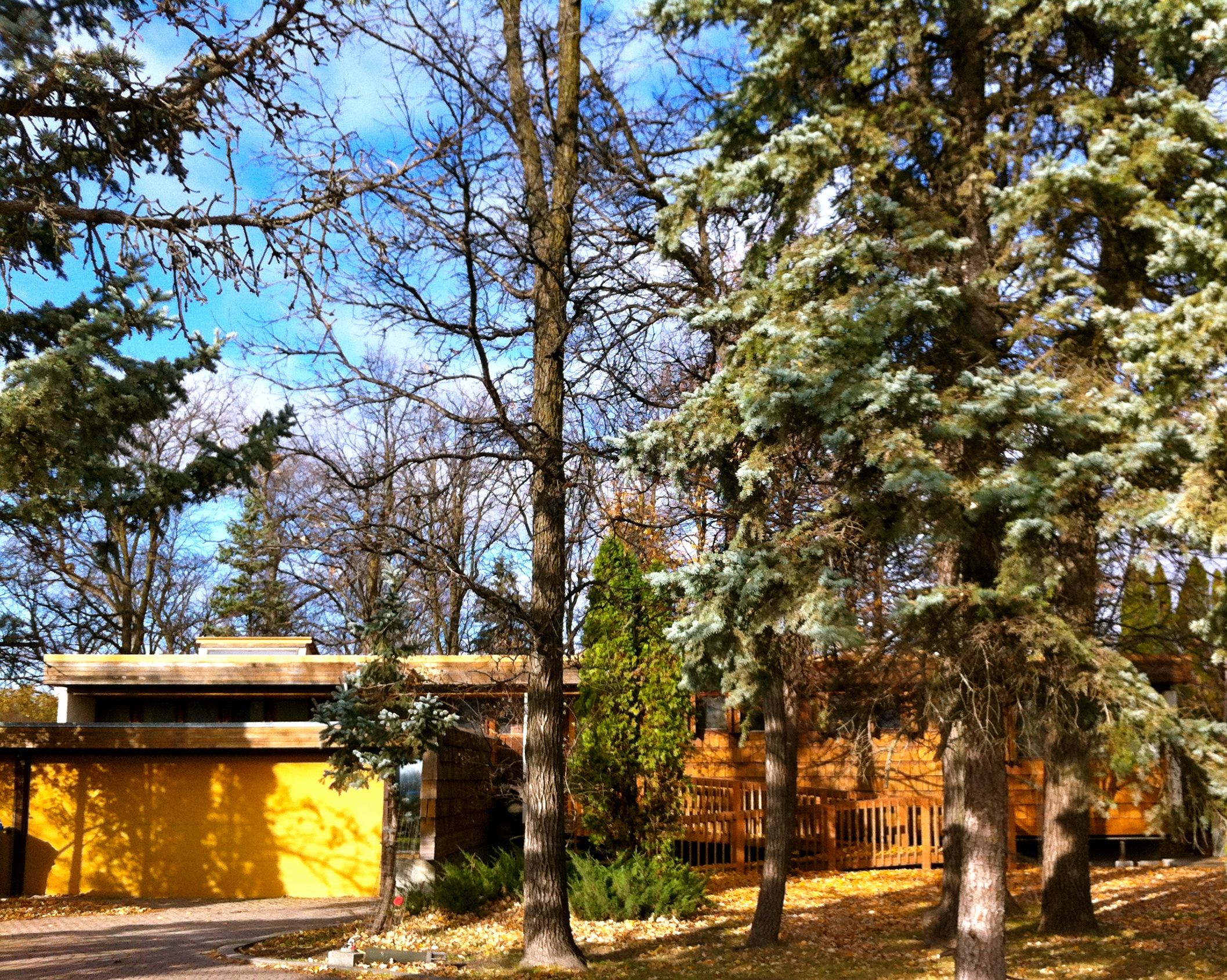 With a long, horizontally-oriented, design, this shingled and woodsy home is a good example of mid-sixties rustic-modern design, a style suited to its large wooded and river-adjacent site.