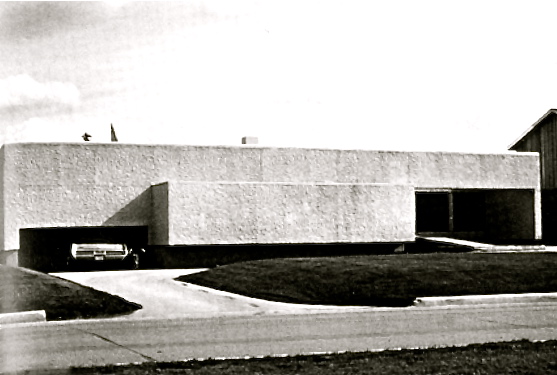 This house is a good example of the distinctive use of stucco made by its architect, Gustavo da Roza. Da Roza's work, typified by examples such as the Winnipeg Art Gallery and other homes in the Tuxedo area, often employed simple and bold emebellished forms in a late modern manner. In recent years this home has been remodelled, opening up the original street-facing wall.