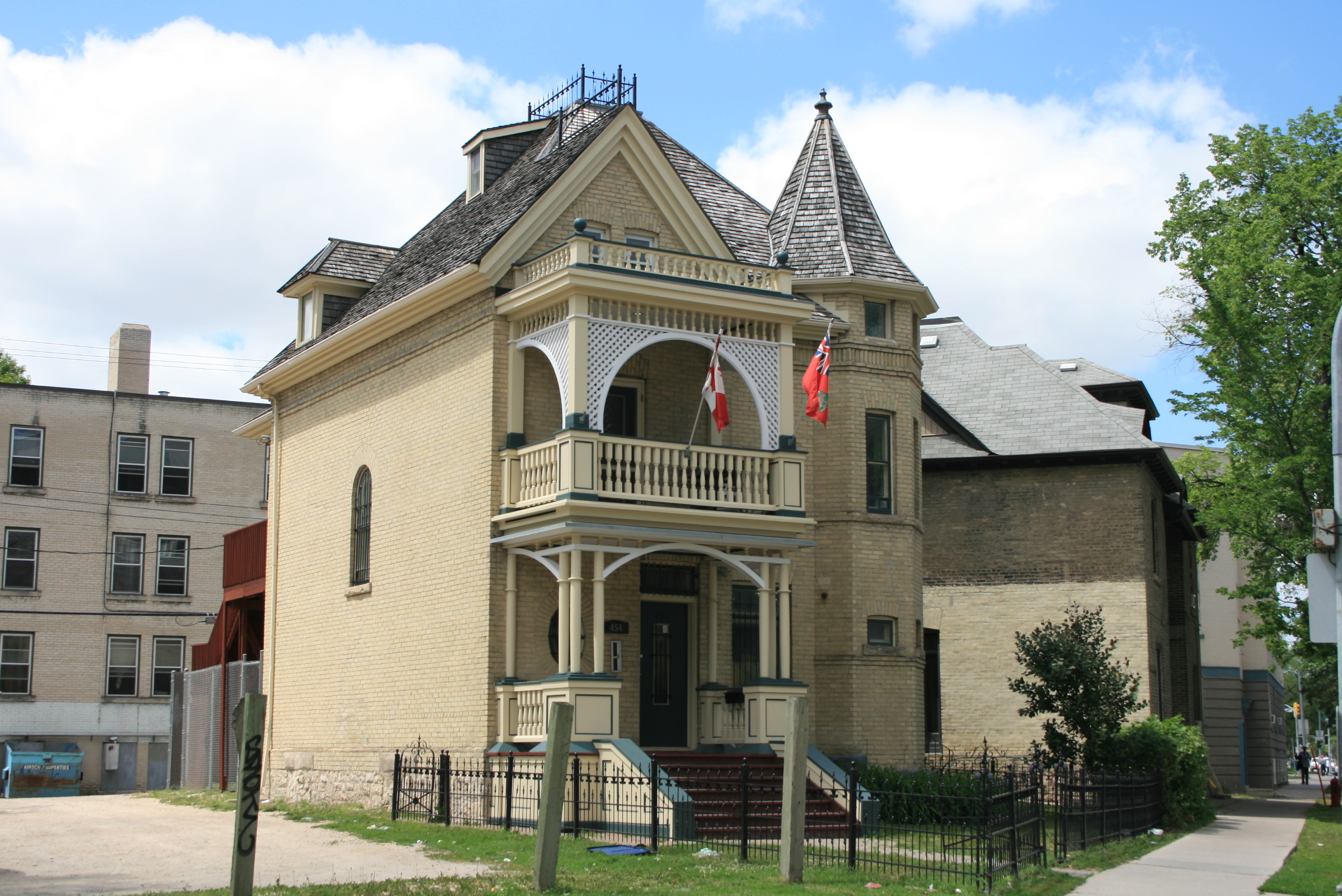 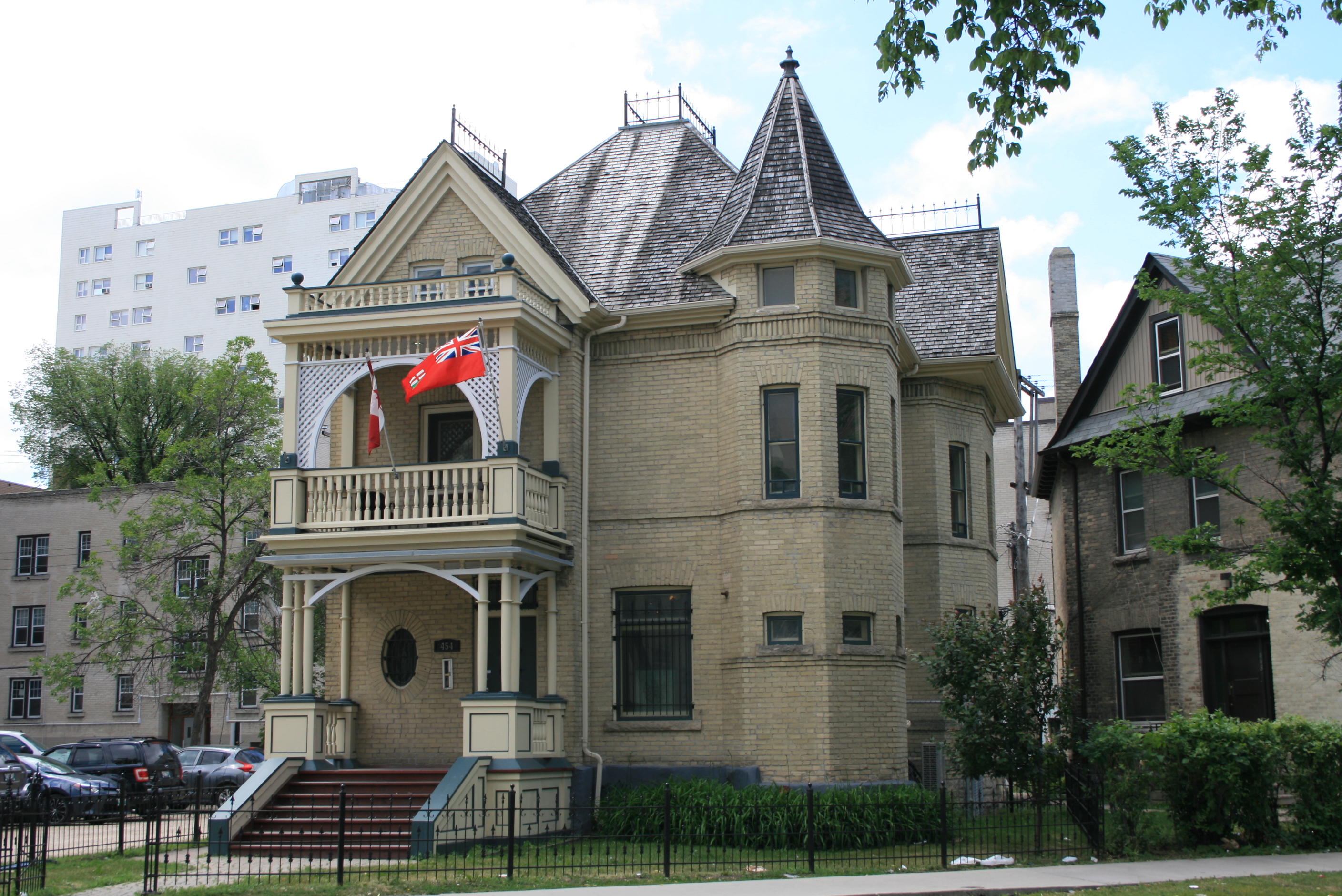 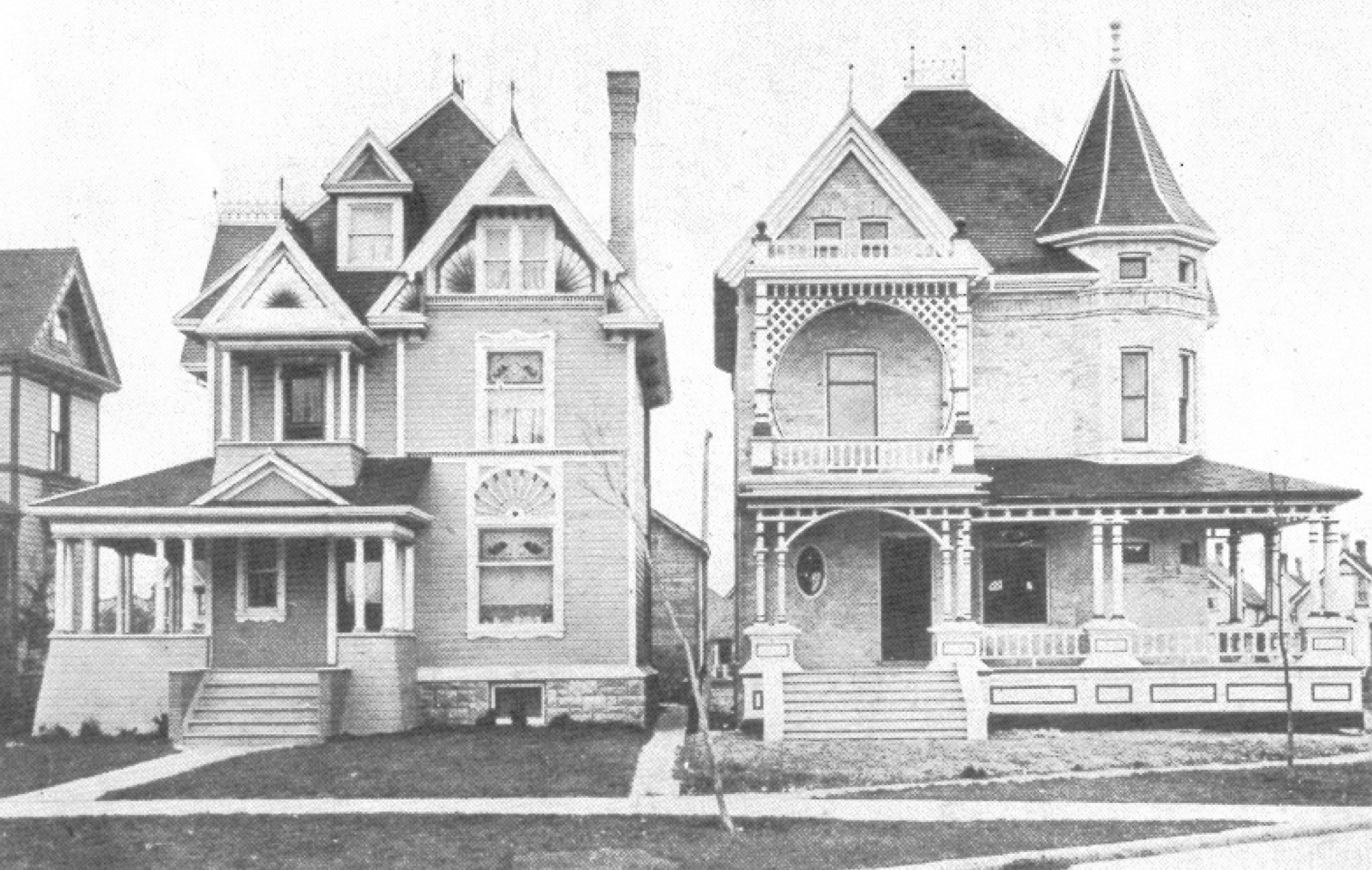 At the beginning of the twentieth century, Central Park had become one of Winnipeg’s most exclusive neighbourhoods. The Benard House at 454 Edmonton Street is a great example of the early residential development in the area. The two-and-a-half storey home is located on the corner of Edmonton Street and Cumberland Avenue, on the north-western tip of what had been the Hudson’s Bay Reserve. The brick home sits on a limestone rubble foundation and faces two directions. The use of various shapes, materials, and colours result in the dwelling’s asymmet-rical composition.

The home was designed by Joseph Greenfield and built by contractors Malcom Brothers in partnership with S.B. Ritchie in 1903. Greenfield had trained and worked in England and Toron-to before arriving in Winnipeg in 1885. It was only shortly after he designed this home that he became the Manitoba superintendent for Public Works for the Dominion government.

The Benard House is an example of the Queen Anne Revival Style, a style that dominated much of the residential architecture in North America at the end of the nineteenth century. The style had become popular as a result of the publication of building design books, including George Palliser’s Modern Building’s Patter Book.

The Benard House had originally been built for Walter R. Fish, a travelling salesman, and Edith Fish. However, it was sold to Hermisdas and Louisa Benard, who had been in the hotel busi-ness, shortly after its construction. The home now serves as an office space to IATSE Local 856, a labour union.