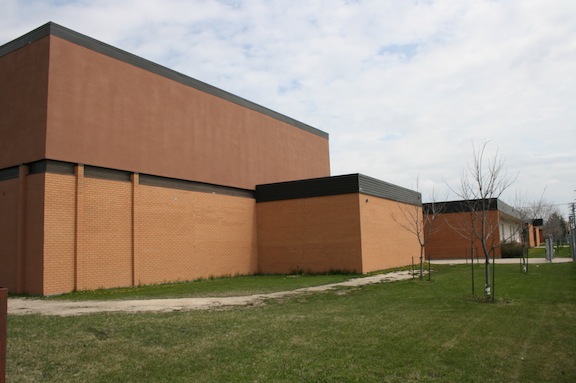 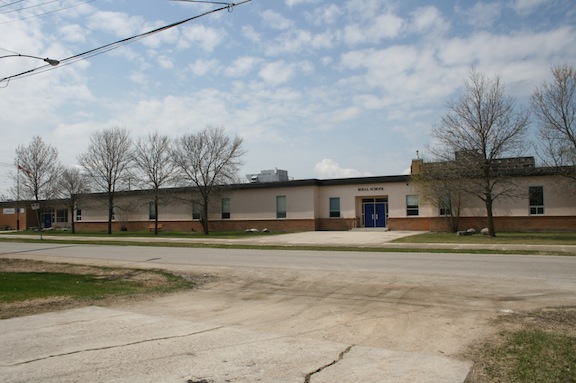 Royal is an elementary school with a before-and-after daycare program. It was a dual-track French-English school from 1983 to 2001 when École Dieppe took over the role as the area's French-only school. This school began as the same plan as Dieppe, also opened in 1952 to a design by Northwood and Chivers.

The building has seen a great deal of change and growth. The earliest sections of the school face east to Laxdal Road. Built in 1952 and 1954, they are seamless in a low, simple design of one storey, double-loaded corridor with stucco where windows once were. This side has two sets of entrance doors with the one on the south transitioning the addition that turned the corner onto Grant Avenue.

The 1960 corner classroom block and 1963 gym and classroom block along the south side were the work of another young architect who put his own stamp on the design and opened another entrance. It is clearly a 1960s design although mannerly to the older school style. A second larger gym was added on the west end in 1969 and another classroom wing was added at the rear, continuing the red brick established by previous construction.