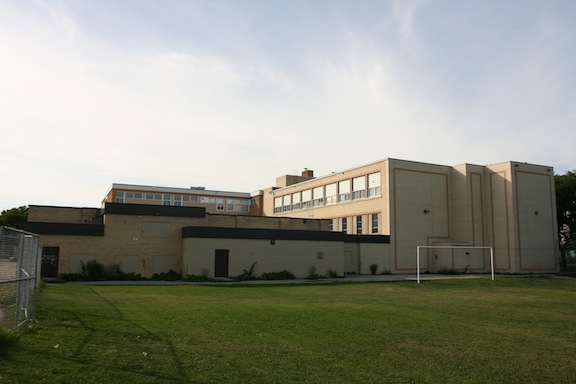 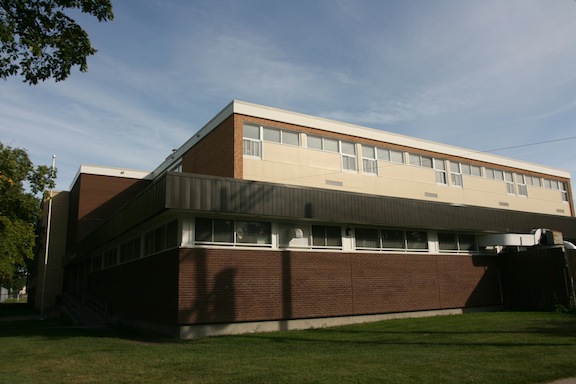 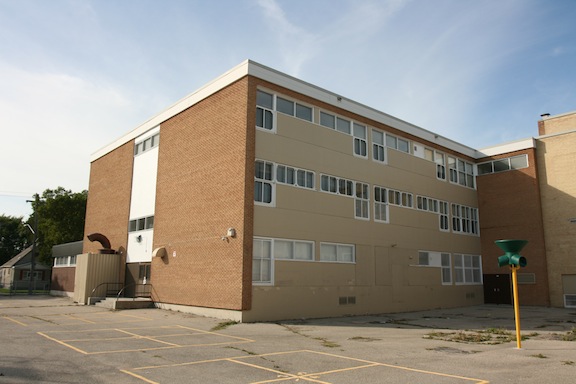 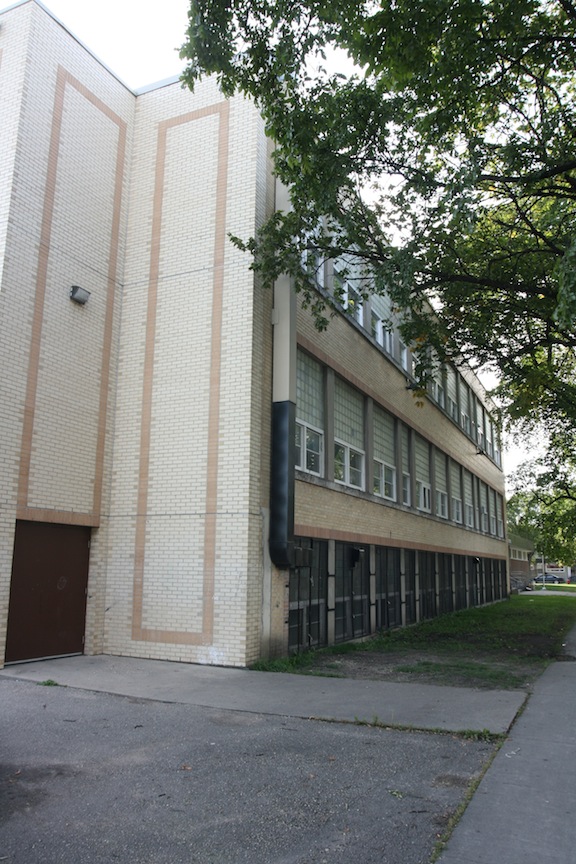 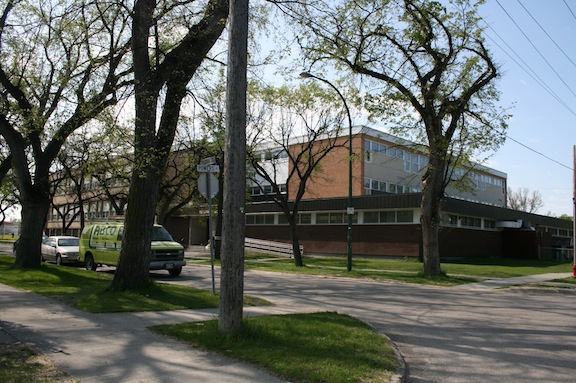 Using a method perfected in this school division, the existing Aberdeen School, dating first from 1893 with another new building in 1909 and a third in 1920, was added onto with this extant section in 1955 and then the last of the old Aberdeen Schools was demolished; this new section, now free-standing, was given another big addition in 1961; there is a centre portion of a low rectangular wing that is not accounted for in these plans (it shows in the photographs of the rear of the school)

The older north wing along Flora Ave. is three storeys with large classroom windows and brick infill walls. There is good integrity in the facade, which although has had some alterations, evokes the look of a 1955 facade in its modern, spare, balanced and symmetrical design.

On the west side was attached another large section in 1961 which provides a textbook illustration of two evolutionary decades of high school design; it has less wallspace devoted to windows, it blends volumes and alternates use of contrasting materials more than the straight-forward fifties section; both parts employ a mid-brown brick

The yard on the east side is generous and shares space with a small community club.

Aberdeen School closed in 1993 and re-opened next year as Niji Mahkwa High School, for the education of First Nations students. Fiji Mahkwa means "Our friend the bear".