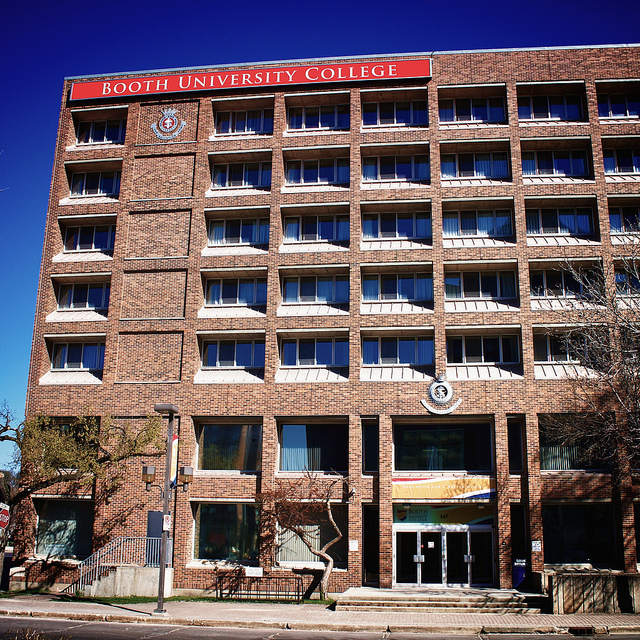 447 Webb Place, designed by local architects Libling Michener, was built between 1967 and 1968. Constructed as the new home of the YWCA, a women’s recreation, training and residential facility, it replaced an earlier 1908 building on this site. The two ground floors became the public areas of the structure, with the residence rising another five storeys to the south. The facade is simple in design, faced with multi-coloured brick and featuring ample recessed windows. The use of large windows on the ground floor, coupled with construction to the sidewalk, results in an urban street front that is welcoming to pedestrians.

The YWCA began in Canada in 1870, spreading quickly throughout the east as part of an international movement. The organizational philosophy of women working together for the benefit of all women saw the development of training classes in nursing, stenography, a cooking school and domestic science. Undercapitalized from the start, and after struggling financially for a significant period of time, the YWCA sold the building to the Salvation Army in 1987. The new owners altered the building for use as a private college, the William and Catherine Booth College.