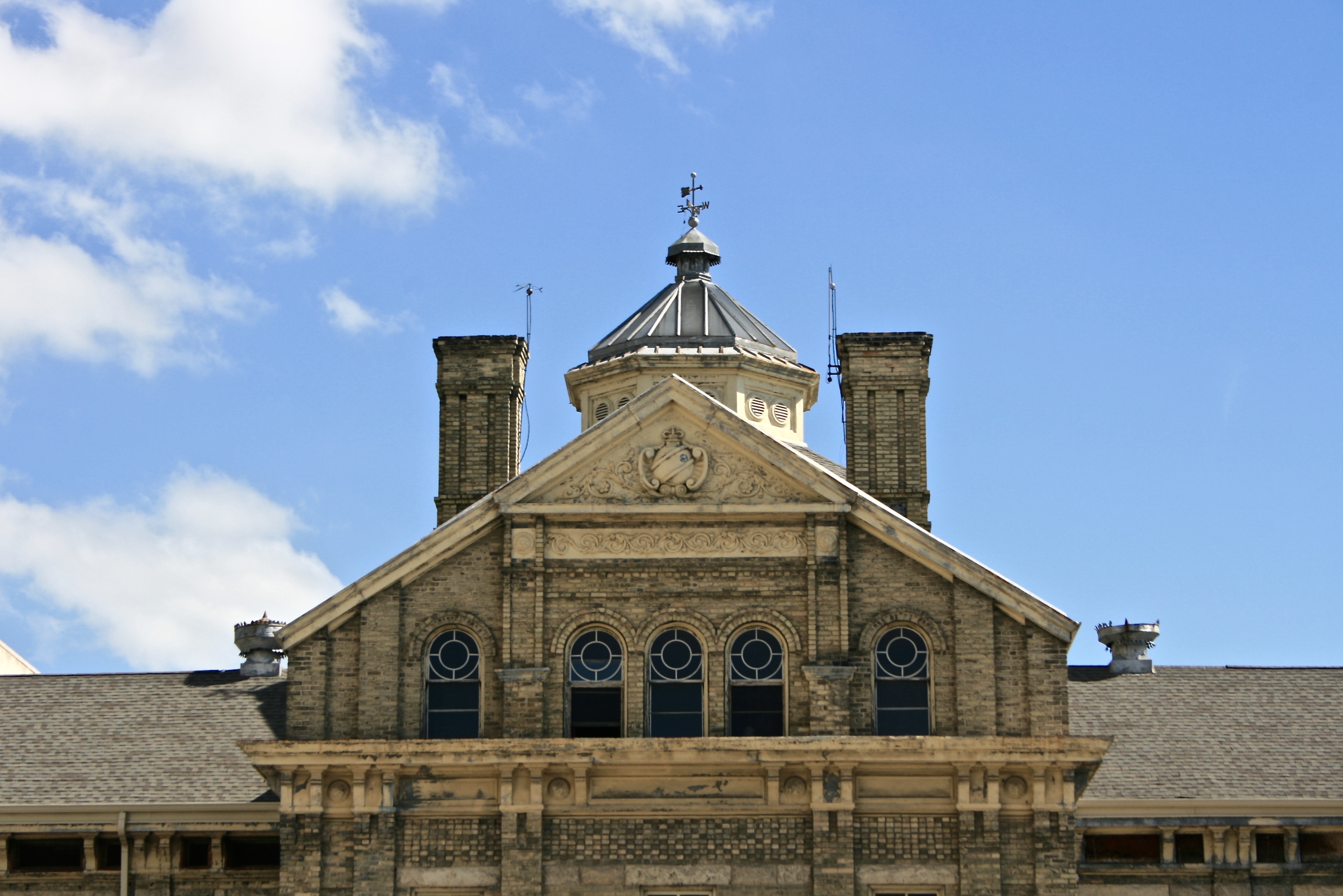 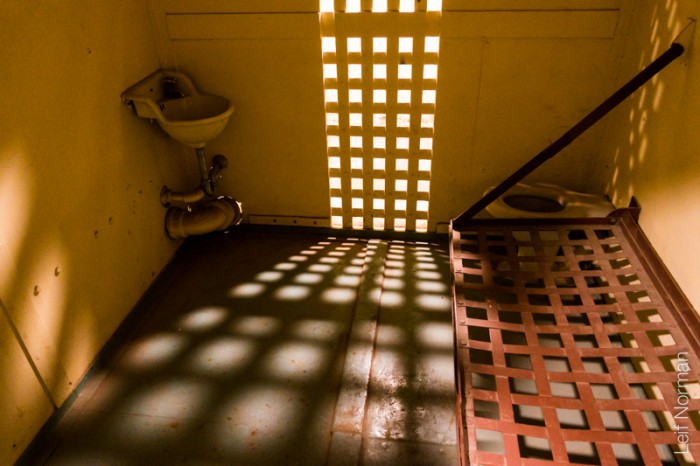 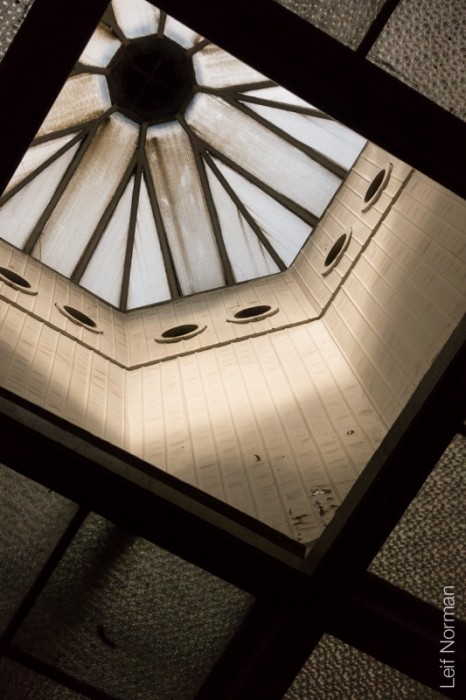 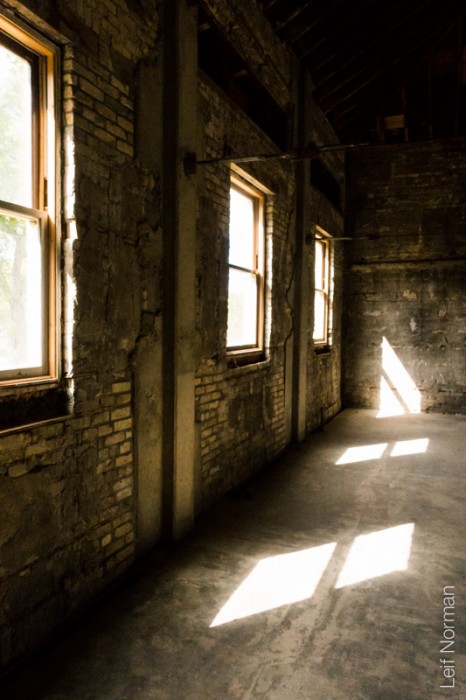 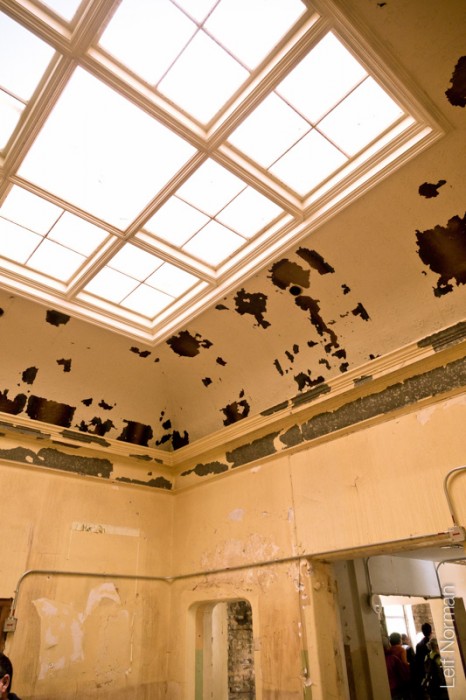 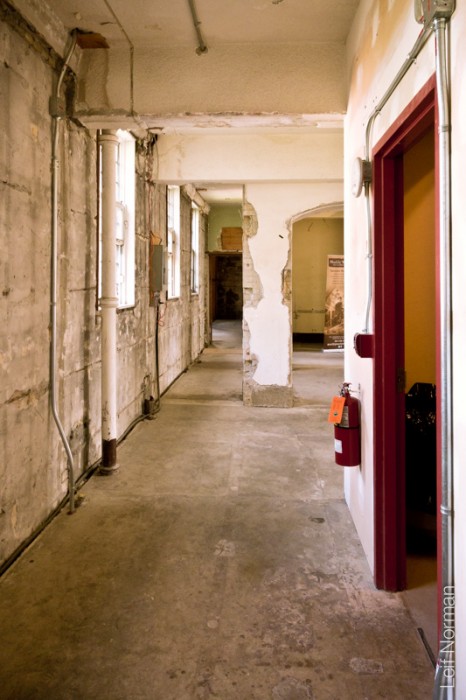 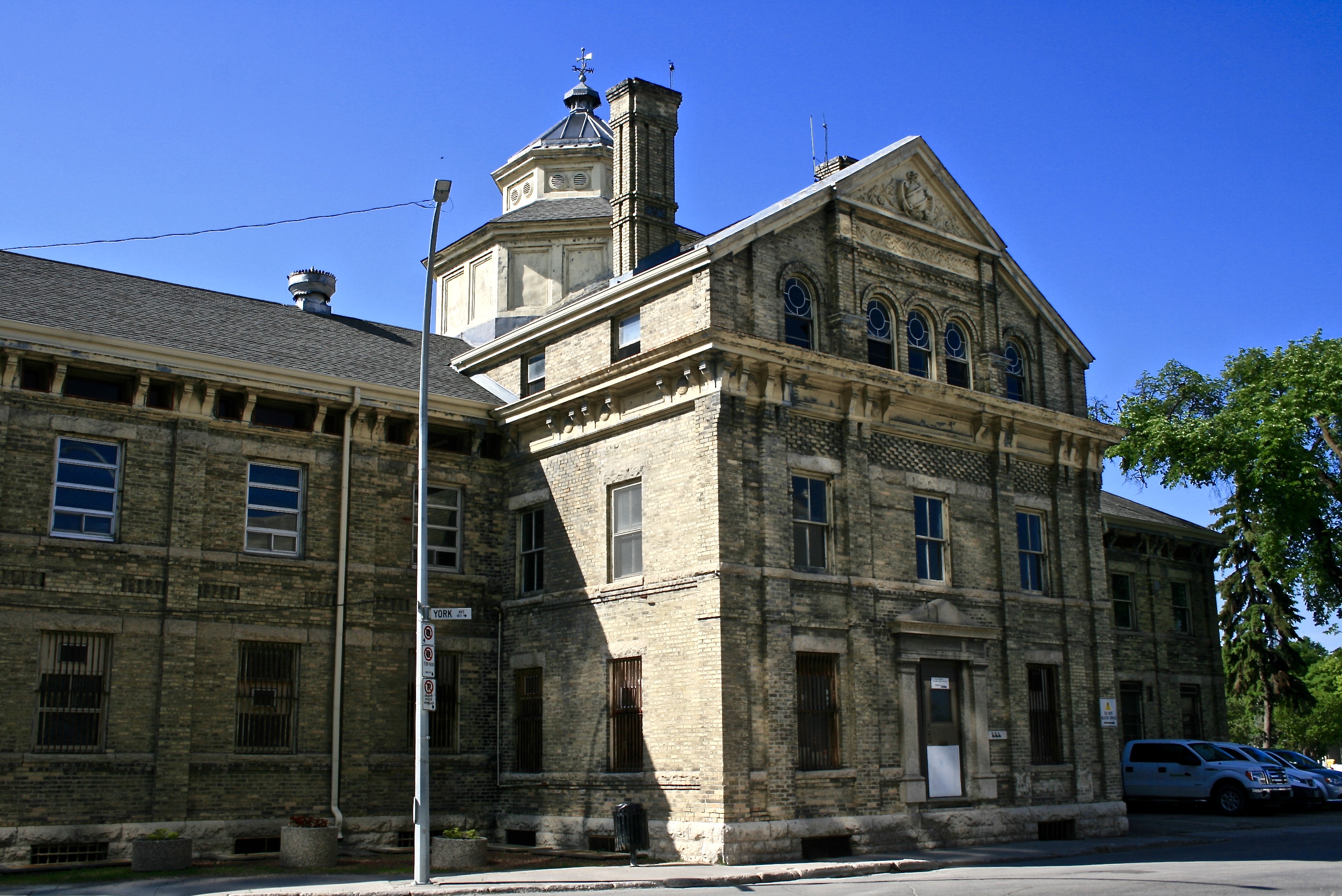 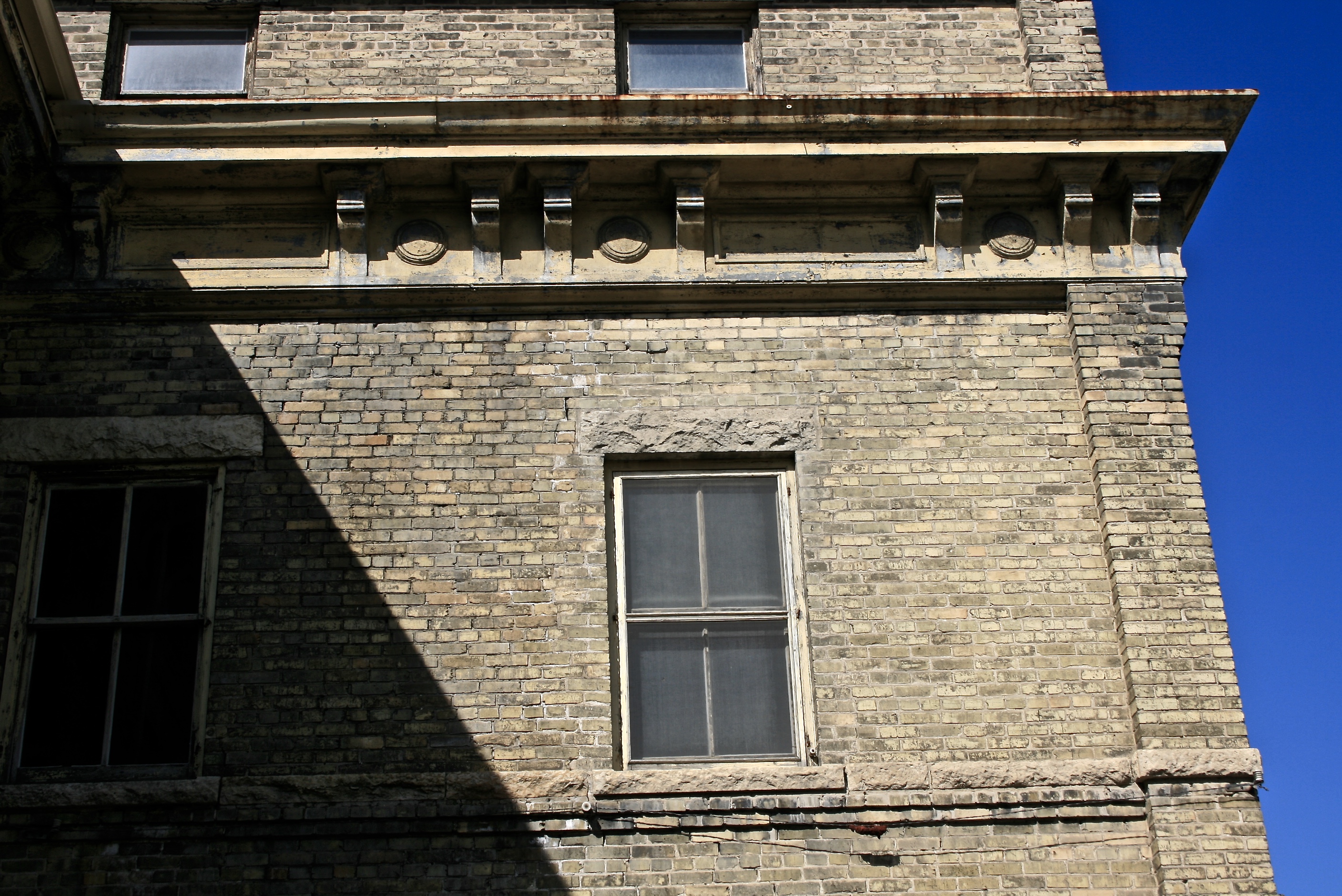 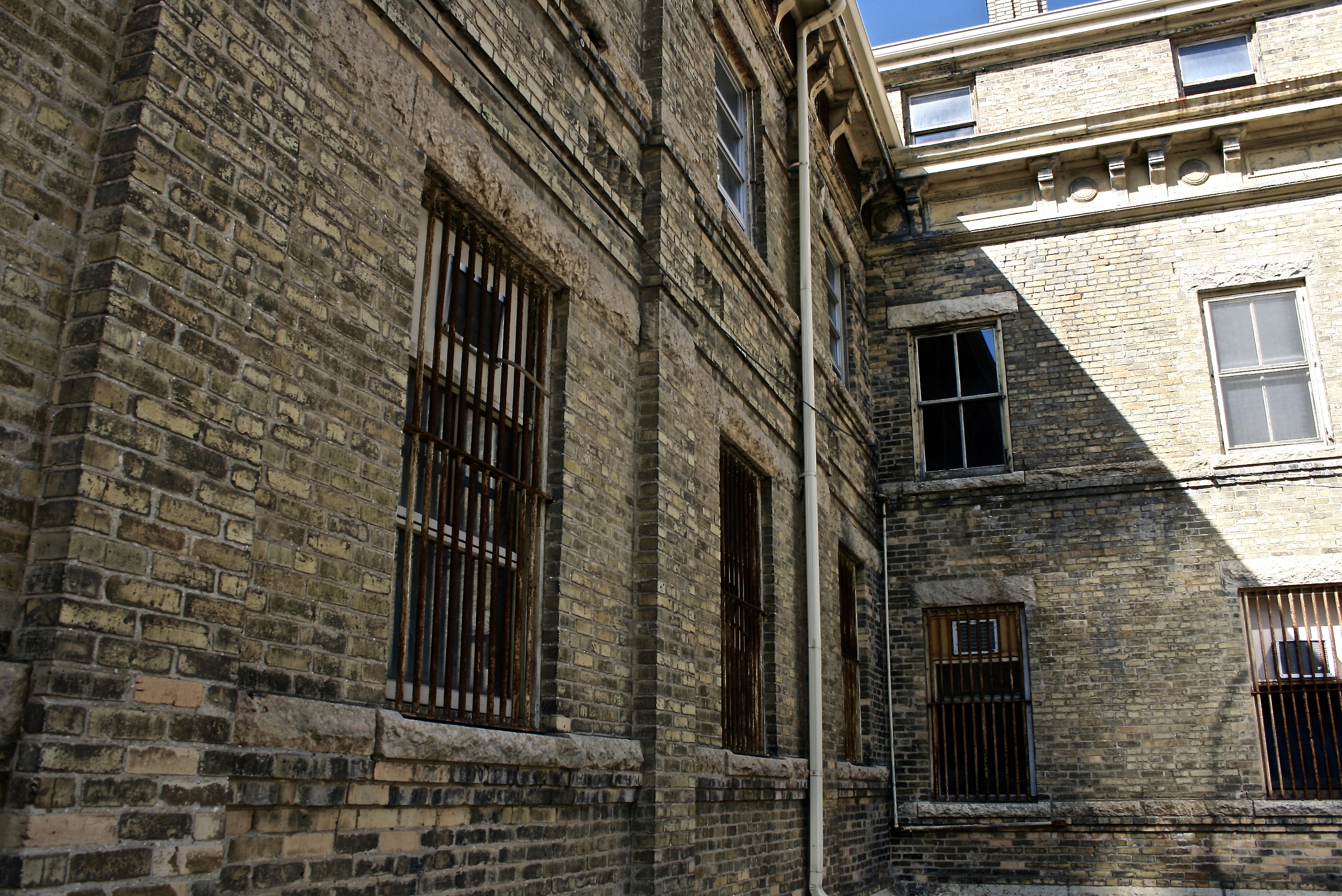 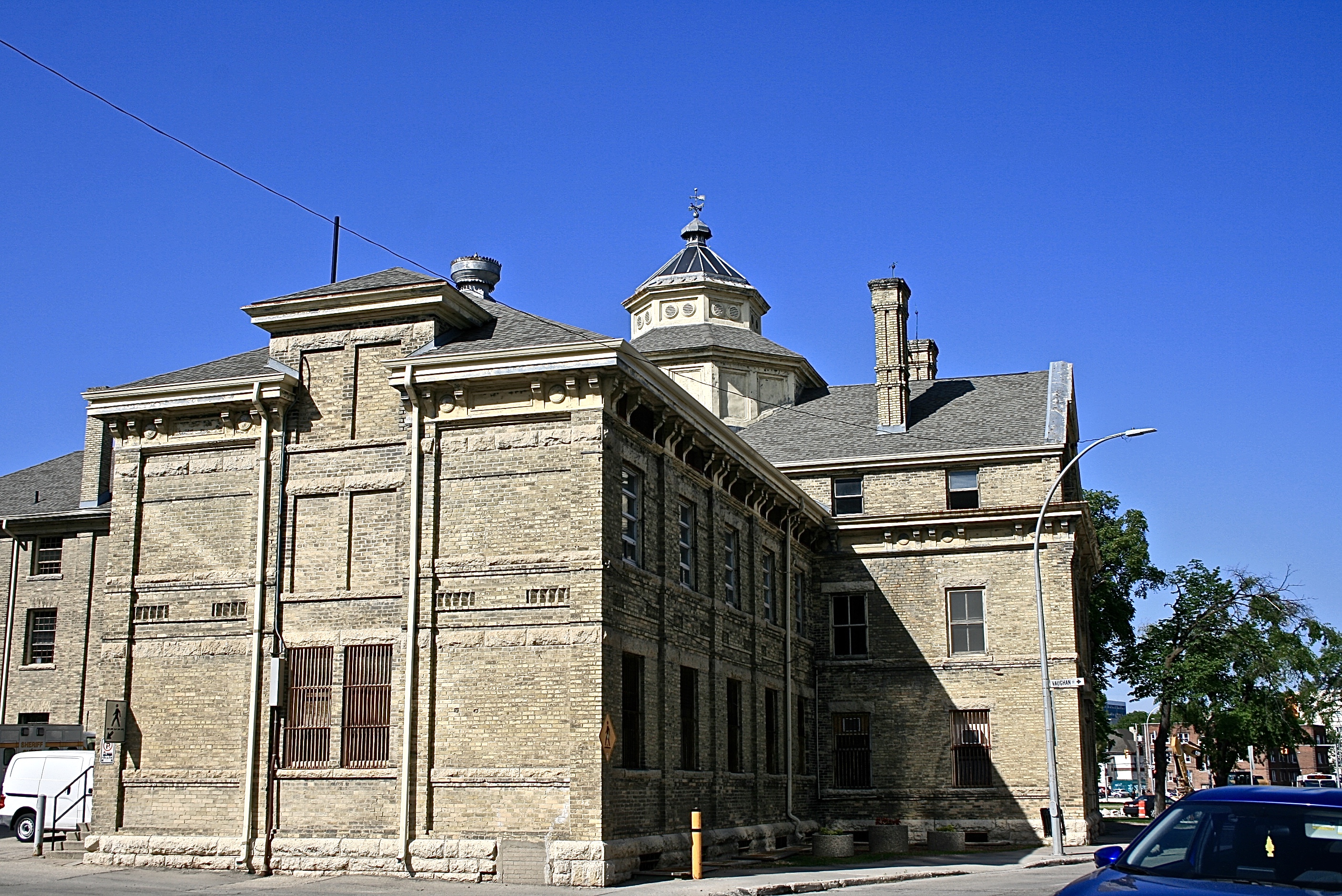 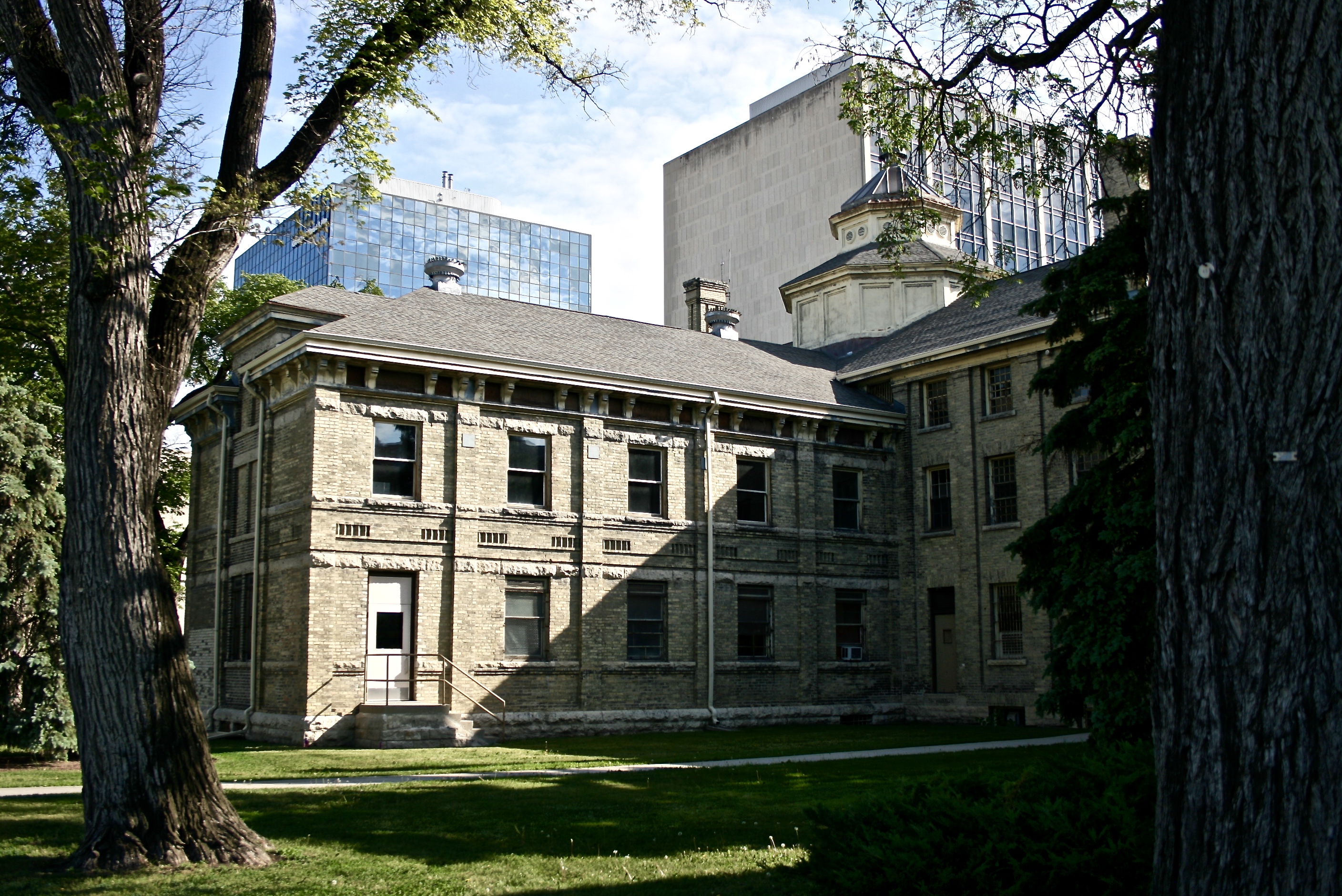 Before jailhouses incarceration in Manitoba took place either within the walls of Lower Fort Garry or just outside of Upper Fort Garry. The first Jailhouse was constructed in 1873 on the corner of Main Street and William Avenue, but with the growing population of Winnipeg, also came the growing crime rate. The need for another jailhouse was urgent.

The Vaughan Street Jailhouse was constructed in 1881. Walter Chesterton, the architect hired to design the new building, desired to create a building that was much more attractive than the traditional jailhouses. However, Chesterton still wished to maintain the pensive nature. He based the exterior off of Italian renaissance churches. The yellow brick and limestone trim are a unique aspect to the building. The pediment design is some of the only remaining ornamentation on the building"s exterior, which set it apart from traditional jailhouses being designed. One of the only aspects that indicates it was once a jailhouse are the rusty barred windows that remain on the first floor. The initial construction also included the use of wooden piles which was finished with concrete in the basement and a mixture of brick and limestone from the ground level up. The cells within were also constructed in wood. Charles Osborne Wickenden was also hired to work on the project however his work was mainly focused on the Kennedy courthouse, that was being constructed in close proximity to the jailhouse. The neighbouring courthouse burned down in 1957.

The interior layout of the building was divided into four wings; North, South, East, and West. The North and South wings were dwarfed by the much larger East and West wings. The first and second floors held prisoner cells. The first also held the mess hall as well as the entrance to the jailor's quarters. Upstairs was the nurse's room, work room, matron room, and storage space. The basement was much bleaker as it was left for solitary confinement. The basement cells were made of oak and steel rods. There were no windows, no lights, and no beds. There were even smaller cells available for prisoners who refused to obey. These cells were equipped with chains to hang prisoners by their wrists and ankles. Time in solitary was limited to only a day or two. A half acre of space was set aside in the south east corner of the site, this was the exercise yard.

In 1909 the wooden cells were clearly deteriorating and overall the structural integrity of the building was failing. Samuel Hooper, the first provincial architect of Manitoba, was hired to redesign and restore the declining facility. His redesign included the removal of some of the decorative detailing on the exterior, resulting in a much plainer looking facade. Hooper is also responsible for the distinctive three-staged cupola and weathervane. Hooper was also sure to replace the wooden cells with steel to increase security and safety. The physical labour included in the redesign was carried out by the prisoners as the doctor decided it would classify as good exercise.

The jailhouse was also the home to a live-in jailor. The jailor's quarters were located within the first and second storey. 444 York's first jailor was Patrick Lawler. Lawler lived with his wife and children in the odd home. Despite the building being used for the incarceration of Winnipeg’s criminals they managed to live comfortable in the jailor’s quarters. The family had a dining room, parlour, and jailor’s office on the main floor, while the second floor had space enough for four bedrooms. The Lawler family were even allowed use of the attic for extra dormitory or storage space. Outside the jail, the family had a personal garden and lawn. The Lawlers resided within the jail house until 1900, when a separate house was built for the family. Lawler lived there until the end of his term as jailor in 1904.

The jail housed some of Winnipeg's most dangerous criminals as well as non-violent offenders. The jail was not exclusive to men as it housed a women's ward on the second floor and even children would be incarcerated. It should be noted that the term children refers to those under the age of twenty with the youngest prisoner being five years old. The prison began getting crowded when people who were deemed insane were confined in the jailhouse as well. However, these individuals were soon moved to the Selkirk Asylum once construction was finished. The crowding lead to keeping four prisoners in a cell at a time with hammocks to sleep in.

The dangerous offenders were occasionally sentenced death by hanging. These events were carried out in the exercise yard surrounded by a fourteen foot tall fence, although the public still managed to get a view of the criminals last moments. A total of thirteen hangings occurred on the site. The last of which being notorious American serial rapist and murderer Earl Leonard Nelson. Nelson was responsible for the deaths of 22 and 1 attempted murder as well as the possibility of 7.

In 2004 a group known as Friends of Vaughan Street Jail called on the city to restore the old jailhouse. However, only minimal repairs, such as the repaired roof, have been done to maintain the structure. Doors Open and Friends of Vaughan Street Jail paired up to present an event that allows the public to enter the building for a tour. Most of the building is gutted, but some of the cells still remain.