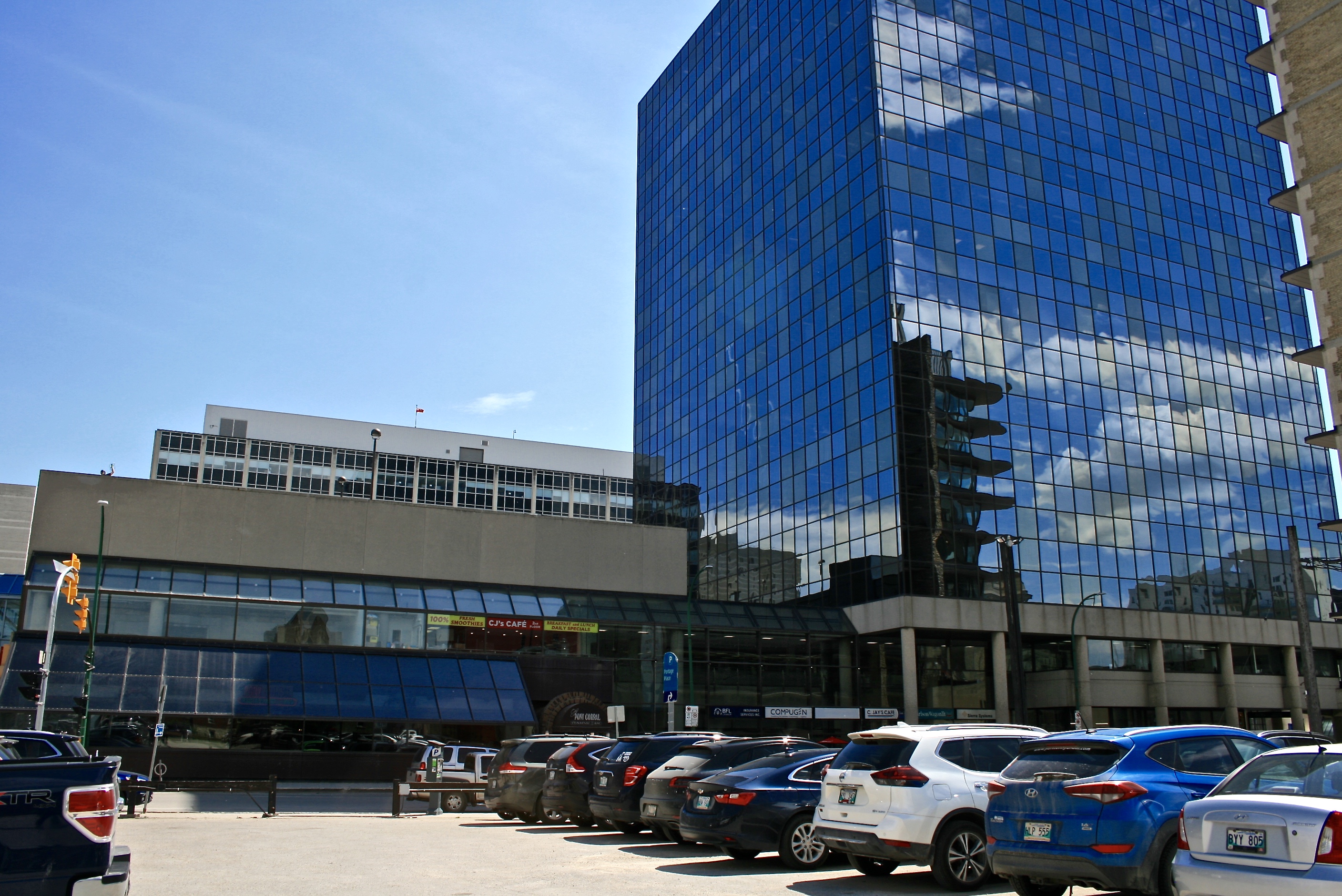 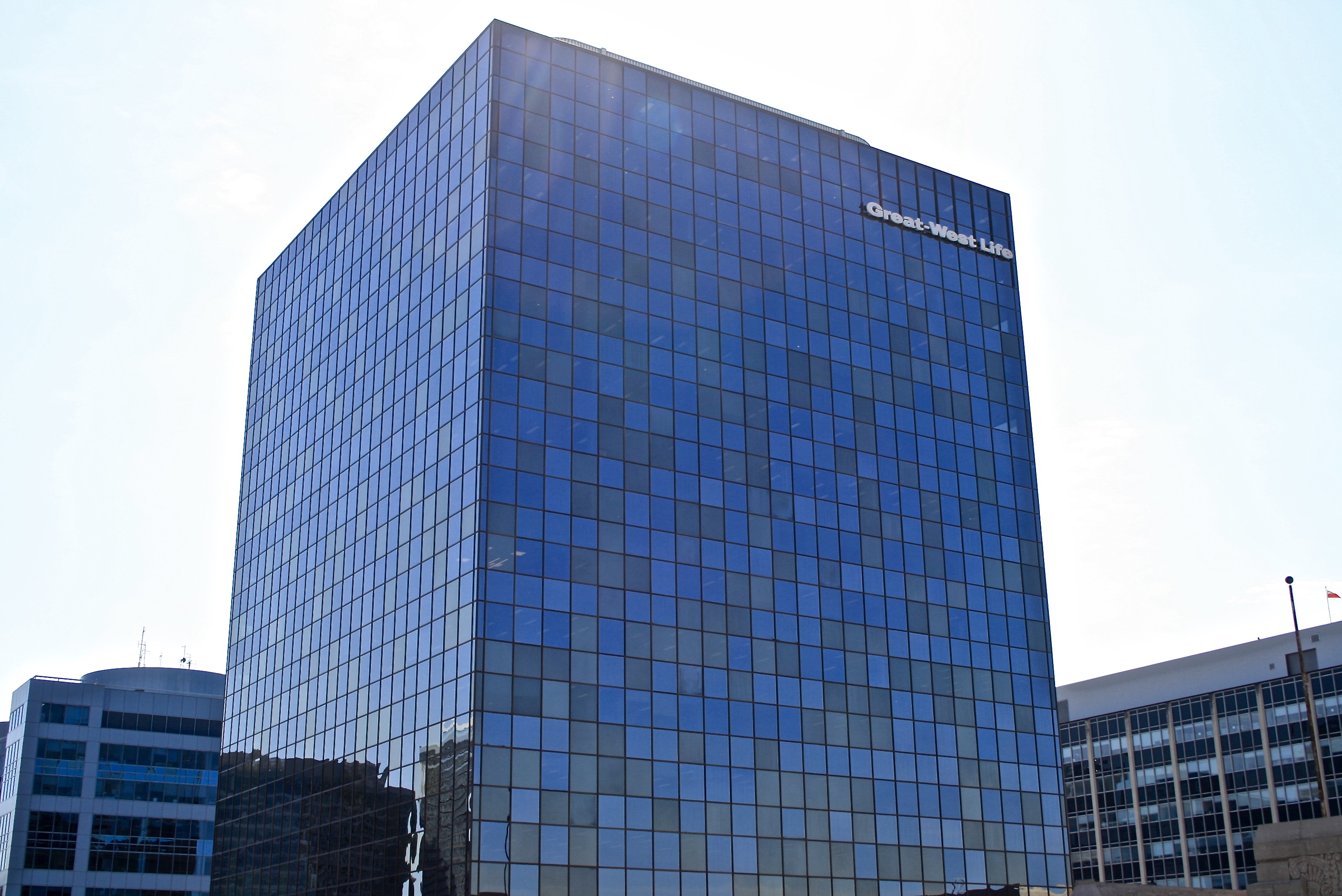 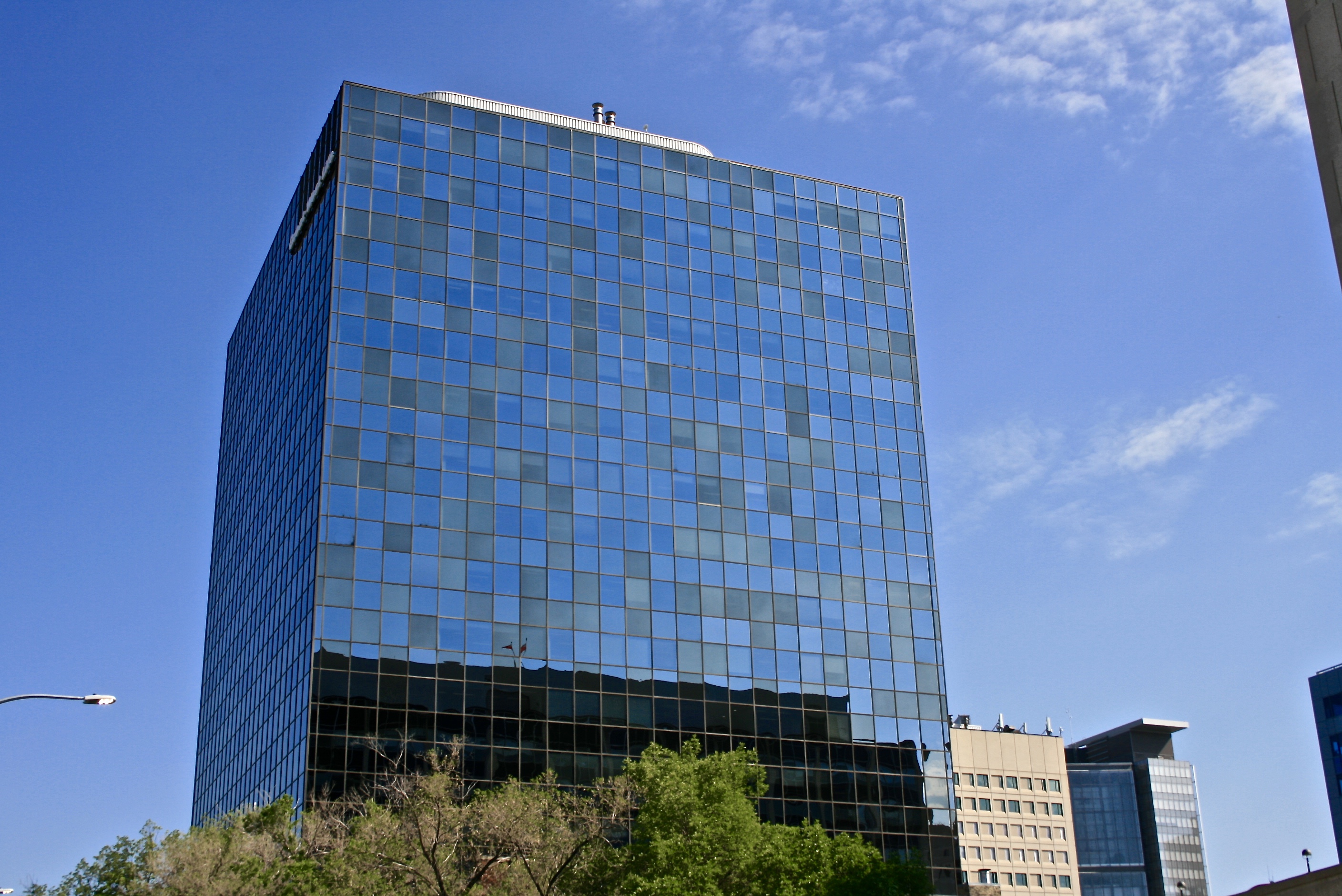 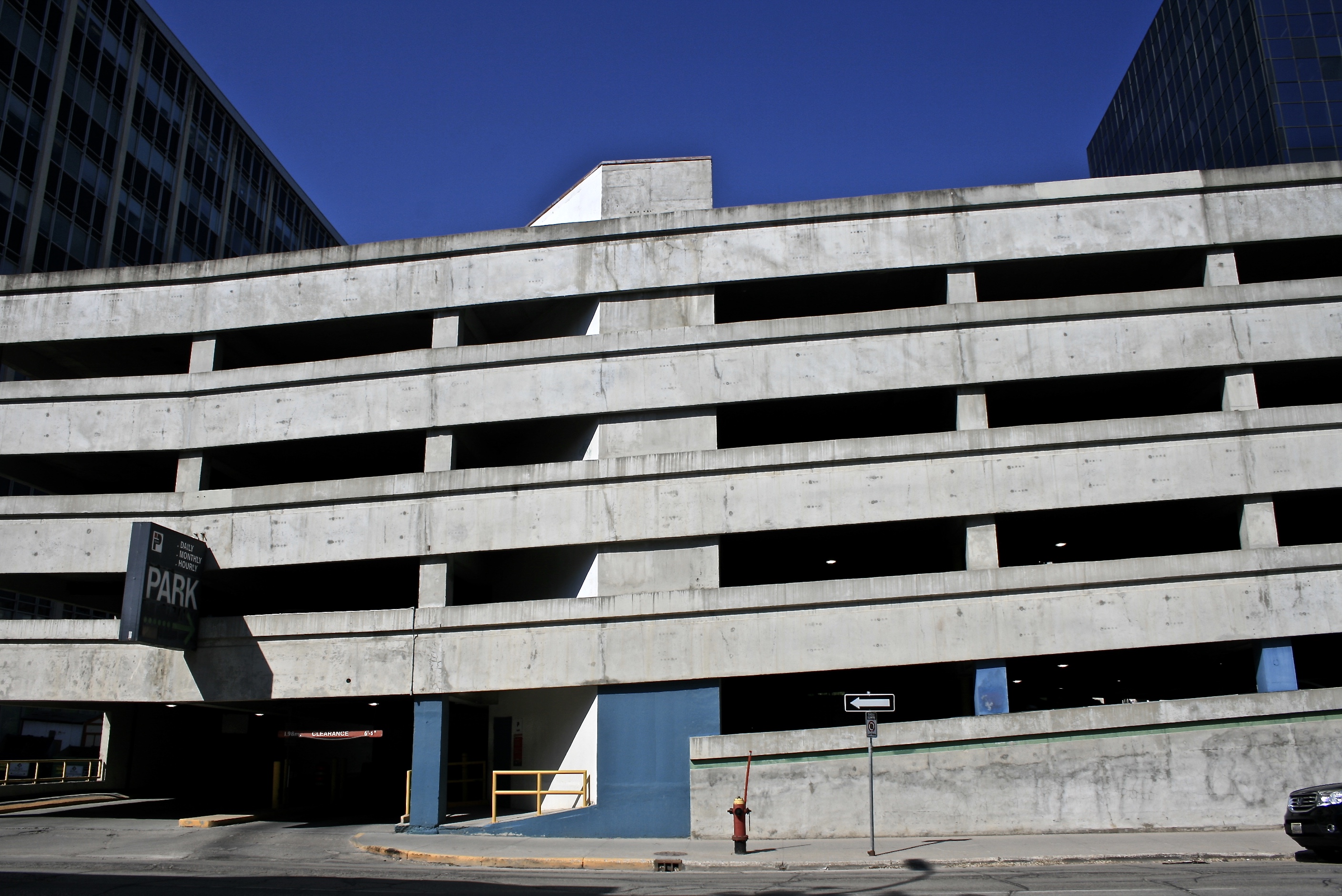 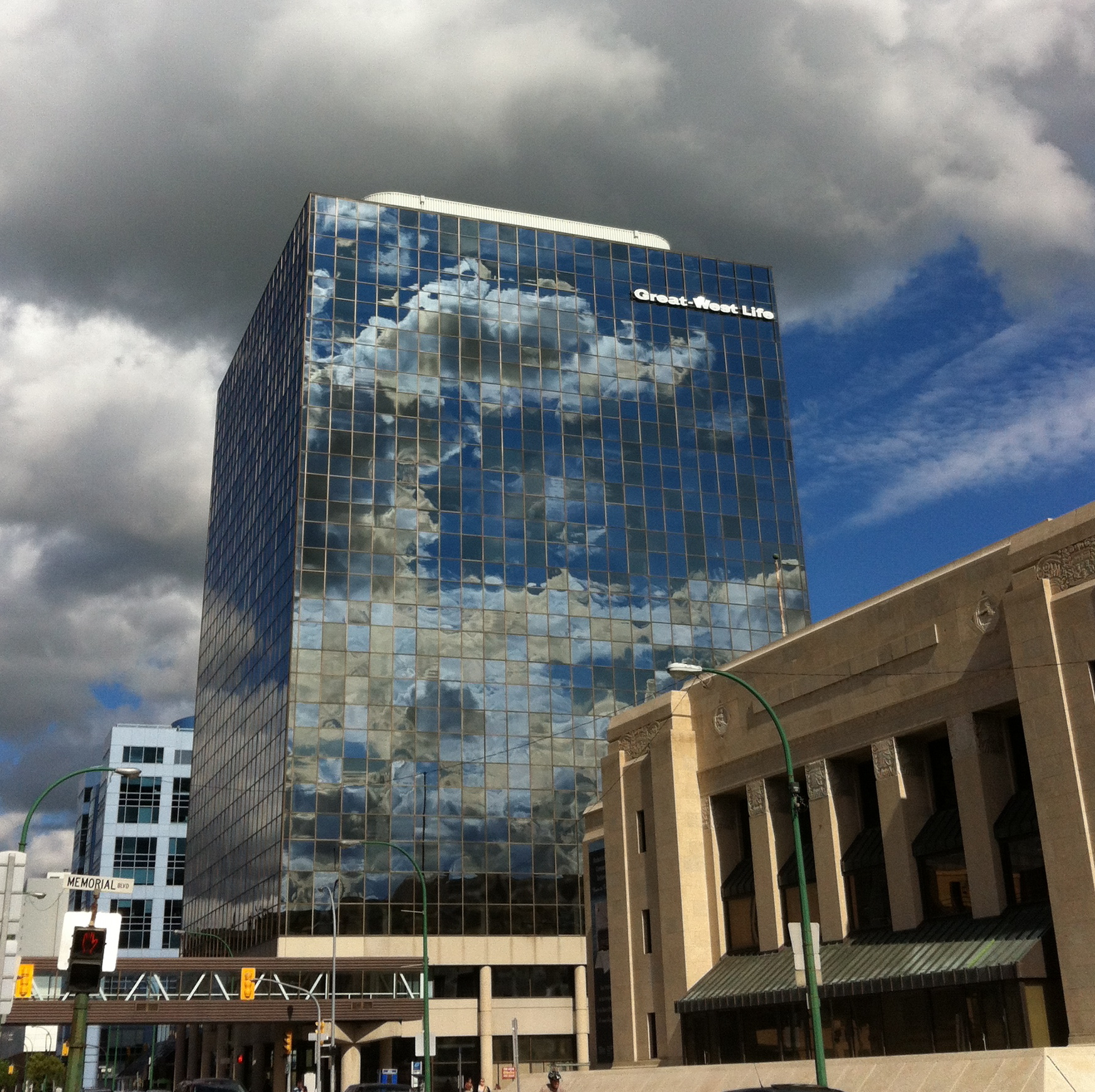 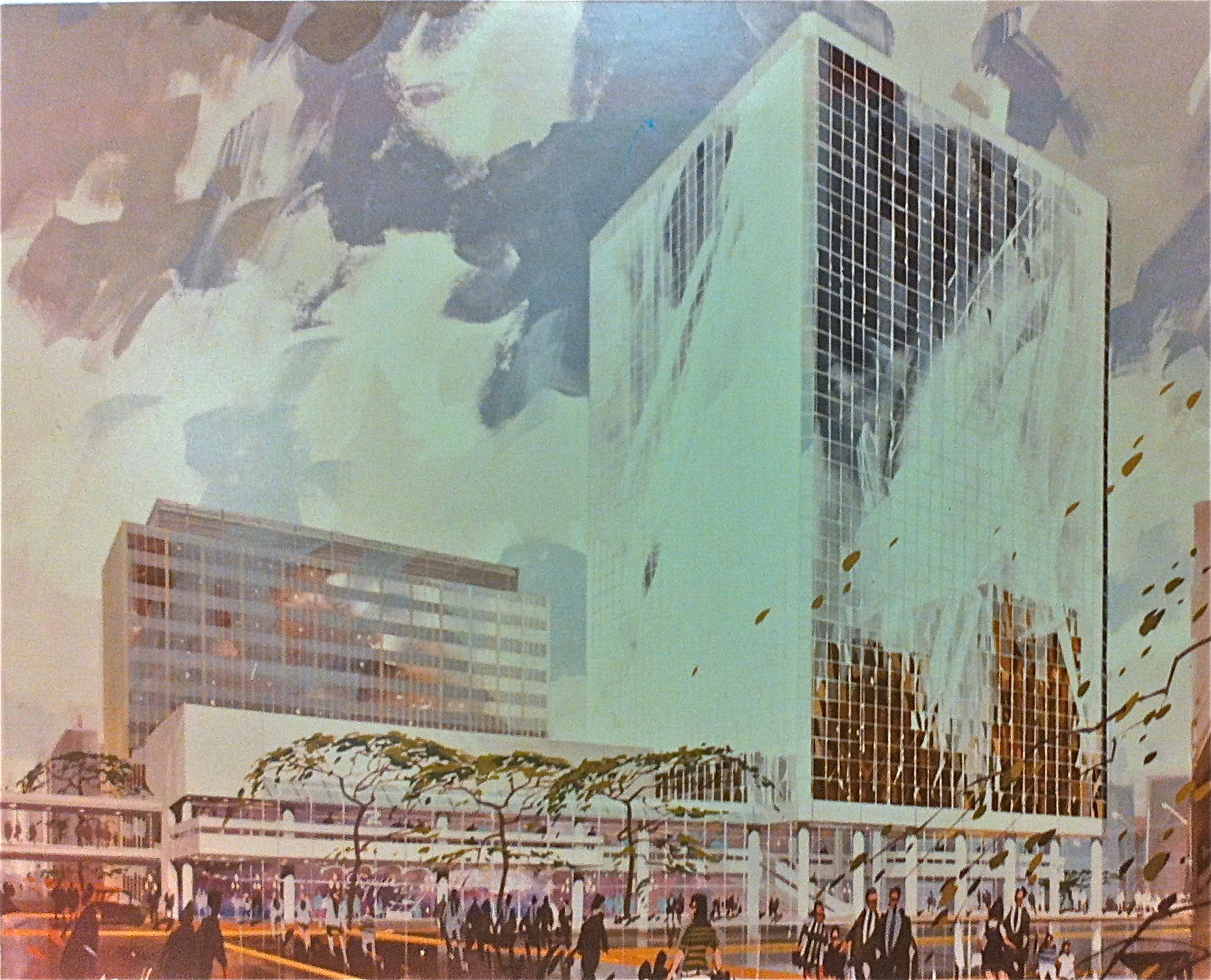 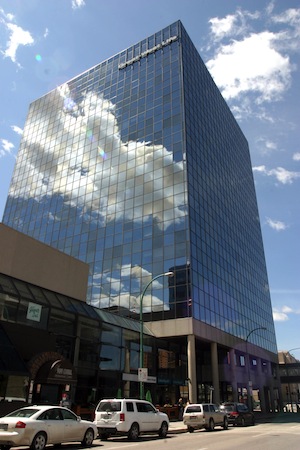 Designed by LM Architectural Group and Number Ten Architectural Group, 444 St. Mary Avenue was built between 1976 and 1977. Originally called Rupertsland Square, the complex includes a seventeen storey office tower connected to a two storey building to the east and a six storey parkade along Kennedy Street. The title ‘square’ referred to all three structures, but was dropped from use soon after construction was complete.

Constructed for use as the head office of Inter-City Gas Ltd., the company moved into the building during a period of rapid expansion. The company later amalgamated with other gas distributors to form a single Manitoba natural gas utility, Centra Gas, in 1991. Centra Gas vacated the building following its purchase in 1999 by Manitoba Hydro, allowing a variety of other commercial and business tenants to occupy the mixed-use building.

The office tower is made up of mirrored glass, giving it a distinct look. The original glass used in the construction of the building had to be replaced due to the harsh winter weather in 1983. The new glass that was used is better insulated to keep the cold out of the building.