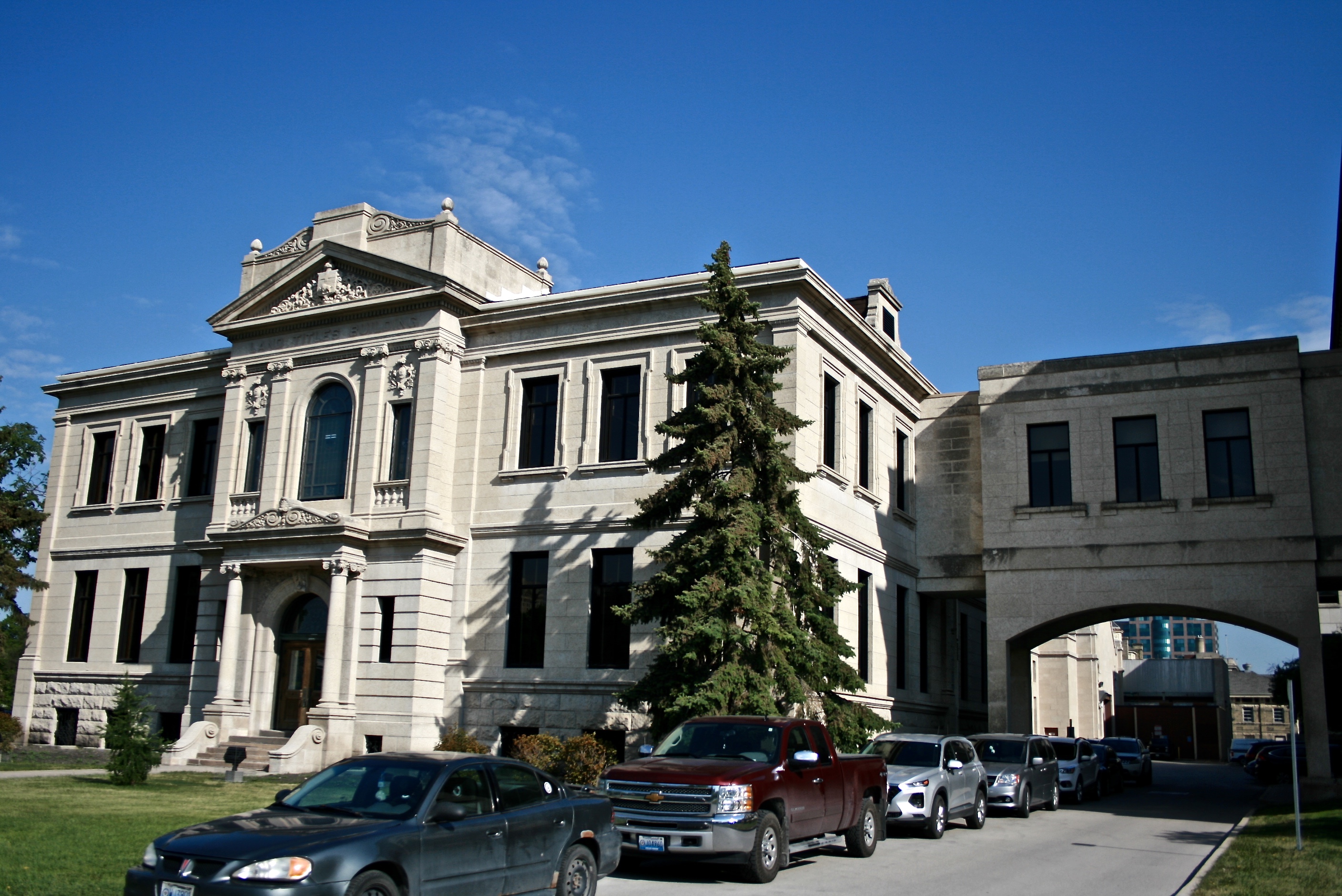 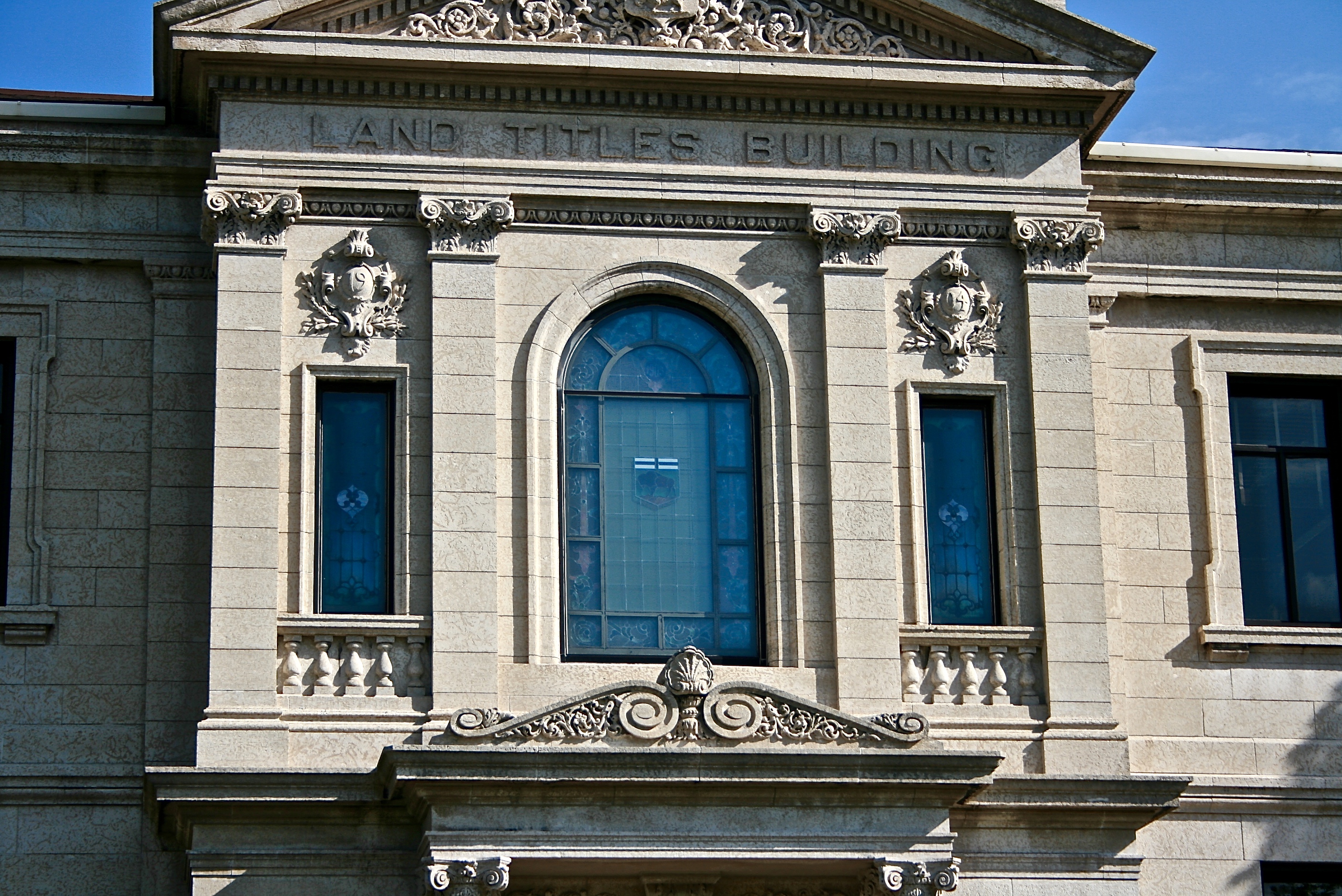 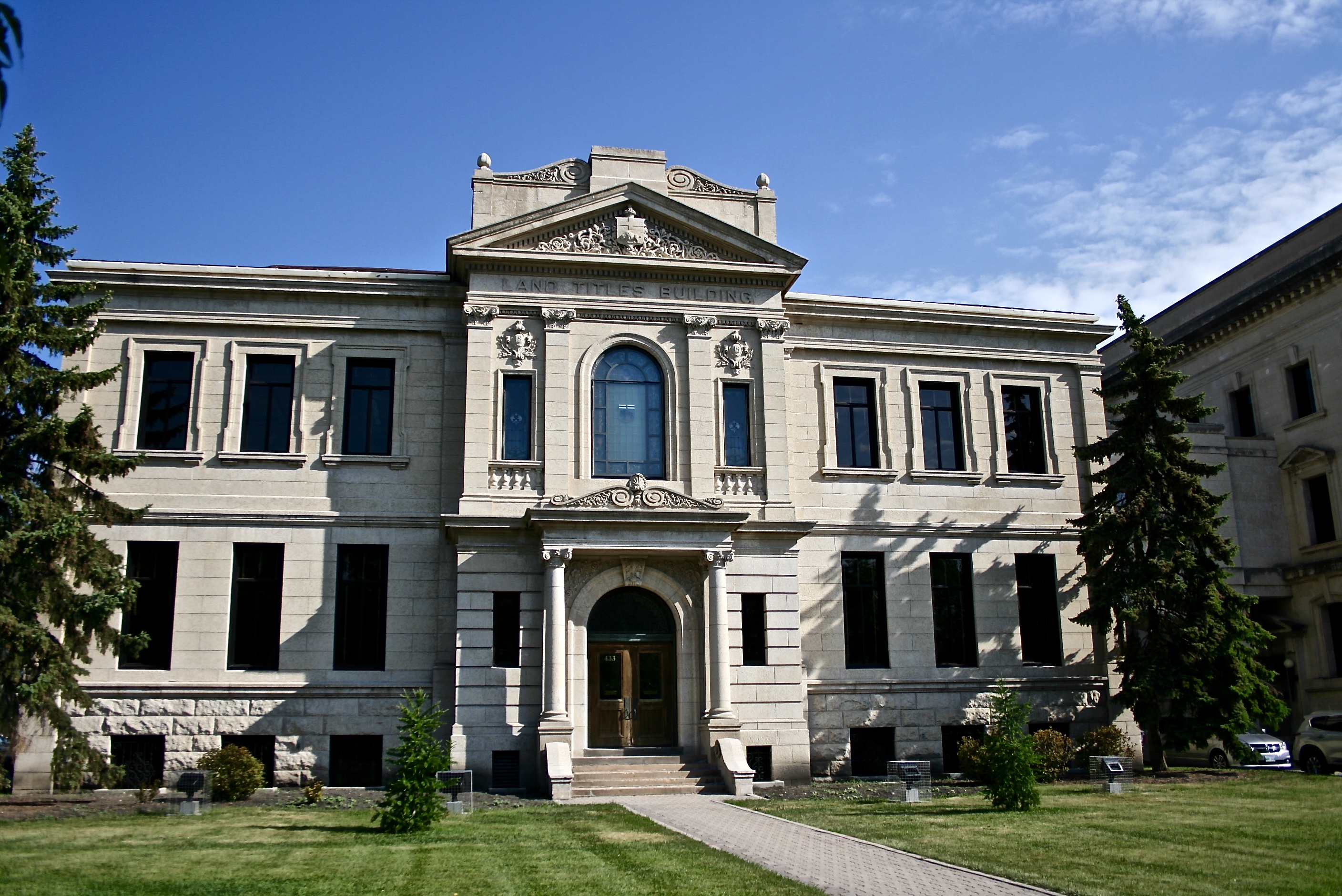 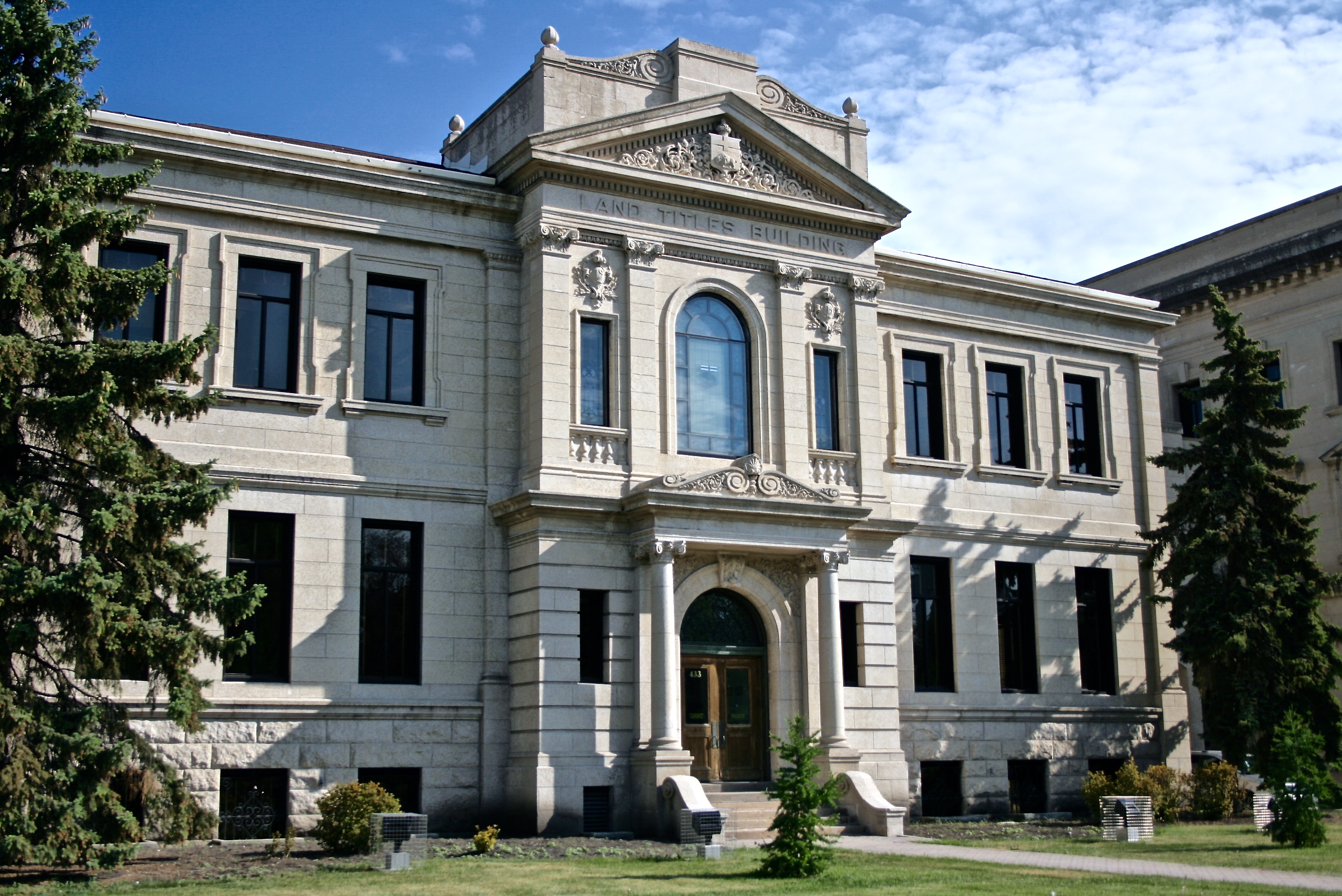 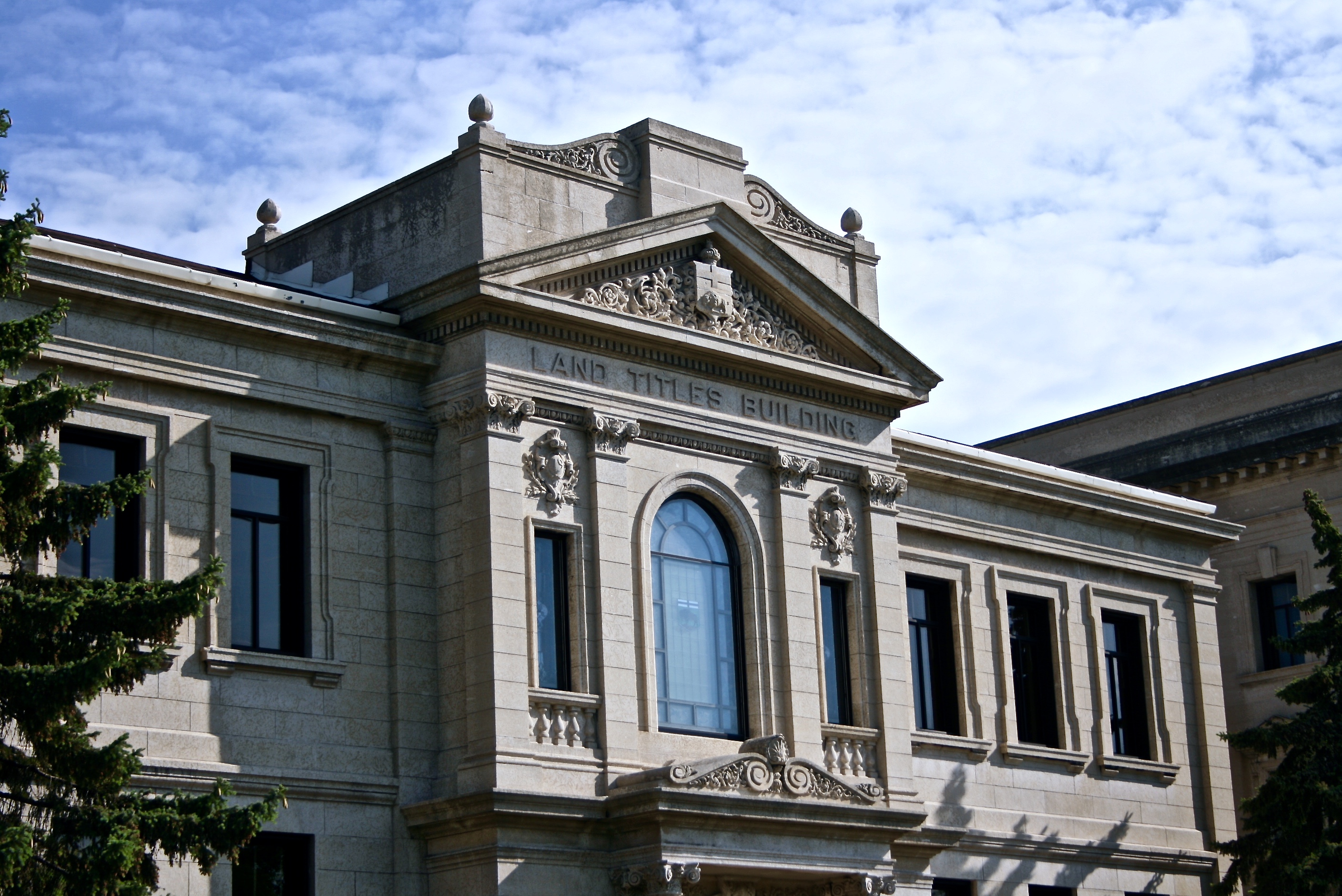 The Winnipeg Land Titles Building was constructed between 1903 and 1904. Samuel Hooper, Manitoba's Provincial Architect, was hired for the design work of the building. The design of the two storey stand alone building was set at a budget of $82,000.

The exterior was constructed with Tyndall stone bricks. Ornamentation of the building is limited to the central entrance and above. The main entrance is flanked by two smooth pillars with ionic capitals. The entrance is also highlighted by the small detailed pediment which sits just atop the doorway. The second floor hold three stained glass windows which sit at the forward facing facade. The windows are separated by four more less protruding pillars. Above the stained glass windows sits the building's title and a much grander pediment.

The interior of the building was constructed with marble floors, and plaster ceilings. The building was designed with a cast iron staircase which leads to the second floor offices.

The building is no longer used as the Winnipeg Land Titles building. Instead the building holds offices for the Department of Education, the Liquor Licence Department, as well as the Winnipeg Police. To facilitate the police offices and the neighbouring law courts building a walkway was constructed between 433 Broadway and 391 Broadway.