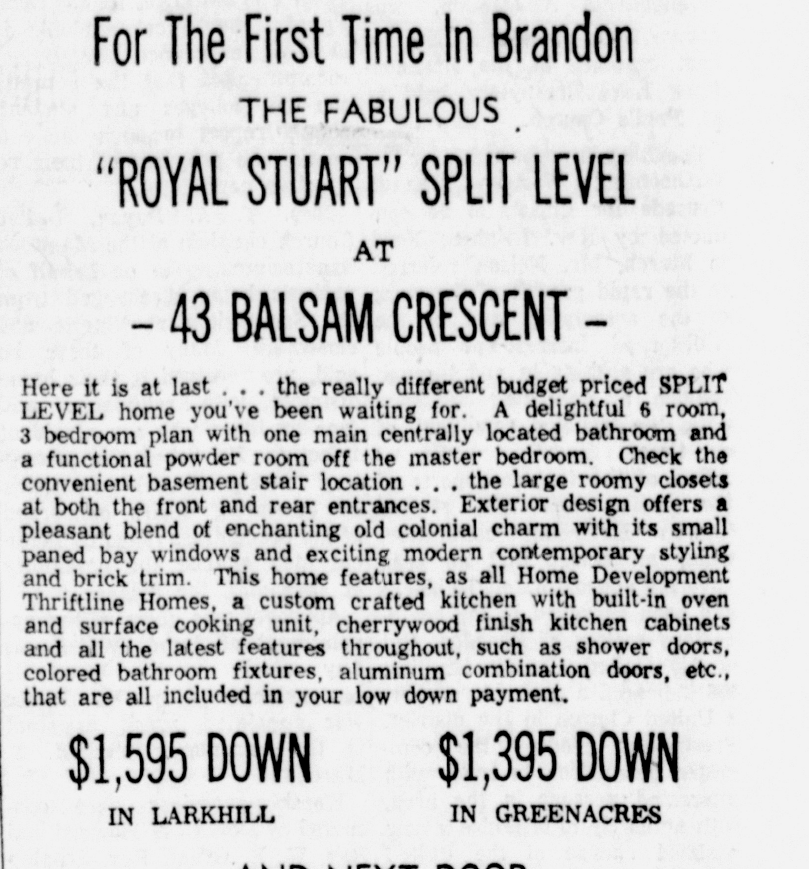 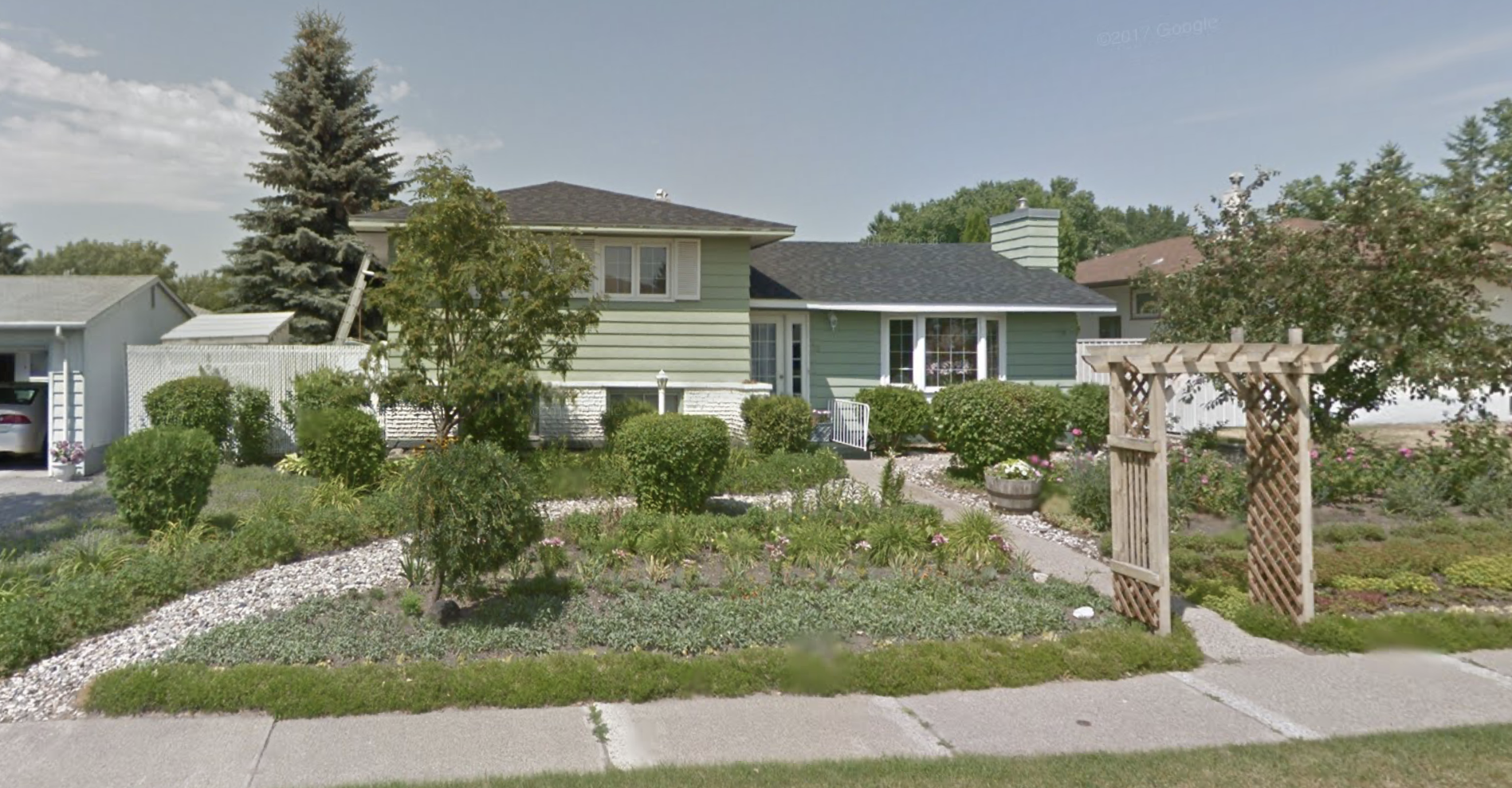 43 Balsam Crescent was built as a model home for the Home Development Thriftline Homes Company. Named the "Royal Stuart" it was described at the time as"fabulous".

Larkhill subdivision, bounded by Victoria Avenue, Park Avenue, 26th Street and 34th Street, is a 30 acre site southwest of Brandon’s centre.1959 was a pivotal year for Larkhill’s development. On the ground, it began with the extension of water mains into Larkhill in the winter 1958/59.

In January, the Provincial Planning Office announced that they were finalizing plans for Larkhill and hoped to have lots available for sale by spring. By mid-May, Larkhill’s registration at Land Titles was pending. Eventually, a total of 348 lots were made available.In March 1959, the City received applications for 215 lots. Jacobson and Greiner alone were seeking 50 lots.