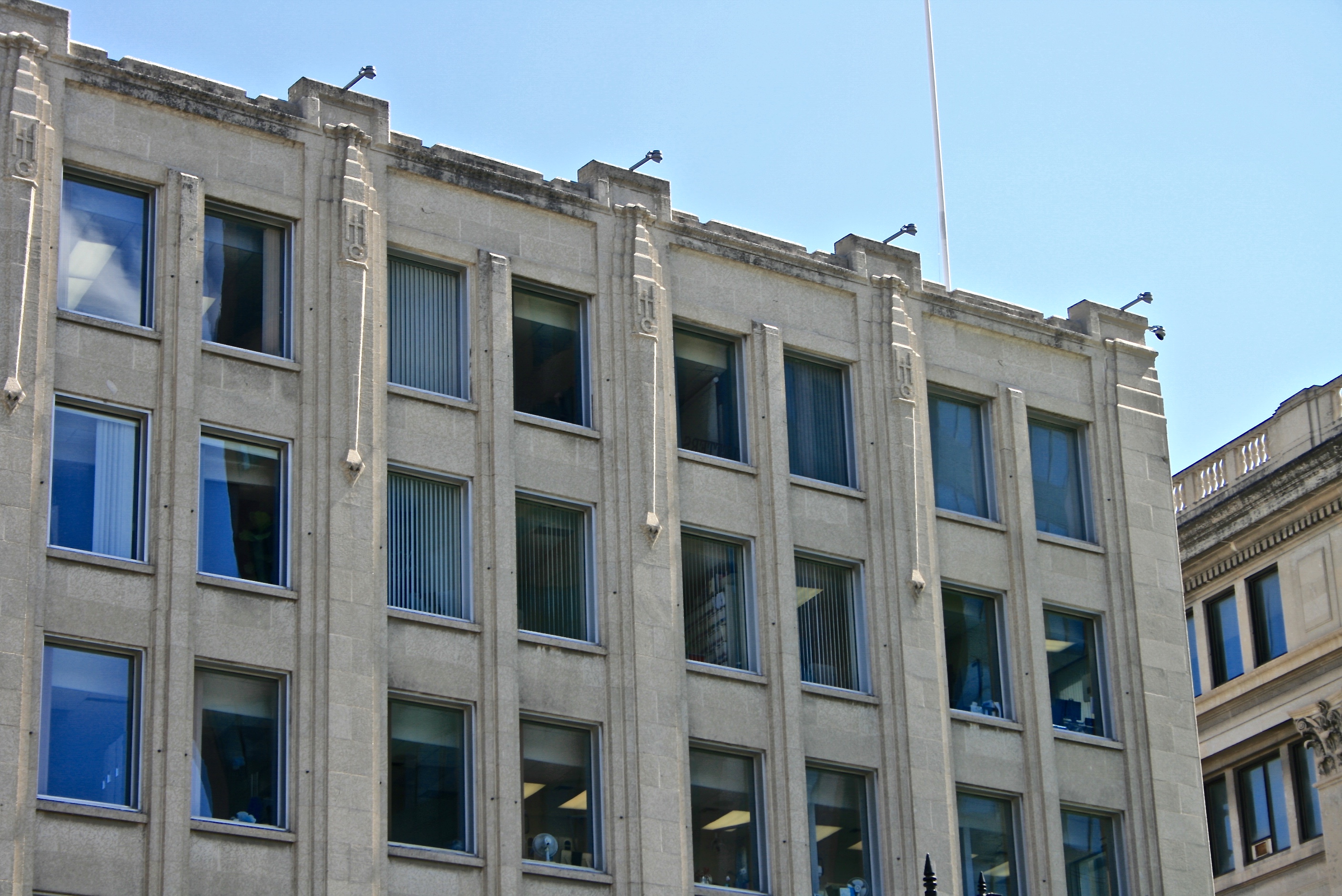 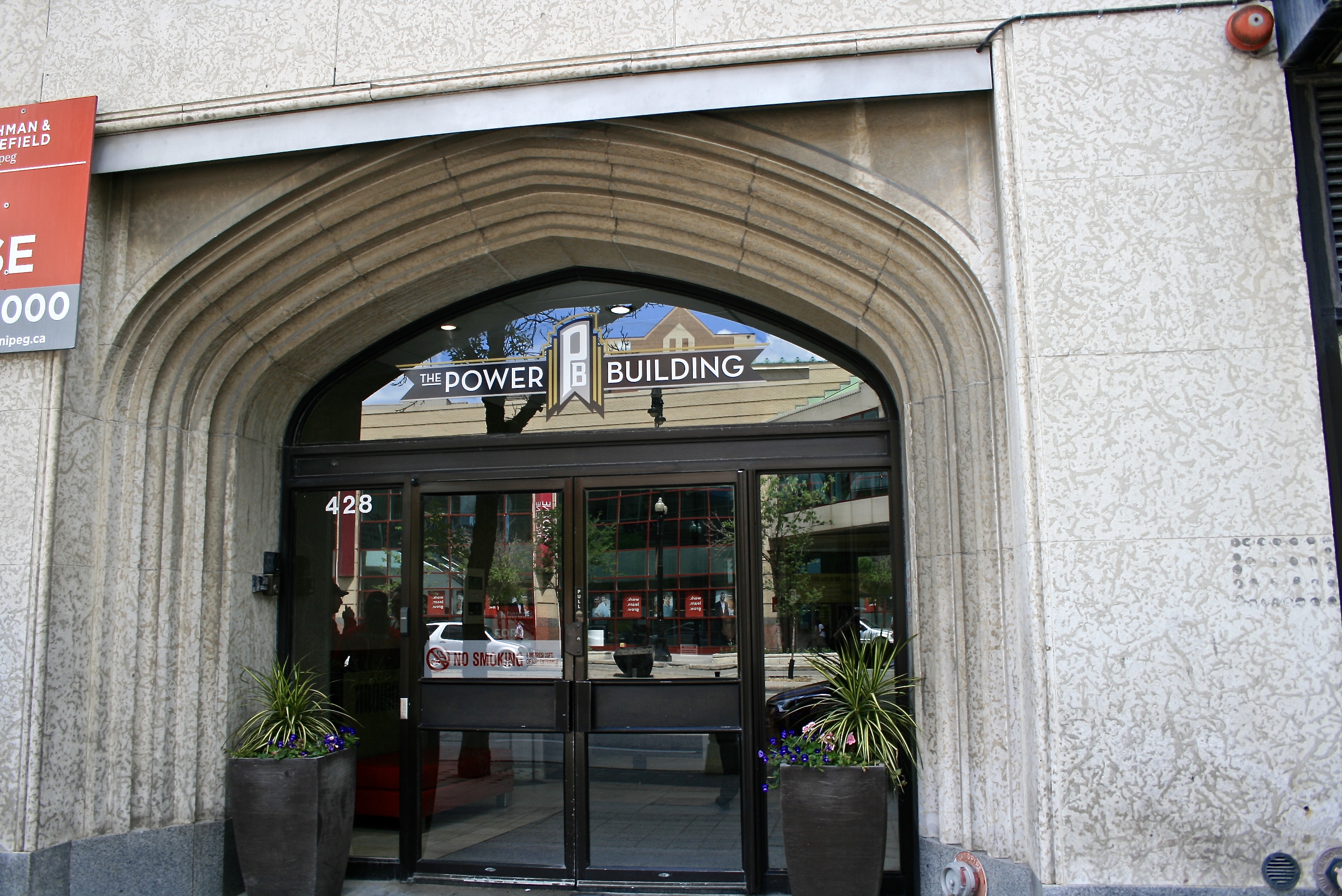 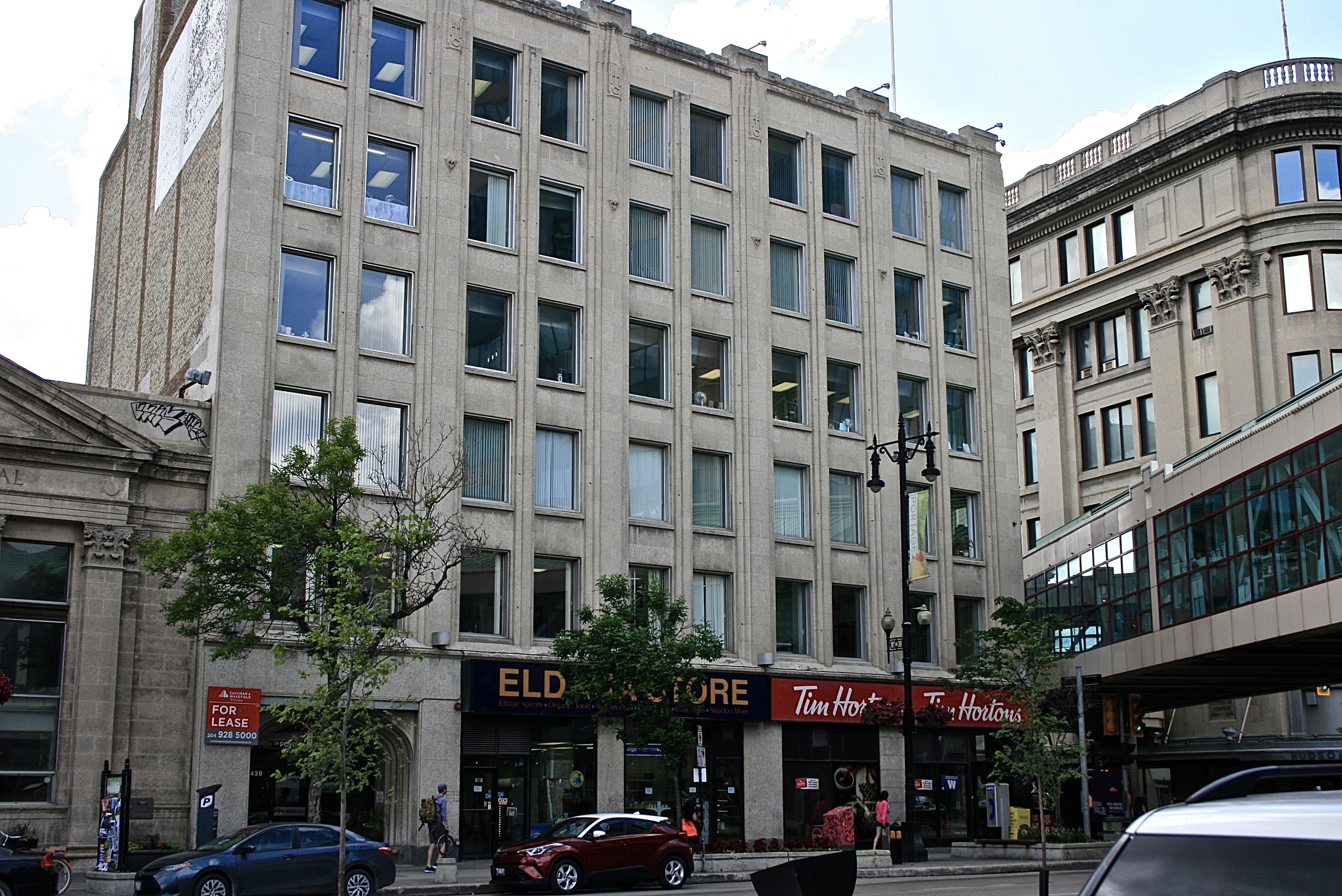 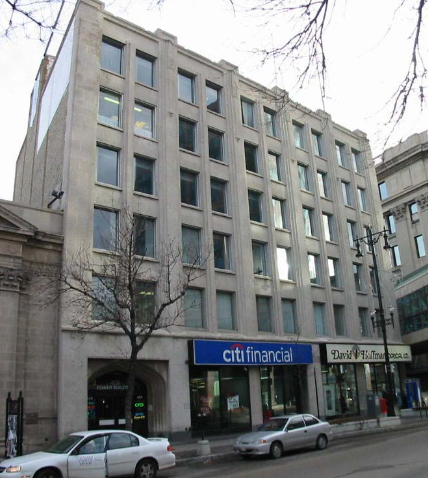 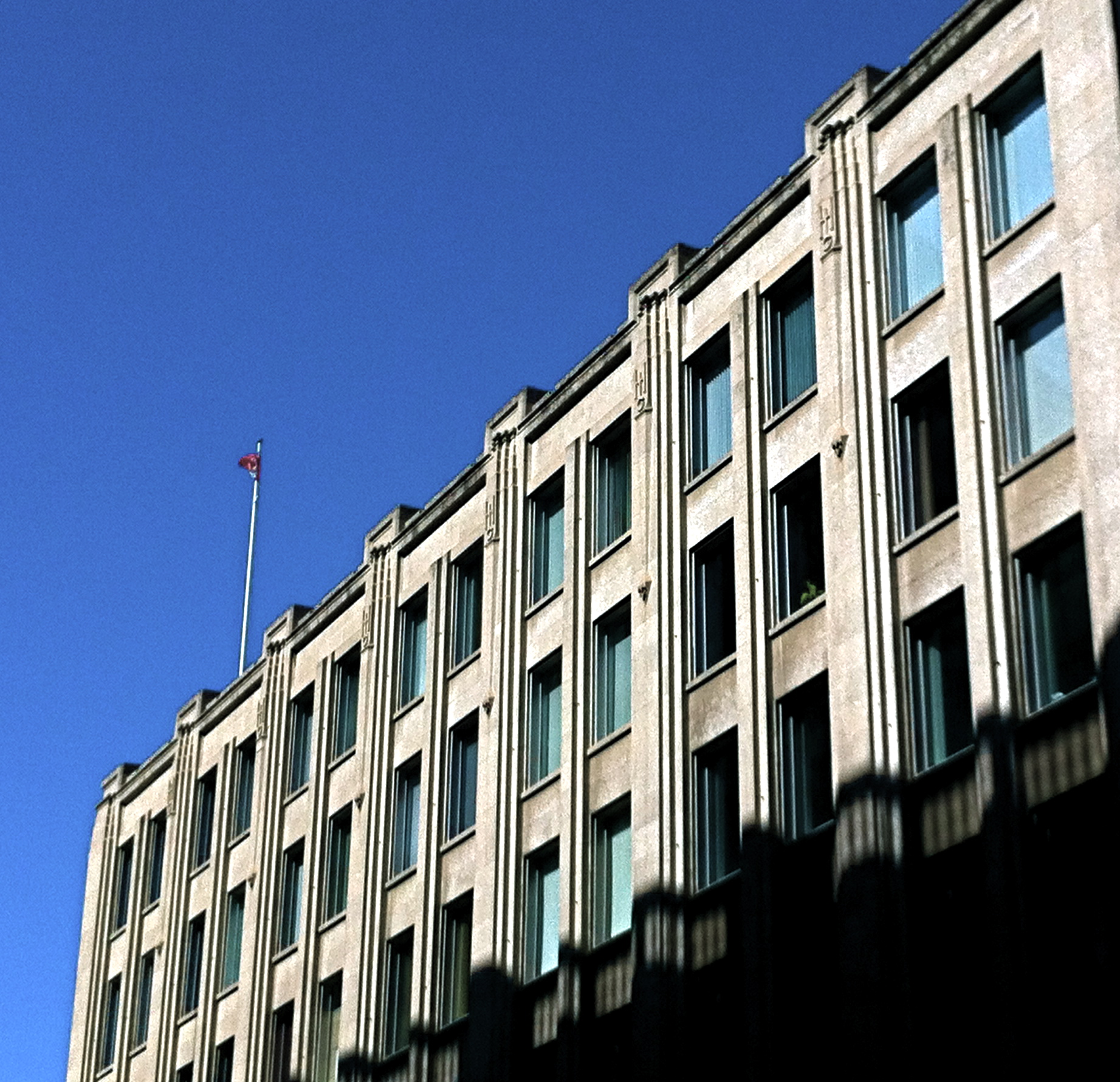 428 Portage Avenue is also known as the Power Building. Built by the financial firm of Oldfield, Kirby & Gardner, the reinforced structure was designed by the architectural office of Pratt & Ross and completed in 1928, two years after its prominent neighbour, the Portage Avenue Hudson's Bay Company department store. The Power Building's façades were conceived in a composite style which melded Tyndall stone elements of neo-Gothic influence featuring with heightened verticality and streamlined, gestures which reveal Art Deco influence. This approach is a hallmark of North American office building design from this decade. The rationale for this modern impression was undoubtedly related to the fact that the first major tenants-to-be were three organizations devoted to electric power: the Winnipeg Electric Company (formerly known as the Winnipeg Electric Street Railway Company), the Manitoba Power Company, and the Northwestern Power Company. The main floor of the structure was for many years used as a retail showrooms for new appliances and other conveniences allowed by electricity; in 1932 a “Radio Salon” also opened in the Power Building, operated by Winnipeg radio pioneer J. H. “Harry” Roberts.

Articles and advertisements for the building at the time of its construction boasted of its modernity, proclaiming boldly such “FACTS ABOUT THE ‘POWER BUILDING’: “The finest gas and electrical appliances show room in Canada will occupy the ground floor. ... The ‘Power Building’’ will be a six storey structure and the most modern building of its kind on the American continent. ... The ‘Power Building’ is further proof of the faith of the Winnipeg Electric Company and associated companies in the future of Greater Winnipeg.” Descriptions also made clear that the structure would “conform to the imposing type of architecture and appearance required in the Memorial Boulevard area while it would also be a “‘Made-in-Manitoba’ building so far as conditions will permit.” A second showroom on the ground floor also held the modern clothing shop Madame Louise which offered streamlined fashions and “mannequins wearing Parisian and New York models, as well as creations from other style centres.” The building's aesthetic was echoed in two other downtown Winnipeg structures built soon after: the Canadian Wheat Pool Building (at 423 Main Street, 1929) and the Manitoba Telephones Building (166 Portage Avenue, 1930).