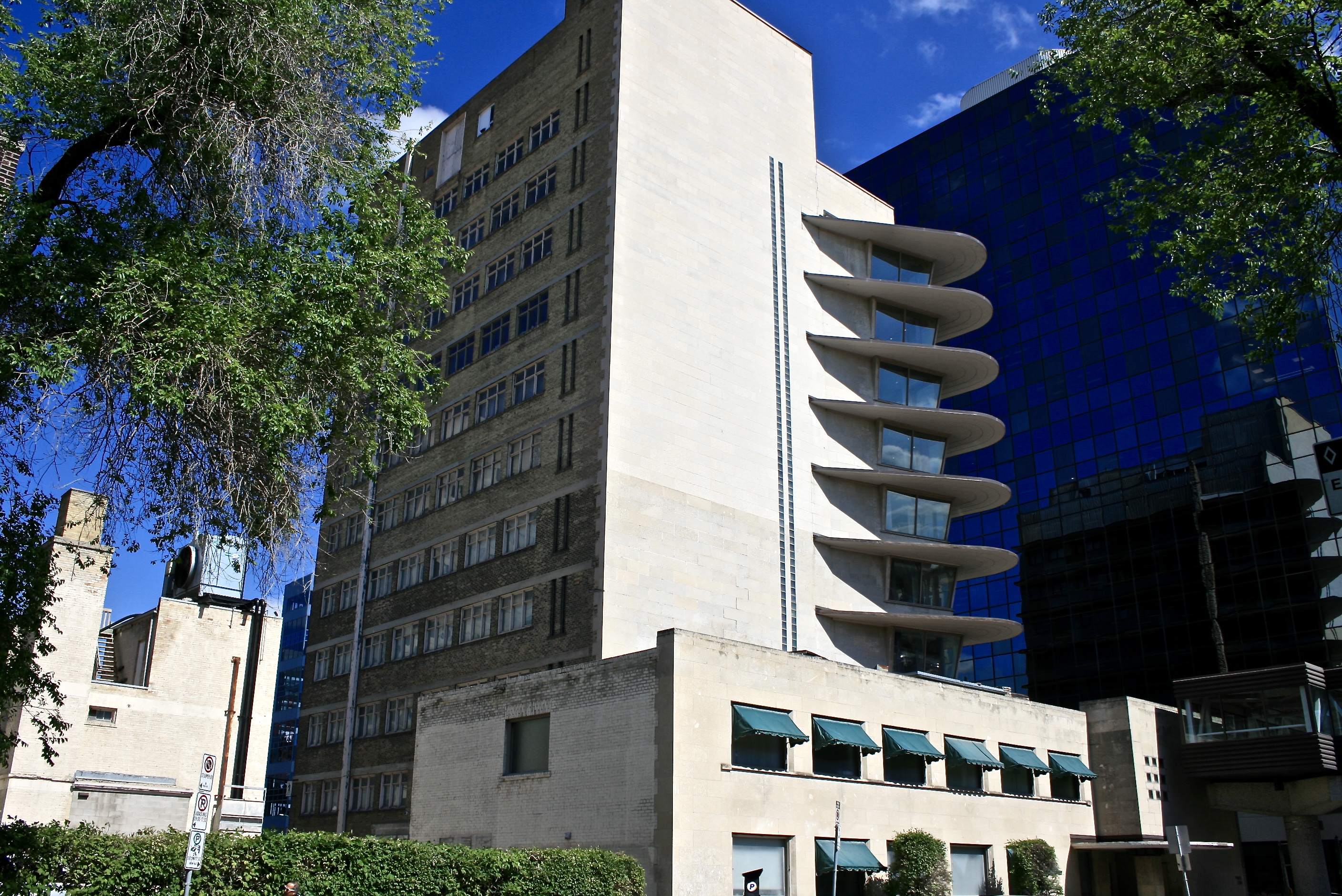 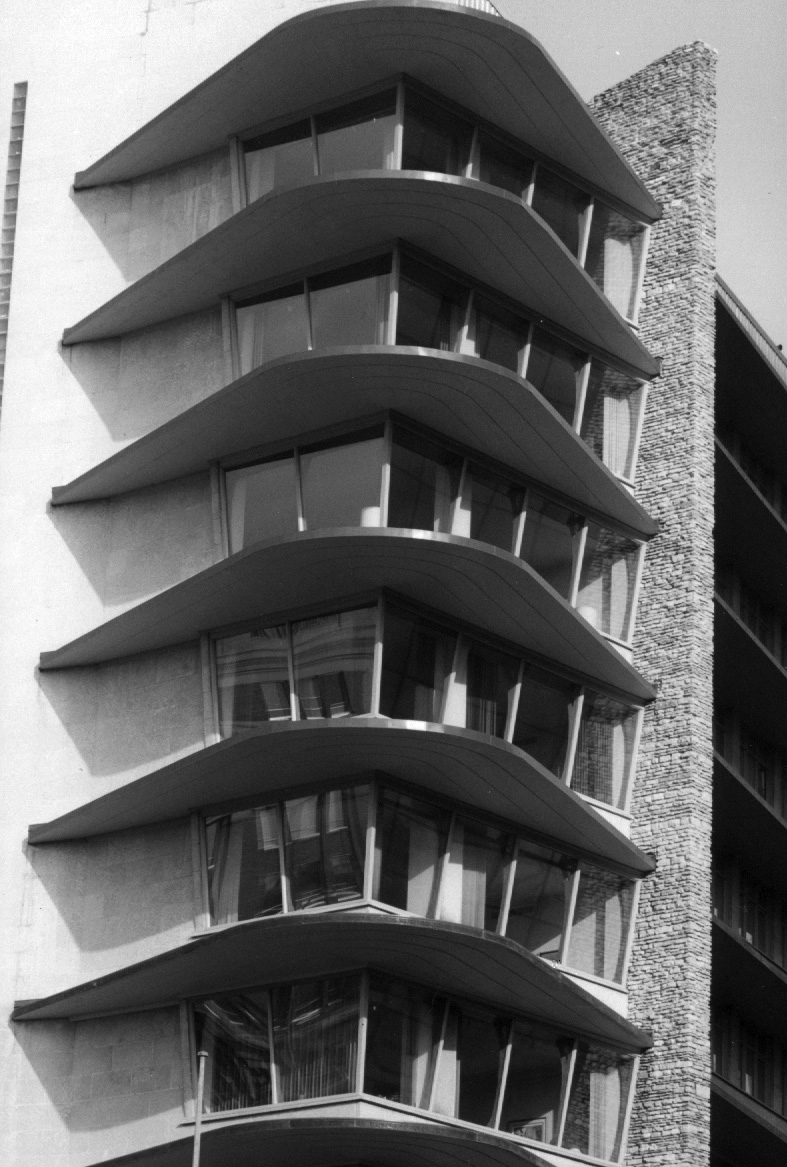 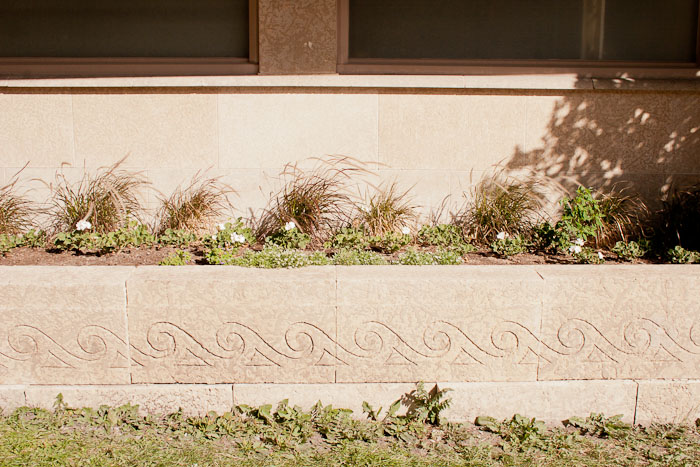 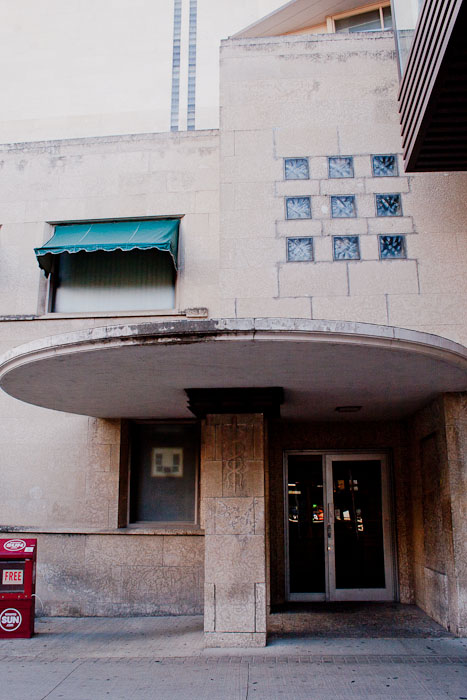 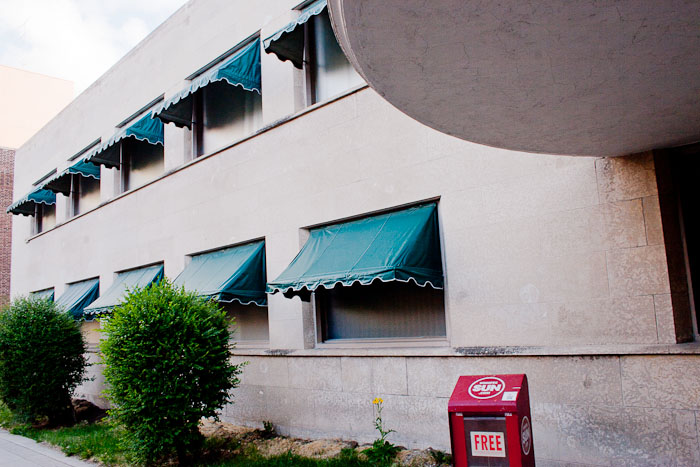 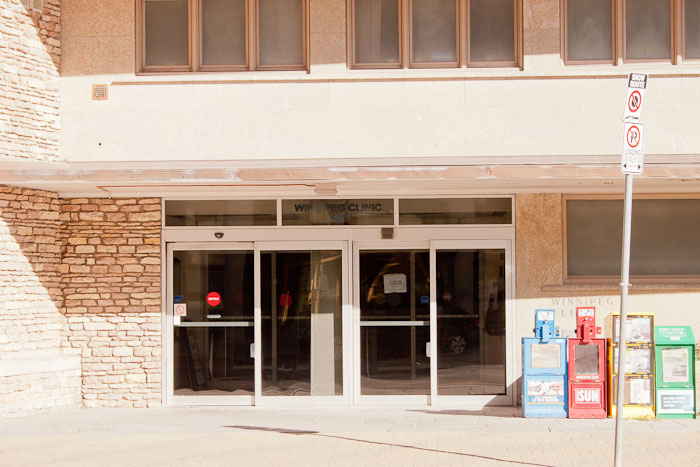 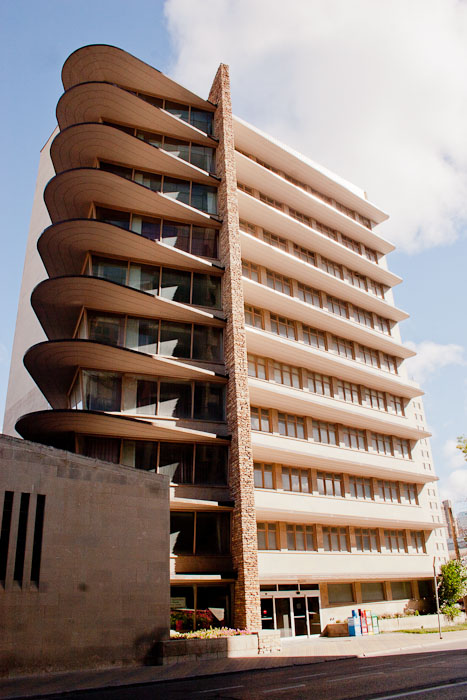 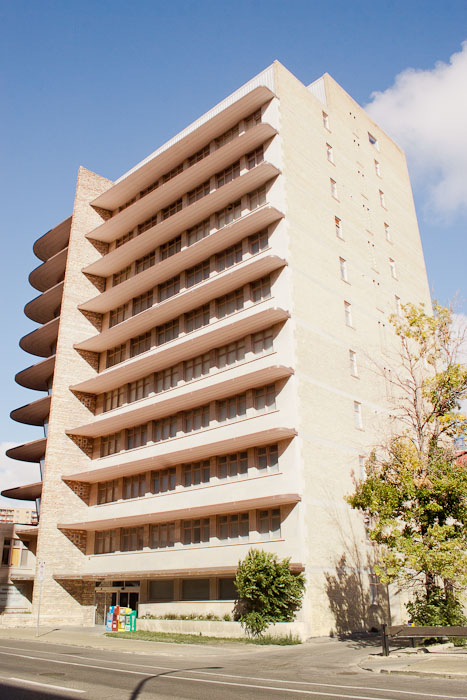 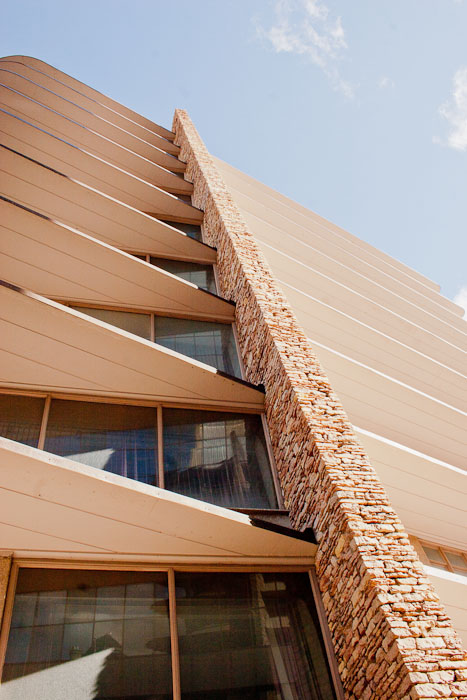 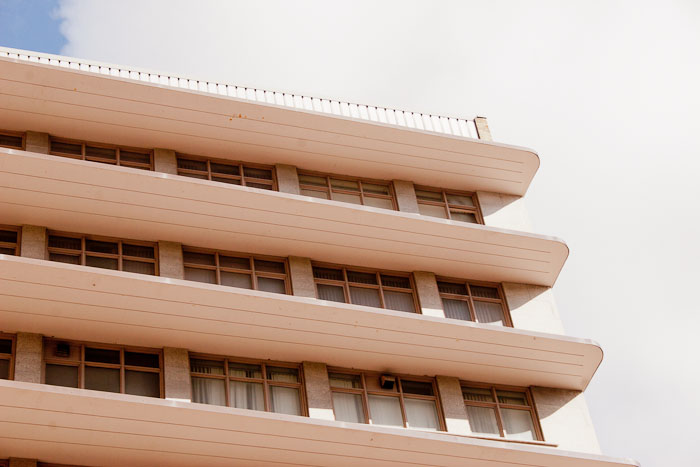 The distinctive curved lines and layered canopies of the Winnipeg Clinic make it a familiar landmark in Winnipeg's downtown. The building is composed of two distinct masses, a squat rectangular lower volume and an adjoining 12-storey tower with jutting winged canopies over slanted corner windows. A separate, unattached two-storey powerhouse, on the north-east portion of the site, completes the complex.

The original two-storey clinic was constructed in 1942 on land donated by Dr. Paul H.T. Thorlakson. Planning for the clinic began as early as 1938, when Thorlakson was in practise with Dr. Neil John Maclean. The intention was to build a combination medical clinic and research institute.

Local contractor Frank R. Lount and Son designed and built the structure. Frank Lount came to Winnipeg from Ontario and became a successful builder and late developer whose impact has been significant, most notably in the St. James neighbourhood. Together with his son, William D. Lount, who was trained in architecture in California, Lount developed the Silver Heights Area in the 1950s as well as several commercial properties and apartments in the area. Their use of distinctive rough-hewn pink limestone is a trademark, here used on a wall projection to accent the tower's corner canopies. Lount Senior and Junior designed and constructed both the original clinic and the first major addition in 1946.

With its sparse lines and plain face, the early clinic echoed the Art Deco Winnipeg Auditorium across the street. To reduce any impact on essential war-time supplies of steel, the clinic is a solid masonry structure. It has two storeys, with a sash window along Vaughan Street and a ground-to-roof glass brick corner window. Three additional glass-block columns on the south elevation provide light to an interior stair landing. The building is sheathed in limestone, its colour matched in the 1946 addition. The later 1956-60 addition's pink limestone is a slightly lighter shade. This pink-hued limestone had not previously been used or sold by the quarries. It had been stored underwater and was of a grade that could not be cut into the standard four-inch thick sheets normally used for architectural cladding.

A major addition was made to the Winnipeg Clinic after the war. In 1946 the Lounts were awarded the task of tripling the capacity of the 1942 building. They opted for a more modern look that used the St. Mary portion of the site. With dimensions of 77 x 63 feet, the new clinic offices rose five storeys and were constructed at a cost of roughly $350,000.

The 1946 addition gave the Winnipeg Clinic a more contemporary look. The addition featured banks of windows on the building's south elevation, shaded by massive canopies that seem to pass through the stone divider. These windows are in the central waiting rooms of each floor. The interior matches the exterior features; a curved information desk was located in the main hall. A new elevator was also added, and its rooftop housing was similarily clad in pink limestone.

The clinic erected its own powerhouse in 1946 to meet the demands of more sophisticated machines that required a guaranteed source of power. The structure was utilitarian in appearance and contained boilers, a transformer vault, a laundry sterilizer, an air conditioning unit, a coal bin, and a lounge and kitchen for its growing staff. By 1951, there were 42 medical doctors in the clinic, which supported nearly 100 ancillary staff.

Another major addition, launched in 1959 and completed in 1961, added six storeys and a penthouse, bringing the building to its current size. This time, Frank R. Lount and Son was the contractor for a design developed by Winnipeg architects Waisman and Ross. Changes in medical engineering that occurred from 1946 to 1959 required updated mechanical and electrical service. This final addition also used concrete, steel and masonry, with precast floors. The cost was $395,000.