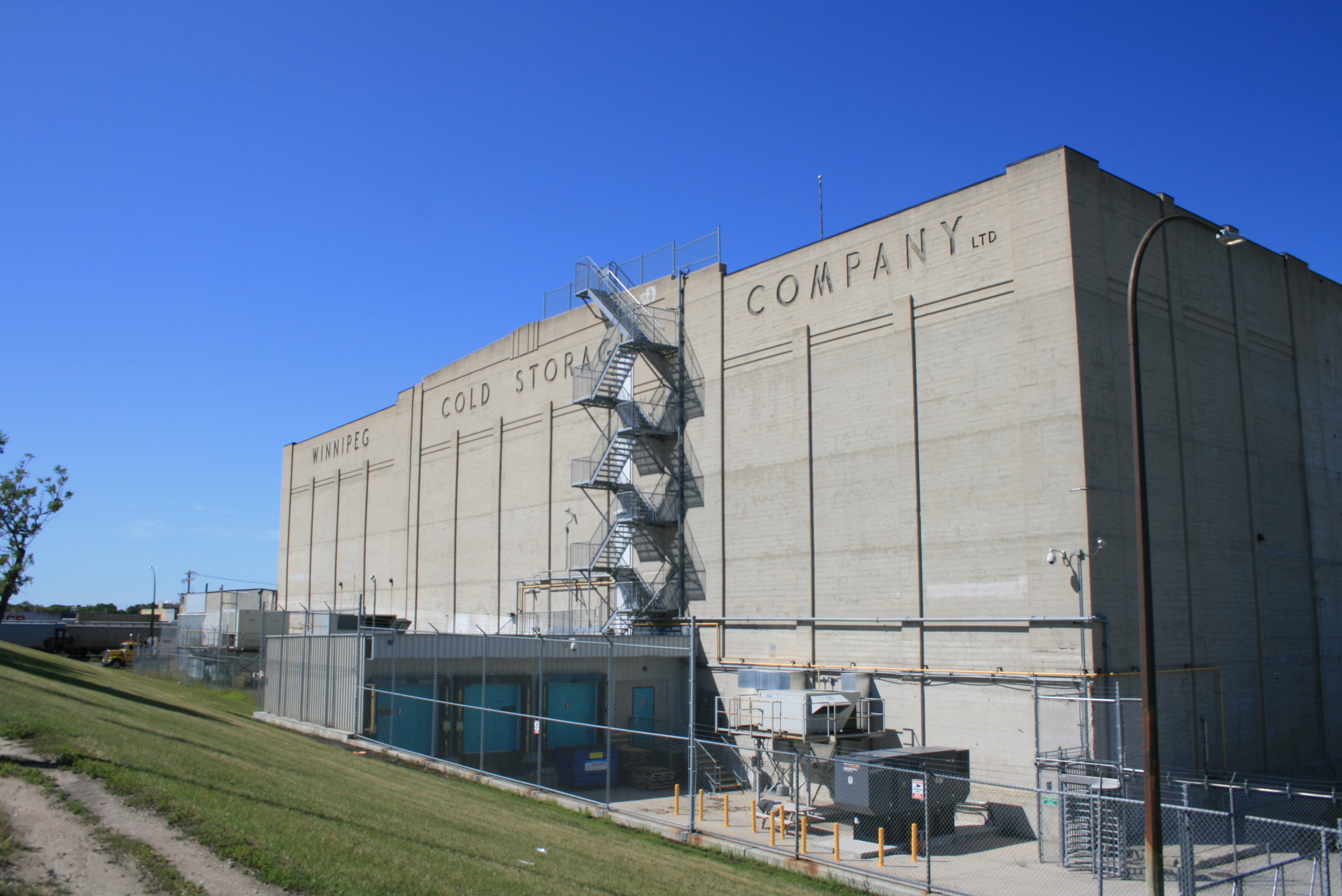 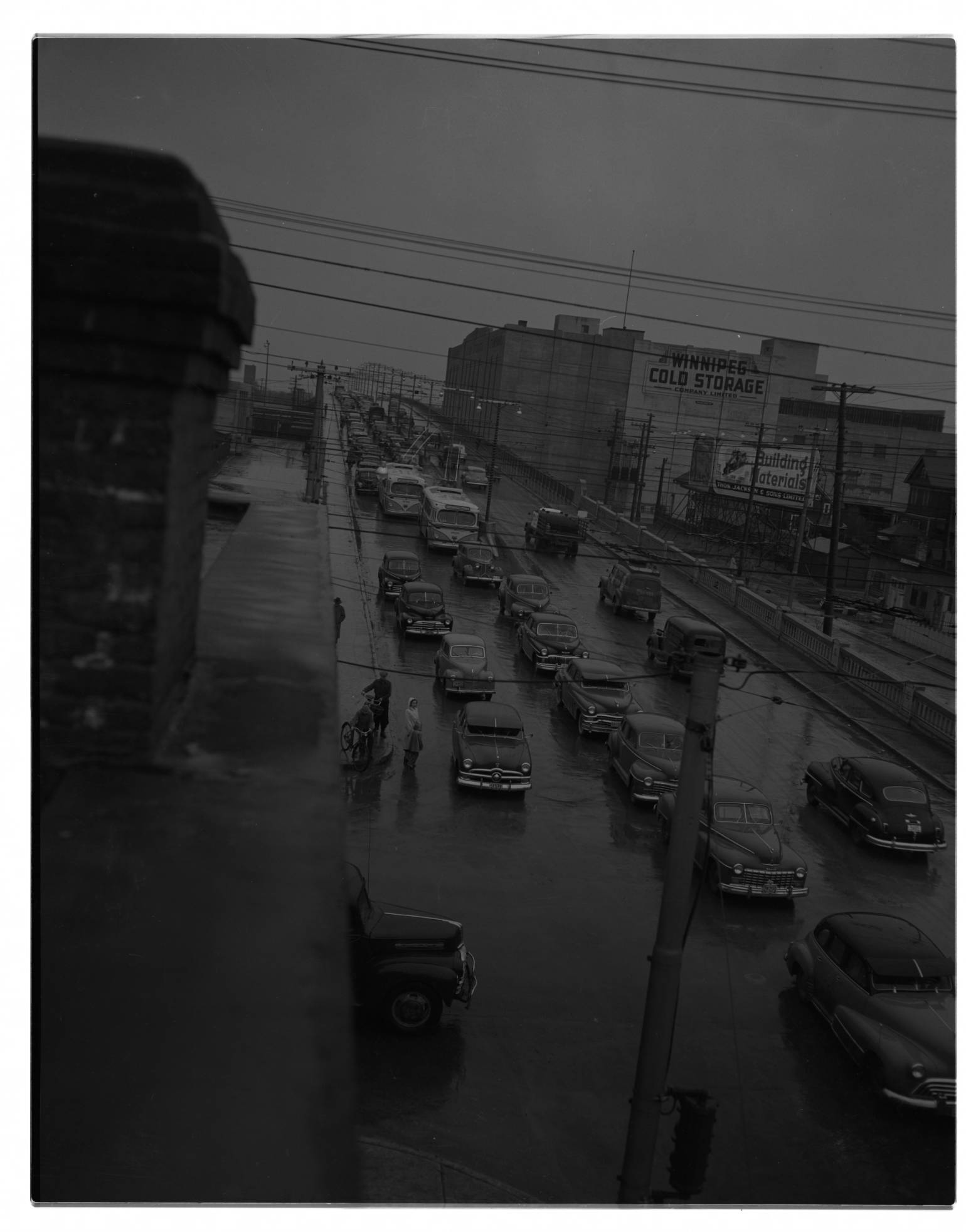 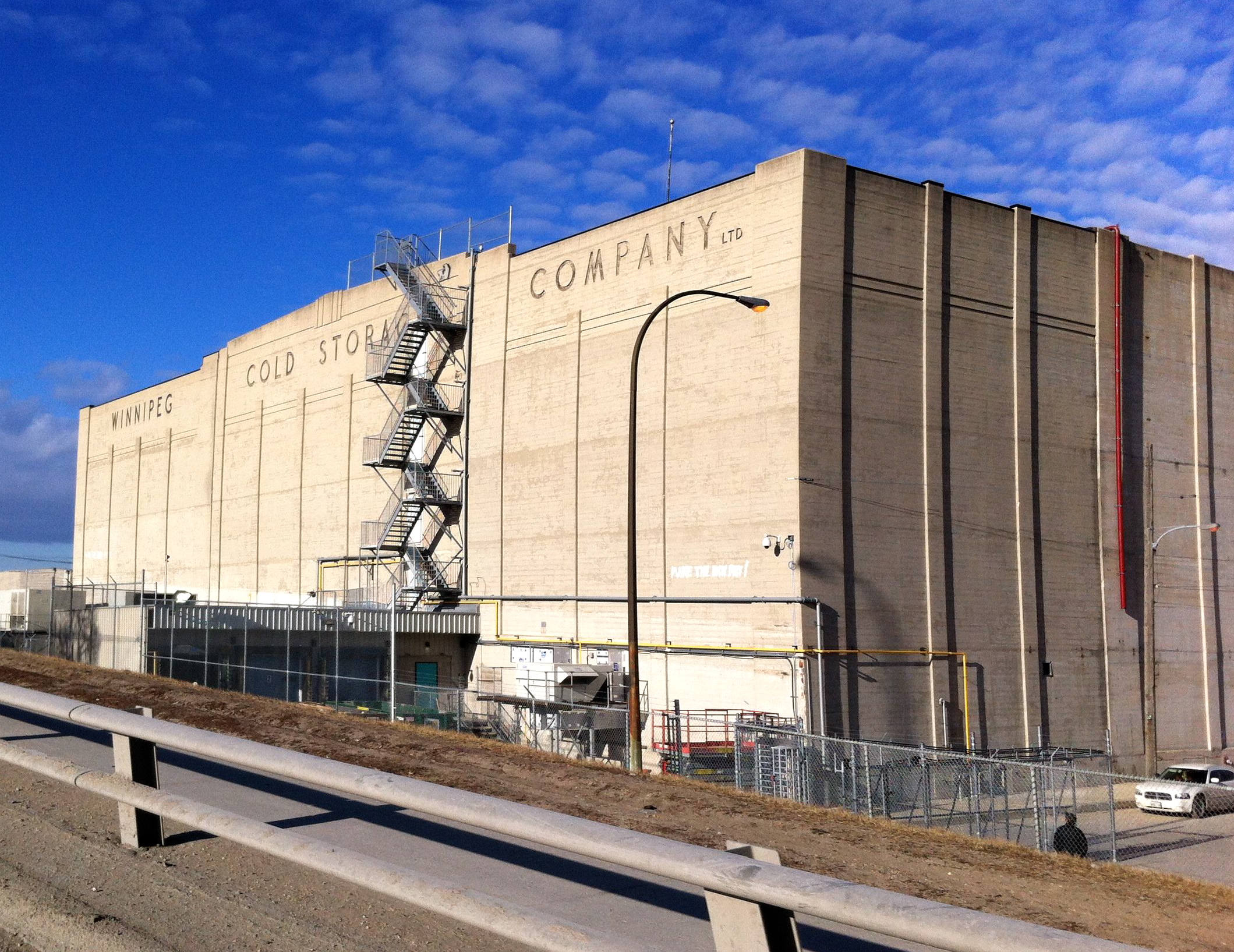 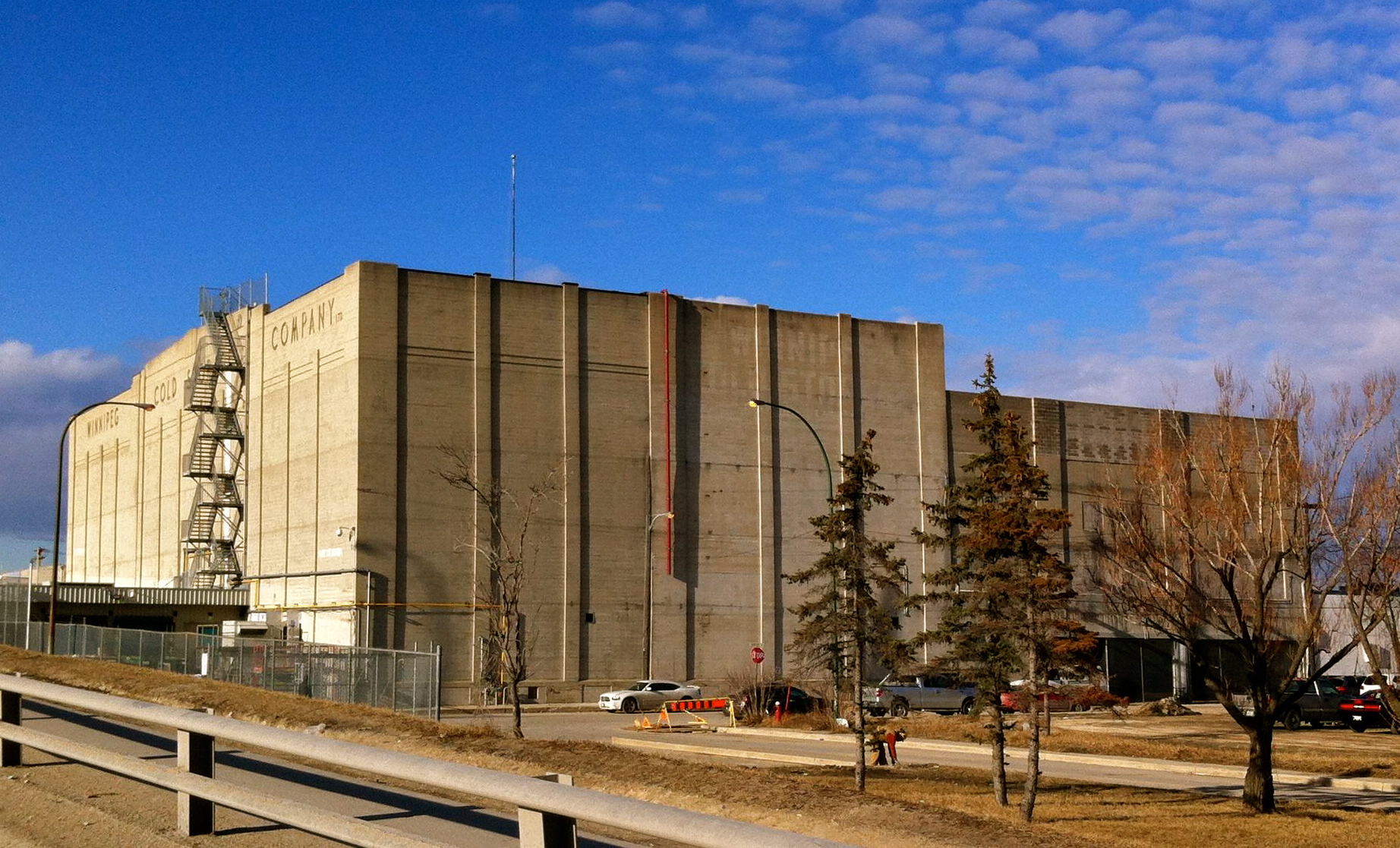 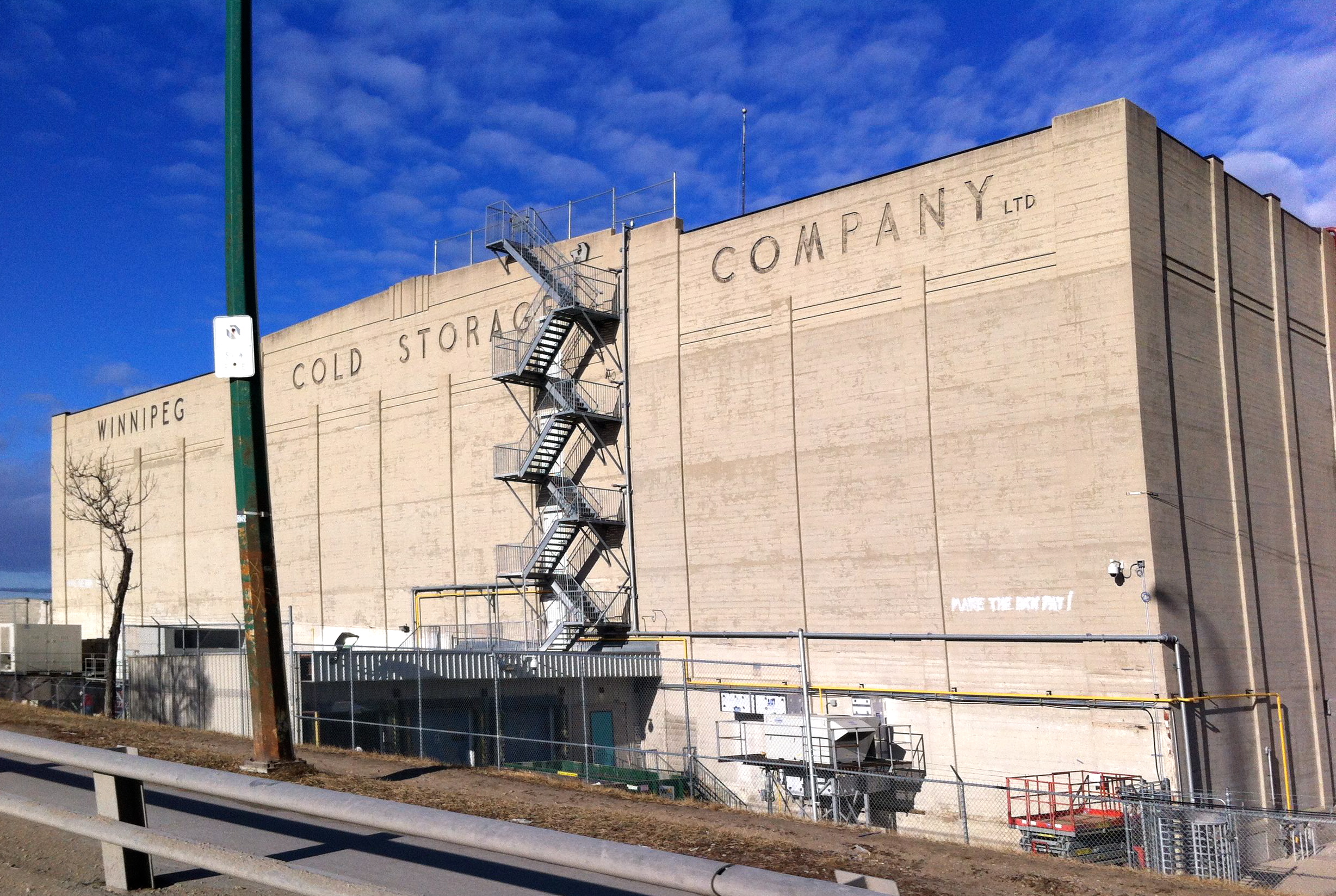 The Winnipeg Cold Storage Company Limited Building stands as an enormous and impressive landmark adjacent to the city's Salter Street bridge. Winnipeg Cold Storage is a complex, rather than a single building project, with the first building constructed in 1910. It was a venture between Meyer Chechik, Gould, and Kernehan, the owners of the Manitoba Cold Storage Company. A location at this site, next to the vast Canadian Pacific Railyards, would have been advantageous for a business involved in the complicated period of world food transportation and distribution.

In 1919, Chechik, Gold, and Kernehan's Manitoba Cold Storage Company, along with two other cold store facilities, were accused of being complicit with price fixing, allowing four and a half tons of eggs to go bad at a time when the price of eggs was high.

Curiously, Chechik and Gold planned to build a two-storey 50 by 87 foot apartment block on the same corner, also designed by Max Blankstein, for a cost of $30,000. Apparently, this was abandoned in favour of another addition to the cold storage. A single-storey dwelling was also built on the lot in 1914, for a cost of $15,000.

The need for so many additions and renovations may have been prompted by a fire that erupted in one of the warehouses on January 18, 1912, which caused about $100,000 in damage to the building and its contents.

In 1935 a $35,000 addition was built by contractors Carter-Halls-Aldinger for (cost?). Another reinforced concrete addition was constructed in 1937 (at a cost of $100,000), designed by architect George Northwood. More work was done in 1938, again by Carter-Halls-Aldinger, for $7,000. Costs of the 1935 work may have been supplemented by $37,000 damages the Winnipeg Cold Storage Company Limited received from the City of Winnipeg in compensation for property destruction incurred during the building of a new Salter Street bridge in 1933. The portion of the Cold Storage Company Building likely best known to passers-by is its large east section, which announces its presence in large unmissable letters of a period character "WINNIPEG COLD STORAGE" and "WINNIPEG COLD STORAGE CO. LTD." This section, built of reinforced concrete and designed in a simplified Art Deco style, dates to 1940 and was constructed as another addition, for $75,000.