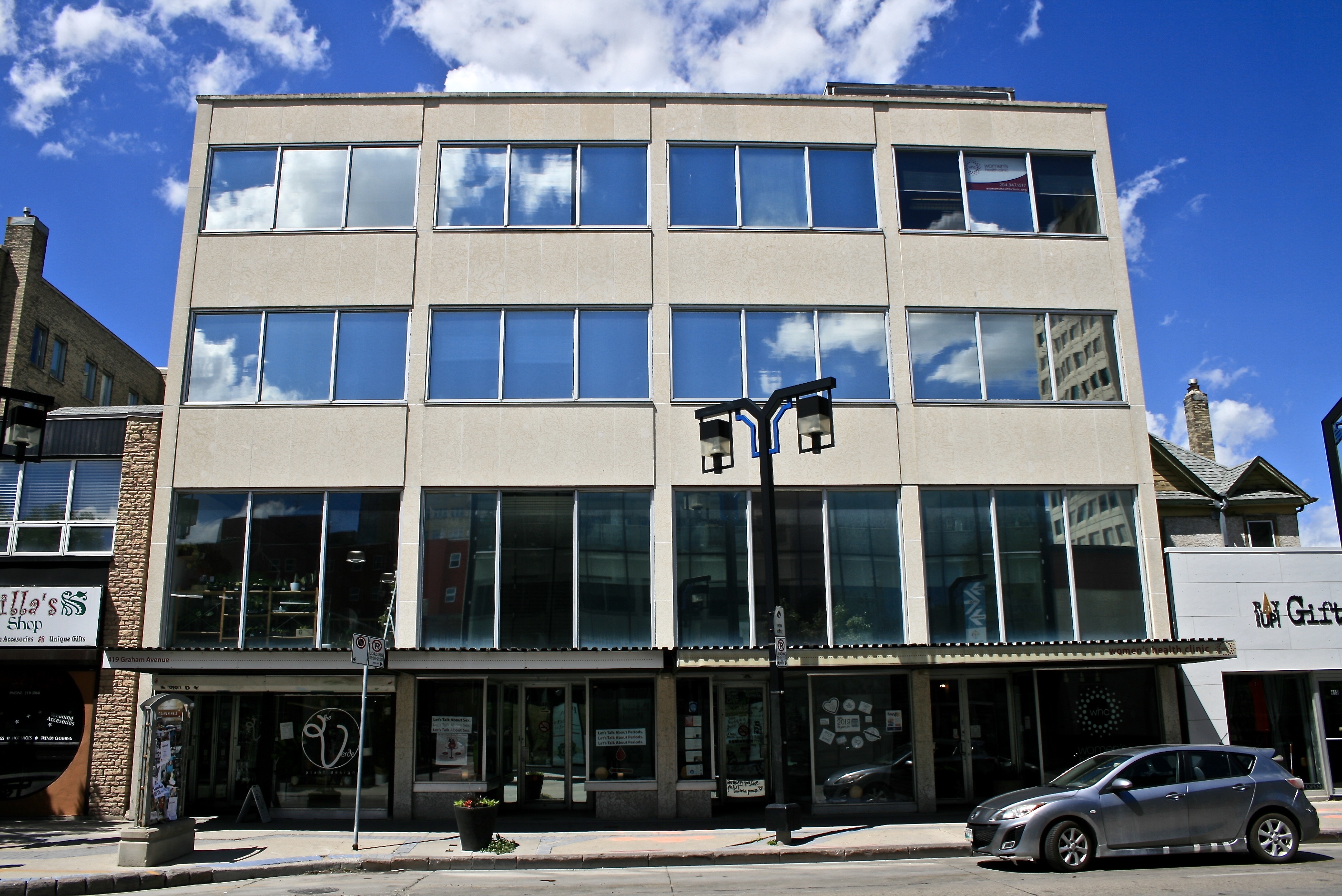 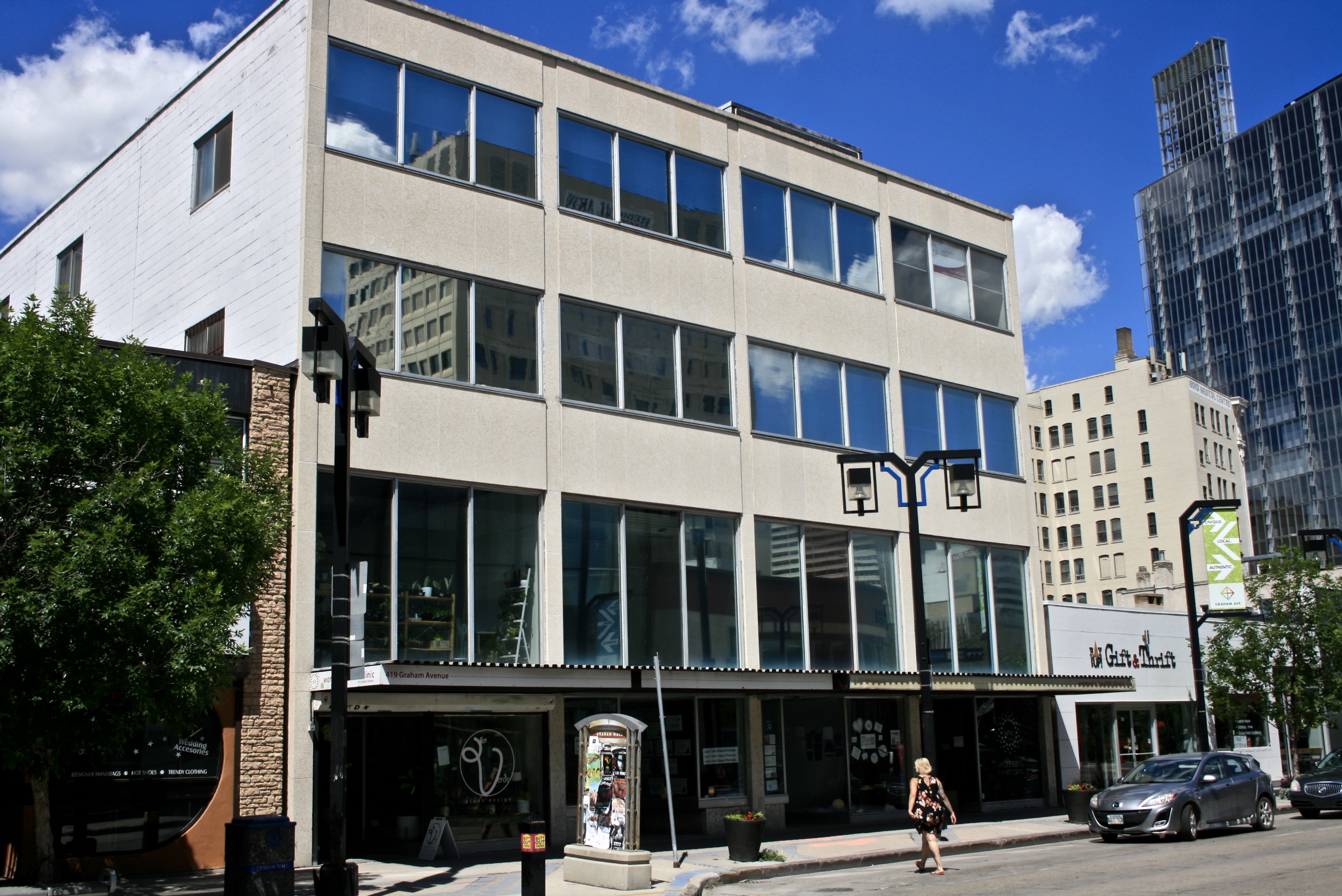 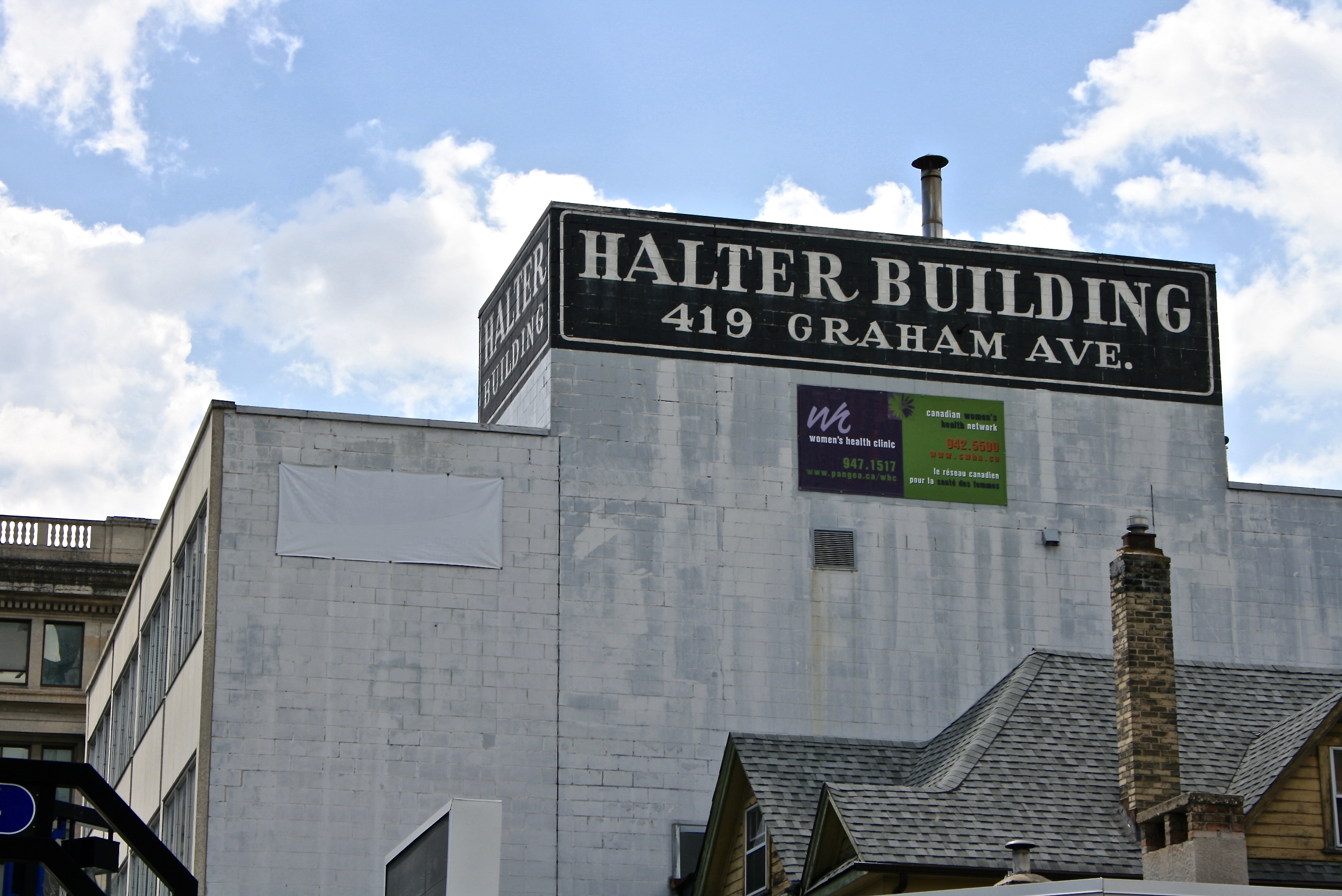 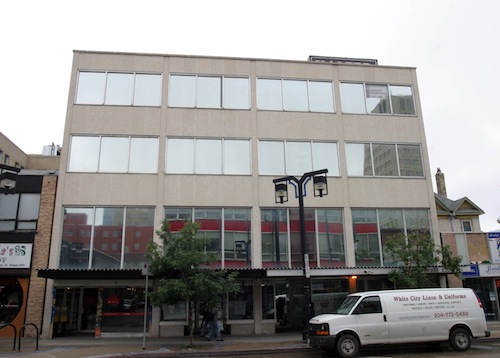 Designed by architect Charles J. Herman, 419 Graham Avenue was constructed between 1960 and 1961. The building was built for Aubrey J. Halter, a prominent lawyer, to accommodate MacDonald’s Book Store, owned by Nola Halter. This building had retail space on the main level which was connected to the mezzanine while the upper levels were used as office space. Nola Halters book store sold art and music as well.

In 2005 a plaque which commemorated Halter's 2004 donation was installed. The Halter name remains on the building's upper most level.