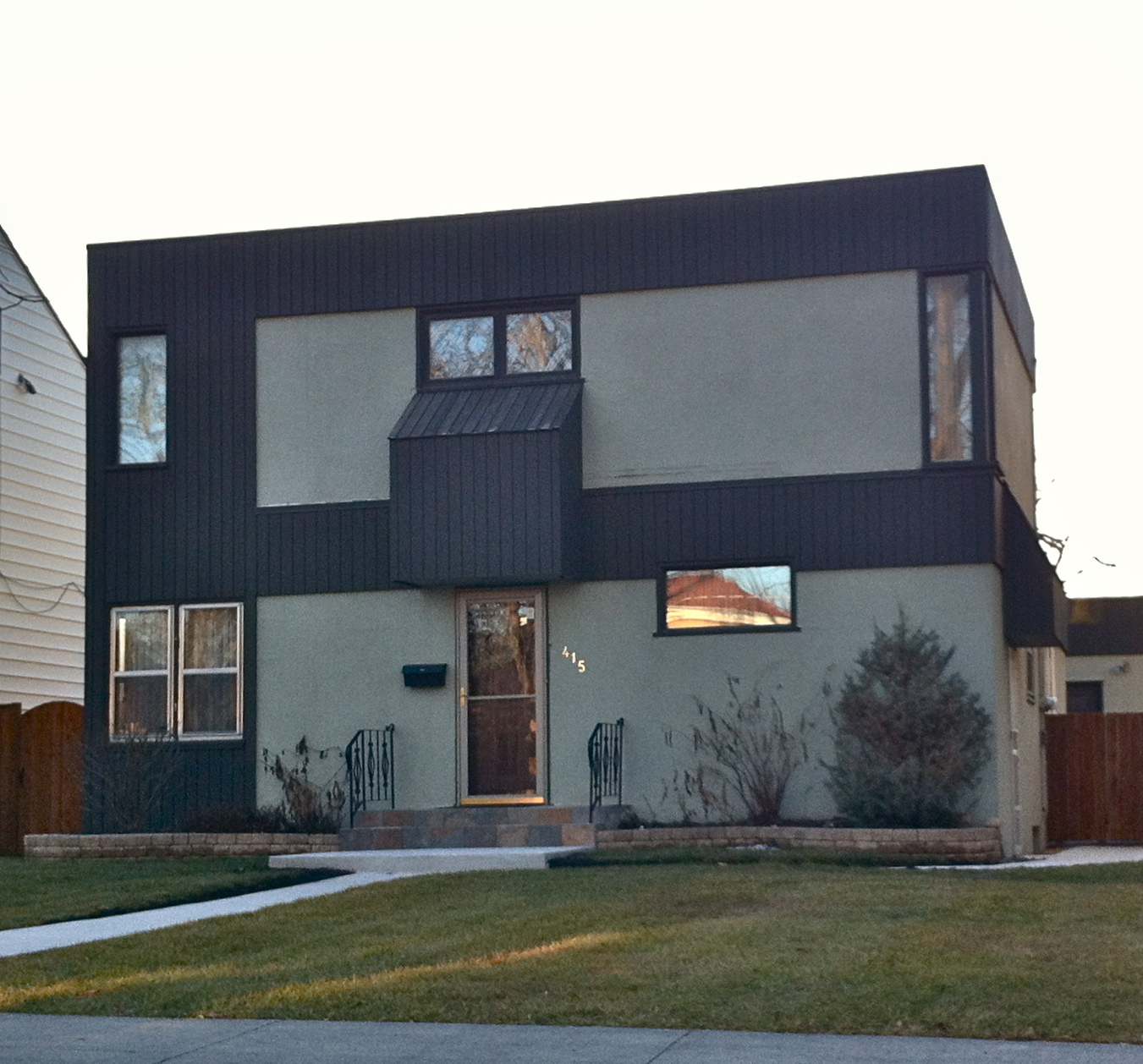 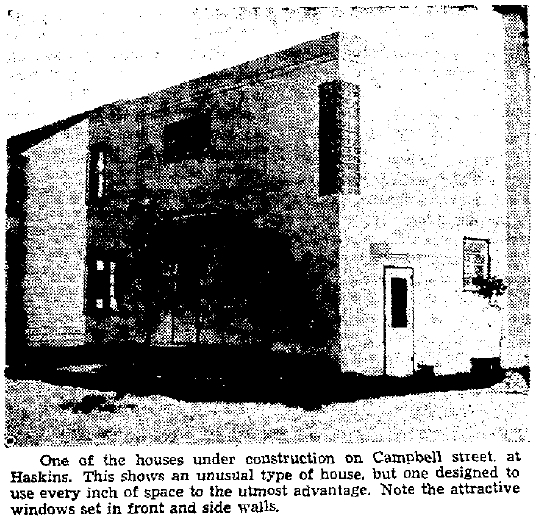 Period descriptions of this home, near the time of its construction, describe it as "an unusual type of house, but one designed to use every inch of space to the utmost advantage. Note the attractive windows set in front and side walls." This "unusual" characterization refers obliquely to the homes' Art Moderne aspect, streamlined facade, flat roofline and corner windows. The upper level, north-east glass-block corner window has since been replaced with more typical glass.