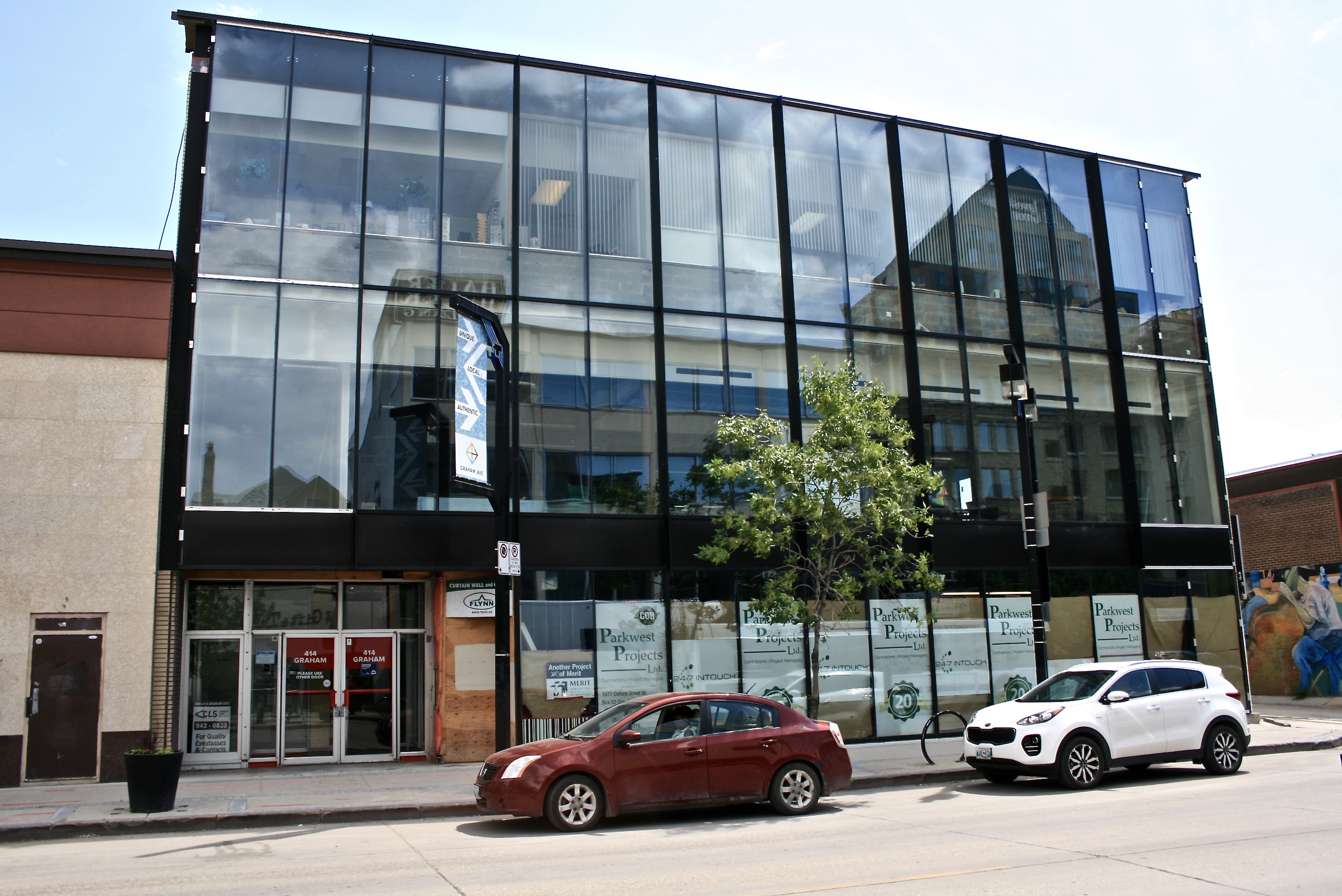 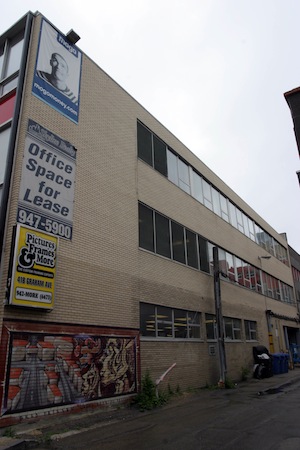 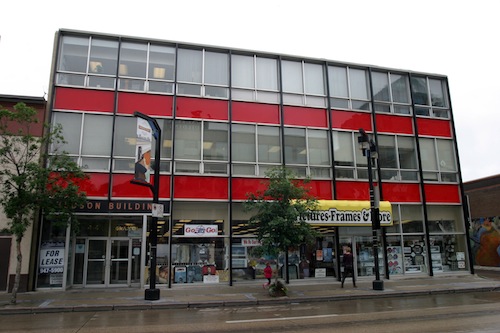 Designed by Libling Michener and Associates, 414 - 418 Graham Avenue was constructed between 1959 and 1962. The building was originally owned and developed by two brothers, Joseph and Samuel Gladstone, who had emigrated from Lithuania to Canada in their youth. Known as the Hudson Building, the structure was erected in two stages, three years apart.

Stage one of construction began in 1959 with only the first floor and foundation being constructed. The rest of the building was completed in 1962. The Graham facade is made of glass while the rest of the exterior is made of brick. A steel frame supports the entire building.

The main entrance of the building is located to the far left of it's forward facing facade on Graham Avenue. The entrance leads to a stair case and elevator to allow access to the upper level offices. The main floor is used as retail space.