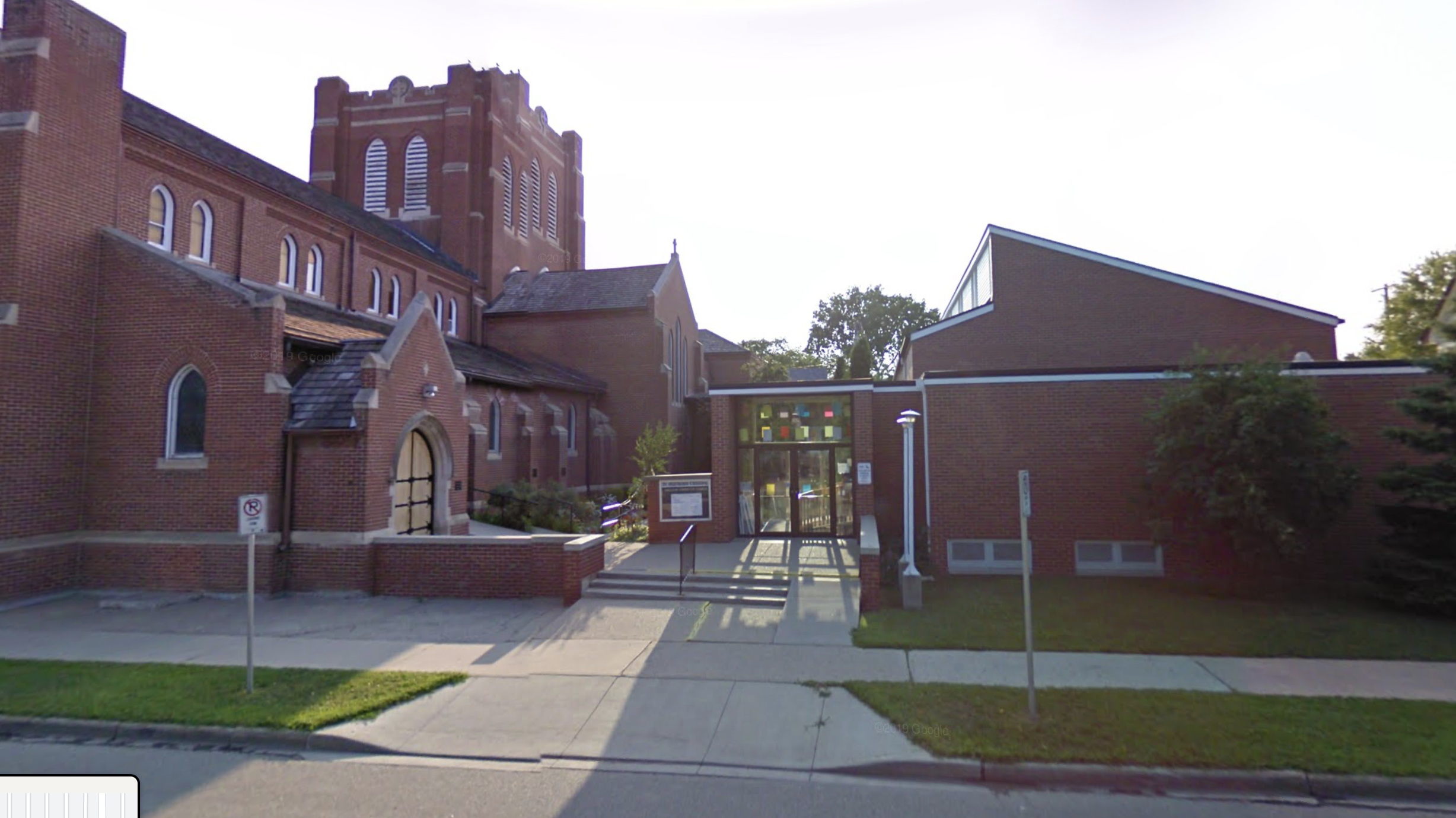 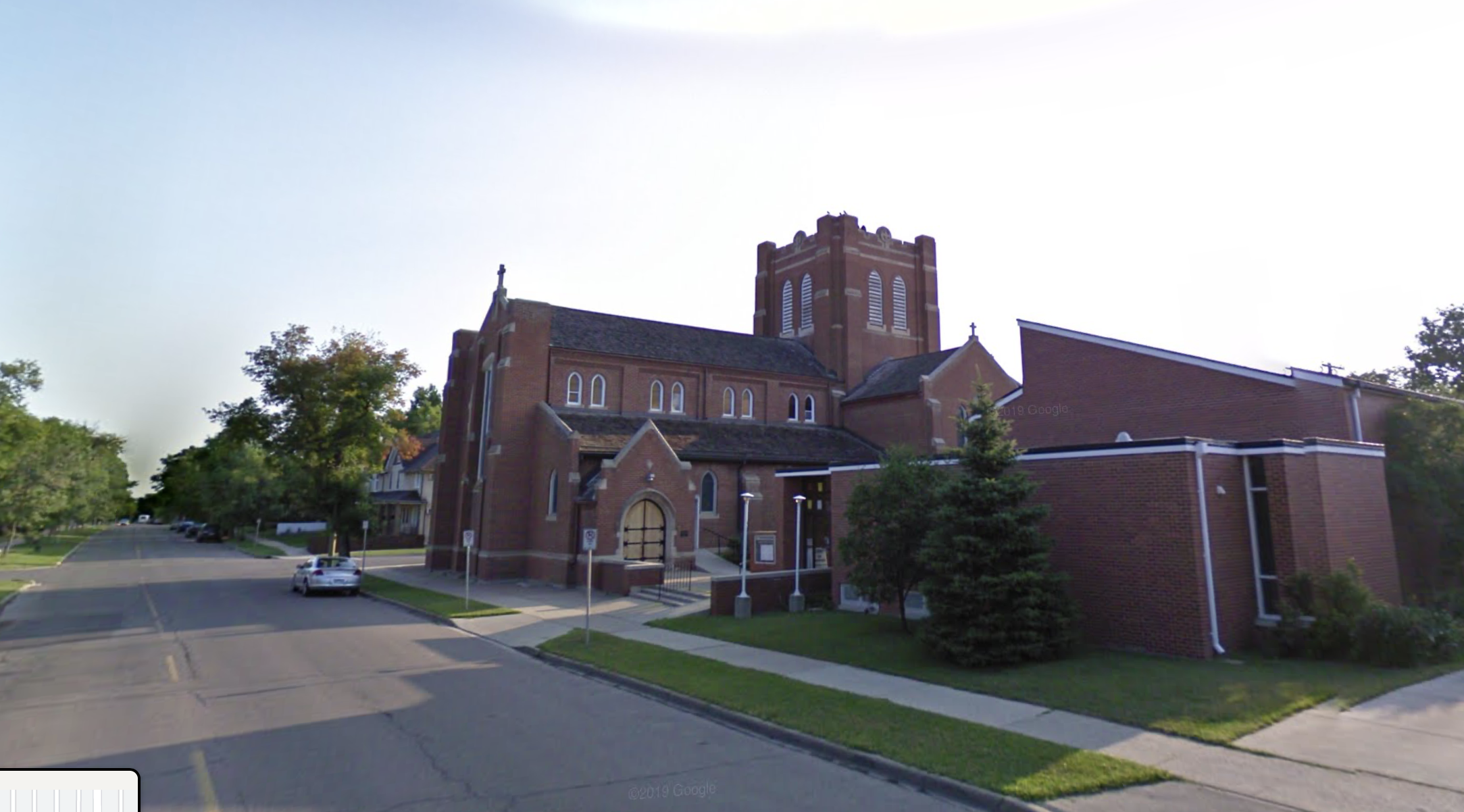 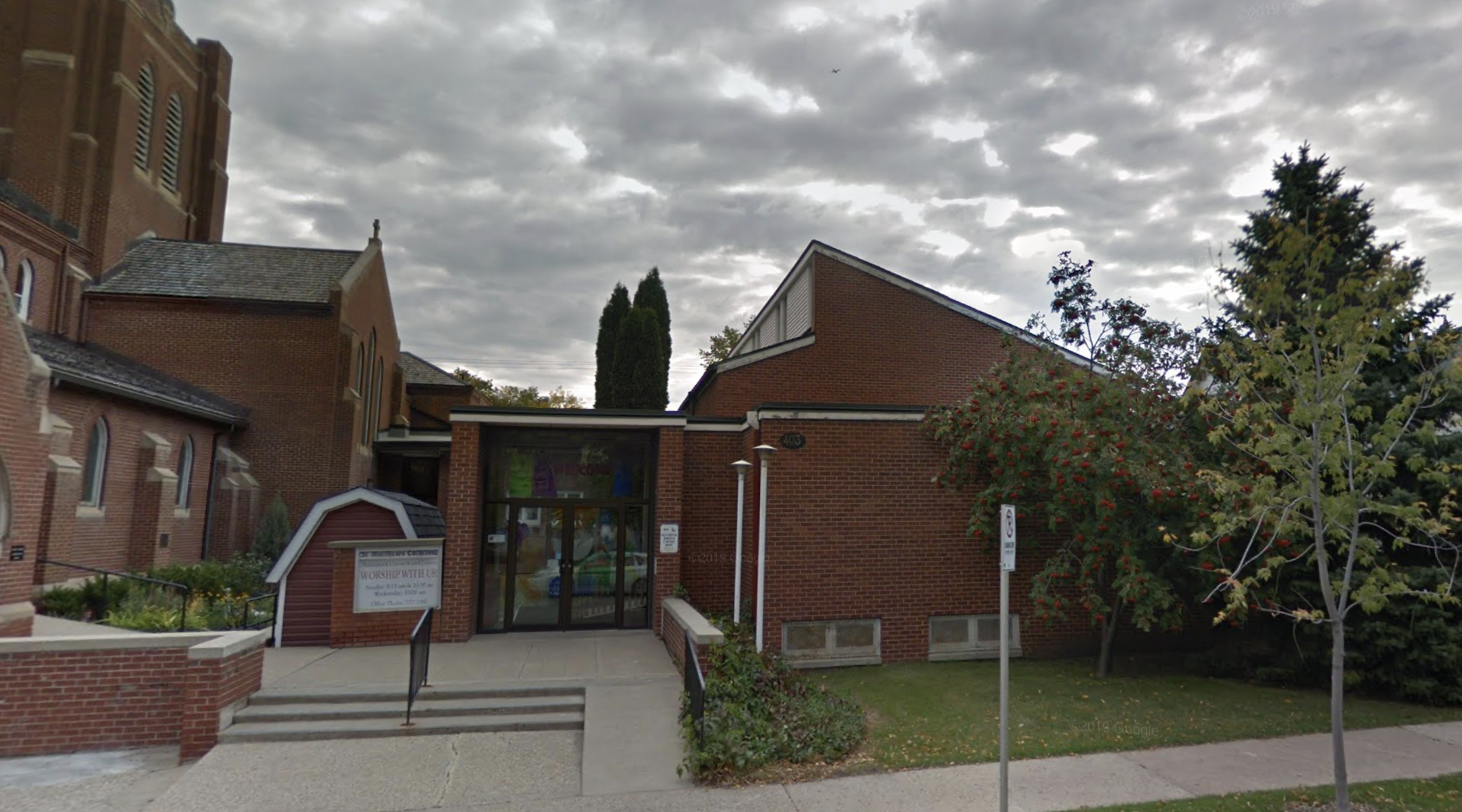 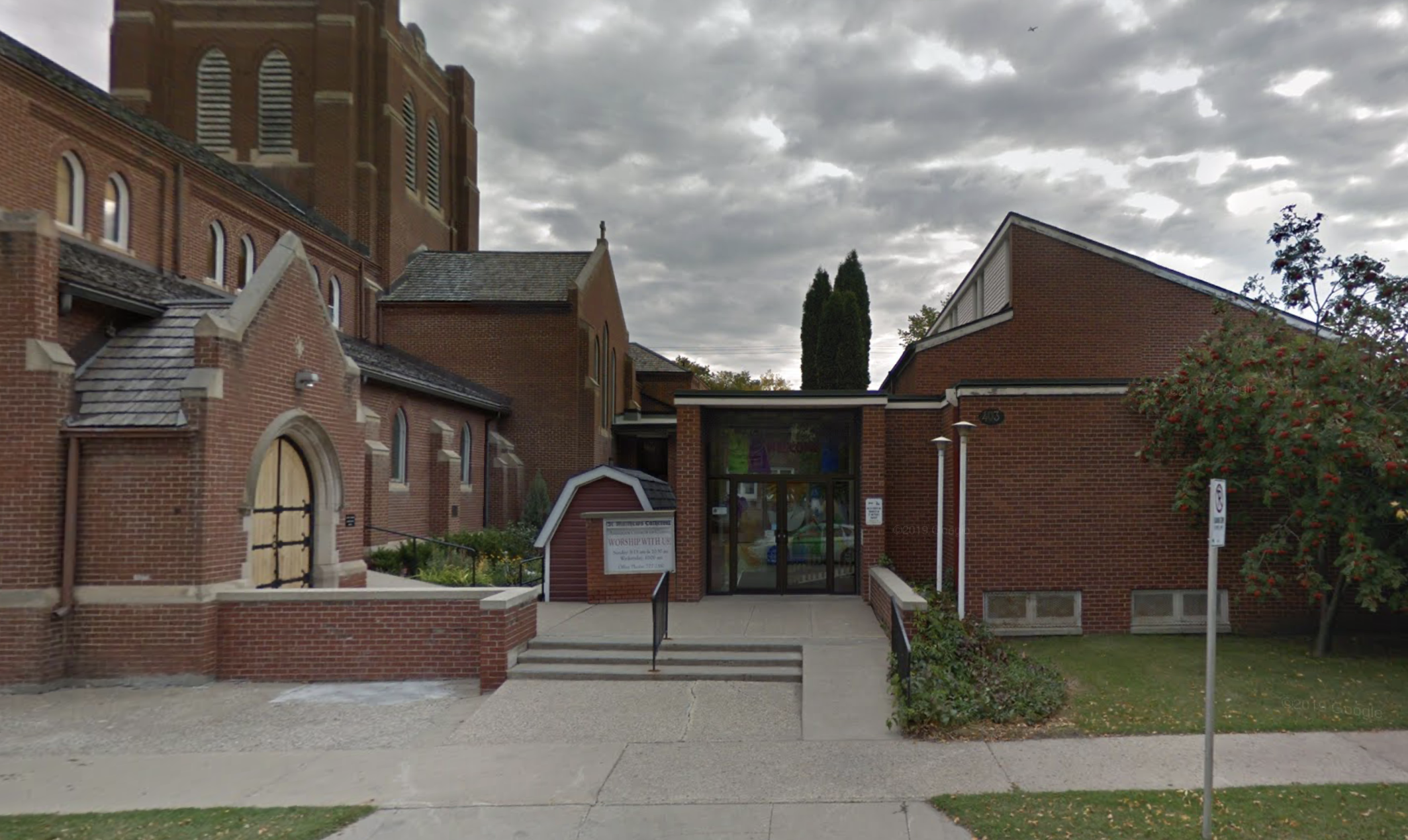 Originally the English Gothic Revival styled cathedral was designed by Edward McCoskrie. Later on it was demolished and a second cathedral took its place. That cathedral, constructed in 1912 - 1913, was designed by architect W. A. Elliot in the Gothic style. By 1962 the need for a parish hall was clear to the parishioners. It was under the guidance of Reverend M.L. Goodman that a plan was set in motion.

The Parish Hall's most notable feature is it's slanted roof line which declines towards the south facade. The two storey building is connected to the cathedral by a hallway which connects to the east of the building. Within the Parish Hall is a small gym with a stage and kitchen, as well as offices. The 1962 addition also connects with the basement of the original cathedral. The basement of the parish hall provides meeting space as well as a place for the Sunday School program. With that in mind Simpson included plenty of light through the row of egressed windows to the south of the building.