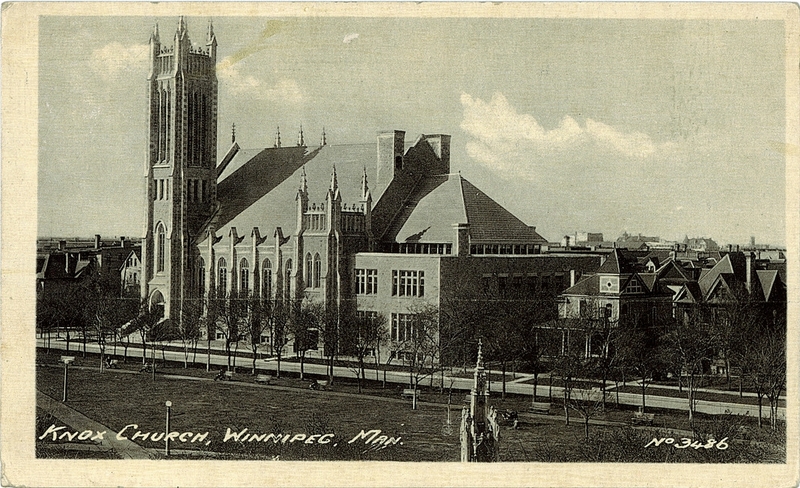 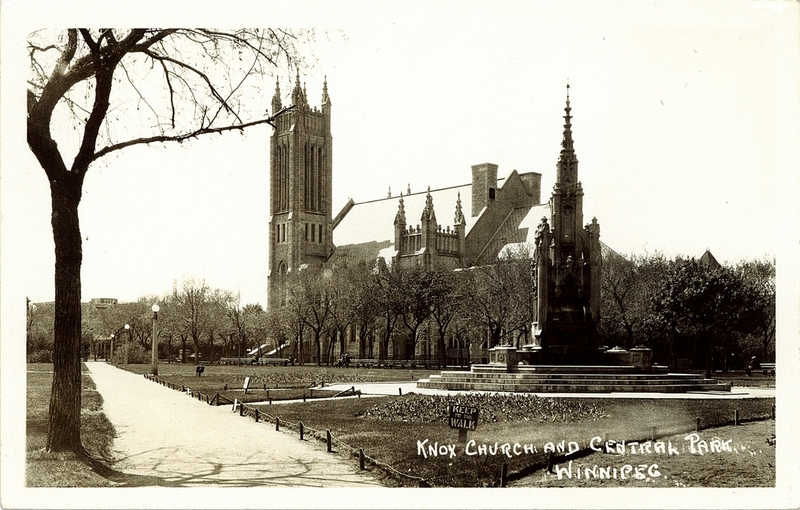 Knox United Church, originally a Presbyterian Church, was built between 1914 and 1918. It was designed by the prominent architect John H. G. Russell, the architect responsible for the design of both Augustine (1903-04) and Westminster (1911-12) United churches. The largest United church in Manitoba, Knox is a wonderful example of Late Gothic Revival architecture. Made of reinforced concrete, steel and stone, the church was designed to accommodate a range of needs, incorporating a gymnasium, chapel, and meeting space.

The exterior of the church features walls of rusticated Manitoba Tyndall limestone, providing contrast to the smooth stone door and window openings. The arrangement and design of the windows and doors are distinctively Gothic. The interior of the church also contains several elements of Gothic Revival, including the arched detailing in the staircases and the details in the woodwork and pews.

Knox United Church was struck by lightning early on a Friday morning in 2010. The lightning caused the spire, a large piece of Tyndall stone at the top of the tower, to fall down. This piece of stone fell onto the steps of the church (causing damage) and then rolled onto the street, just missing vehicles parked there. A piece of the stone has been placed in the park across from the church, on the other side of Edmonton Street. The stone was turned into a memorial, acting as a testament to the link between Knox United Church and Central Park.