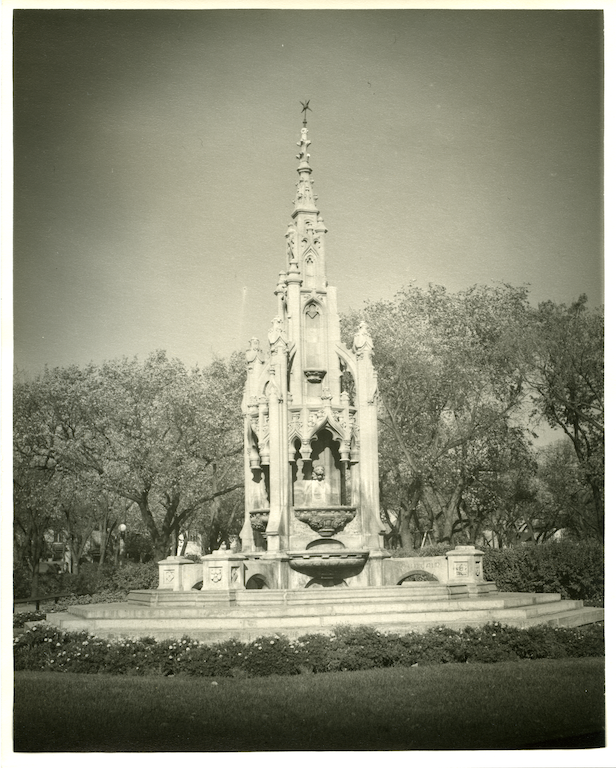 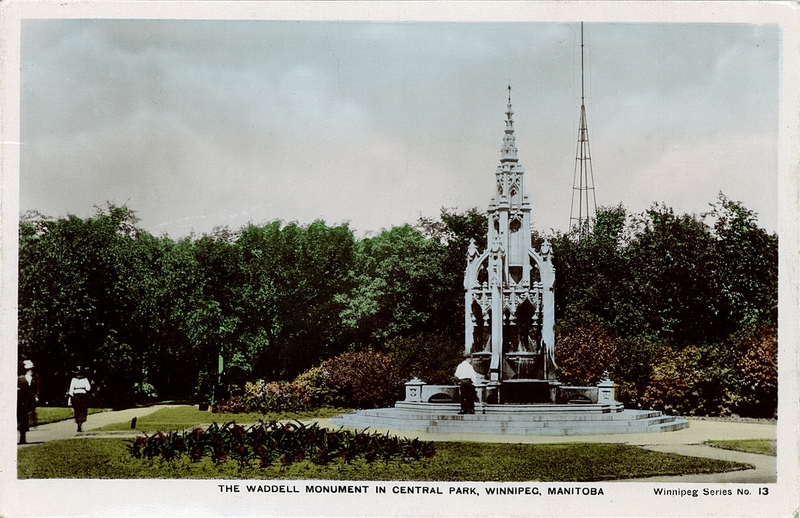 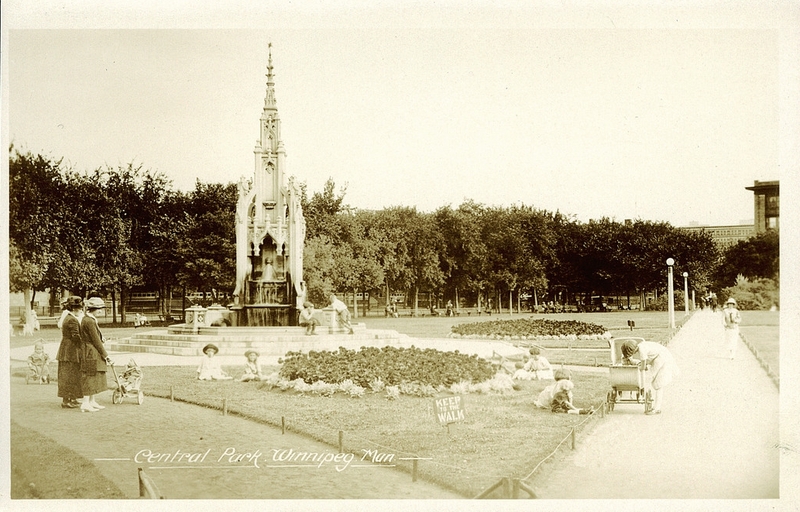 The Waddell Fountain, built in 1914, is Central Park’s most well-known structure. Architect John Manuel based his design on an 1844 Gothic Revival monument in Edinburgh dedicated to Romantic poet Sir Walter Scott.

The Waddell fountain is an example of Gothic Revival architecture. The stone fountain sits on a granite base and has a concrete basement, where the water pump is located. If you look at it from different angles, you will see that the fountain is identically arranged on all sides, with arch and floral motifs, pinnacles, and four lions’ heads that supply the water. You will also see the name, Waddell Fountain, carved twice on the structure.

The history of this Winnipeg landmark is quite the story. The fountain was constructed in memory of Emily Margaret Waddell, who lived in Winnipeg with her husband Thomas Waddell. In 1909, Emily died after a serious operation in Rochester, Minnesota. Emily had writ-ten a will in 1904, but it was not found until 1911, two years after her death. In it, Emily stated that if Thomas were ever to remarry, he would have to donate $10,000 to the City of Winnipeg to build a fountain in Central Park. When the will was discovered, Thomas was intending to remarry, but was stuck because he did not have the money to donate to the City. By 1914, he managed to collect enough money and chose John Manuel’s design for the fountain.

After many years of neglect, the fountain was in desperate need of rehabilitation. In 2010, the City of Winnipeg hired Cohlmeyer Architects and Alpha Masonry to restore it. The fountain was dismantled into pieces and moved to an offsite location where the repairs were completed. New pieces of limestone were carved to replace pieces of the original fountain that were damaged or had gone missing. The fountain is once again a functional and beautiful landmark in the park.