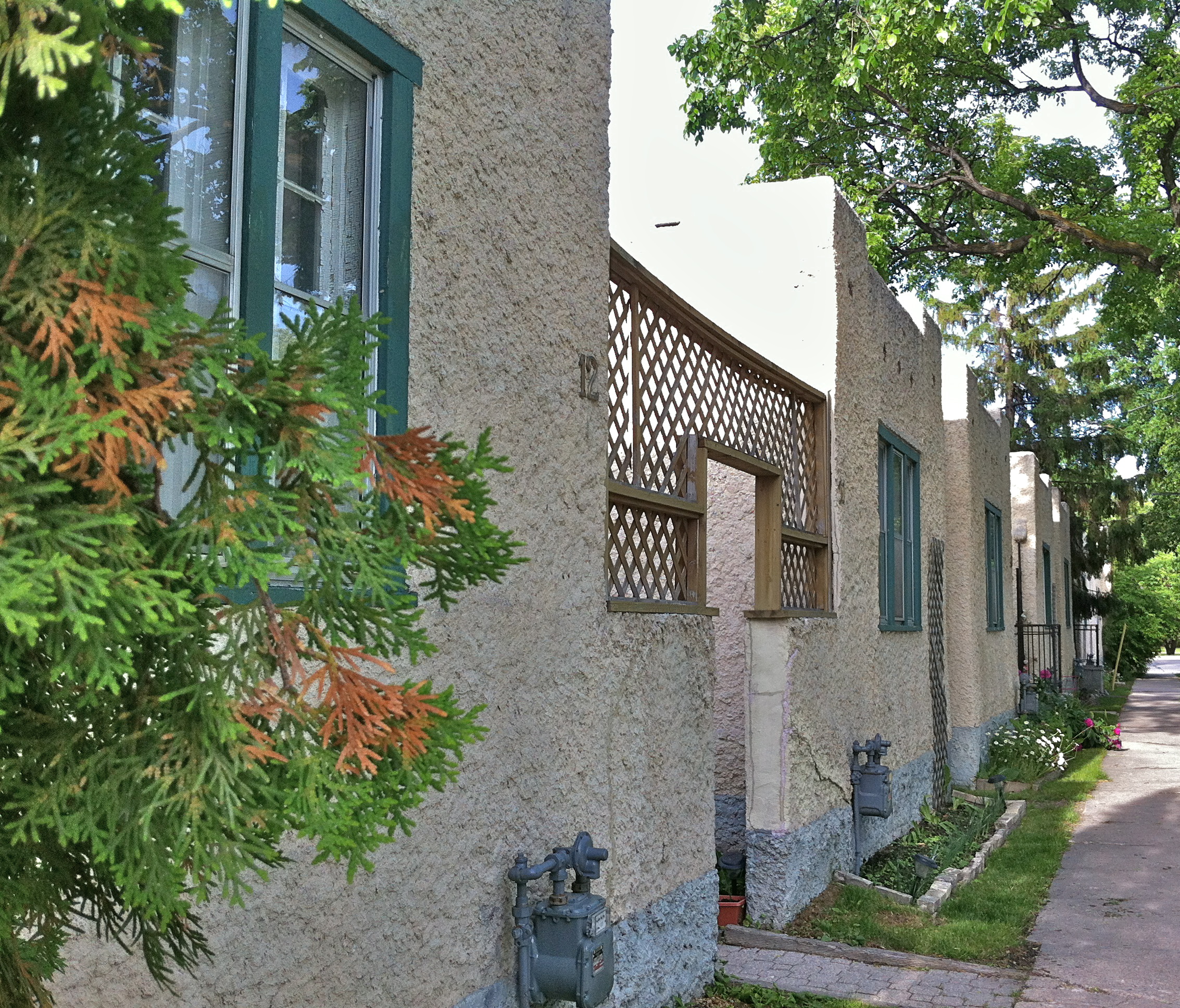 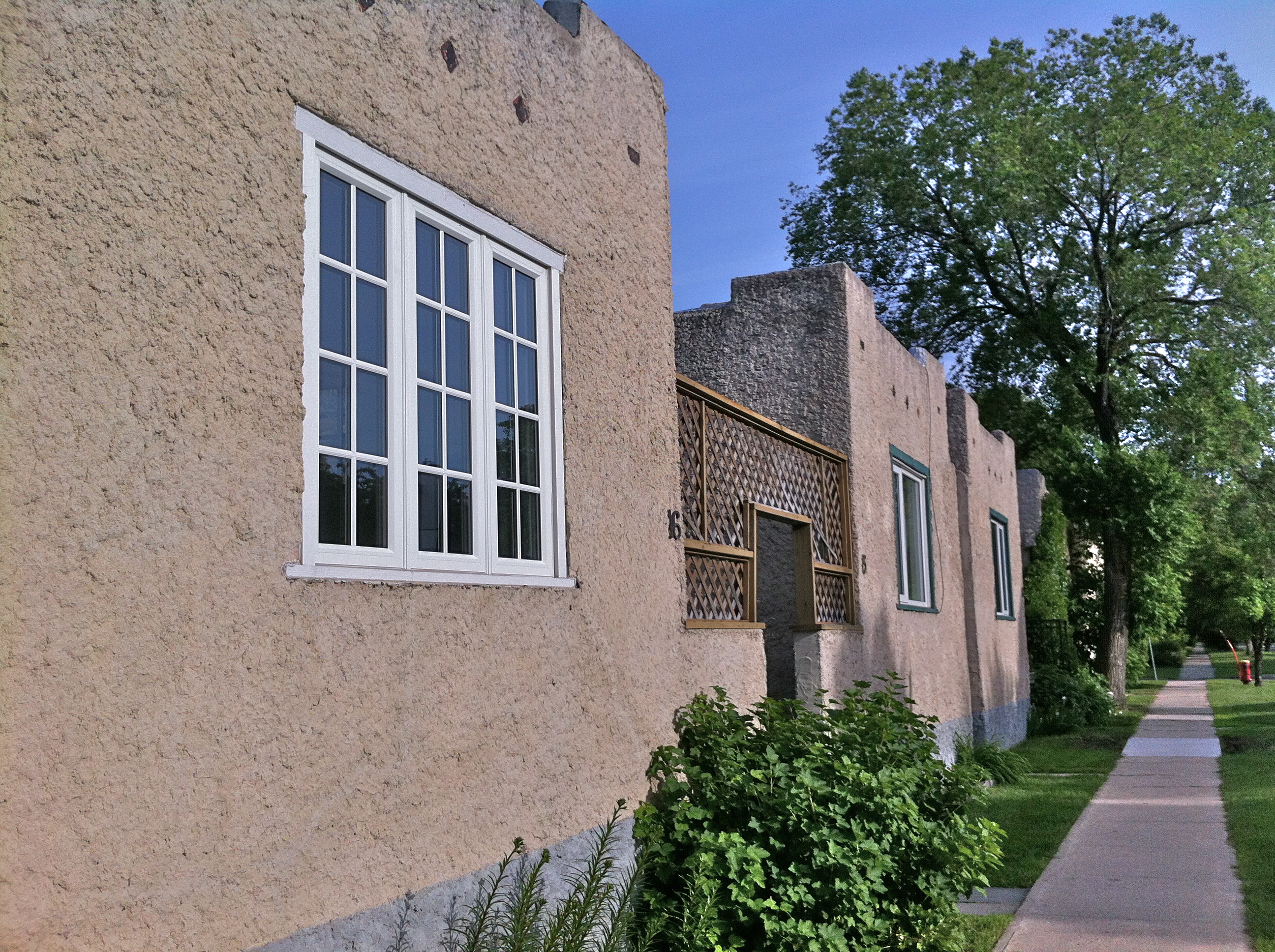 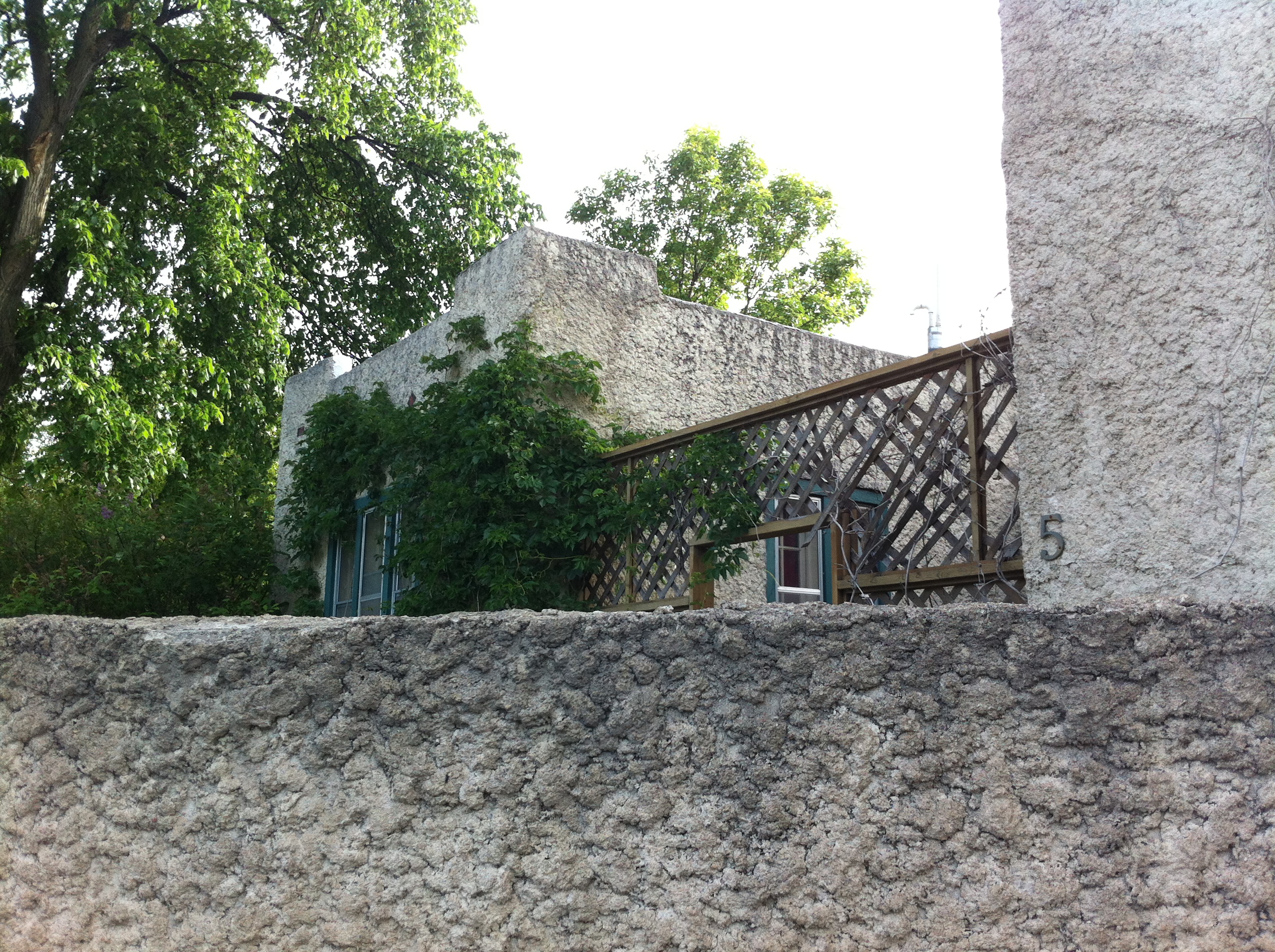 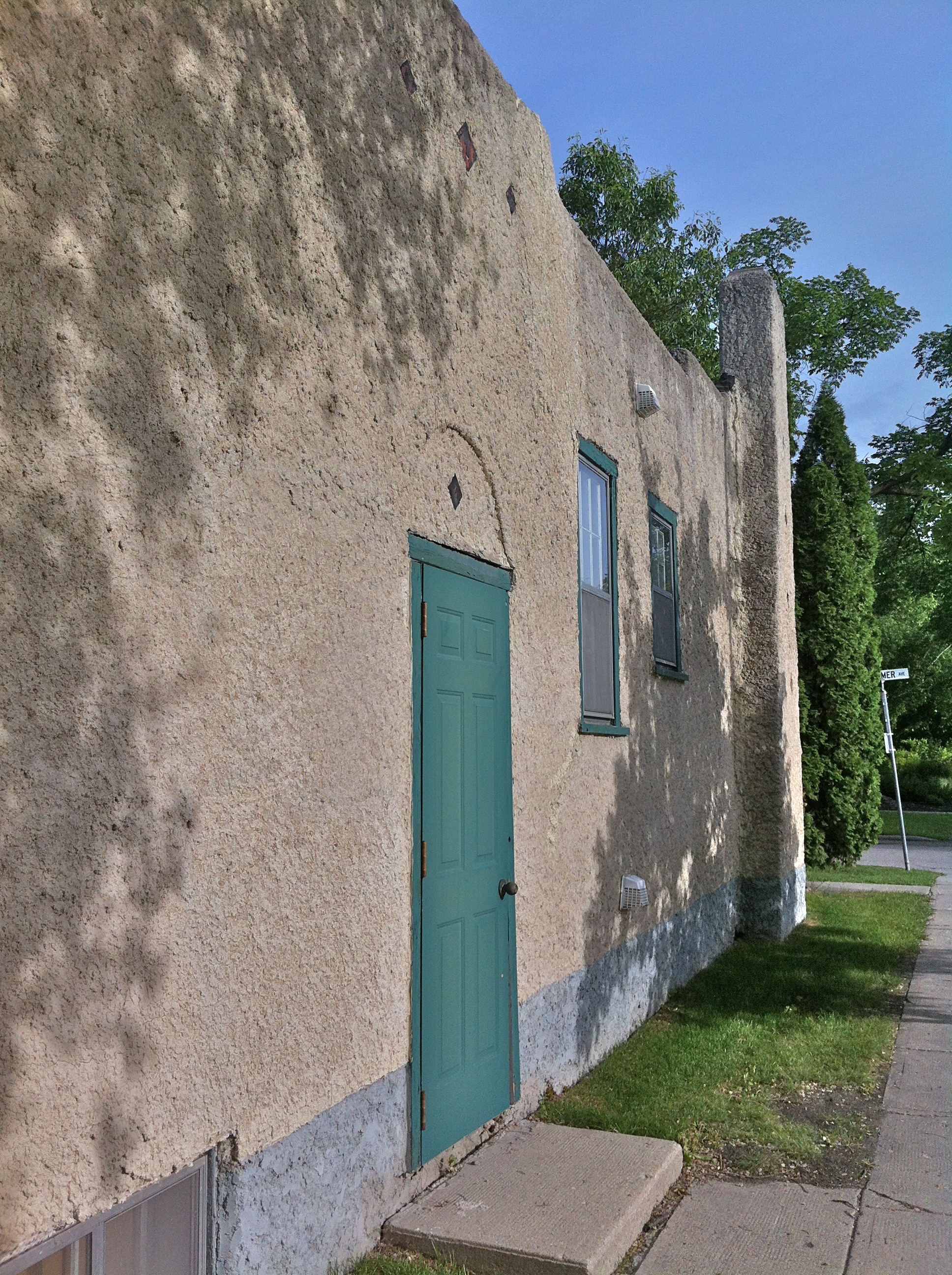 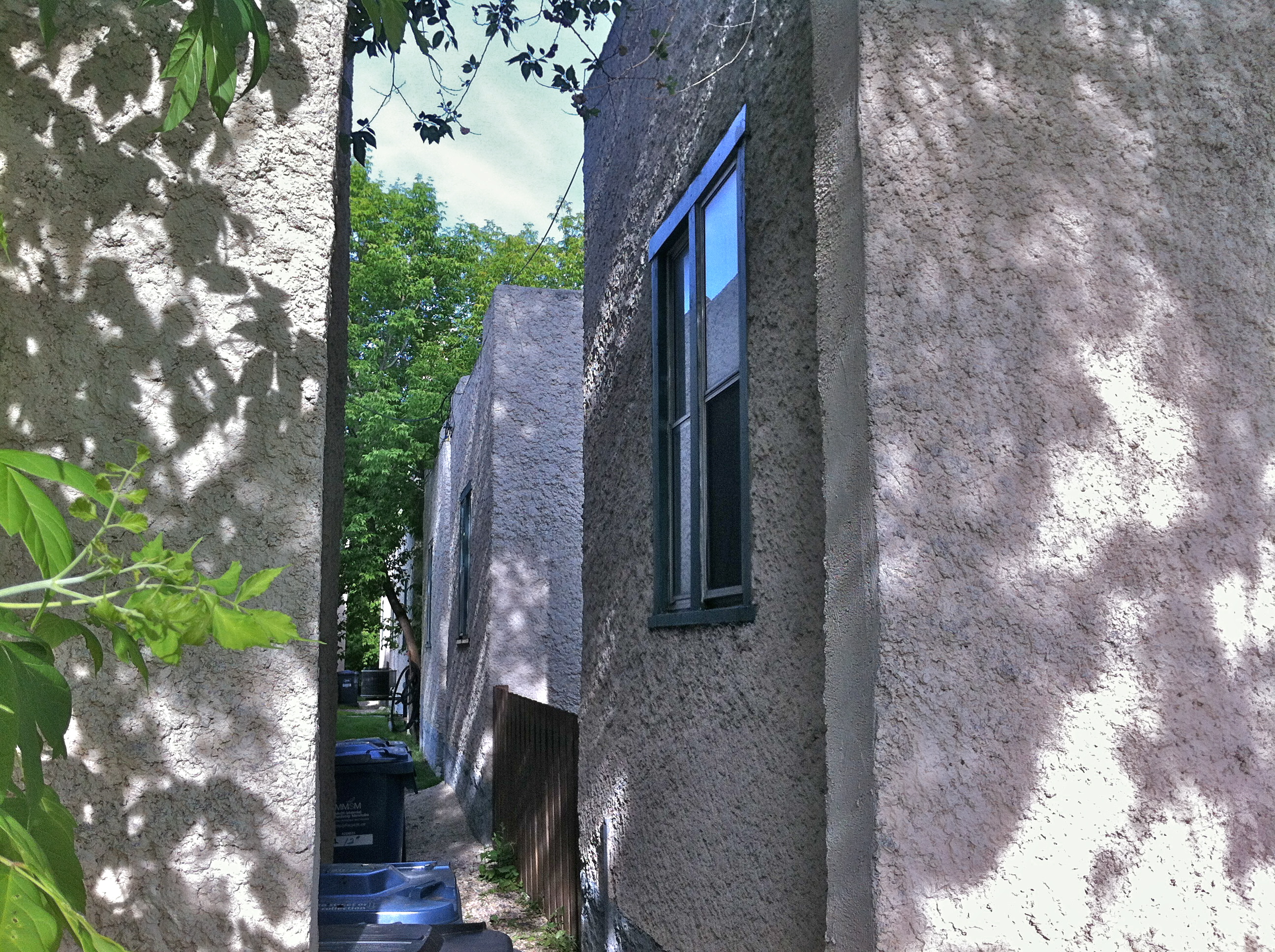 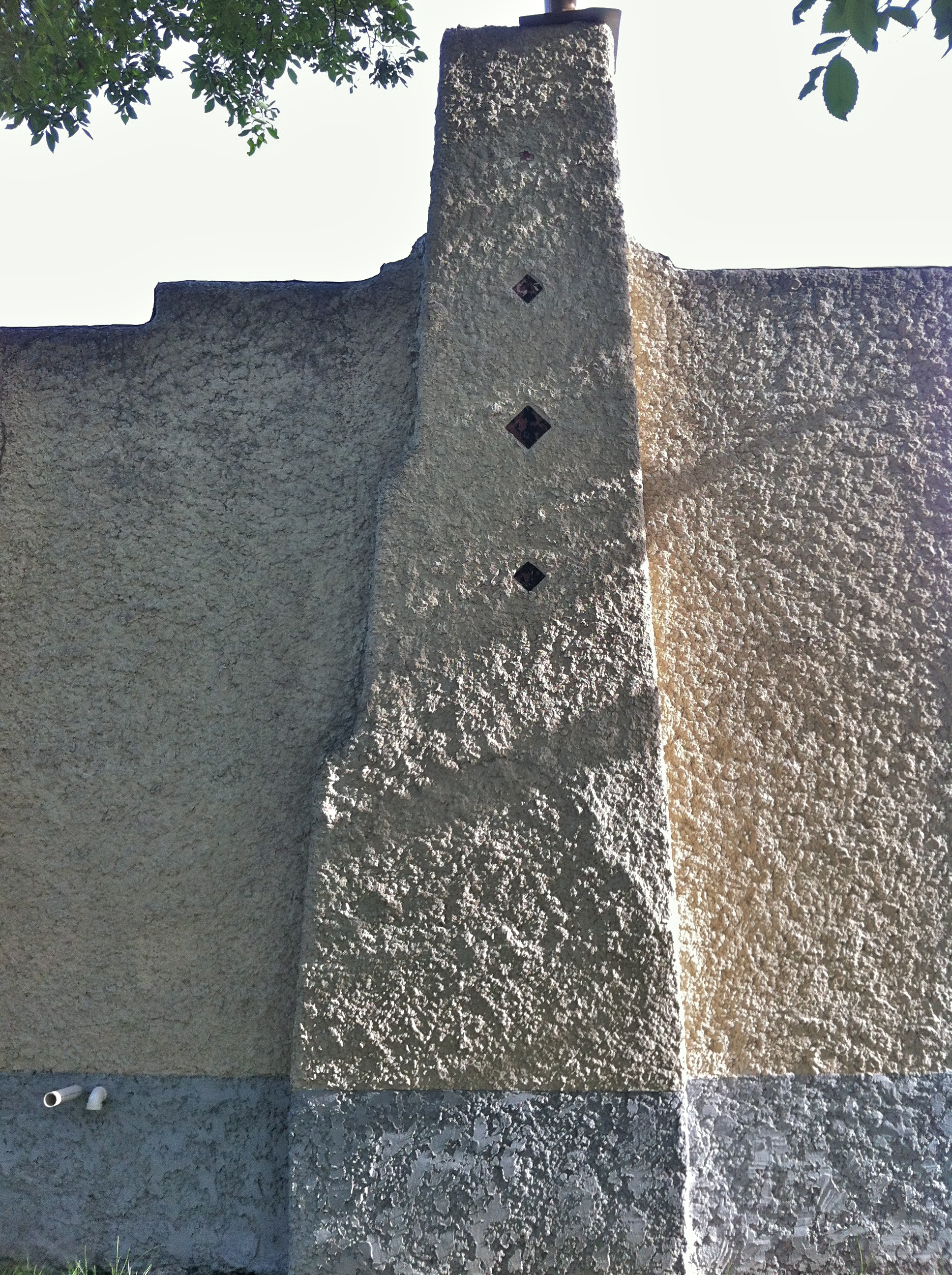 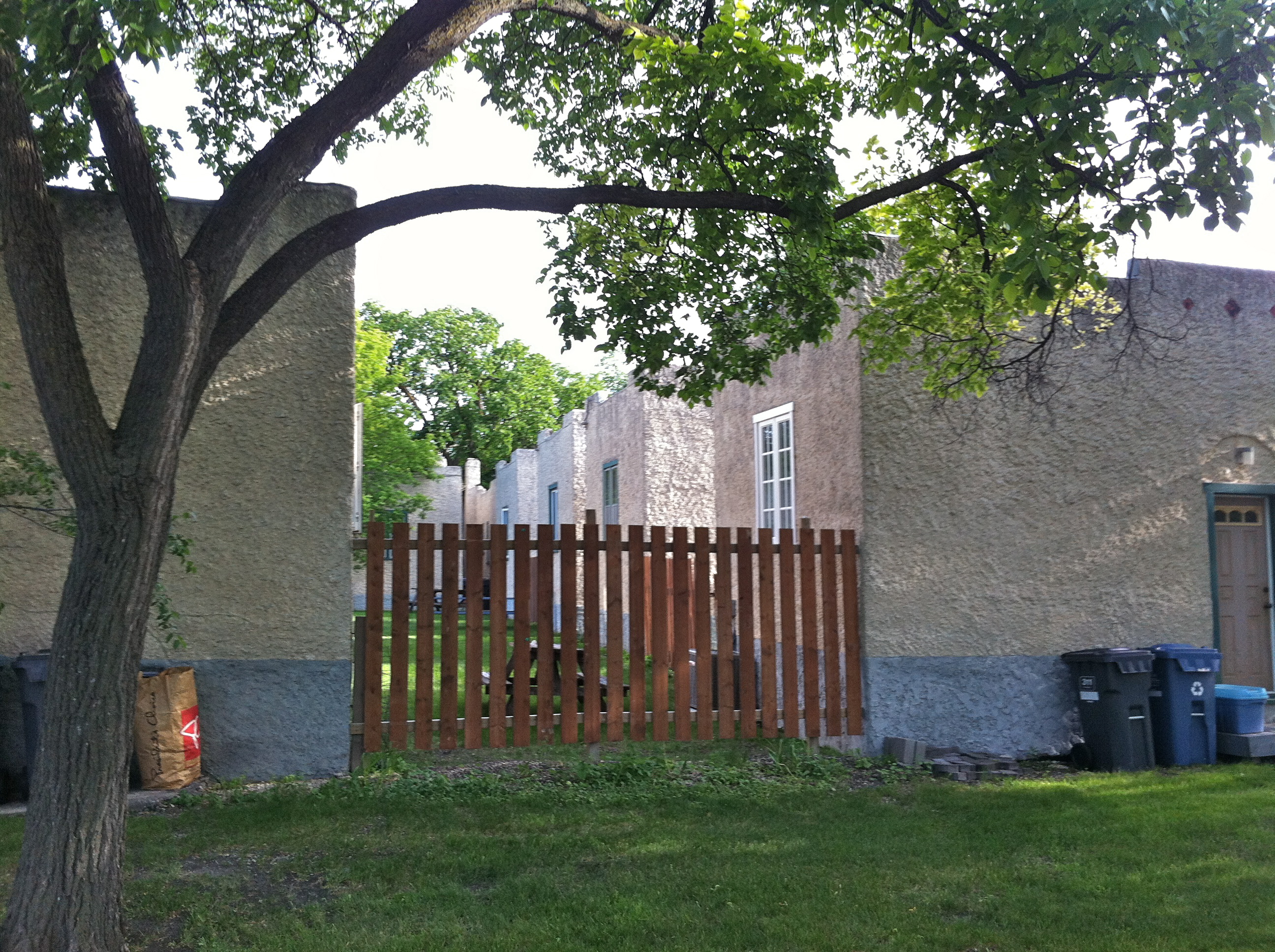 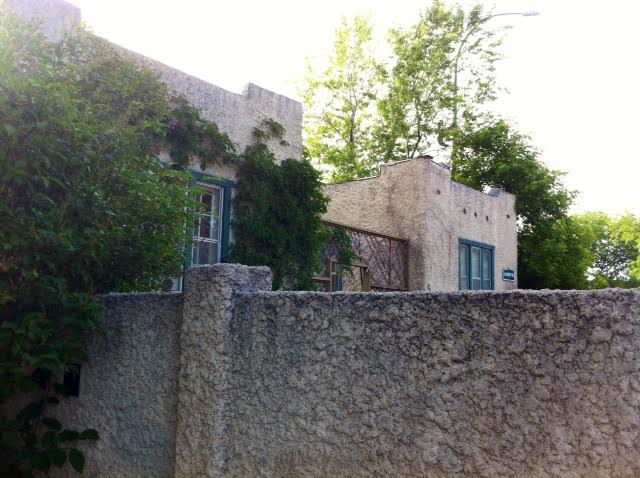 This bungalow court was planned and built by local developer and contractor David Campbell (through his firm Campbell & Company) at an approximate cost of $100,000. Period advertisements for the property marketed it as having "All the privacy of a private residence, and none of the inconveniences. All conveniences of an apartment and none of the discomforts. Each apartment is a separate bungalow containing large living room, with concealed bed, kitchen, bedroom and dining alcove. Central steam heating, electric refrigeration, garbage incinerator, open fireplace, electric range, full basement, the last word In modern household equipment." As a genre of residential building, the bungalow court originated in early twentieth-century California. Evoking that history, this complex possesses a Mission-style architectural appearance, a look manifested through the use stucco cladding (currently stucco of a rough dash finish), flat roofs hidden by parapets, light decorative brick-work and other colonial Spanish touches. Referencing the buildings' embrace of this aesthetic advertisement headlines for these St. Mary's Road residences proclaimed "Get a Cosy Spanish Bungalow." The developer of the project, David Campbell later became the Mayor of St. Boniface, in 1931, and passed away while in office in August of 1932.