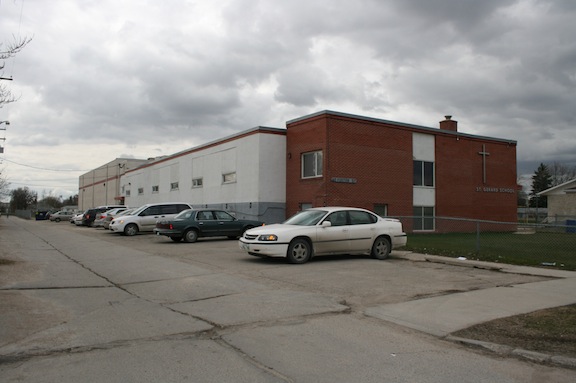 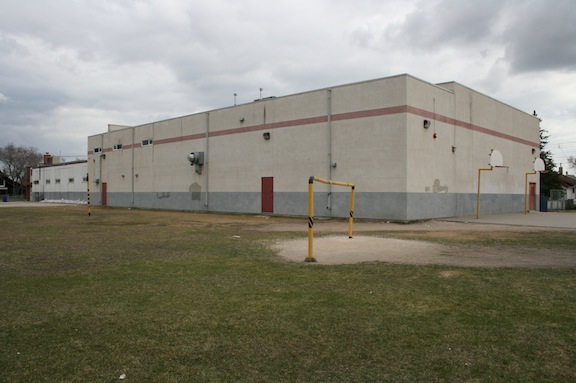 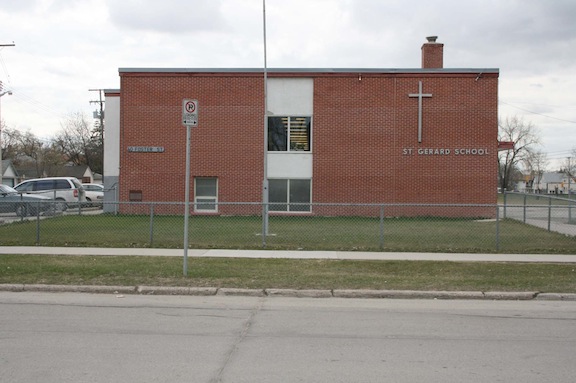 St. Gerard School is a small community elementary school affiliated with a parish church by the same name across the street.

St. Gerard Parish was originally founded in 1949 in the basement of St. Gerard Chapel which was located at the corner of Talbot and Allen. Under the guidance of Father Cunningham, CSS, with the cooperation of the parishoners, $28, 000 was raised for the building fund. The sod turning for the present school was held on July 9, 1957.

The sisters of the Holy Names of Jesus and Mary ran the school from its beginnings until the fall of 1976. Sister Veronica of the Crucifix was the first principal of the school.

In 2000 a new addition was added to the school. This included a gym, library/computer room, staff room and offices. The current basement was redeveloped in 2002 to house three classrooms (grade six, seven and eight) a science/art lab and the cafeteria.