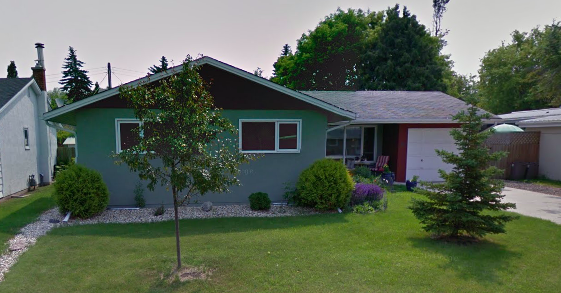 Niakwa Park’s second display home, located at 40 Cherokee Bay, opened at the end of September 1955. It was advertised as “representative of the fine type of housing being produced in Niakwa Park.”

The house at 40 Cherokee Bay was built to “The Comanche” design, one of the 10 plans published in the Alexander Agencies marketing booklet. In the booklet, the design was described as having been “planned for luxurious living.” The dining and living areas were in the “ever-popular” L-shape, allowing for spacious and open living spaces. A T-shaped hall connects all the rooms, but also facilitates a separation between the home’s bedrooms and living areas. An advertised feature of “The Comanche” was the option of sliding, folding, or swinging doors for homes’ closets.