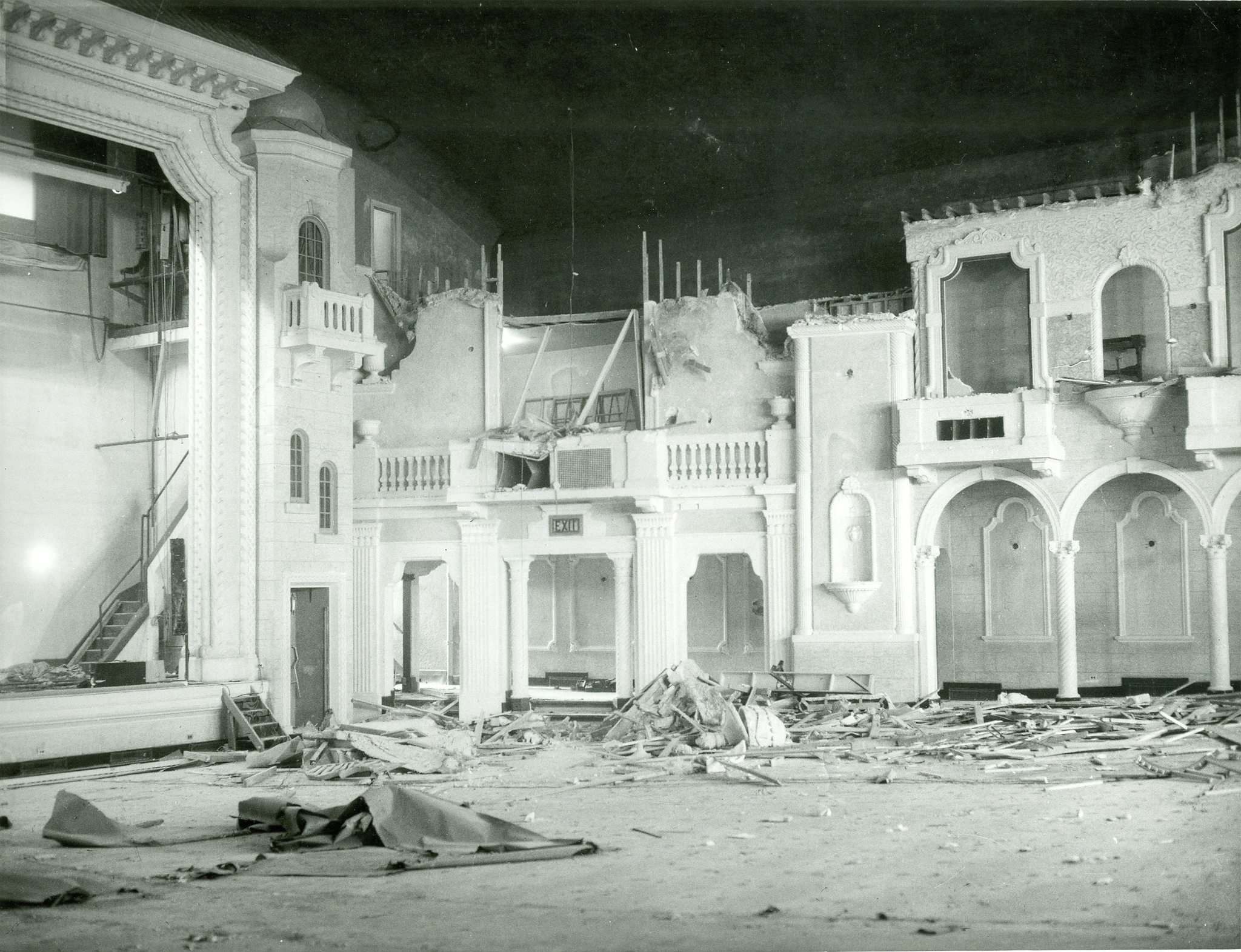 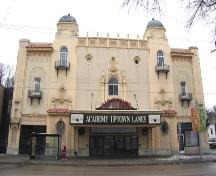 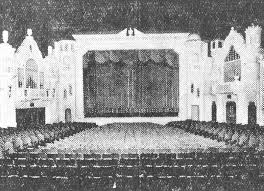 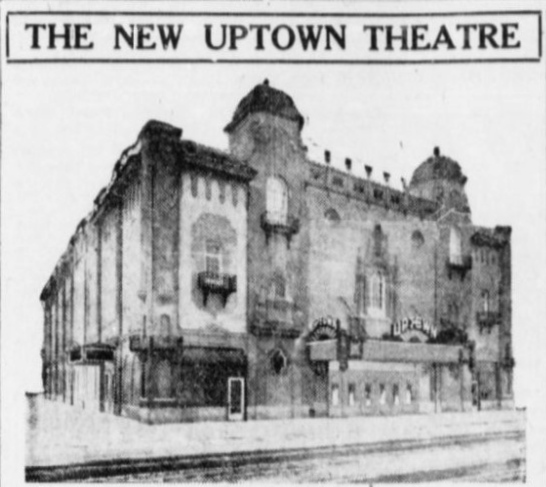 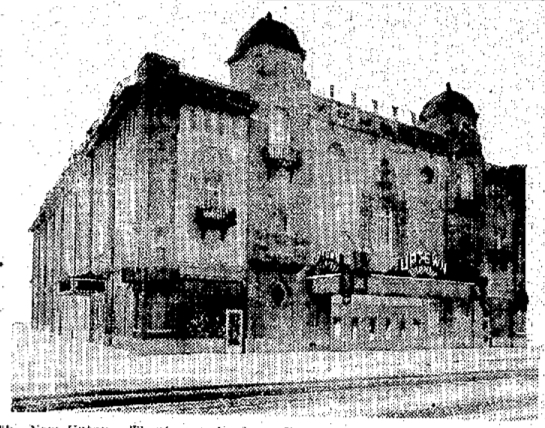 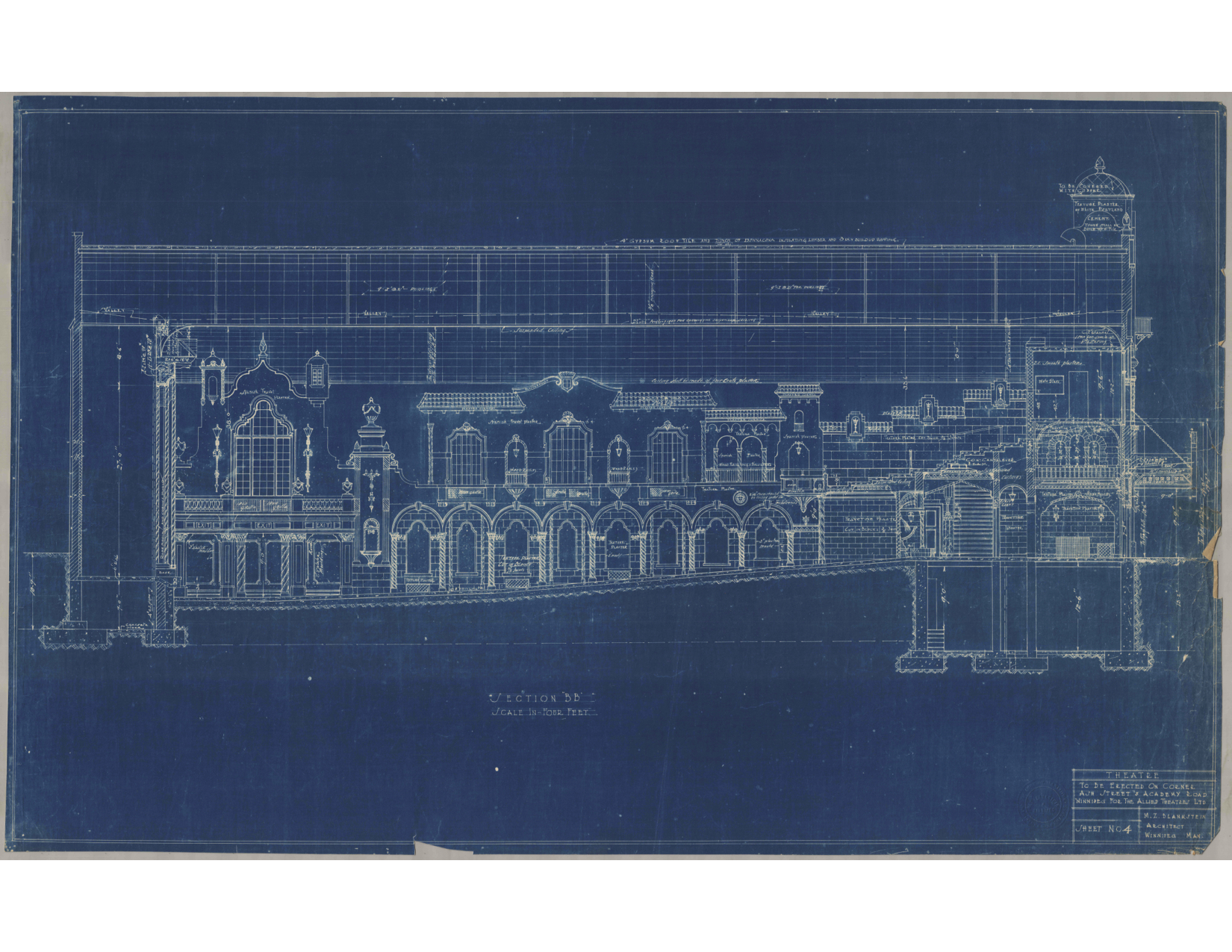 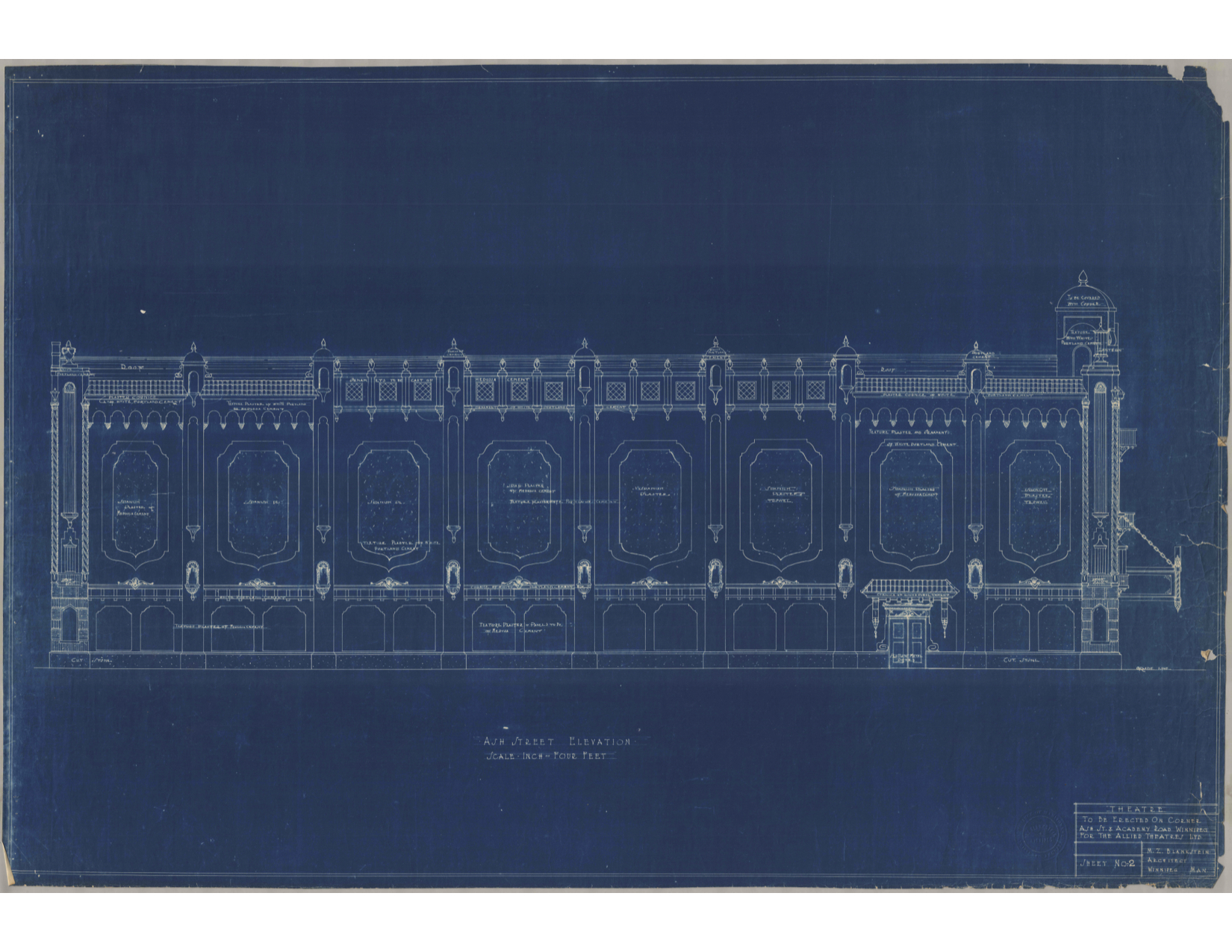 The theatre was built in 1930-1931 for Allied Amusements, owned by Jacob Miles. Other theatres designed for Allied Amusements by Max Blankstein include the Rose Theatre (810 Sargent) and Roxy Theatre at 385 Henderson Highway. The Uptown Theatre made extensive use of local suppliers, including Eaton's for carpets, and both Ashdown's and Tadman's for hardware and sub trades.

Allied Amusements had purchased three separate lots along Academy Road for the construction of a $50,000 theatre, later acquiring one at the corner of Ash Street where the Uptown would be built. In May of 1930, the company went before City Council to request permission to incorporate the residential lot on Ash Street in order to build a larger theatre. Much like with the predecessor Tivoli Theatre, residents rejected the bid on grounds that it would create noise and traffic. Allied pushed ahead with clearing the lot, but were advised not to build above ground without permission. City Council advised residents and Allied to find a mutually agreed upon solution, which they did. Allied agreed to develop less along Ash Street and provided a parking lot at the south-east corner of Academy Road and Waterloo Street.

A contest to name the theatre was run in the Winnipeg Free Press and Winnipeg Tribune. The winner received a Northern Electric radio, and would have their essay published in the paper. The winnipeg name, Uptown, was announced at Roxy Theatre on October 5, 1931.

The theatre's official opening, December 24th, 1931, was attended by Winnipeg mayor Ralph H. Webb. Contrary to popular belief, the Uptown was not the first Winnipeg-based atmospheric theatre, being predated by its sister, the Roxy (385 Henderson Highway). Where the Uptown upstaged its sister was seating capacity an sheer ornateness.

Although the theatre was leased to Famous Players, it was officially owned by the Miles family. Its run as a movie theatre ended May 14, 1960, reopening in September of that year as a thirty lane bowling alley (fourteen on the first floor, and sixteen on the second).

The Uptown Theatre is included on the City of Winnipeg Building Conservation List.