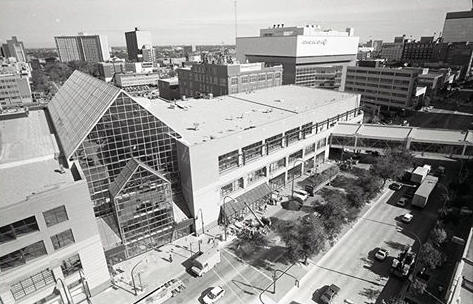 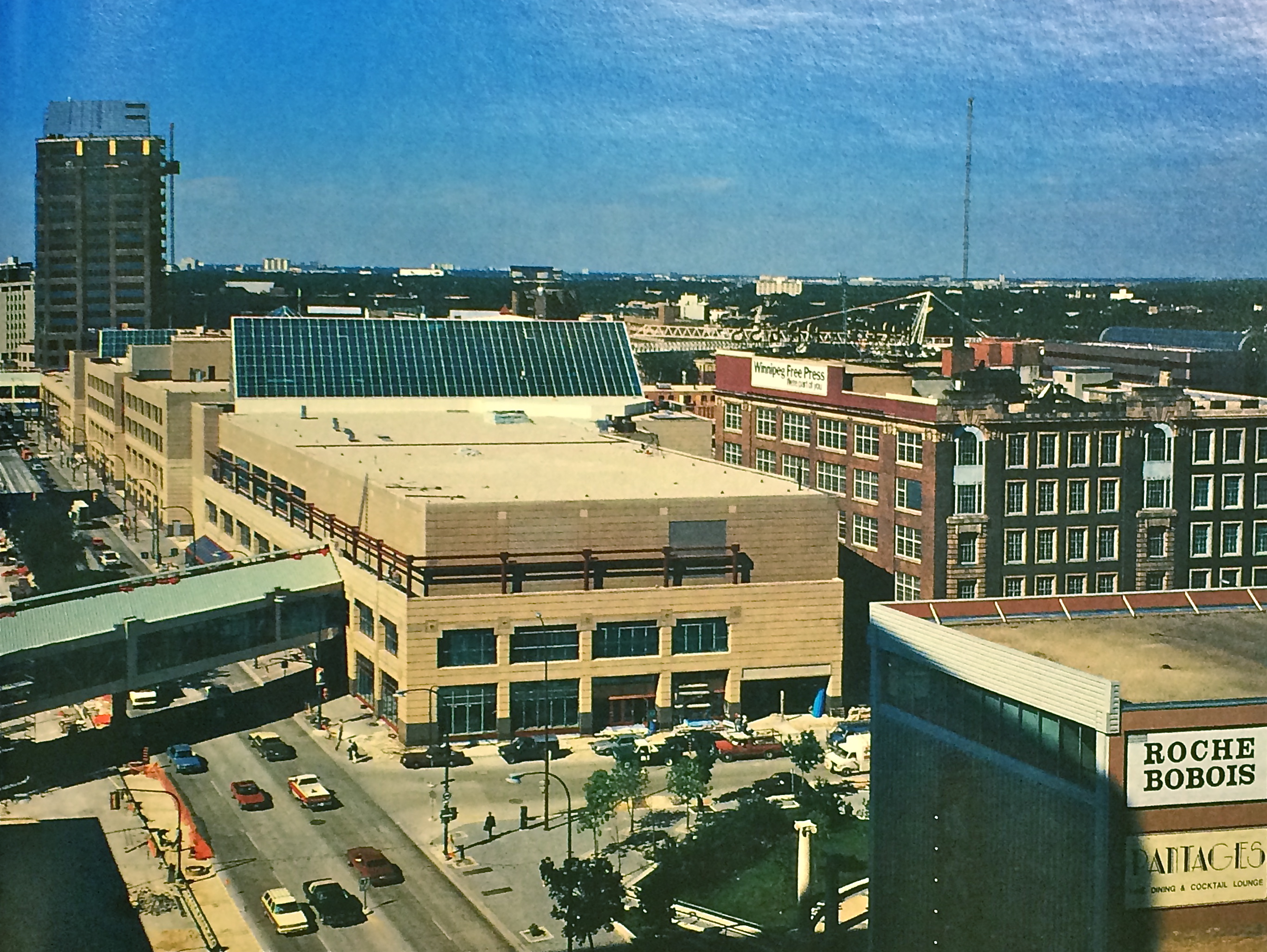 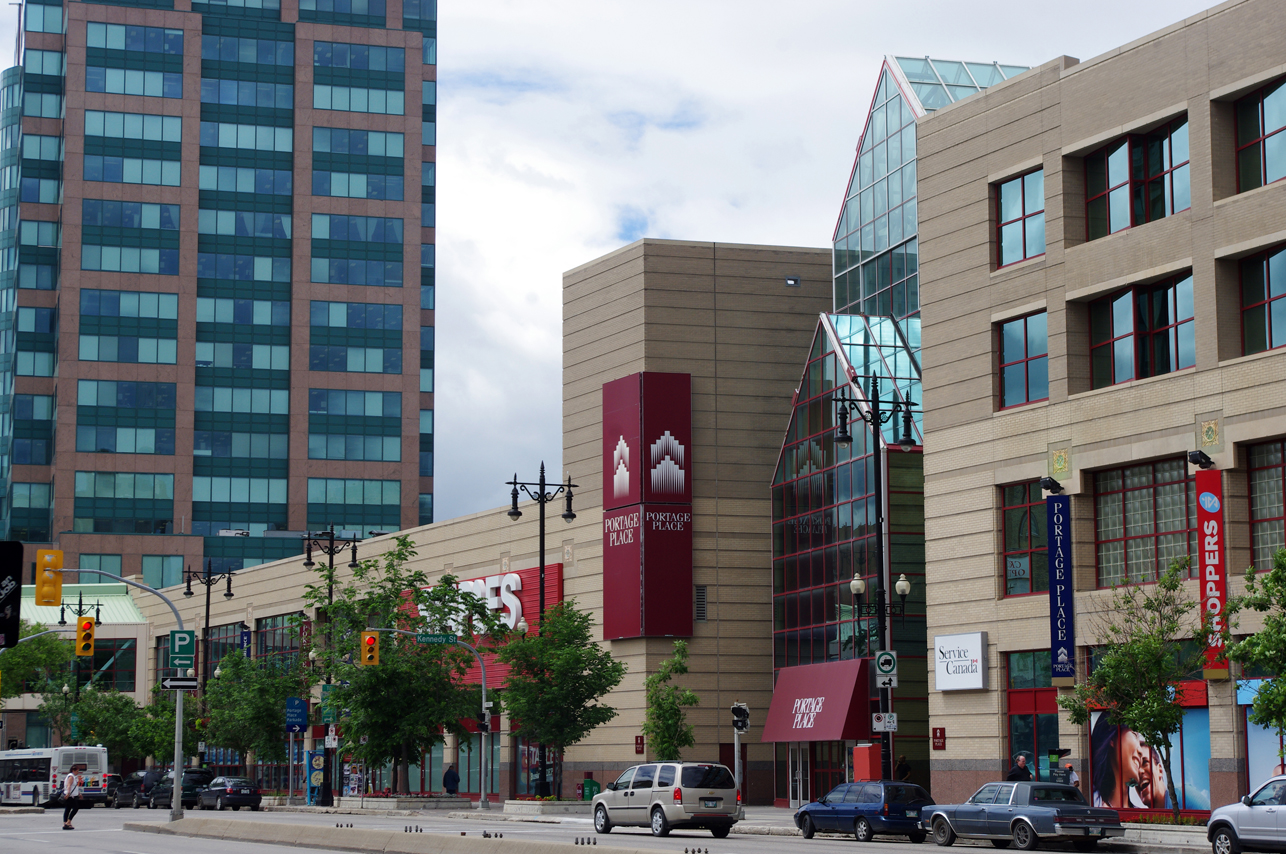 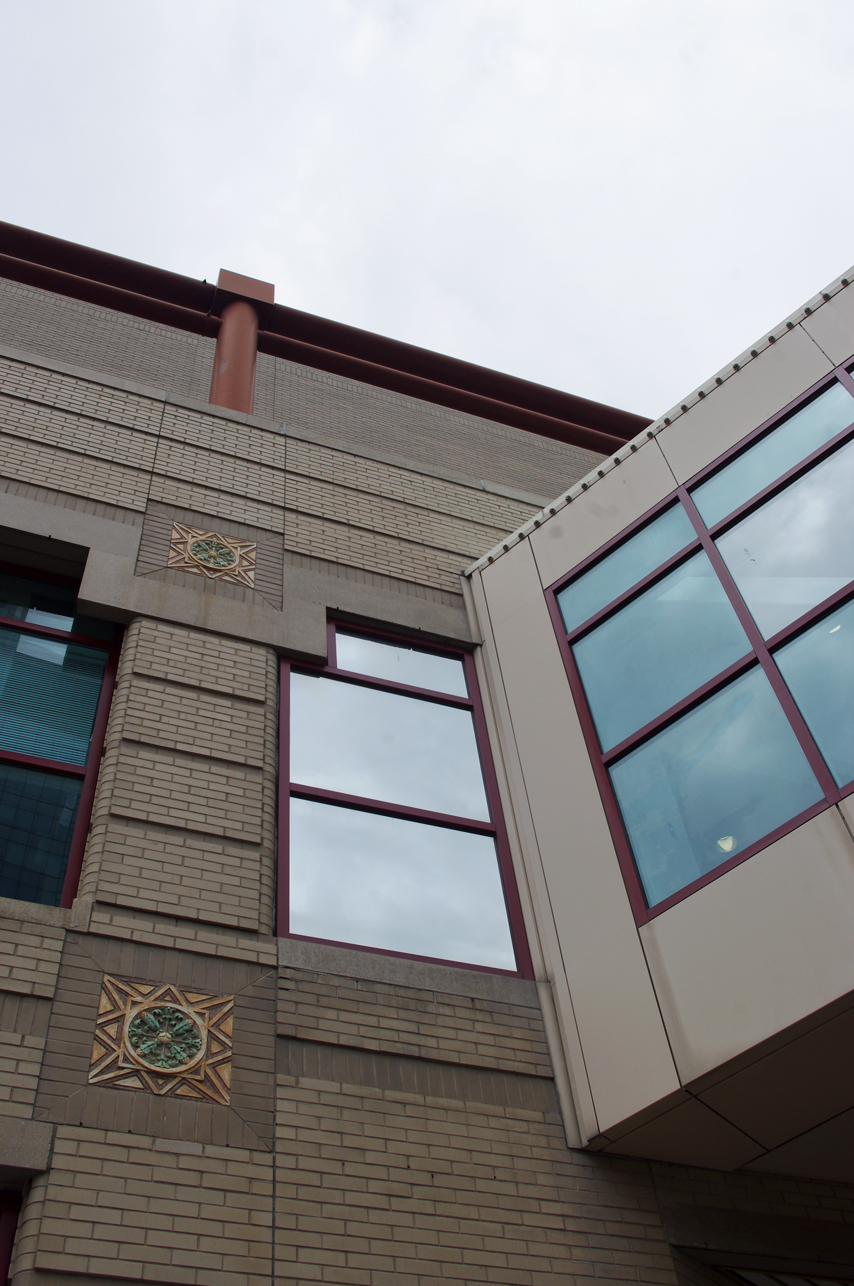 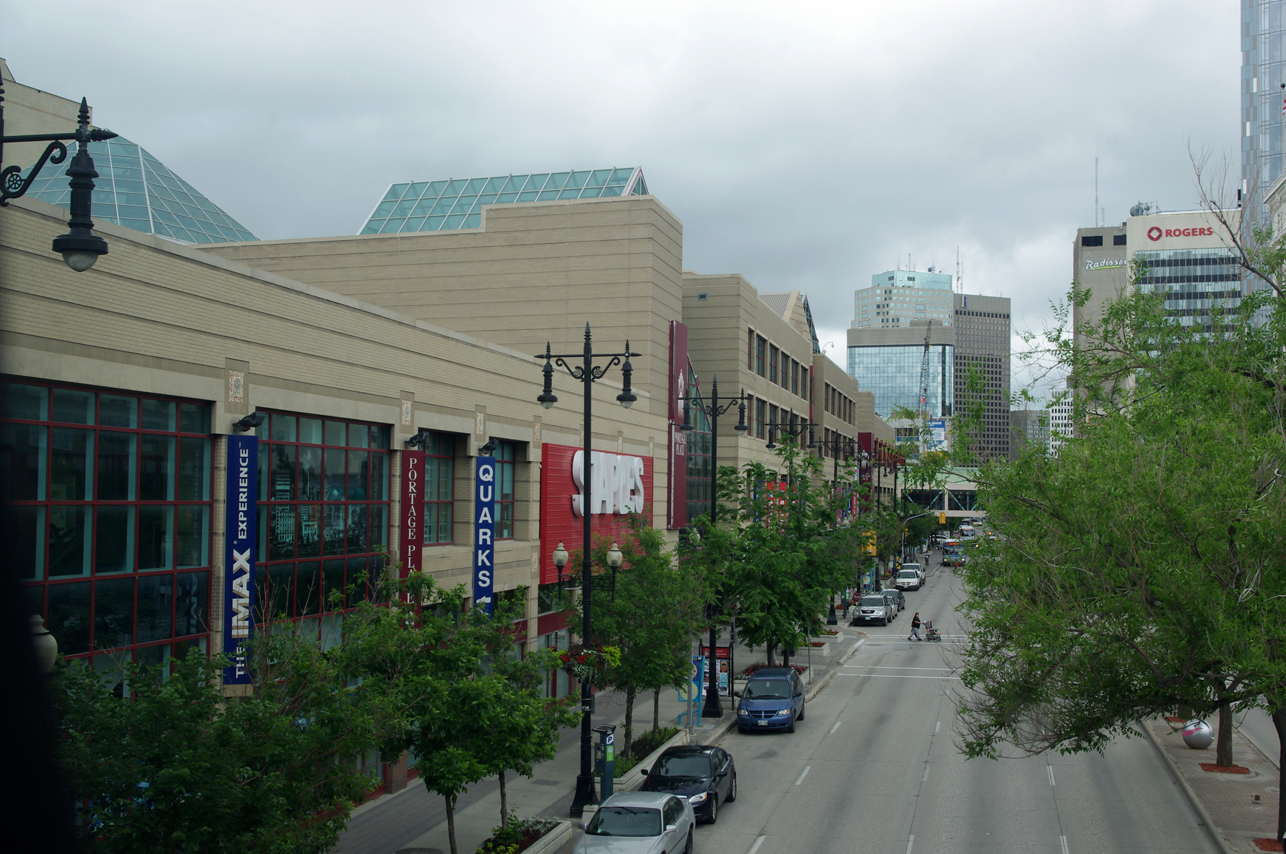 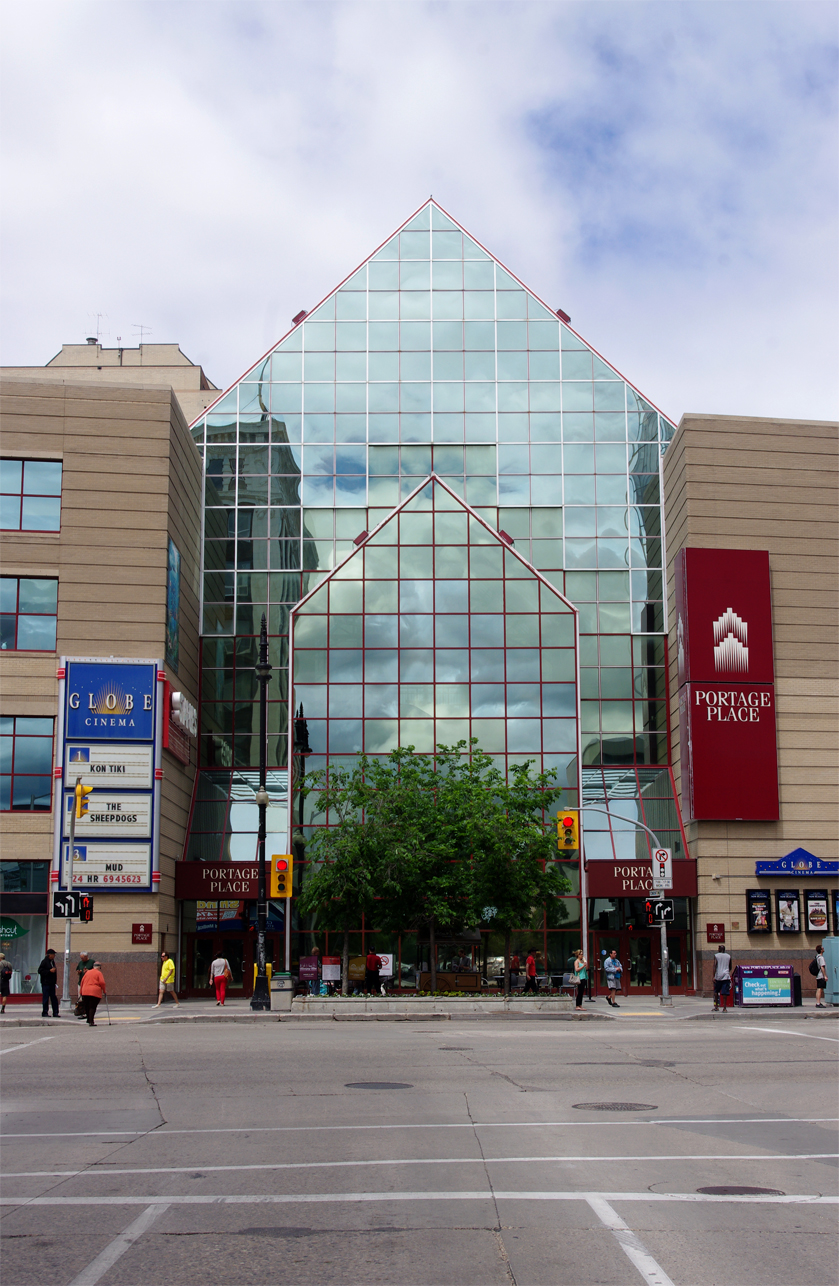 North Portage Development Corporation (now the Forks North Portage Partnership) was the driving force behind the three-city-block Portage Place development. To make way for construction, existing buildings on the site were bulldozed; construction took place throughout 1986 and was completed the following year, in 1987. The construction of Portage Place was intended to bolster the downtown economy and would serve to link two major downtown retailers via the developing indoor walkway system. The intent was to construct a mall that would compete with Winnipeg's suburban shopping centres, including Polo Park.

The exterior of Portage Place is clad in concrete and brick and has a range of glazing styles -- some are trimmed with burgundy-coloured metal frames with sculptural detailing. These elements are visible on both the first and second storeys, and are positioned between each window at regular intervals. The north-facing elevation of the mall is embellished with a copper frieze, and references several beaux art style buildings along Portage Avenue. Terracotta tiles were saved from the demolished buildings and reused as ornament.

A glass skylight atrium provides natural light to the building's interior; two additional glass atria are at the intersections of both Portage and Kennedy, and Portage and Edmonton. These atria allow for expansive views from the end of either street. The Edmonton atrium is home to a large ornate clock, known as the Edmonton Court Clock. Originally the clock was unveiled at city hall in 1903 and set to Greenwich mean time. However, once the old city hall was torn down in favour of a new one the clock was unveiled for a second time in Portage Place in 1987.

The construction of Portage Place prompted the addition of several walkways within the skywalk system linking Portage Place to The Bay, One Canada Centre, and the Carlton Building. This construction altered the cityscape, and these walkways are unique within the skywalk system -- they are the only over-street passages that accommodate retail spaces.