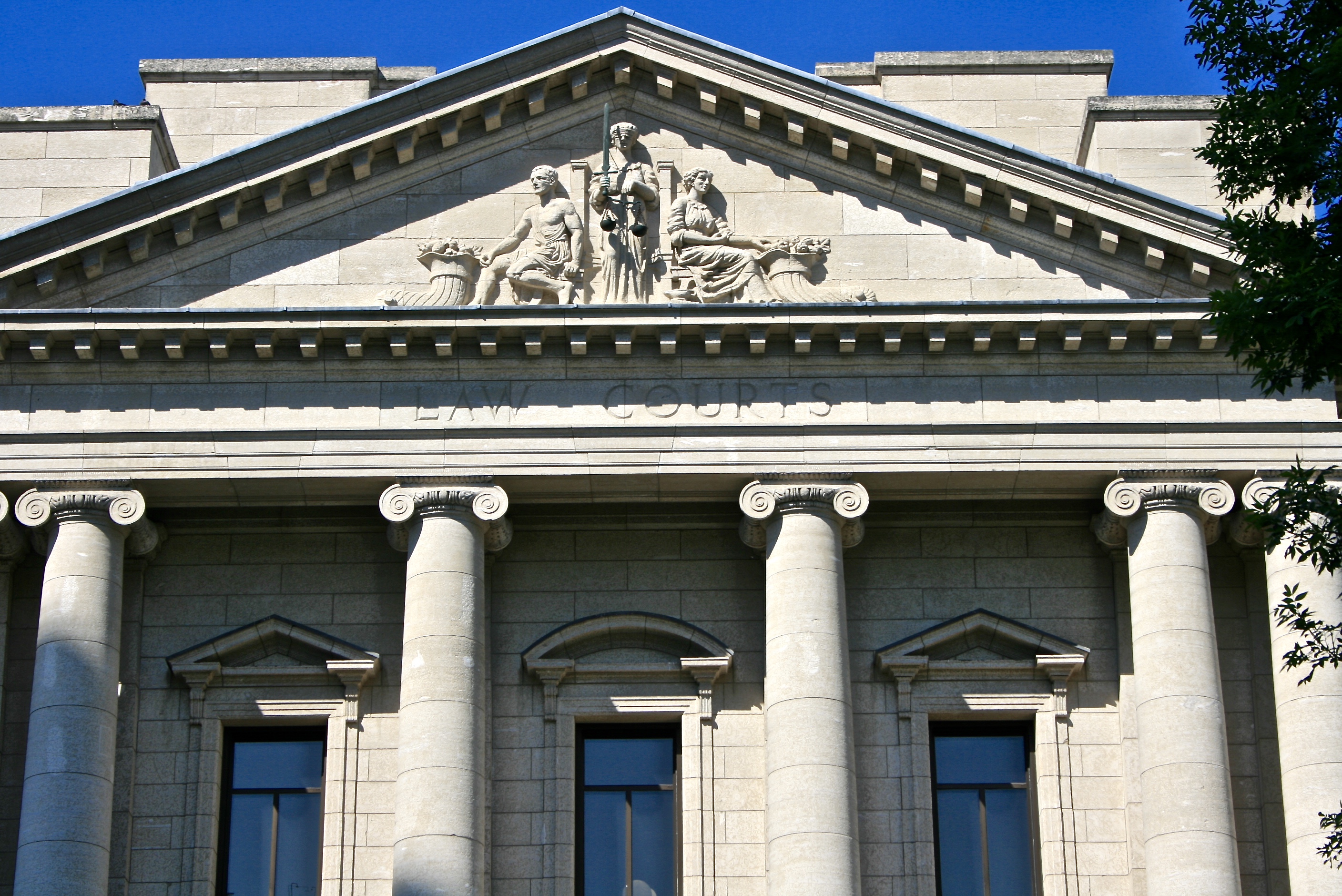 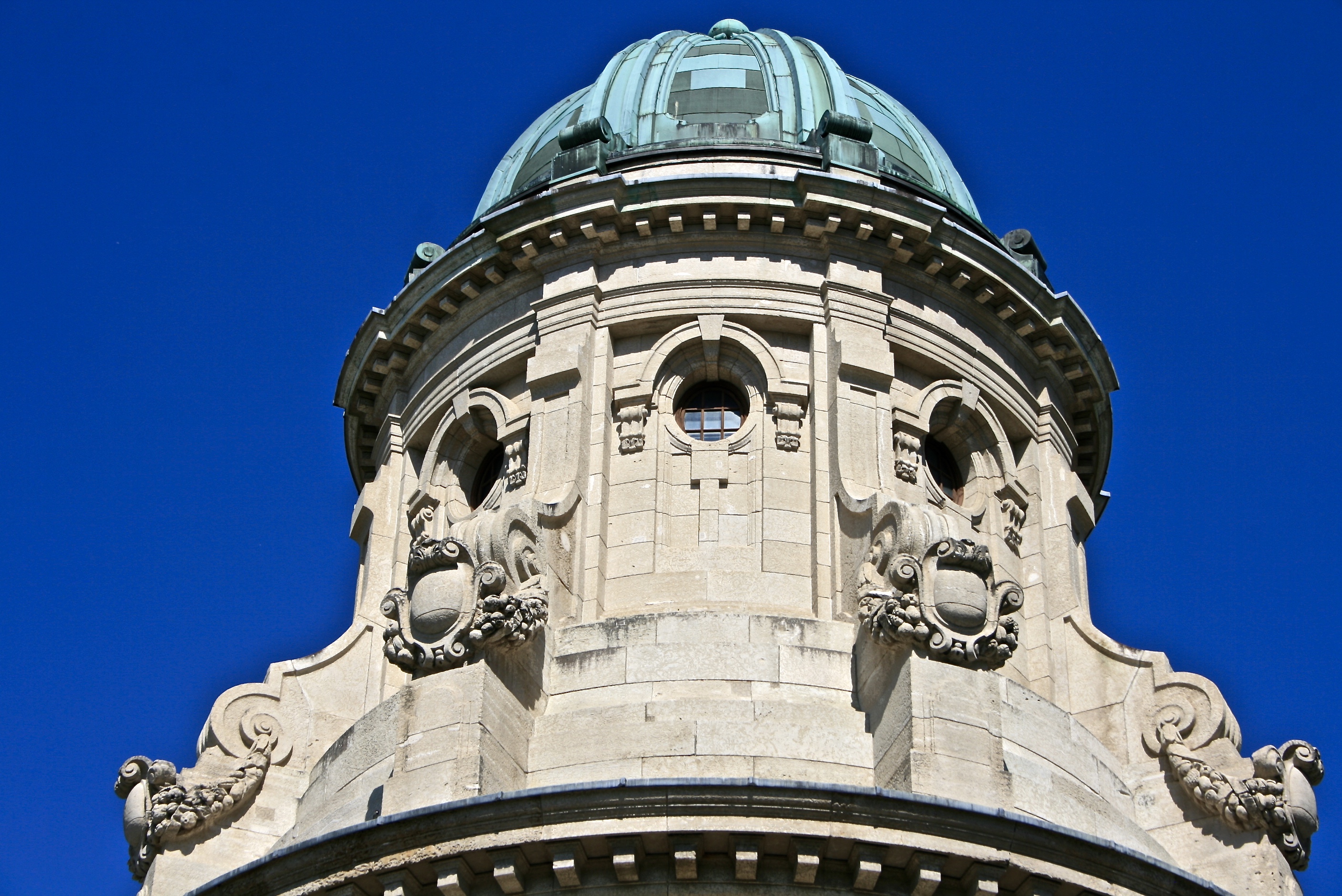 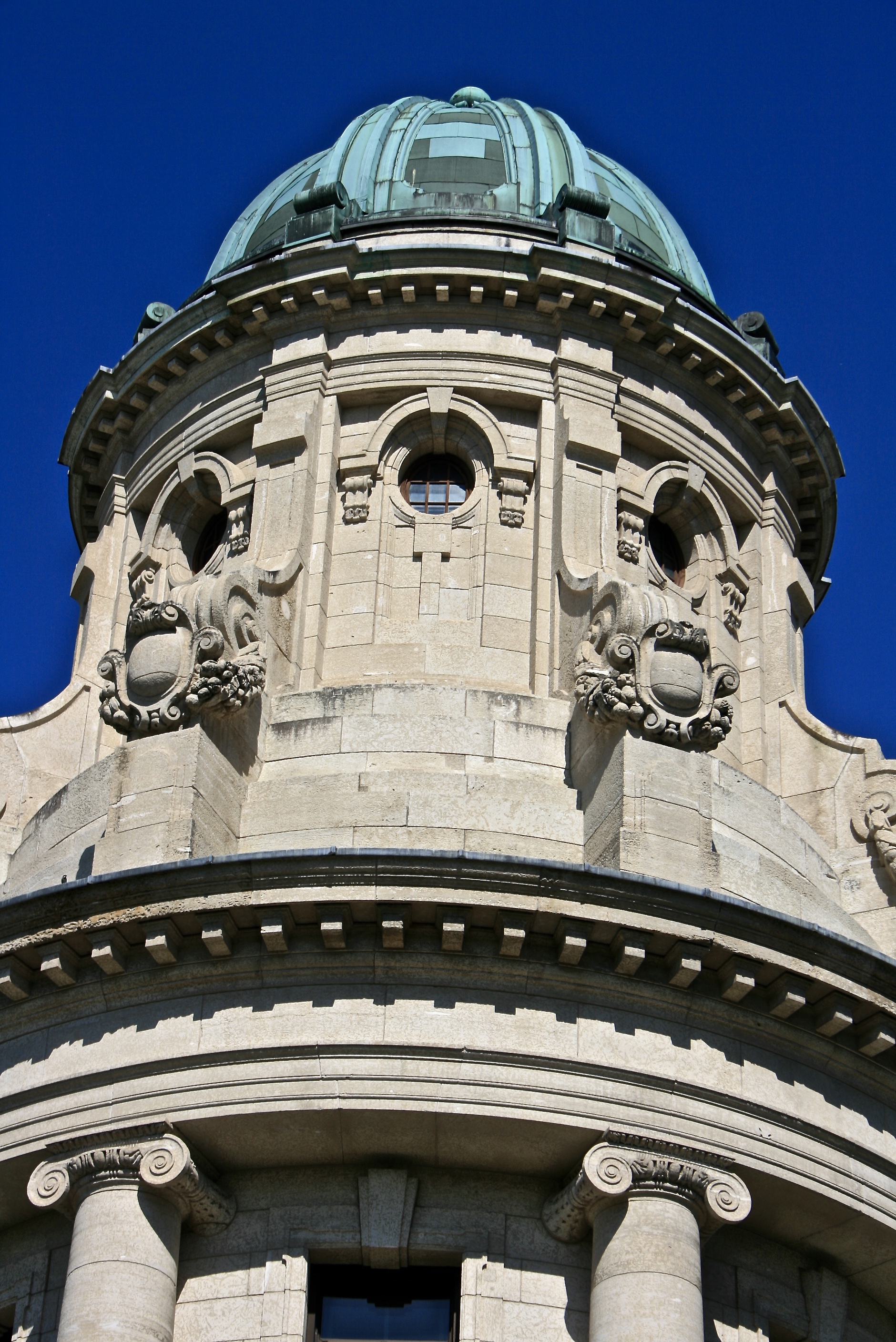 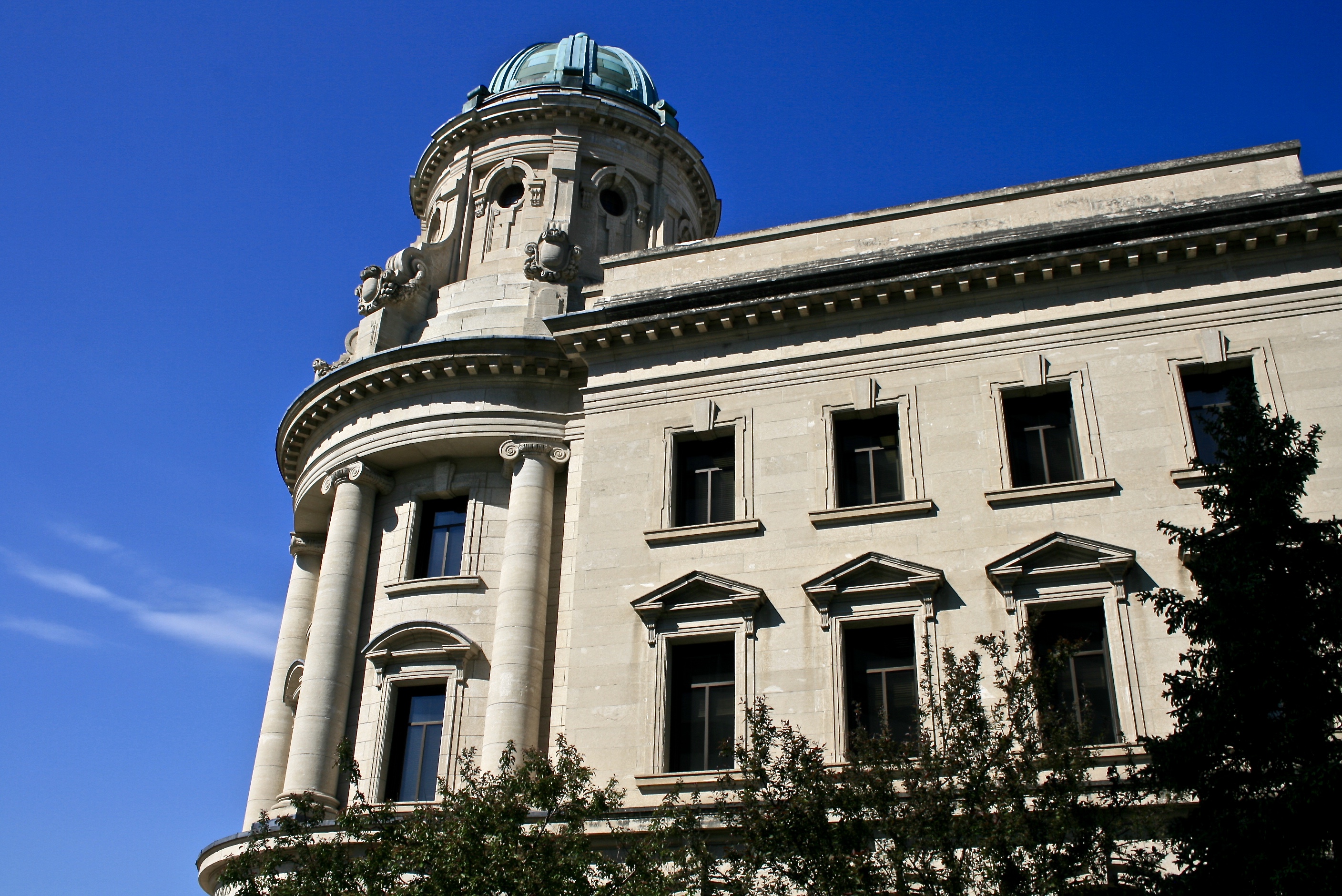 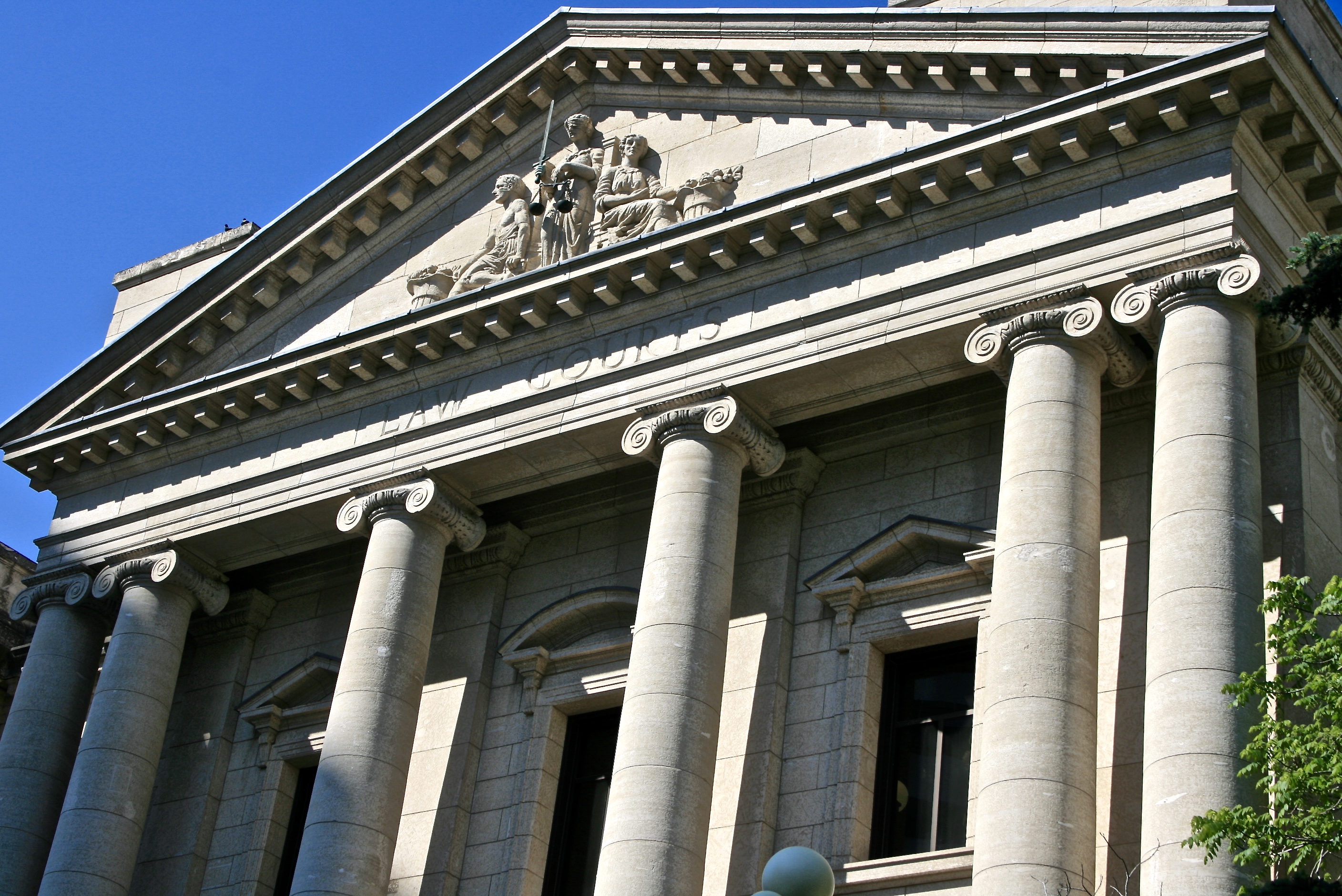 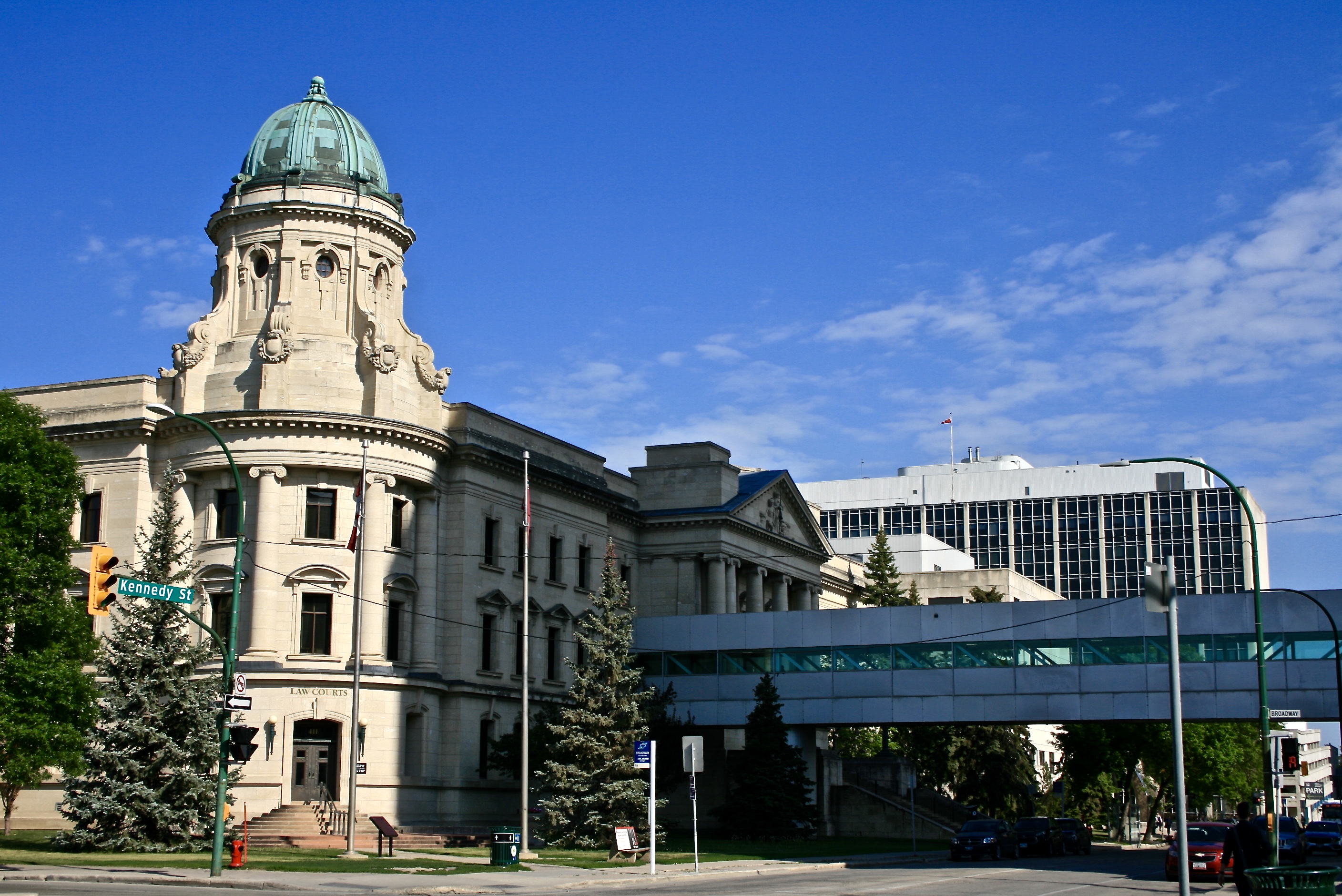 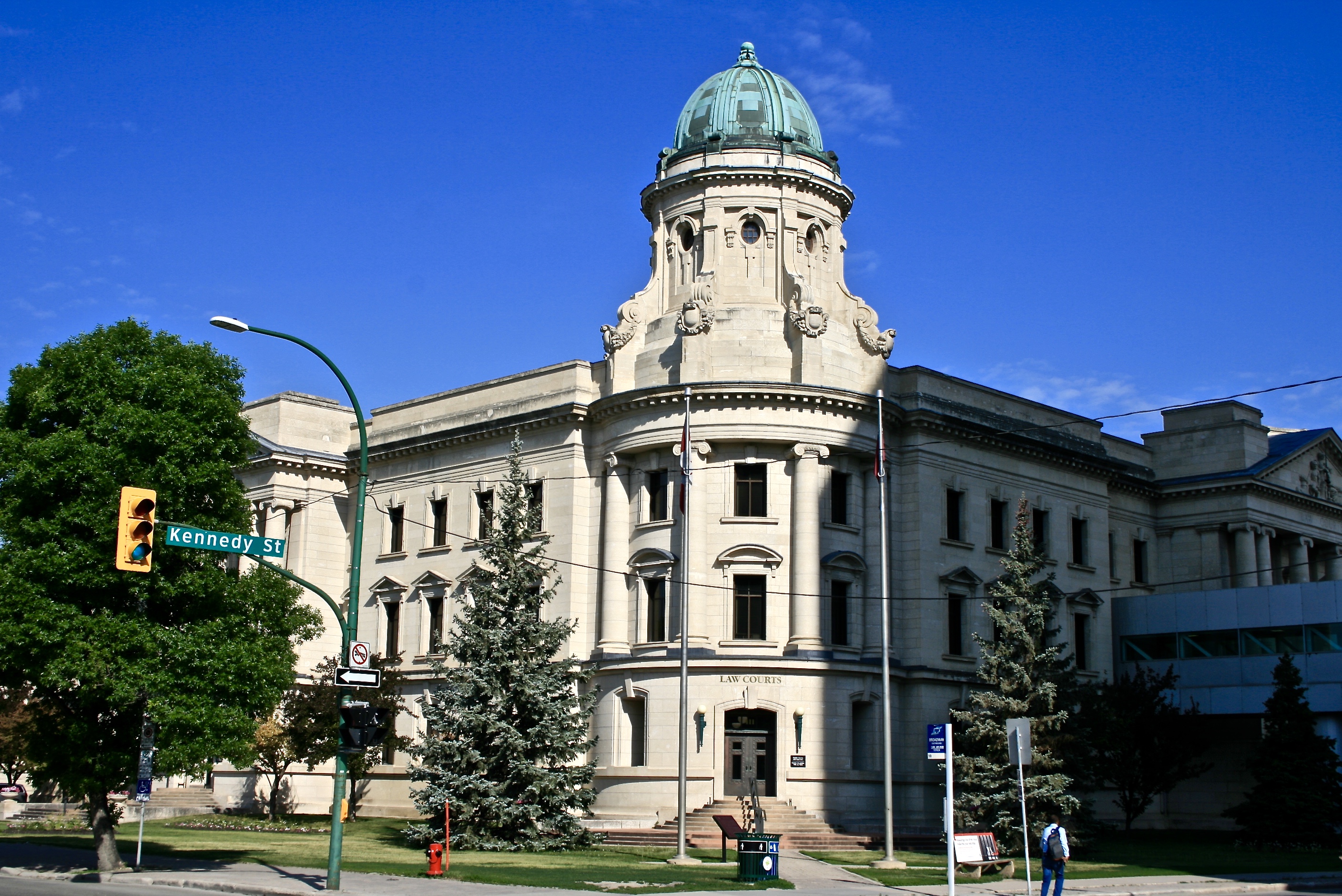 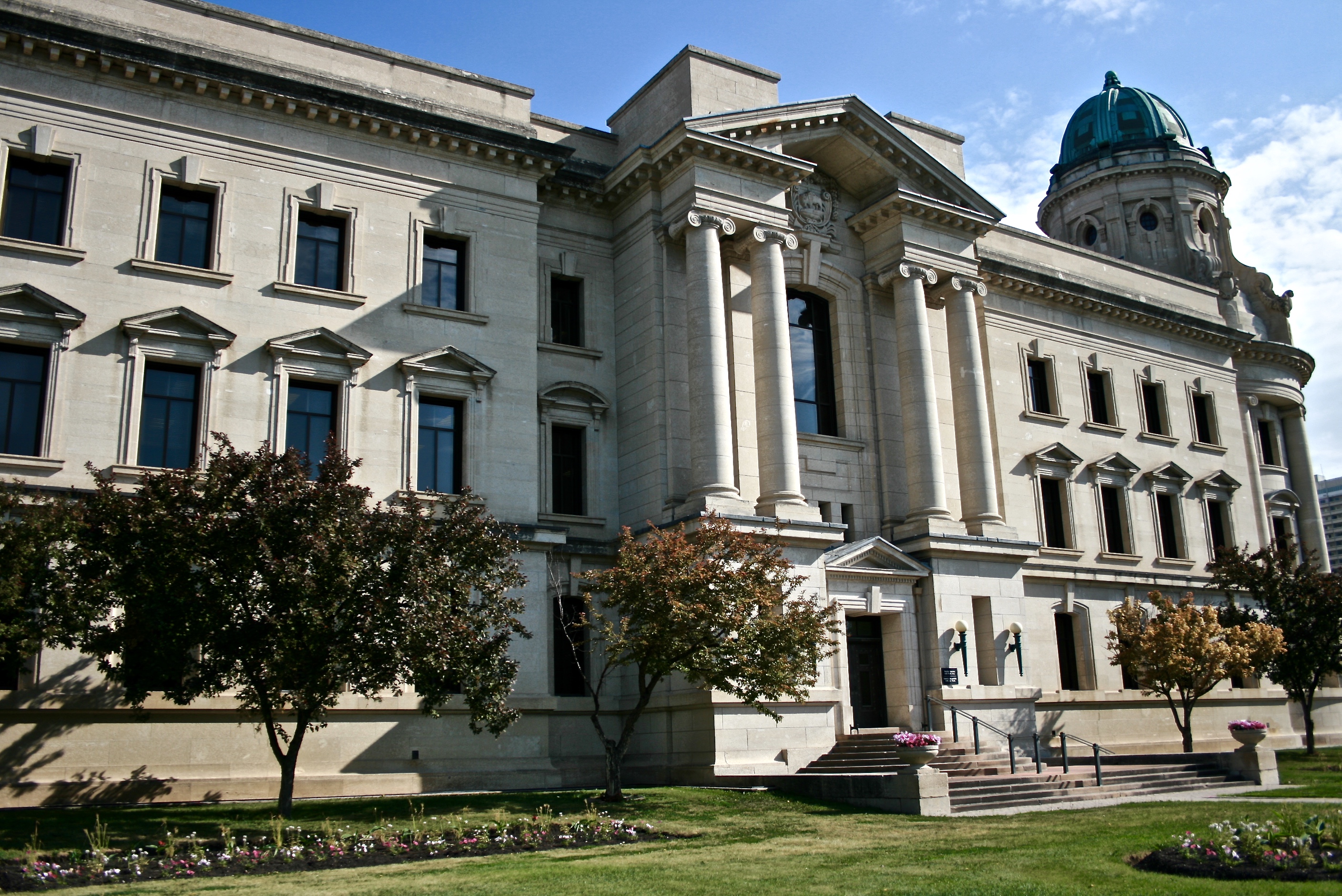 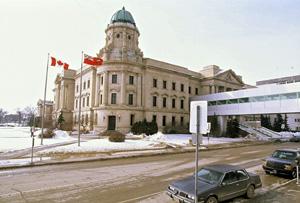 Situated across from the Manitoba Legislative Building, the Manitoba Law Courts building stands as an impressive symbol for Manitoba’s court system. This three-storey Beaux Arts structure was constructed between 1912 and 1916. Samuel Hooper, the provincial architect from 1904 until his death in 1911, was the original architect for the project. He was then replaced by Victor Horwood, who is credited with designing the final plans for the building. Horwood was eventually replaced as well due to his involvement in the Kelly Construction Co. scandal, and architect John D. Atchison oversaw the construction of the building until its completion.

The exterior of the building was designed with an elaborate corner cupola with a raised copper dome which ties the pedimented pavilions on the south and east façades together, and draws the eye to the columned “grand entrance” on Kennedy Street. The creamy-grey local Manitoba Tyndall limestone cornice runs along the facade and was also used for the detailed parapet.

The major public spaces of the interior feature grey marble floors and walls of Missisquoi grey marble swirling with subtle green tones, to a height of 2.7 metres (9 feet). Coffered squares segment the ceilings are decorated with gold leaf. Oak wood panelling was used in finishing the courtrooms. Double-loaded corridors run through each wing of the upper floors, with a closed U-shaped interior courtyard providing natural light to the interior. Measuring 70 by 60 metres (233 by 199 feet) with three full floors, the Law Courts provided ample space for its many courtrooms, offices, judges’ chambers and a large library.

Interior court rooms feature large windows, with the higher courts accessed by interior passageways so that prisoners could be brought directly into the court from holding areas below, and to provide private entries for the judges. Courtroom 210 is believed to be the largest Marble courtroom in North America.

A plaque sits in front of the corner entrance of Broadway Avenue and Kennedy Street. The plaque details the architectural relationship the building has with the surrounding buildings. Specifically, the Legislative building just across the street. The two buildings grace either side of Broadway and compliment each other beautifully.