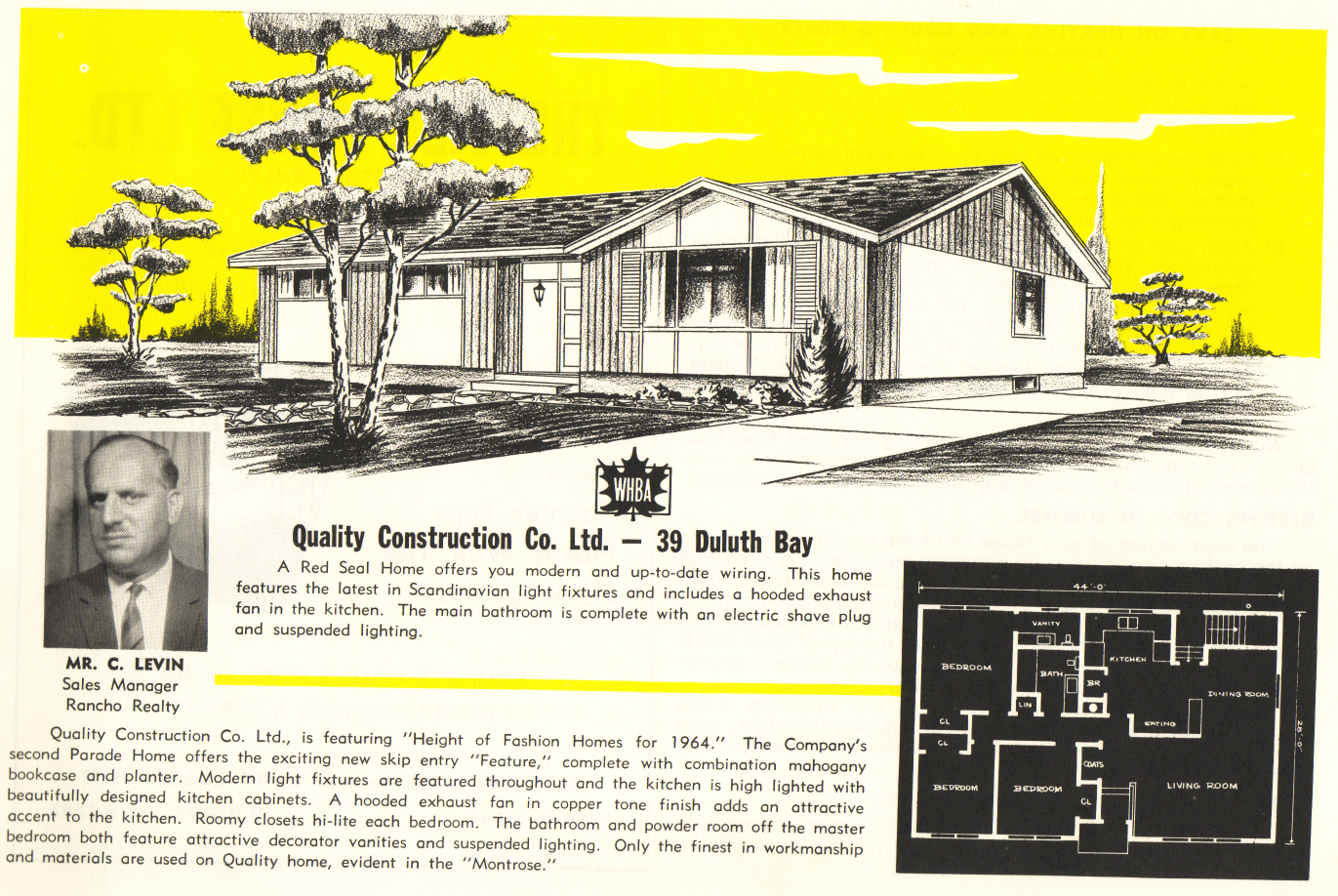 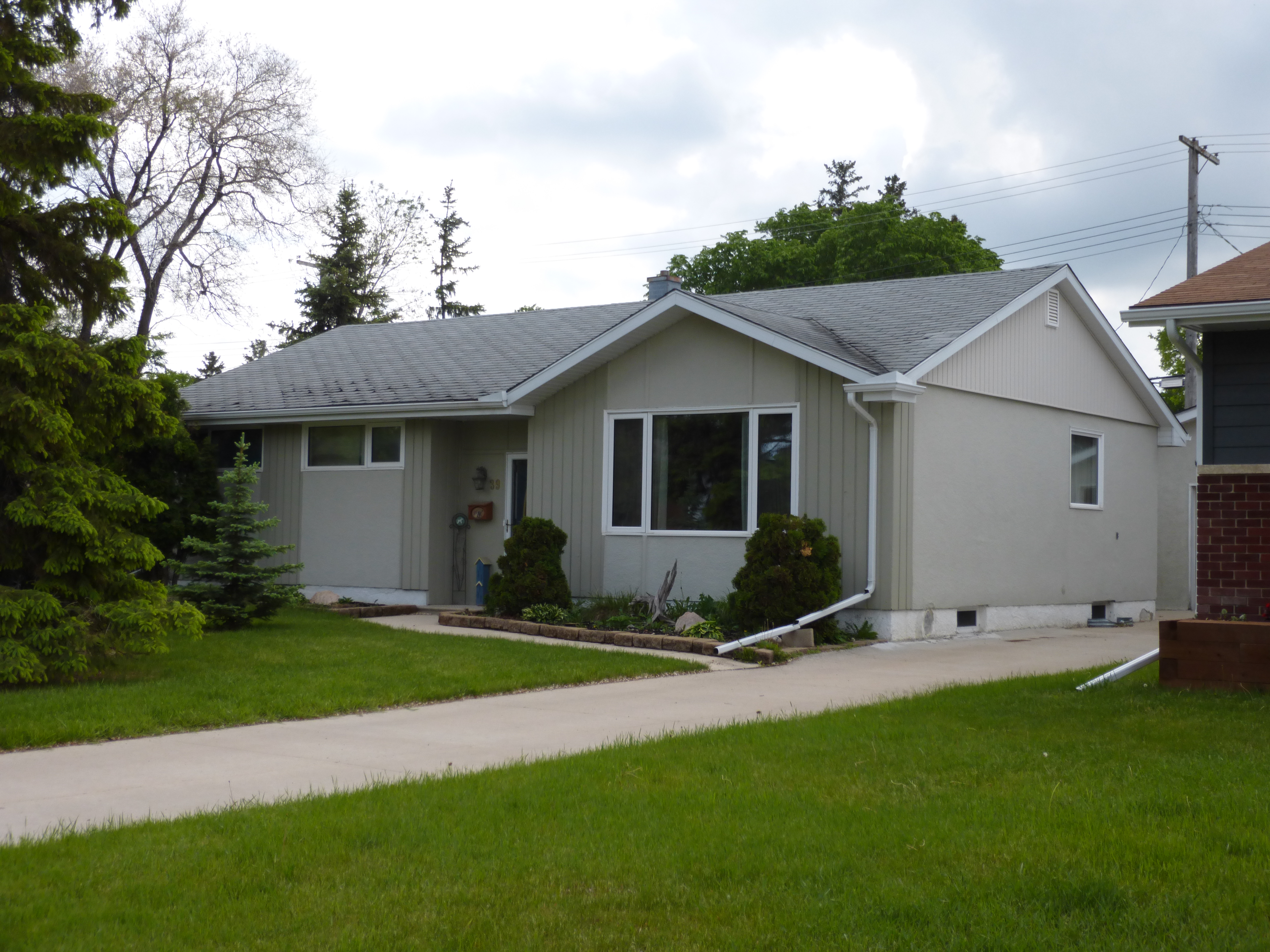 Through the use of off-site manufactured components and on-site assembly, Quality Construction became one of the “largest specialist home builders in Western Canada.” In eight years, the number of employees grew from 25 to 200. The number of houses built increased from 25 to 400 in Winnipeg, with more than 6,000 when one included homes in Calgary and Edmonton. Several homes from Quality Construction were featured on Duluth Bay, and exemplify the pre-fabricated and diverse styles characteristic of Windsor Park (also see 3 Cherry Crescent).

The "Montrose" model home at 39 Duluth Bay is characterized by the popular L-shaped living room. Its interior decor included suspended Scandinavian lighting, as well as a more modern feature, an electric shaver plug-in in the bathroom.