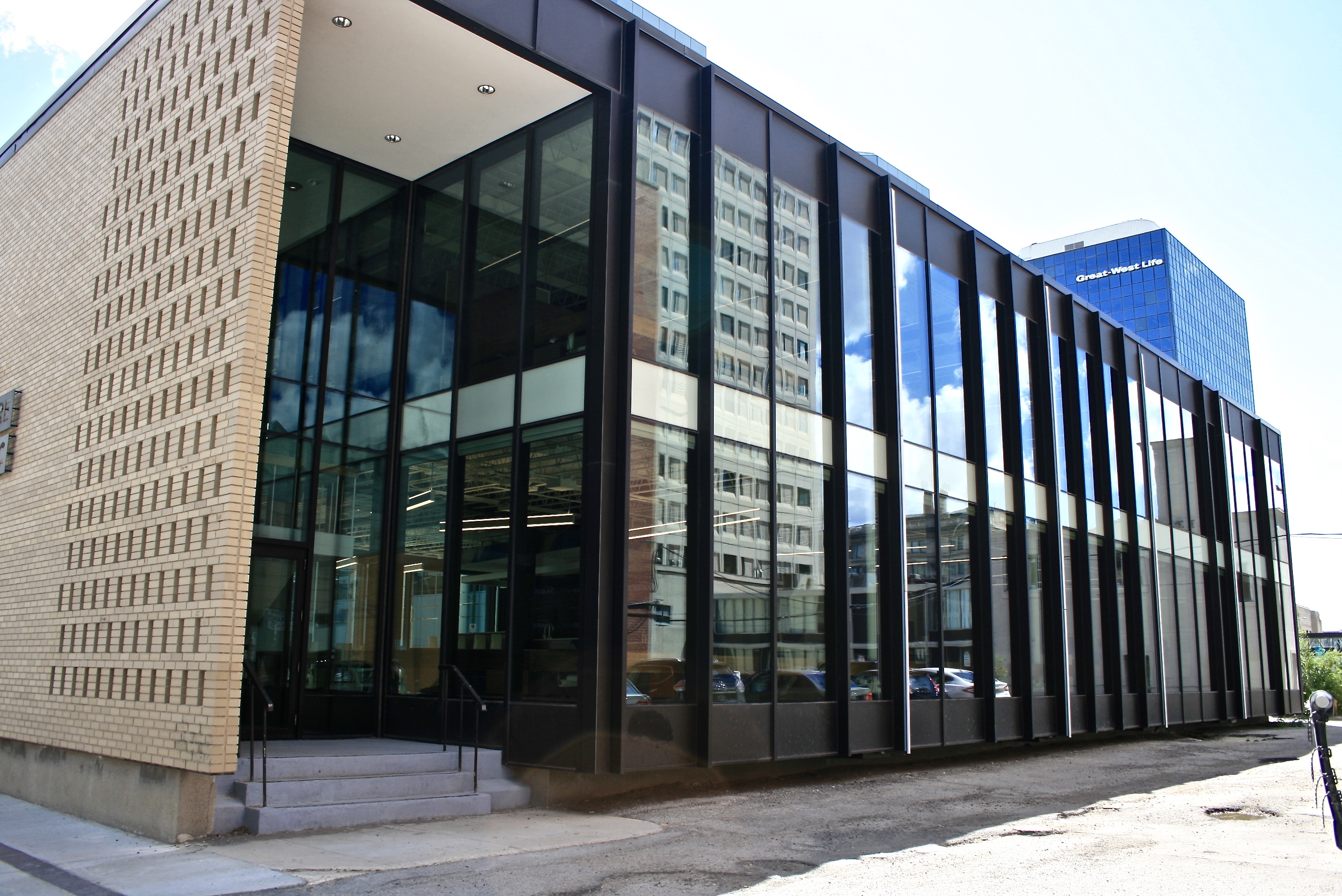 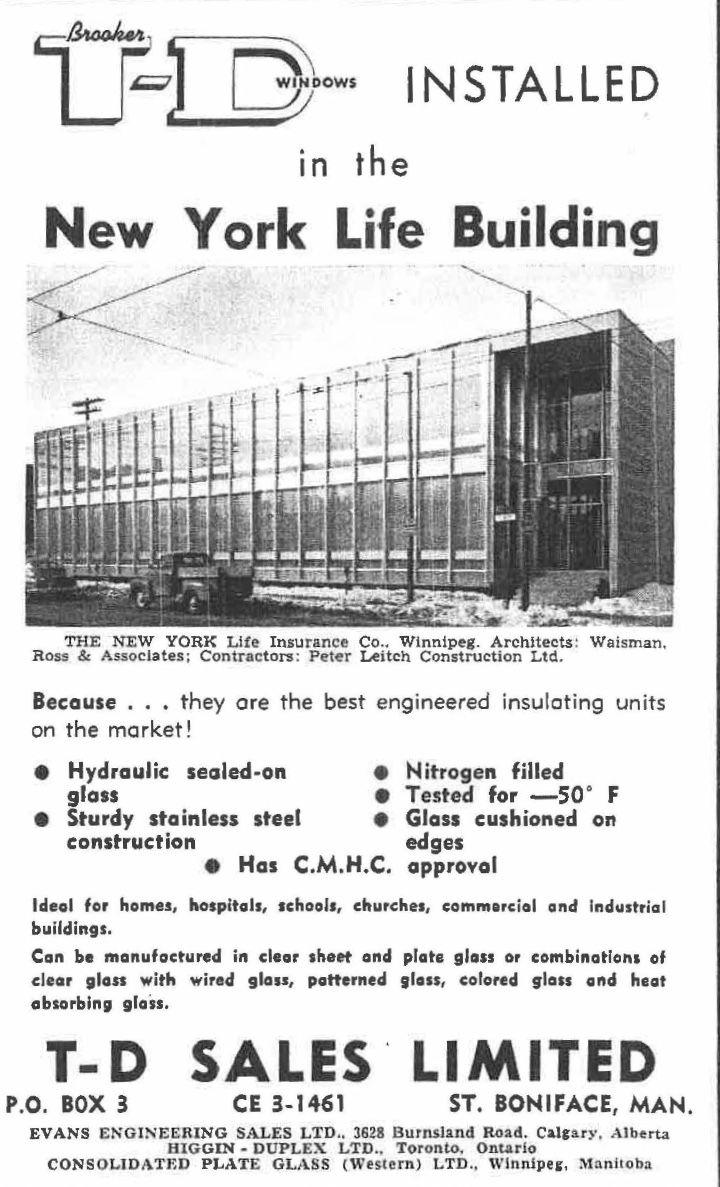 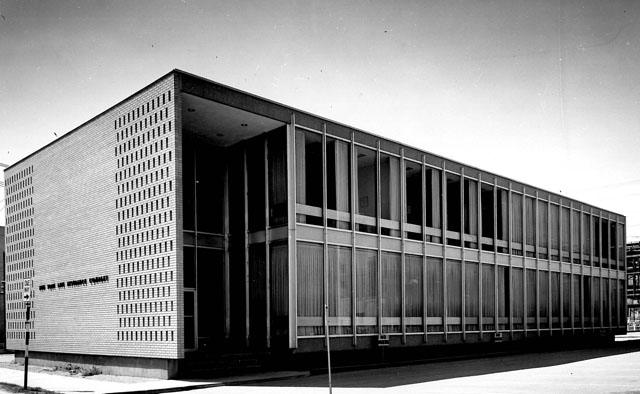 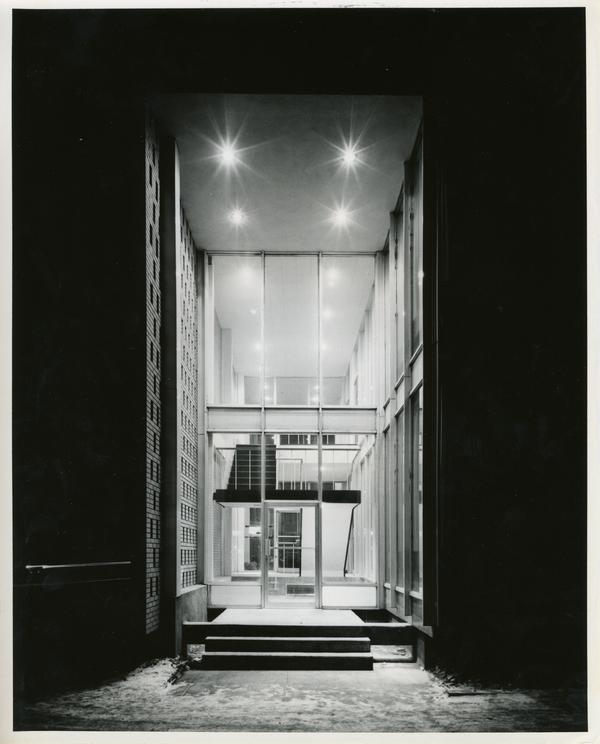 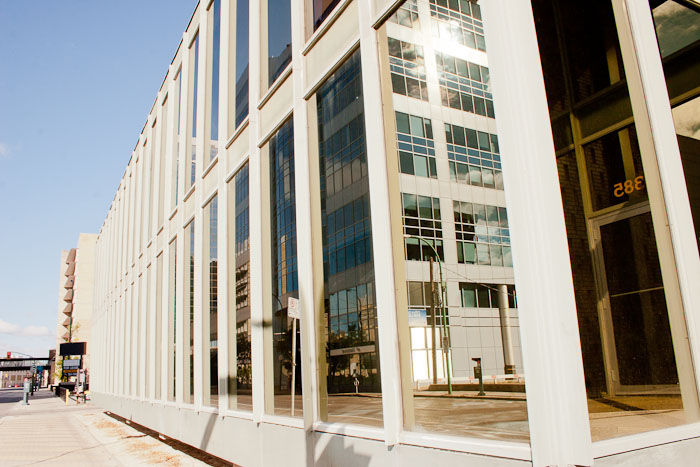 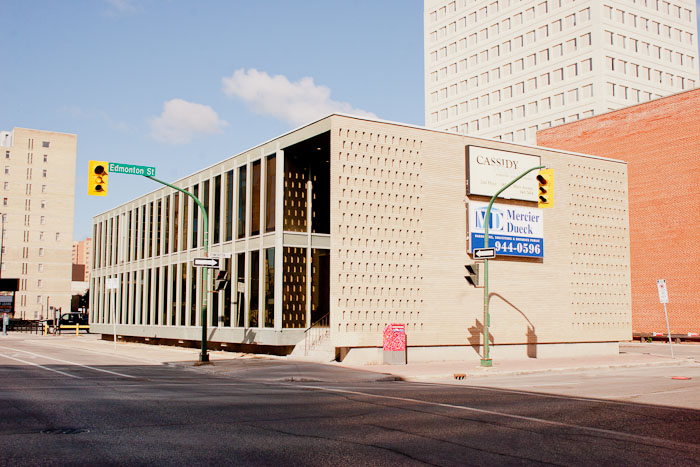 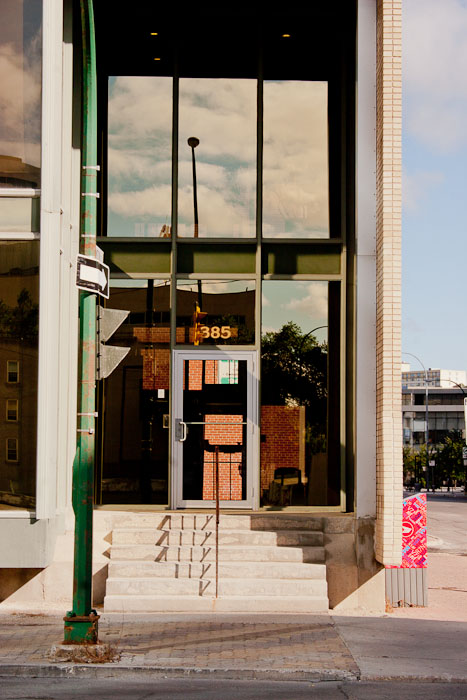 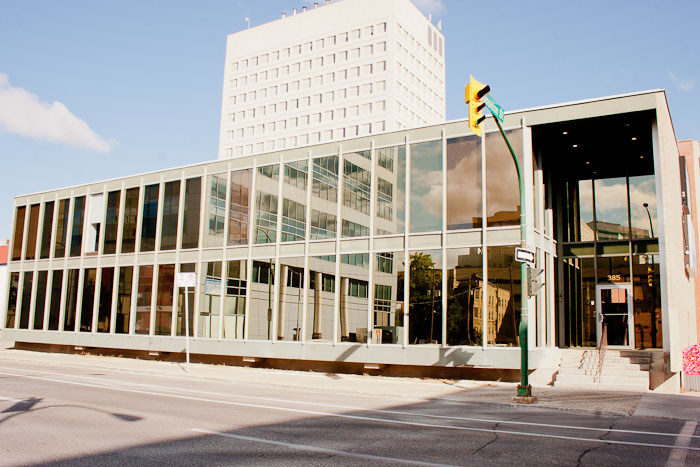 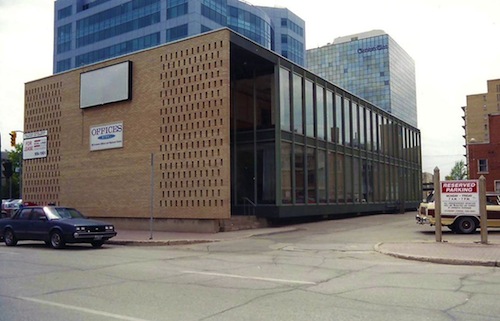 A small jewel of precise Modernist design, this two level office building captures the clarity, simplicity, and materiality that typify the best of post-war commercial architecture. Designed by Geoffrey Baragh of Waisman Ross and Associates, the New York Life Insurance Building at 385 St. Mary Avenue was constructed in 1957-58 by Peter Leitch Construction Limited. The developer of the structure was Harvard Investments Limited, a firm owned by Winnipeggers Jack Perrin (1915-1992) and J.D. Perrin (1890-1967). This was one of the first new office building constructed in downtown Winnipeg following the Second World War.

The structure of 385 St. Mary Avenue is steel, with glass curtain walls on the north and south elevations. The structure cantilevers one metre over it's foundation and promotes the building's minimal, light appearance. The Royal Architectural Institute of Canada Journal applauded the design of the New York Life Insurance Building, and ran a full page photo article in 1960.

As reported in Western Construction and Building, the original glazing was the best available on the market – super-insulated and nitrogen filled, in a stainless-steel frame, with metallic spandrel panels. Glazed ceramic mosaic tile fascia (in a green-blue hue) topped and lined the bottom of the curtain, a detail which has been alternately removed and covered over.

The building footprint is 103 feet by 43 feet; below stands a half-basement which houses the building's mechanical and electrical services; a crawl space is under the east portion of the building. Two sets of stairs, on either end of a double loaded corridor lead to the second floor.

For many years the building operated with the New York Life Insurance Company utilizing the conference rooms and offices on the first floor; the upper level was leased to an accounting firm and government agencies. Parking for ten cars was situated on the north side of the building. A later tenant were the offices of the 1967 Pan Am Games. In 1975 The New York Life Insurance Company relocated to the Richardson Building at the corner of Portage Avenue and Main Street. The accounting firm of Tadman Hornstein Kalef and Company, long-standing early tenants, were replaced in 1980 by Sill Streuber Fiske and Company, also chartered accountants. This company shared space with the local offices of the Globe and Mail. Since the early 1990s a mix of professional and service agencies have leased the building.

A 2017 restoration to the building maintained the original design of the building. The restoration was done by Republic Architecture Inc. who were recognized for their work by Heritage Winnipeg.