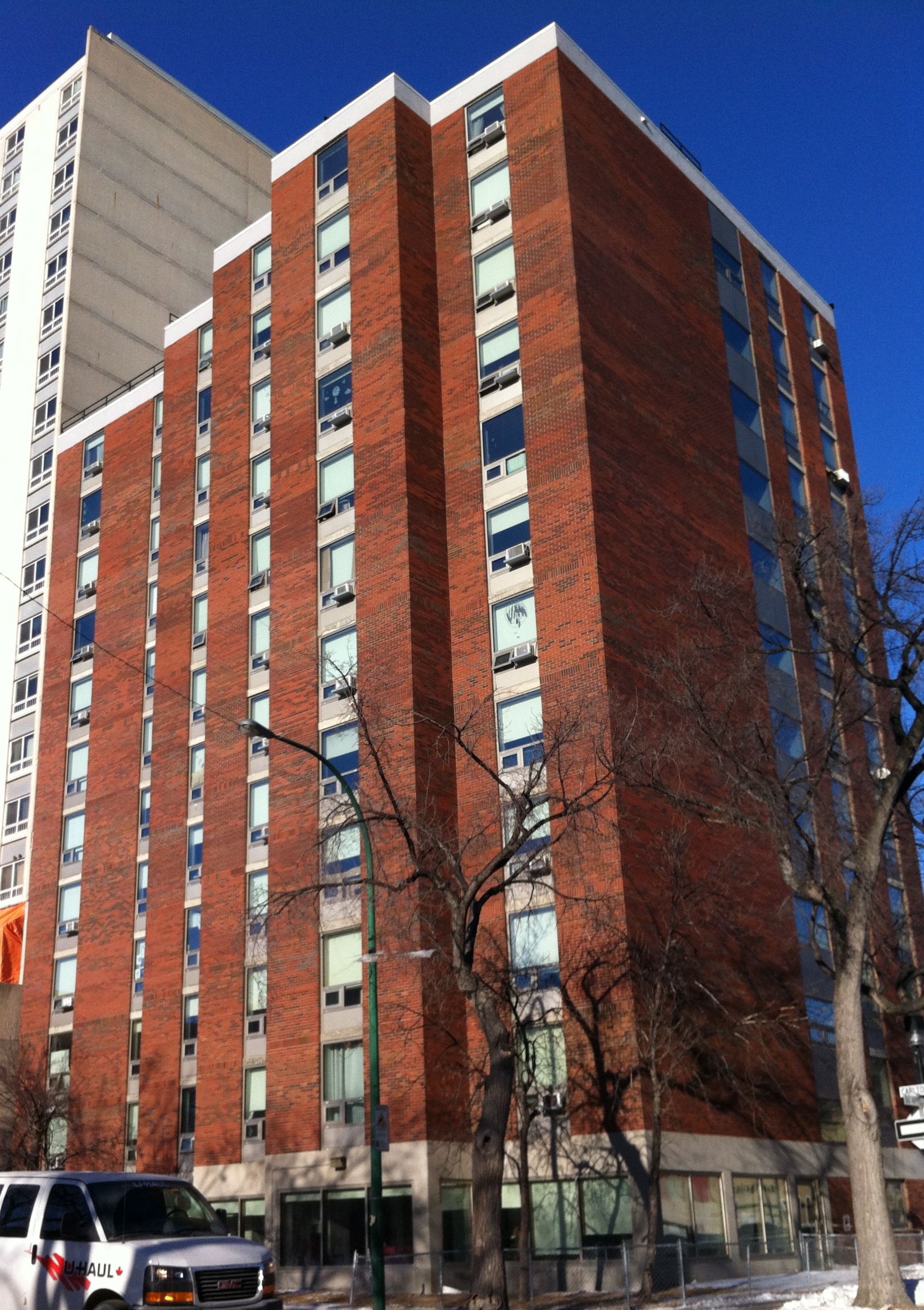 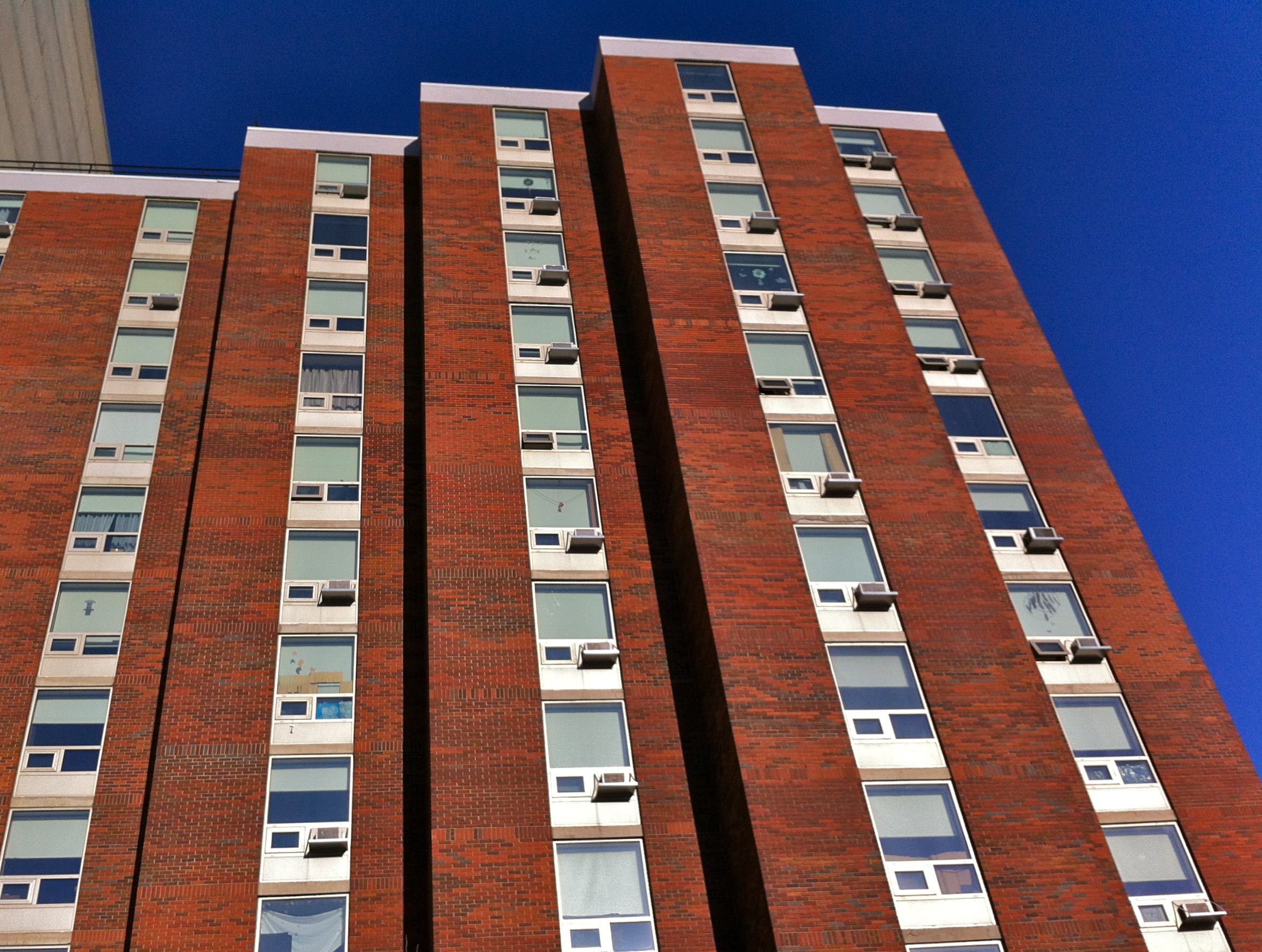 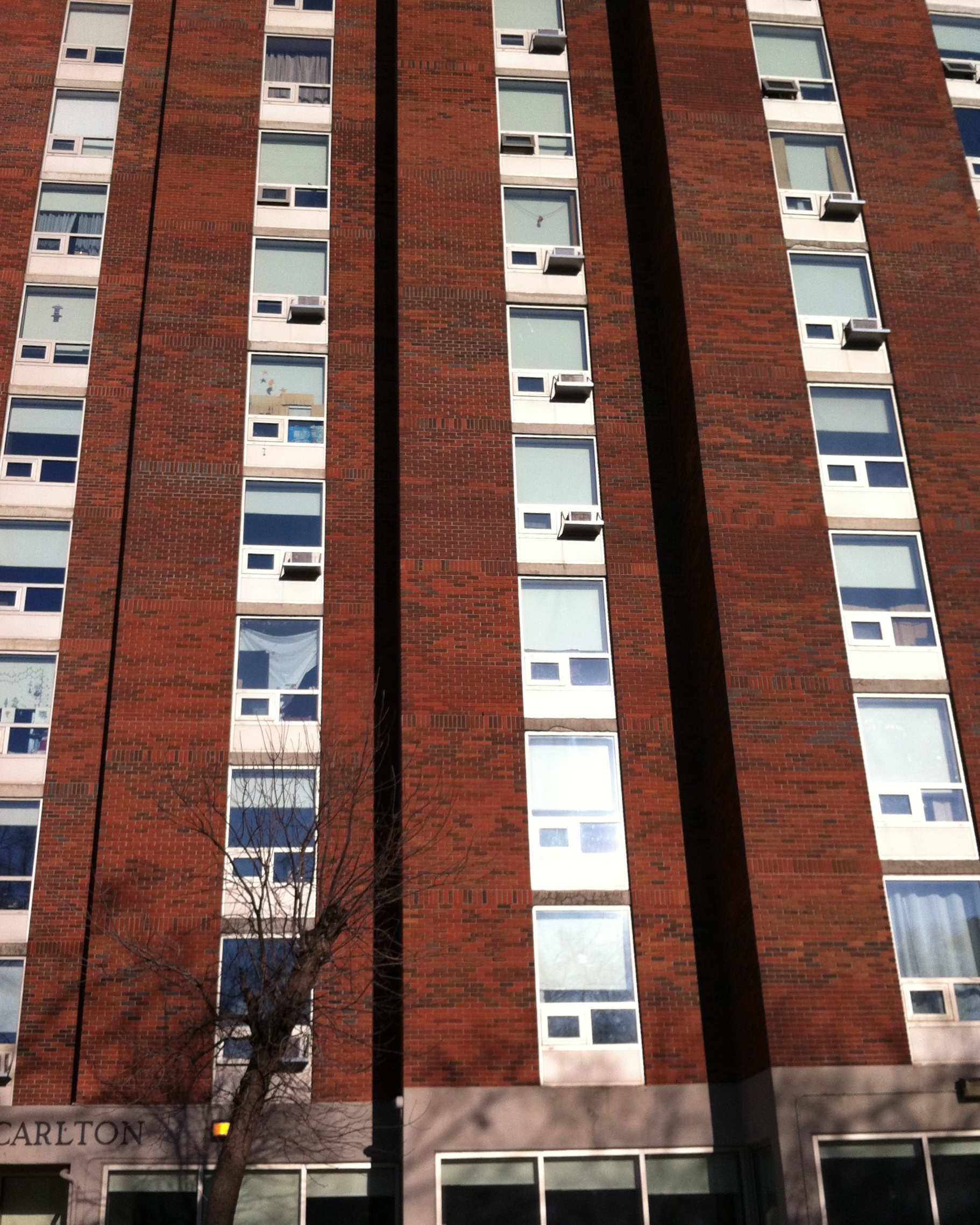 This twelve storey building, containing 122 units, was opened in June of 1975 as an elderly citizens' home. The project – estimated to have cost $1,432,400 – was funded by the Canadian Mort gage and Housing Corporation and the Manitoba housing ant urban renewal corporation. In the words of H.N. Dubowits, secretary of the Manitoba housing corporation, the tower was constructed to "meet the needs of decent modern housing for the elderly."