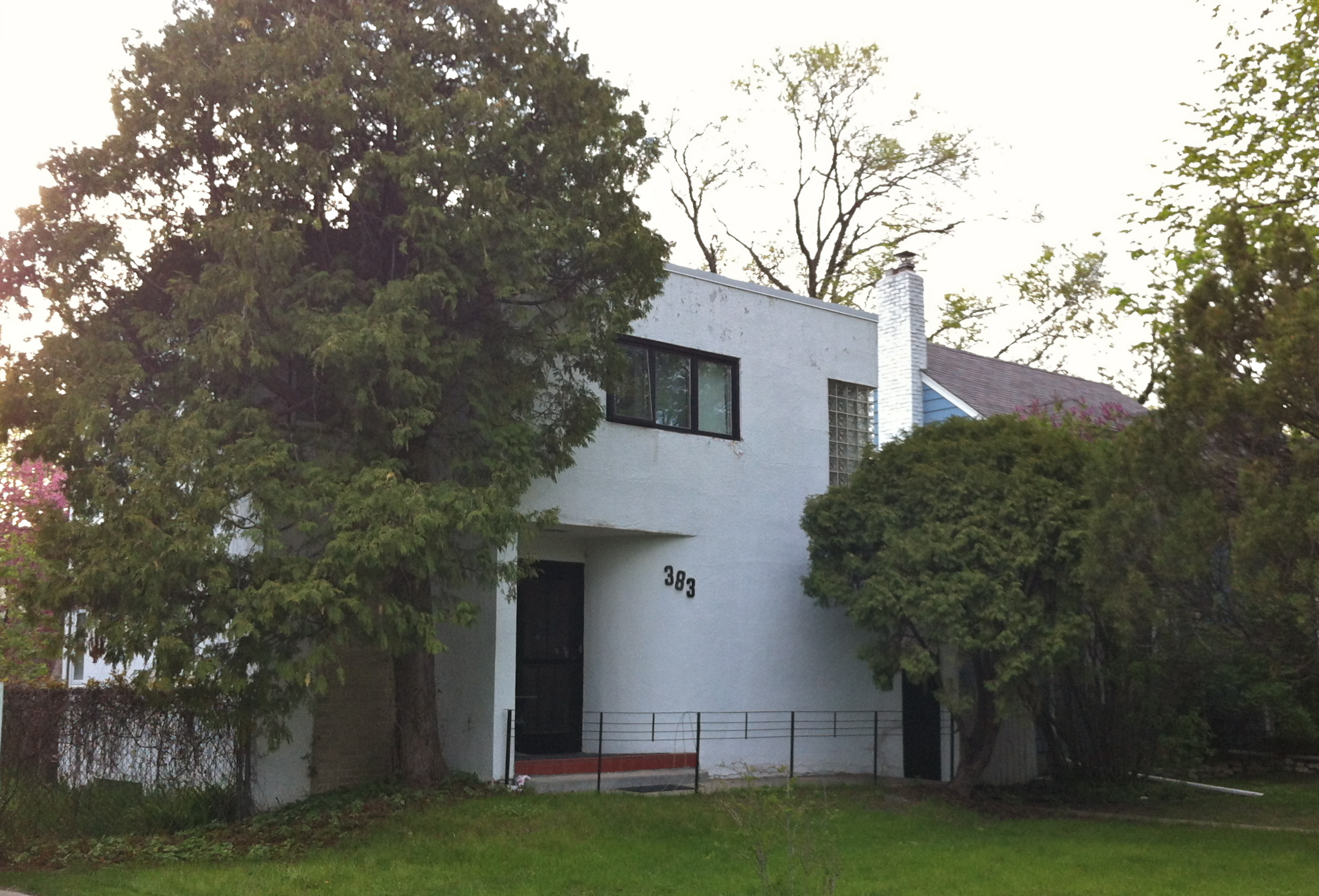 On a street filled with contemporaneous homes featuring historically-minded designs, 383 Niagara Street is a strikingly modern home representing a rare Manitoba instance of Art Deco residential architecture. The home was built for the Winnipeg founder of the Diamond Taxi company in 1938, a gentleman who was later connected with Investors Syndicate of Canada (now known as Investors Group). Among the building's Art Deco details are the large areas of enembellished stucco, its curved entry wall and the use of glass block.