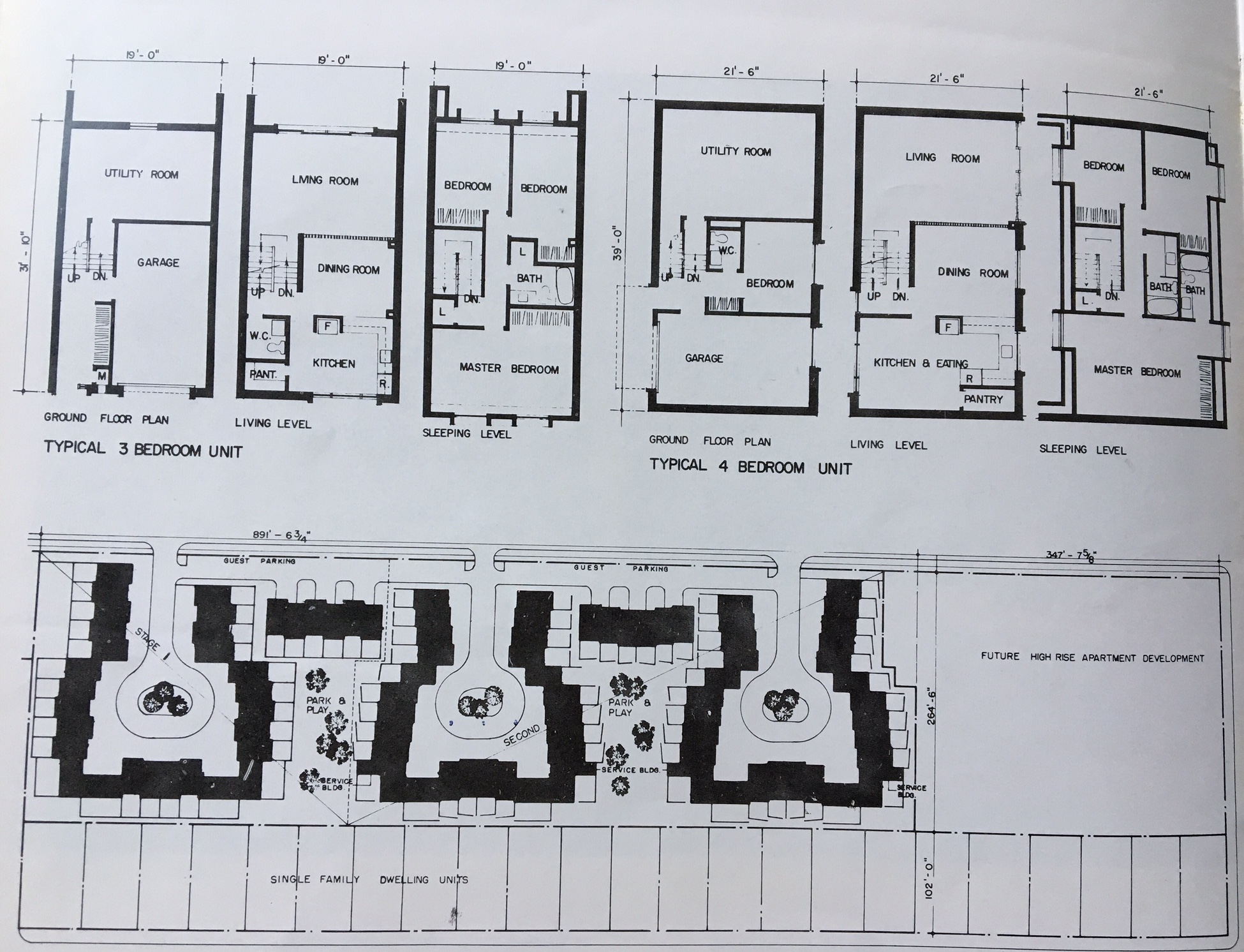 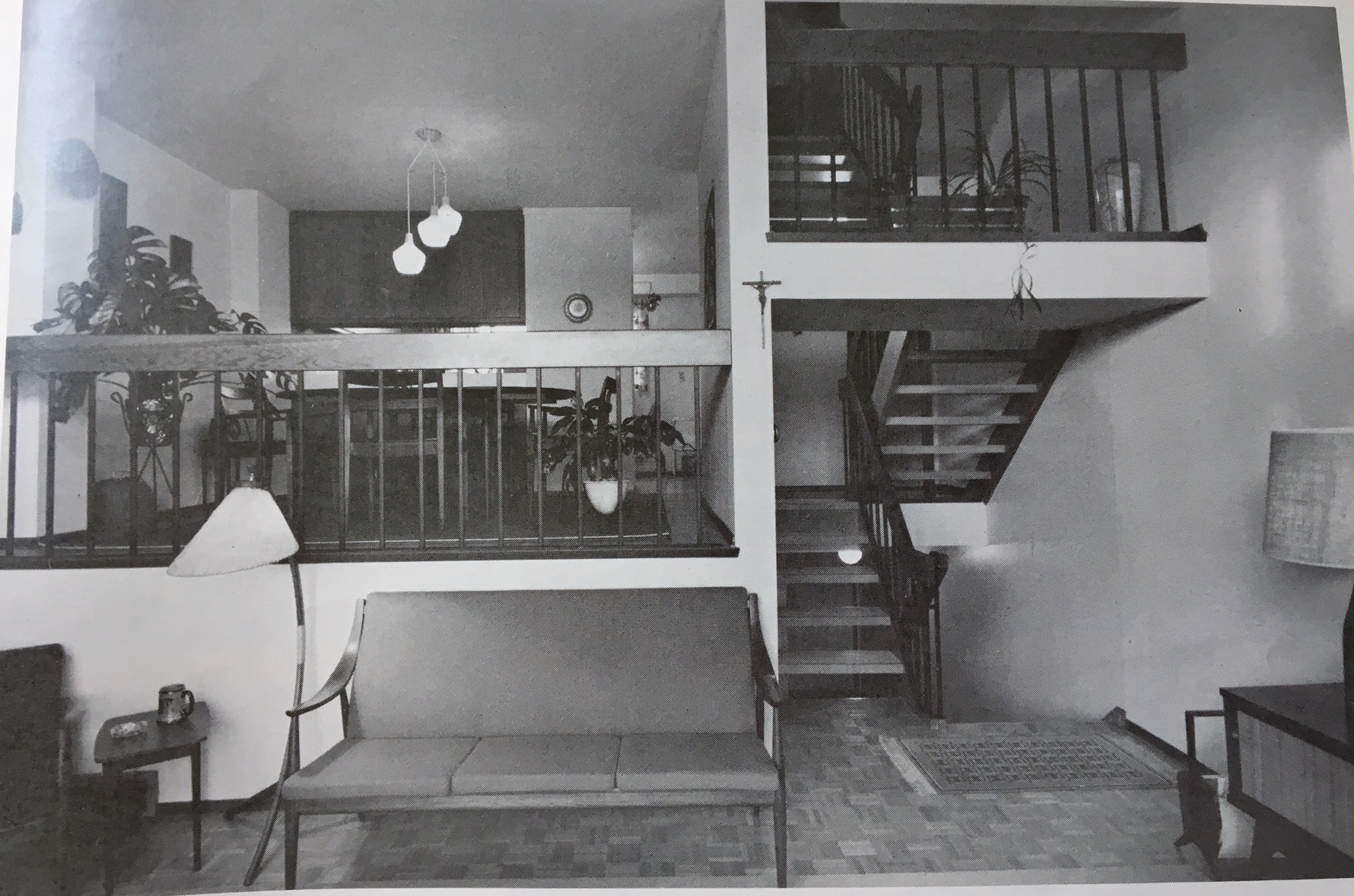 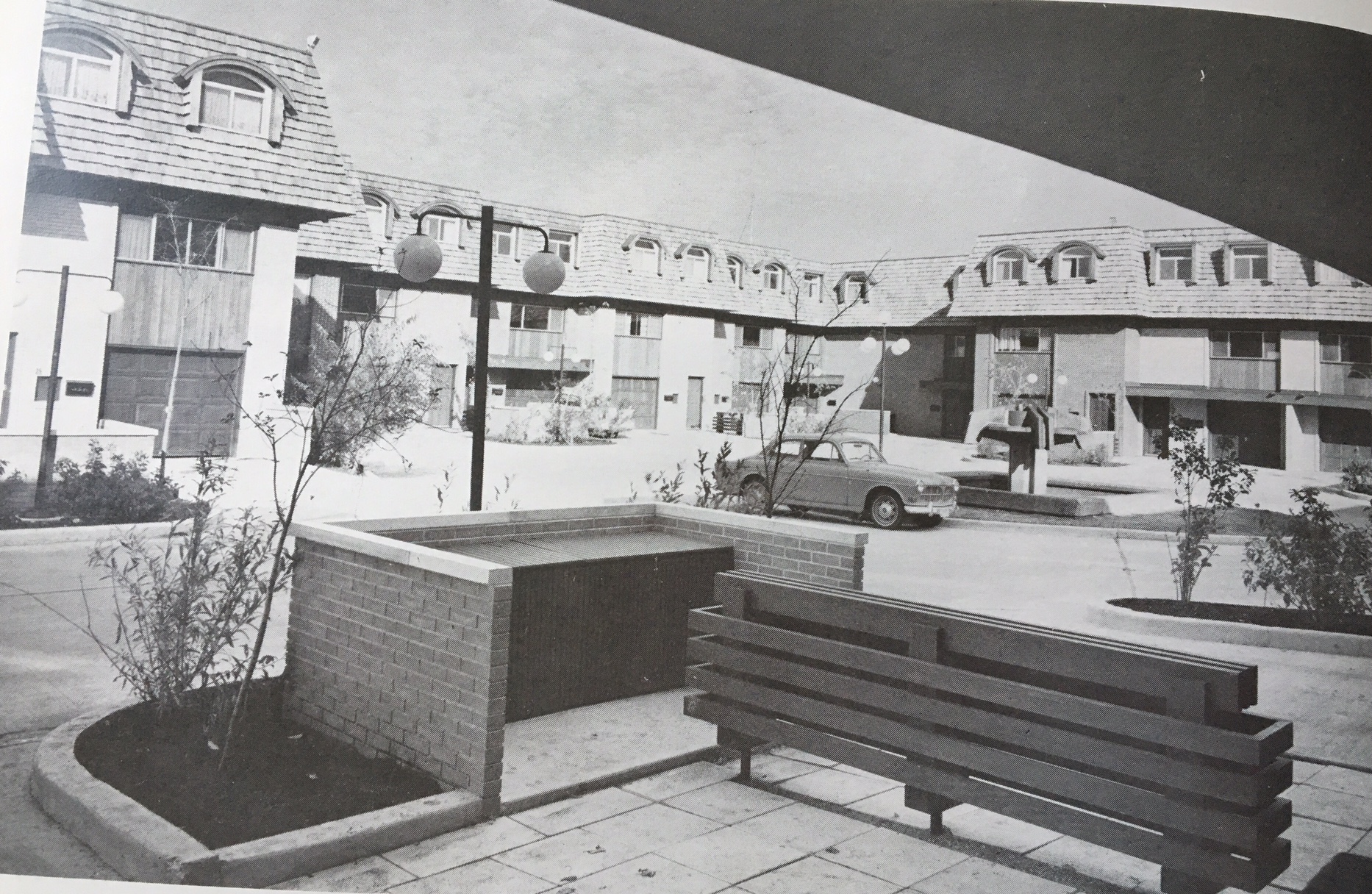 The first stage of development containing 33 townhouses was completed in October 1964. The rental success was such that construction of the second stage was started the following spring and in September, 1966 an additional 59 units were completed.The project was the first consolidated townhouse development to be built in the Winnipeg area.The design concept was therefore predicated on the necessity for maximum acceptance by both the renting public and municipal zoning administration.