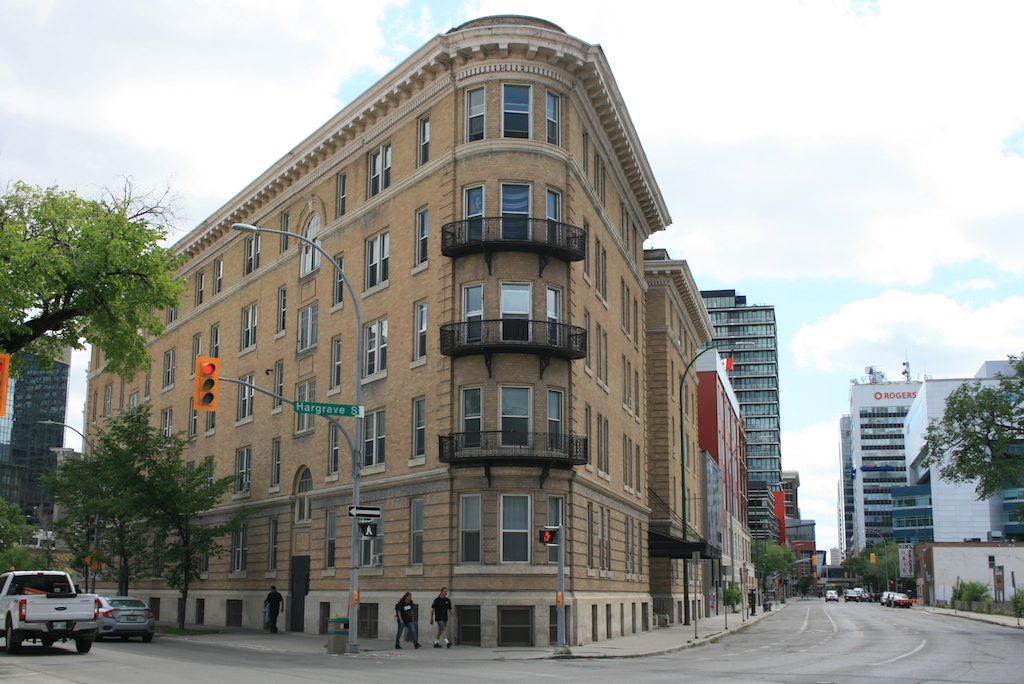 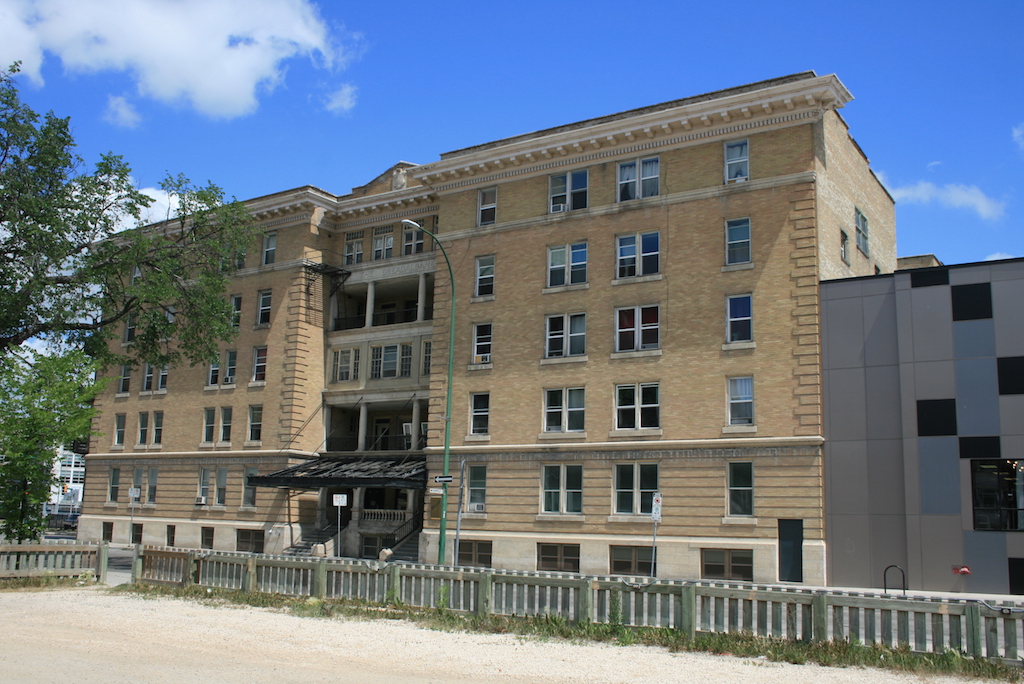 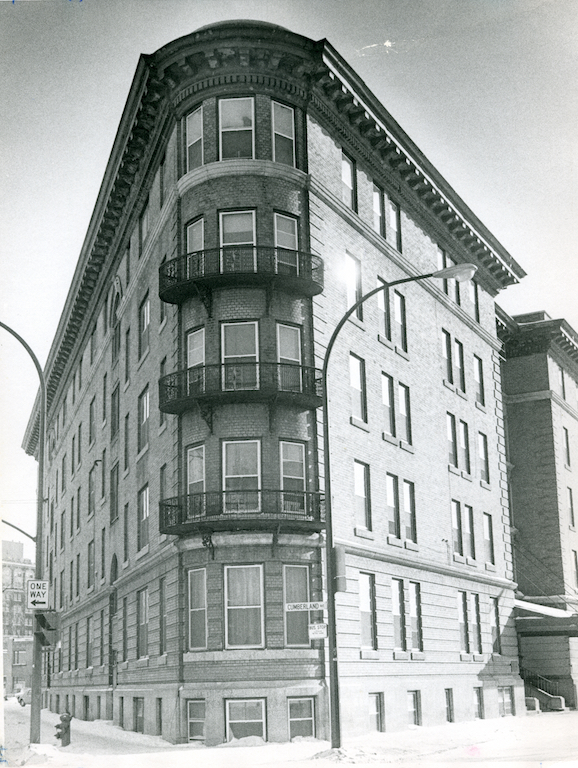 The Ambassador Apartments is a five-storey apartment block constructed of reinforced concrete and buff brick. Originally called the Breadalbane, the building was designed by local architect John Woodman and was a project of J. M. McArthur and James Fisher. Like the Warwick, the Ambassador Apartments was meant to be an upscale apartment block and was designed to provide proper air ventilation and to allow for more natural light to enter the building.

The construction of the Ambassador Apartments began in 1909 but was hindered due to heavy summer rain. In fact, the rain caused a serious accident on the construction site. The foundation walls had been completed and concrete had been poured over a beam-in-board frame-work. It was thought that the temporary supports were insufficient, and four men were sent to install additional support posts. Due to the heavy rains, water had pooled in the open basement and had softened the base, which resulted in the supports sinking. At a critical moment, the wet and heavy concrete collapsed on the men. Two of the four men had to be dug out and rushed to hospital. The apartment had to be rebuilt, and the construction went more smoothly the second time around.

The curved corner that you see has what is referred to as a ‘flatiron’ appearance—a unique triangular shape that resembles a flatiron. The apartment block was designed this way due to the shape of the irregular lot, but also to maximize profit. The most common and well-known example of this kind of building is the Fuller Building, also known as the Flatiron Building, in New York. The Fuller building was constructed in 1902 and is considered the prototype for this style of building. While this design was quite popular in North America during the early twentieth century, few flatiron buildings survive.

Winnipeg had what has been called a “love affair” with apartment blocks in the early twentieth century. In 1911, there were approximately 100 apartment buildings in the city, 10 times more than other Canadian cities, including Montreal and Toronto.