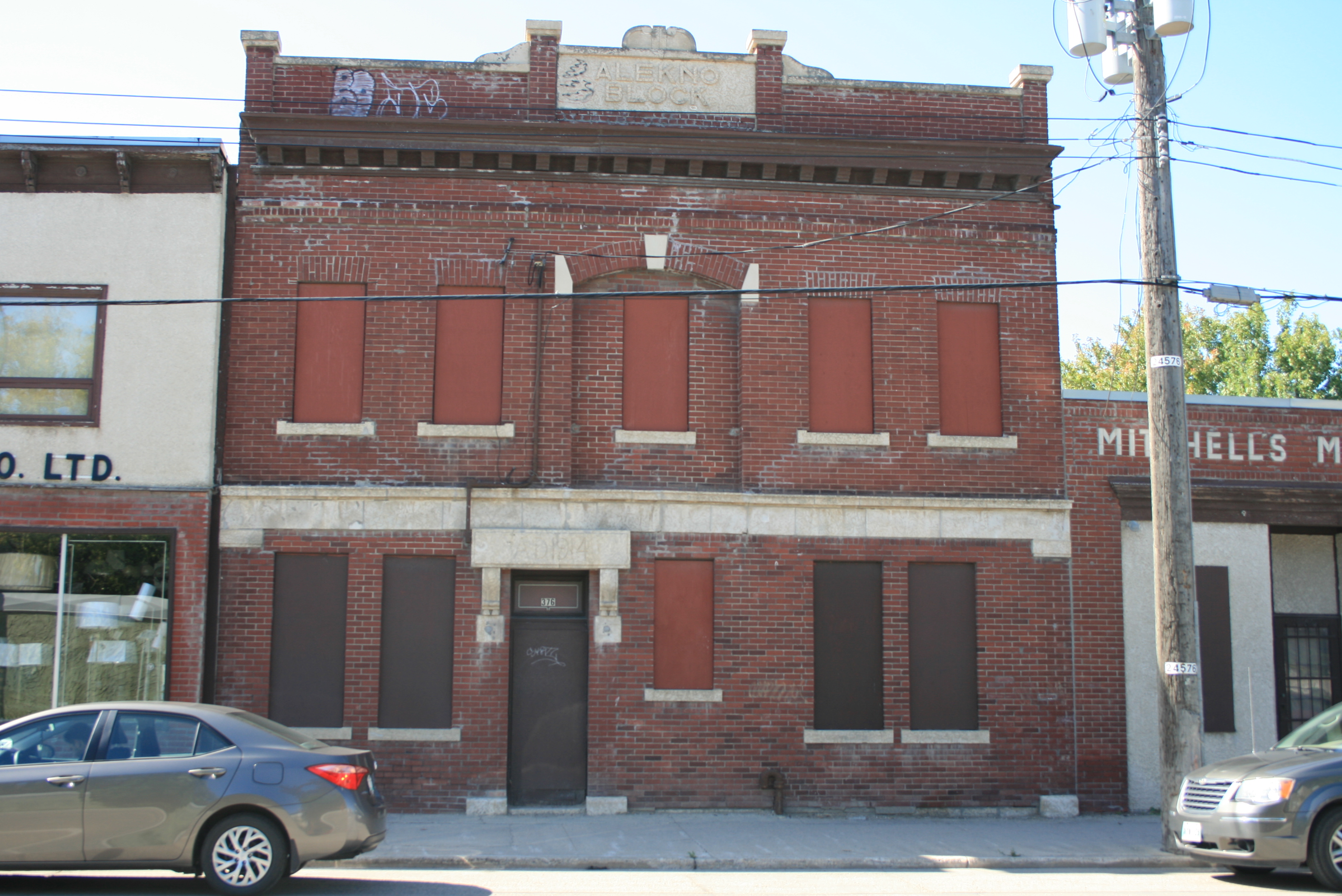 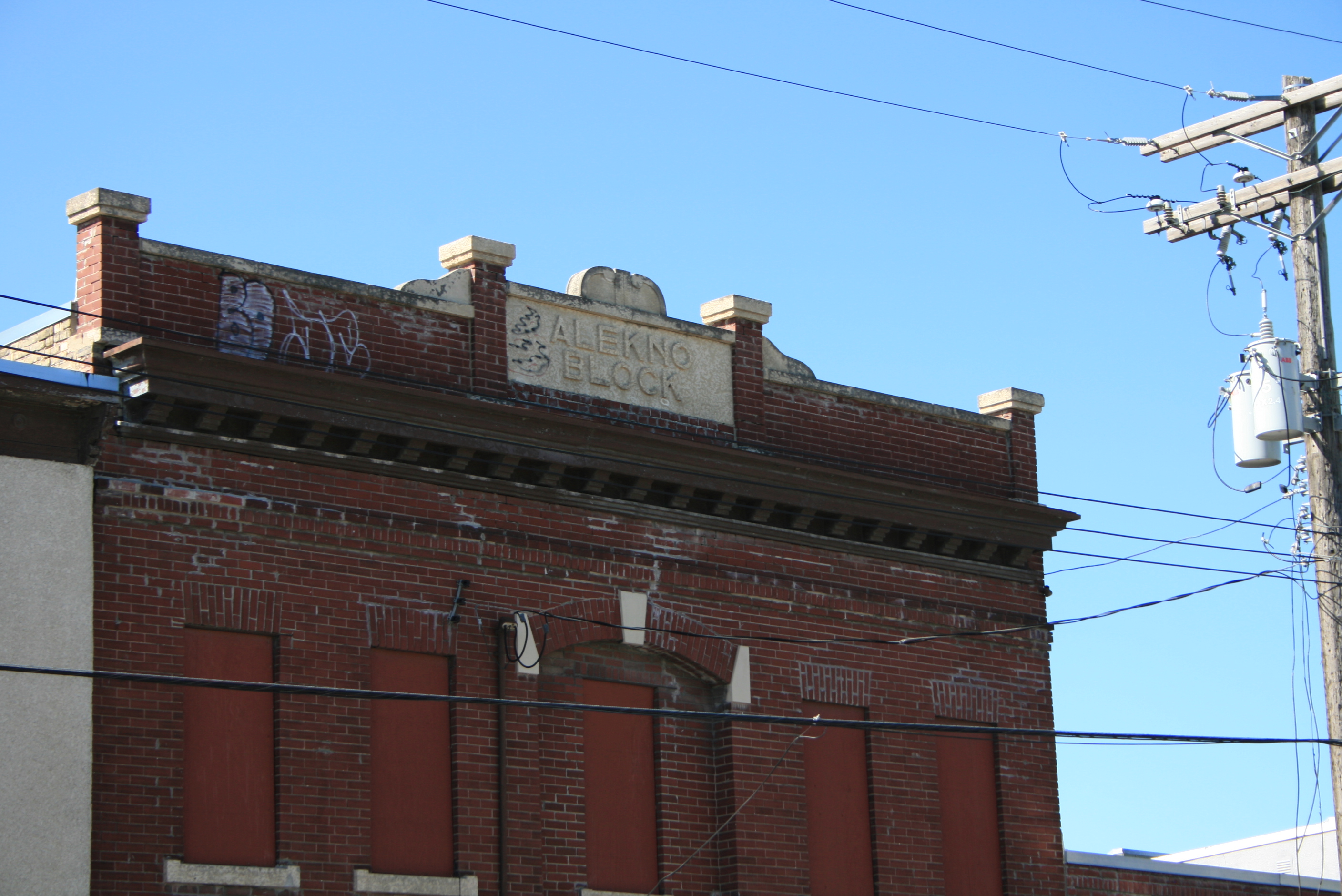 376 Selkirk Avenue was designed by Max Blankstein for P. J. Alekno to serve as a funeral home. Alenko appears to have been a disreputable man, appearing in court on several occasions for improper burial of a body and defamation. The original block was built for $5,000 in 1913. Further work on the block was continued by Blankstein in 1914, with a building cost of $12,000. At some point in the late 1910s or early 1920s, ownership of the block was given to Manitoba Upholstering Co., which in 1926 hired Max Blankstein to design a renovation of the space for $2,000. The building at that time was identified as a tenement.

The building is currently vacant.