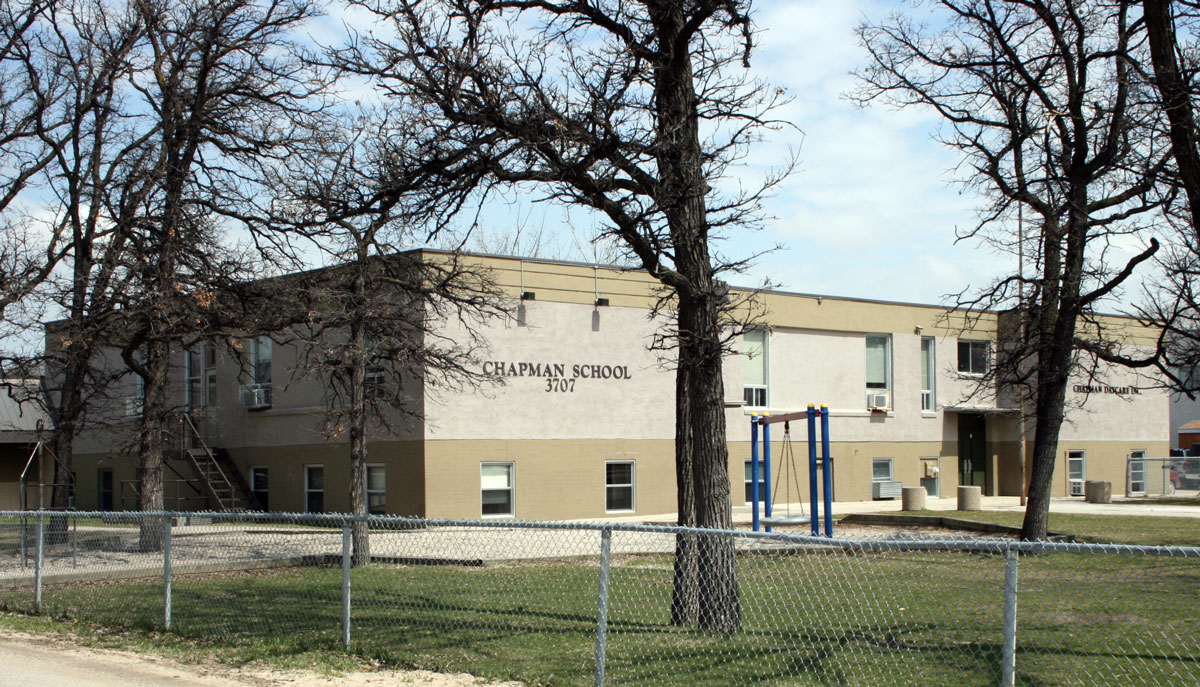 Chapman School was named for George Chapman, a Charleswood pioneer who was first reeve of Charleswood from 1912-14, and served as reeve again from 1917-28. He was also first chairman of the Charleswood School Division. This is the third school on this site, replacing the second school that burned to the ground in 1942.

The present school began as a small six-room structure that forms the front section of the expanded Chapman elementary school. Its design is spare, reflecting wartime conditions when construction materials and labour were scarce.

Separate girls and boys play rooms, a future manual training space and a modest assembly hall filled the raised basement while the upper floor contained six classrooms. In the 1950s, the basement space was made over as offices and a boardroom for the local school division. The 1974 addition pushed out slightly in width, as well as to the rear from the 1942 portion but maintained the same height which makes it invisible from head on. Although larger and made from modern materials, the addition is entirely sympathetic to the original, which also received a facelift to tie in better: walls on both now combine two shades of sage green in a combination of precast panels and stucco, forming deep bands to blend the levels, and window treatment in the 1974 section takes its cue from the unadorned rectangles of the old school. A portion of the old section now supports the Chapman Daycare. There is a small yard in the front and a larger yard behind.