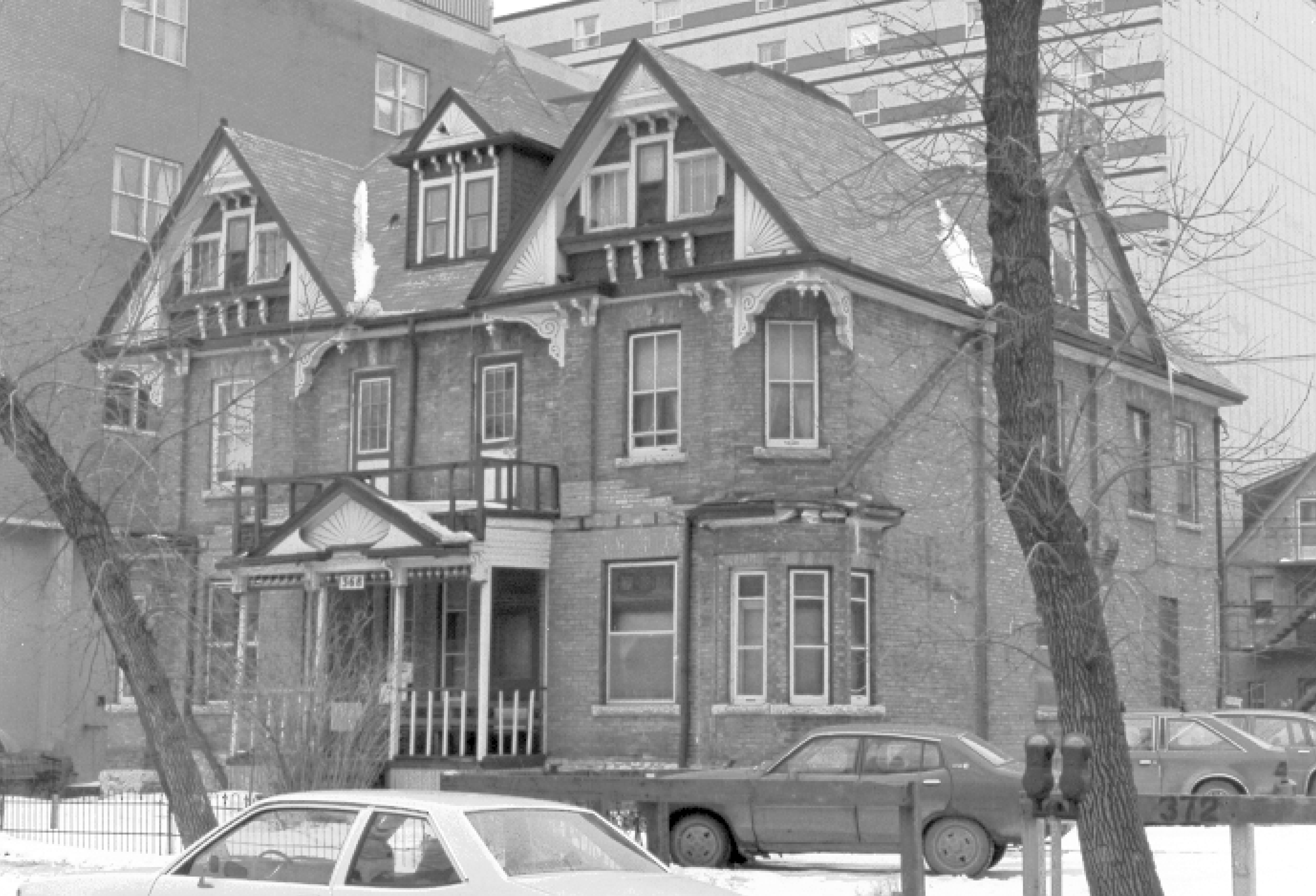 The residential buildings that surround Central Park are good examples of the residential development that occurred in the neighbourhood during the twentieth century. Originally, Central Park was a prestigious neighbourhood, lined with big turn-of-the-century houses such as this duplex, known as the Hoover and Town House. Over the years, many of the homes lining Central Park were torn down or heavily altered. Luckily, the exterior of this duplex remains relatively true to how it appeared when it was constructed in 1901. Major alterations have been made to the interior.

Business partners Martin Hoover and Alfred Town chose a relatively unknown architect, Johann Schwab, from Germany, to design their duplex. Constructed in 1901 for $8,000, the building is designed in the Queen Anne Style. It rests on an 18-inch stone foundation anchored on stone footings. Defining qualities of the Queen Anne Style include the steeply pitched roof of irregular shape, the elaborate porch, and the variety of textures and masses. Of particular note is the wooden “gingerbread” decoration and the “fish-scale” shingles in the gables.