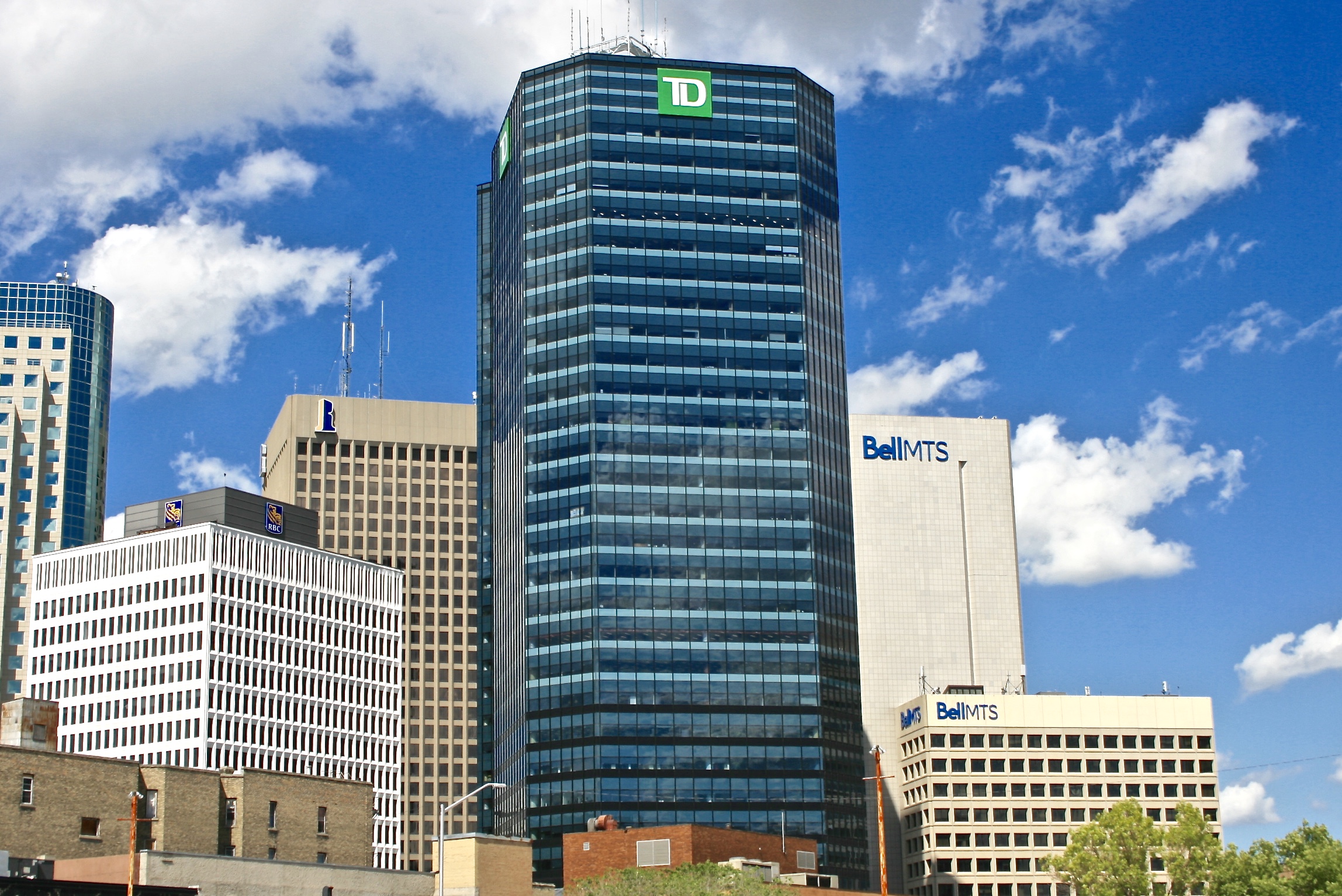 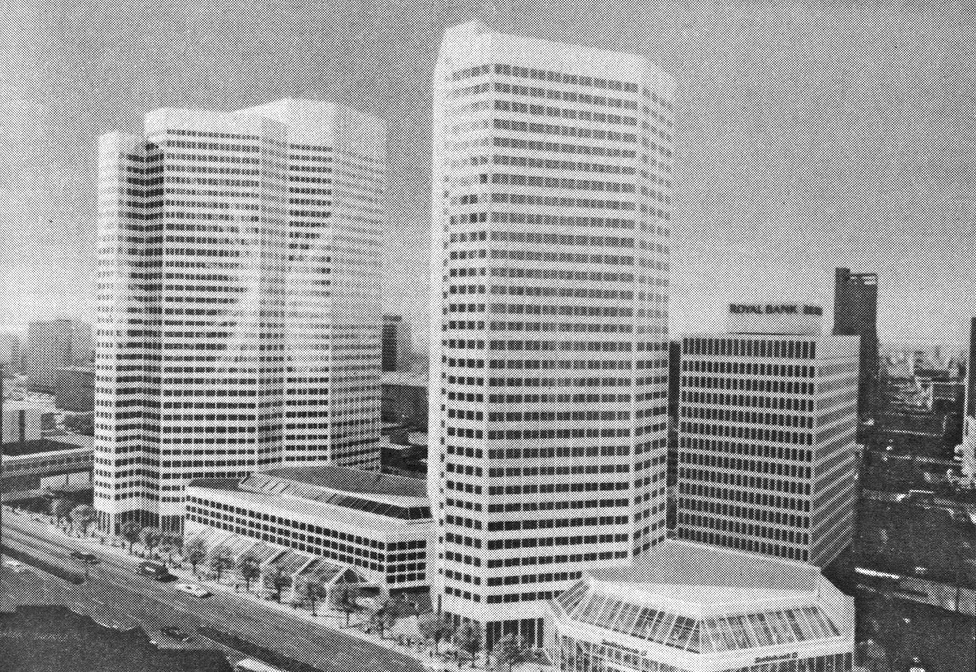 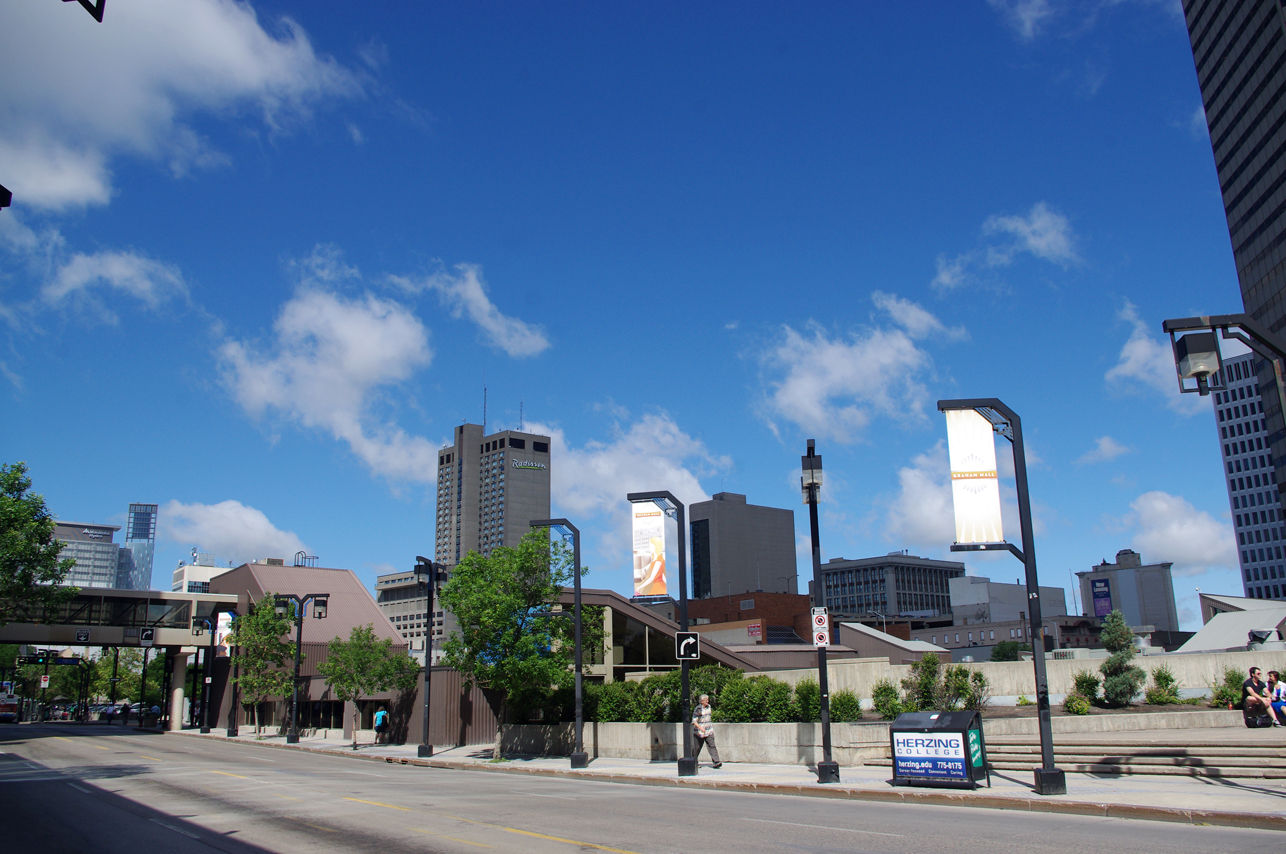 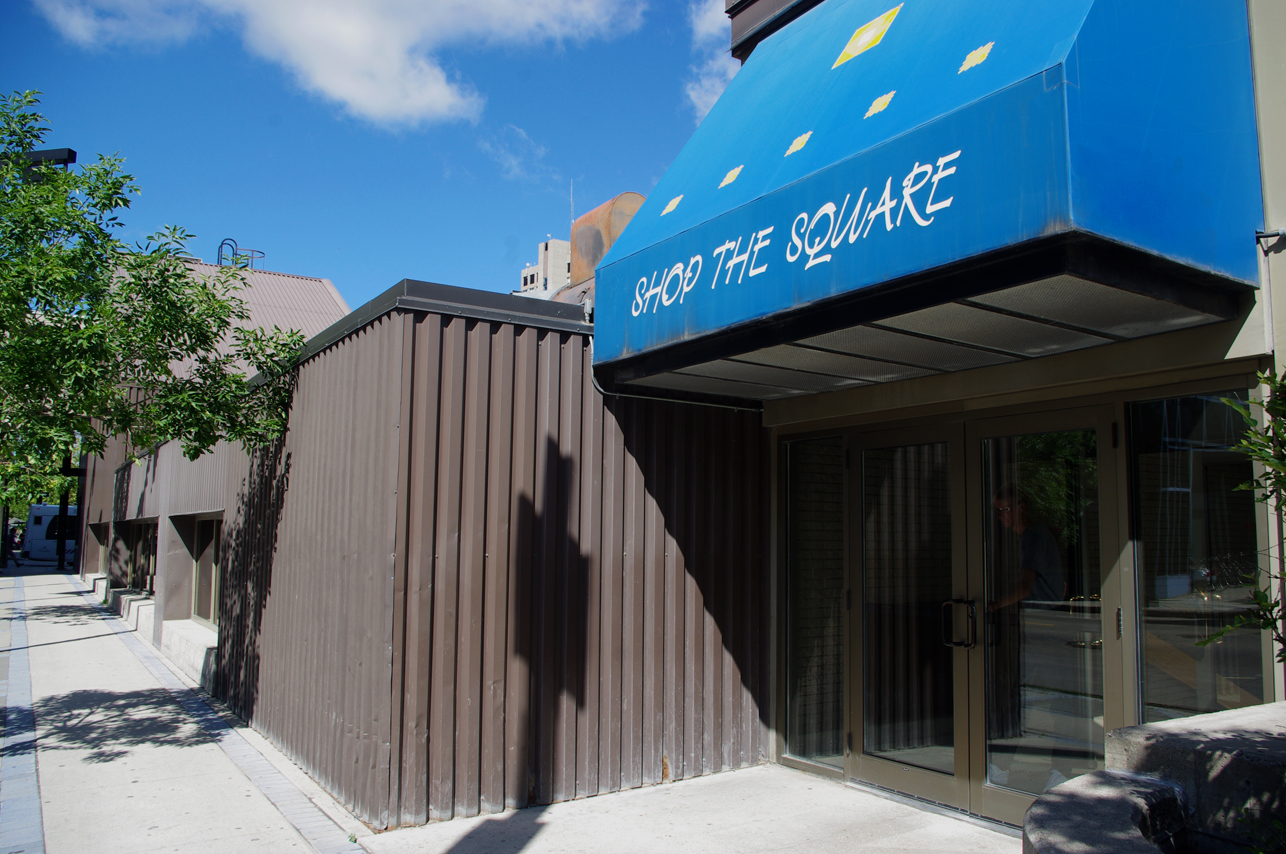 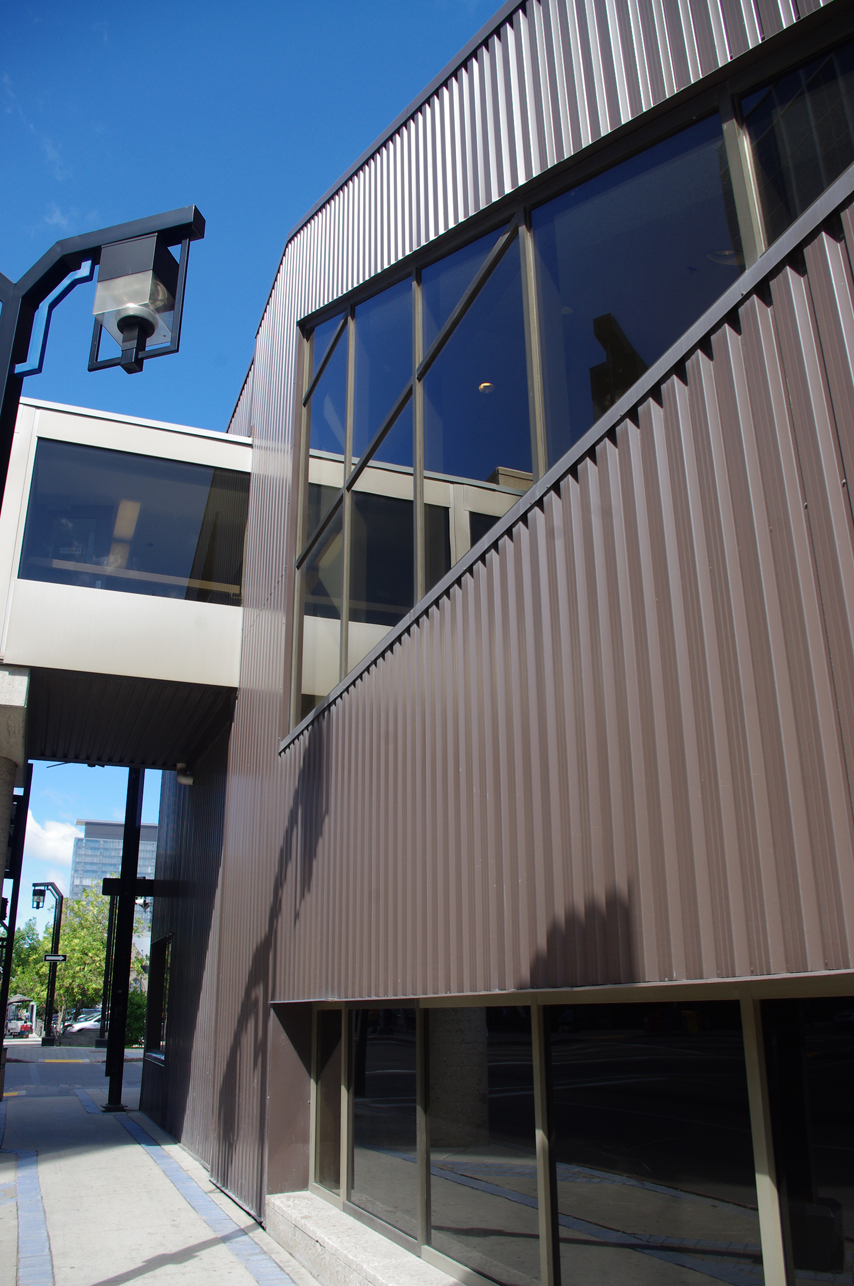 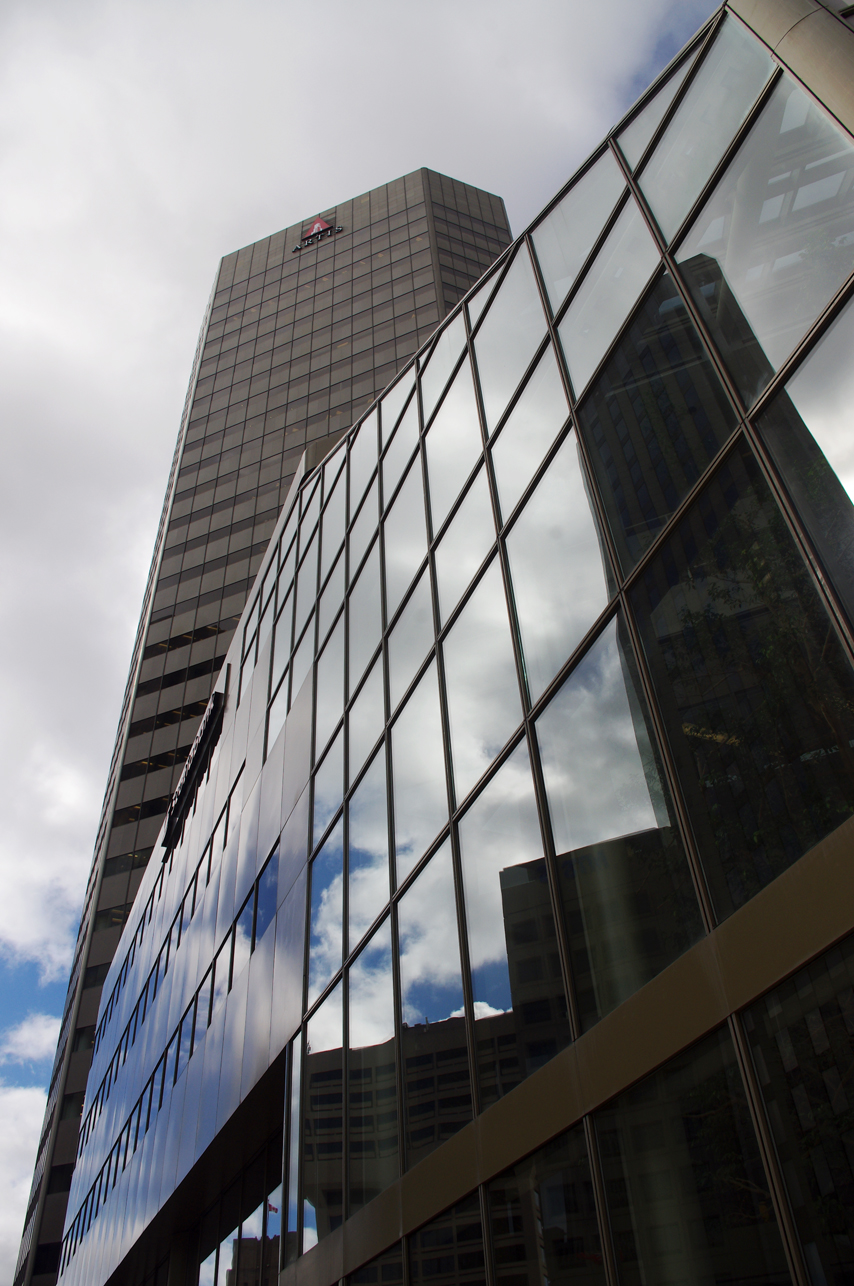 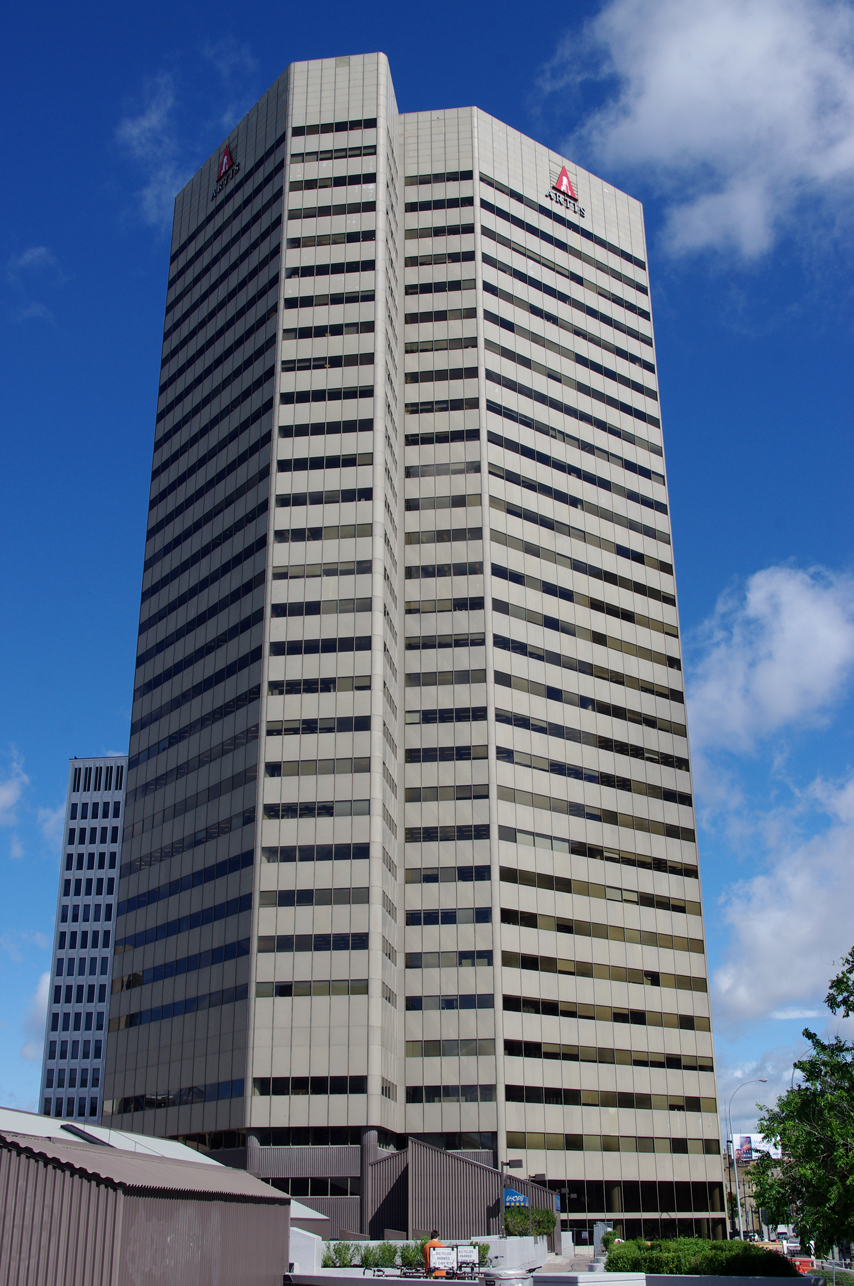 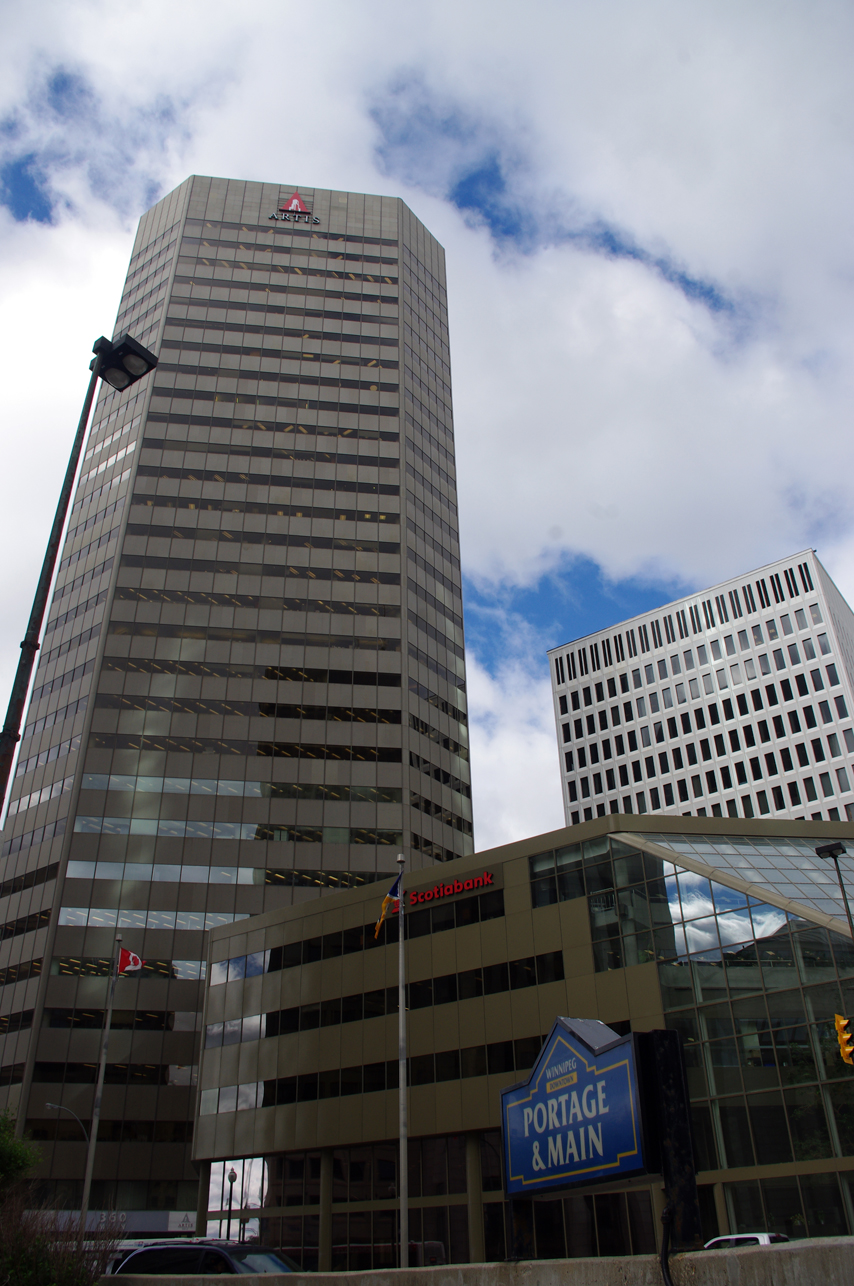 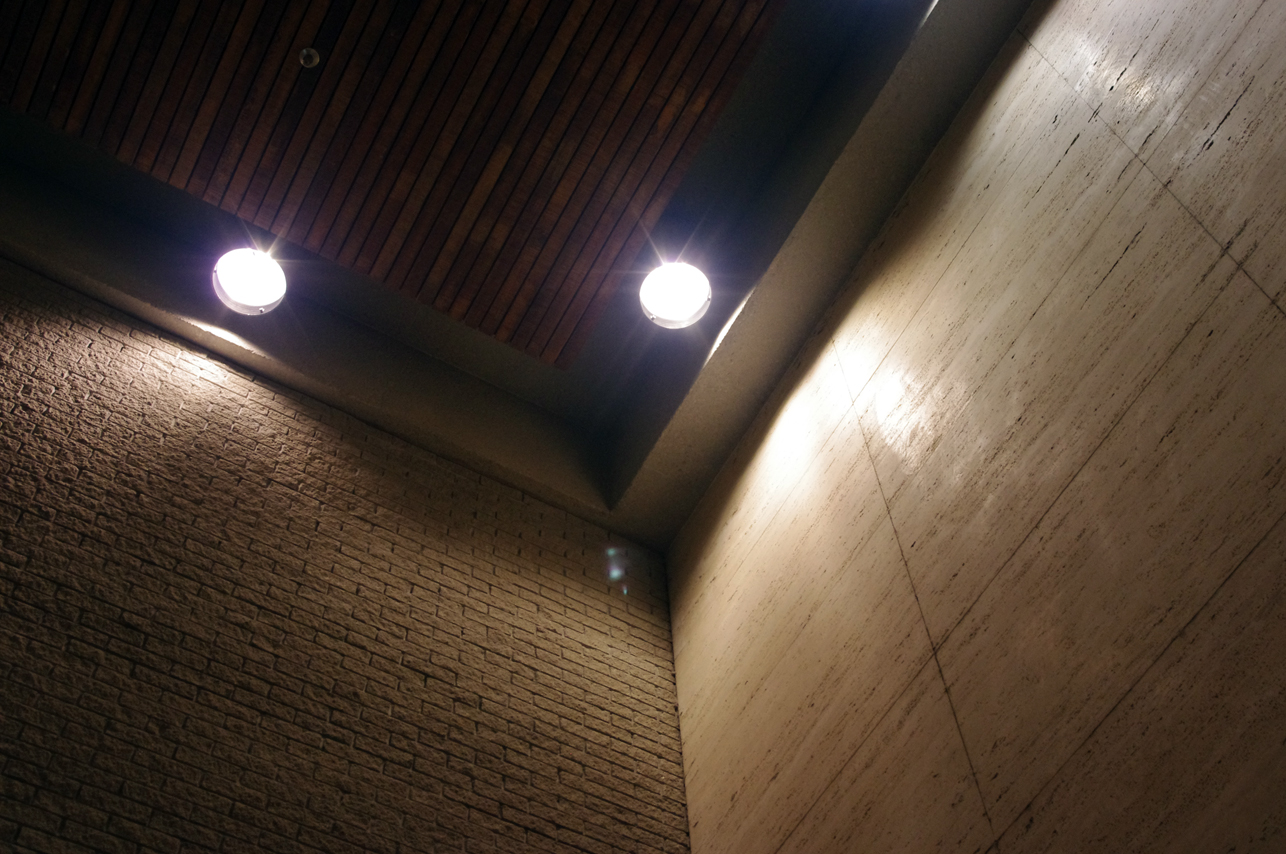 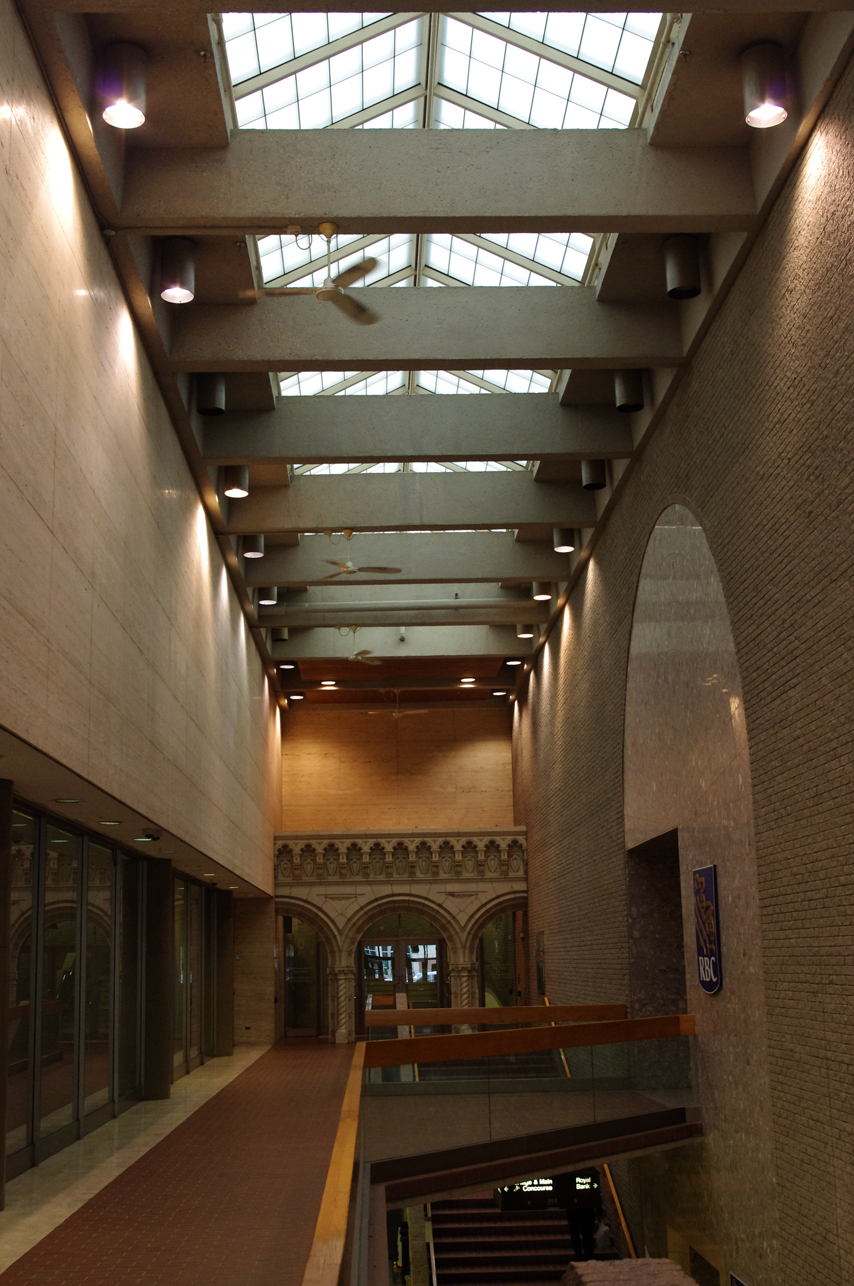 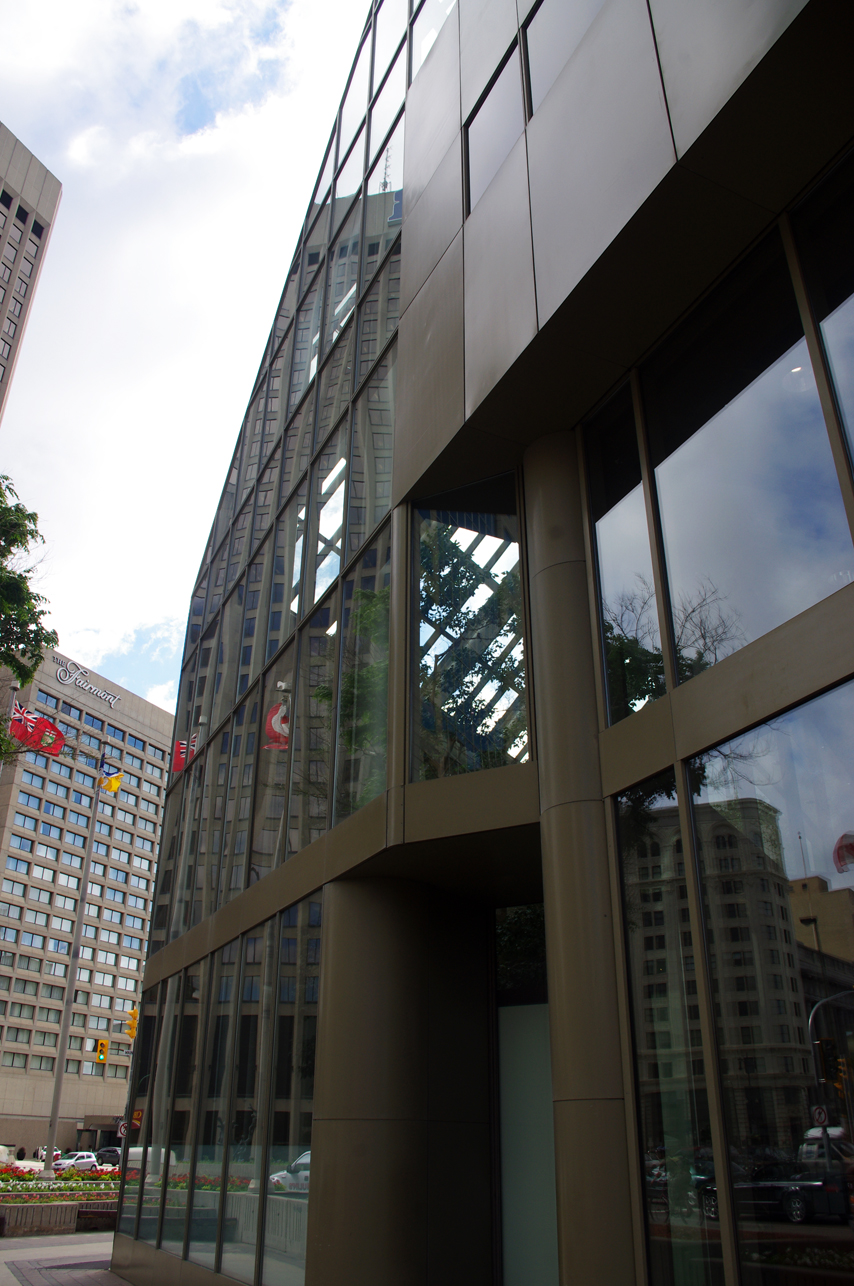 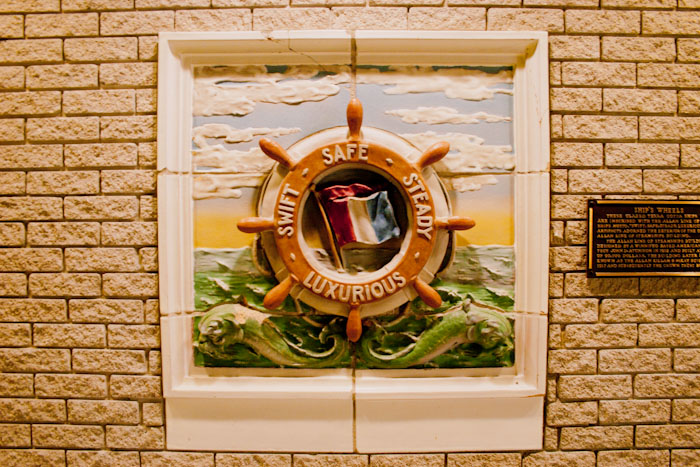 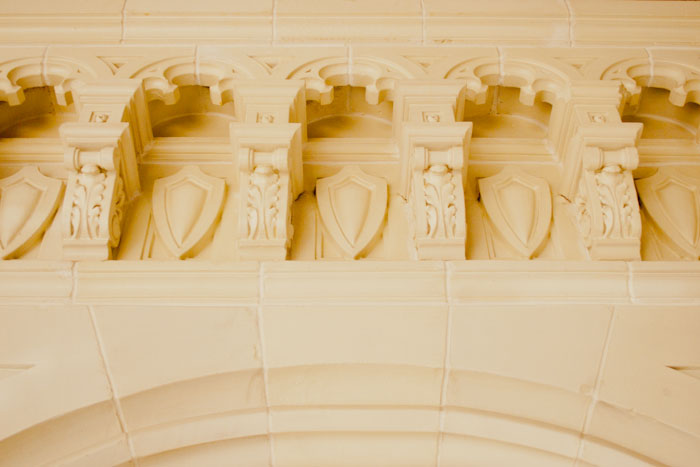 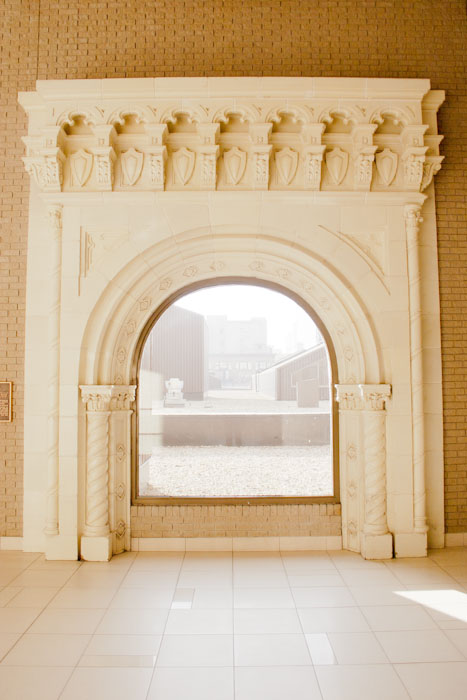 360 Main Street, initially known as the Trizec Building or the Commodity Exchange Tower, is a 32-storey office tower. The exterior of the building is clad with metal panels and small rectangular rows of windows that are tinted in a slightly yellow hue. Differing from earlier modernist construction, 360 Main Street is a good example of the evolution of office towers, from the rigid rectangular form of the 1950-60s, to later postmodern styles. Situated on an angle, the building faces Portage and Main equally from both sides. The project was initially proposed to include offices, retail, and a hotel. The hotel was never built due to a lack of market demand.

Below the tower lies Winnipeg Square, a shopping concourse with a range of retail shops and services. This section of the recessed mall occupies the underground area between Main and Fort Street, beginning at Graham Avenue and ending at Portage Avenue.

360 Main Street and Winnipeg Square comprise the Trizec Corporation’s 1970s redevelopment of the south west corner of Portage and Main. The property involved was expropriated by the City of Winnipeg in the early 1970s and the entire block of buildings was demolished by 1974. The new development called for the construction of a three storey public parking garage, complete with an underground mall (financed by the City of Winnipeg) and an office tower. Together the project created 473,000 square feet of retail and office space with a budget of approximately $100 million. Construction of the office tower began in April 1978, long after the completion of the parking garage. The original plan presented by Trizec involved the construction of a second tower at the south end of the Main Street (Winnipeg Square) part of the site, which was never constructed.

The construction of the tower meant demolition for five buildings that previously existed on the city block. These buildings were demolished in 1974, four years before construction began. One of these buildings was a three storey building known as the Rowand Block. Designed by Charles Osborn Wickenden for Edward Rowand, the design included detailed stone work and carvings. With the demolition of the block came a commemorative plaque just across the street. After construction was completed for 360 Main Street the salvaged stone from the Rowand Block was installed in the main floor of the office tower. This included an archway as well as one of many carvings of a ships wheel with the words "Swift, Safe, Steady, Luxurious".