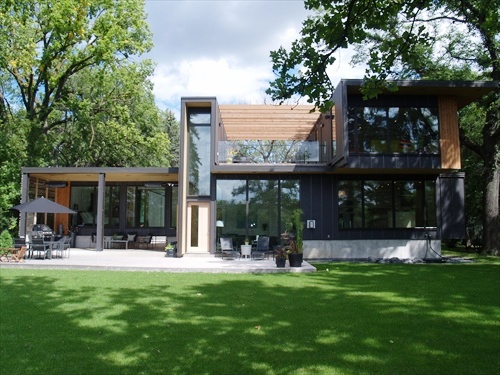 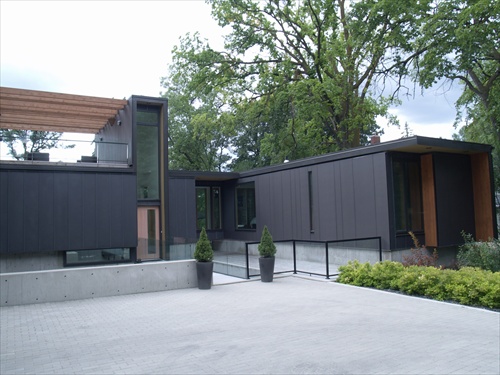 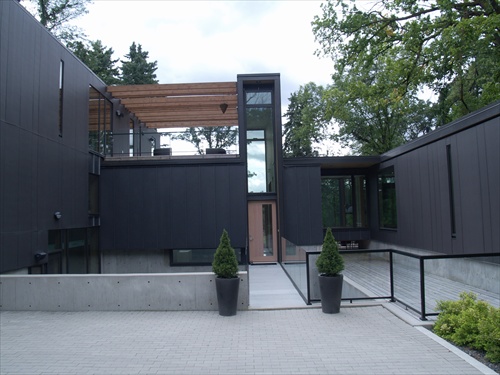 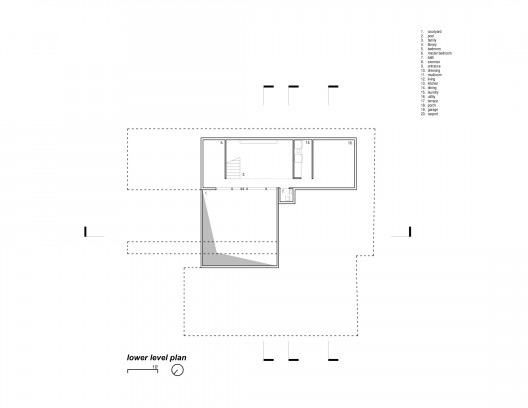 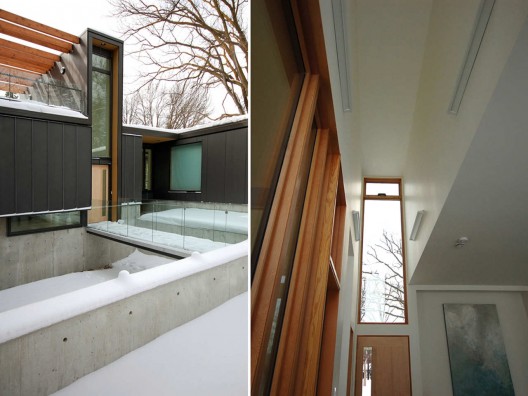 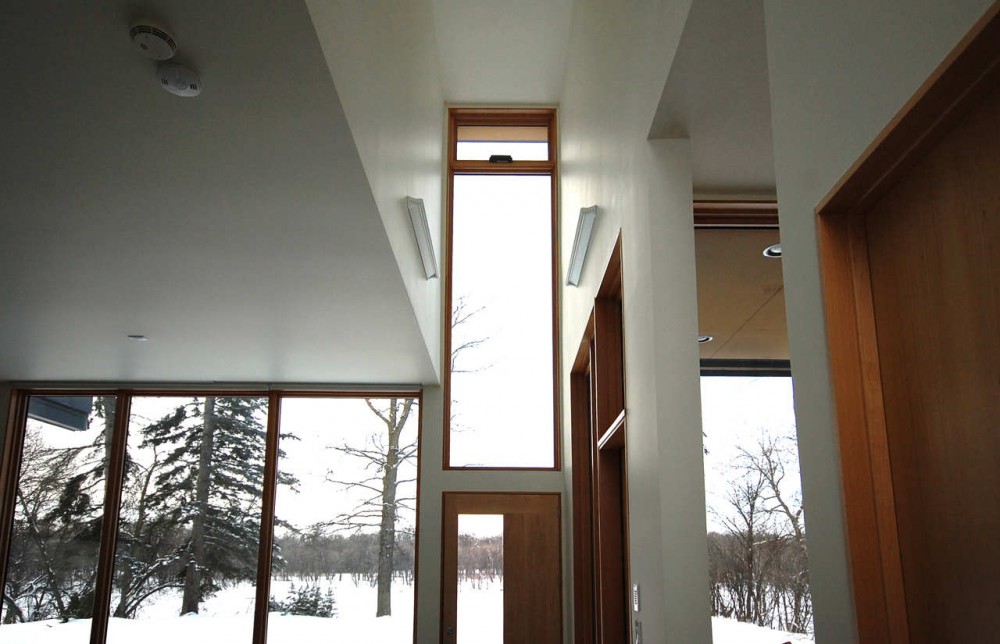 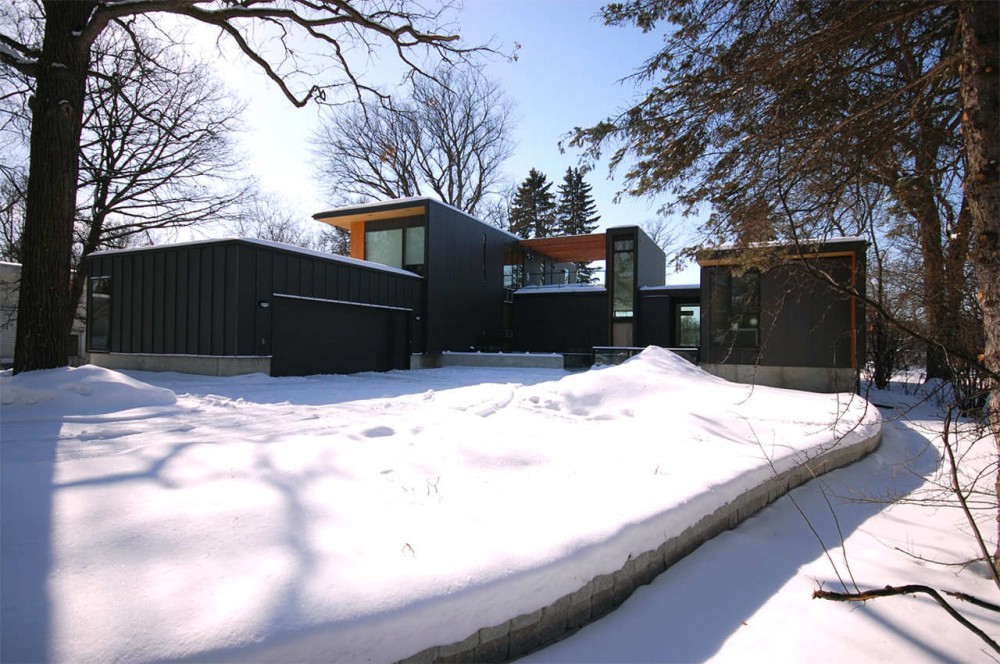 The Victoria Crescent site encompasses two former river lots in one 100 ft x 400 ft heavily treed parcel on the Red River. The original residence on the site was built circa 1920, but its form had been long lost under layers of modifications, additions and tacked on porches and decks. The essence of the old house, not its actual presence, becomes the centre of the new residence, as the original foundation is preserved as a sunken courtyard. It turns the former spatial arrangement inside out: house to courtyard, yard to house, solid to void, void to solid. This shift allows the ghost of the old house to remain. The courtyard expands the visual space beyond the distinct rooms and creates a nexus around which circulation spirals in three dimensions.

A bridge links the carport to the main entry across the sunken courtyard – taking one over and through the void into the house. A hidden panoramic view of the river beyond is revealed upon entering the vaulted hall, further connecting the landscape to the interior.