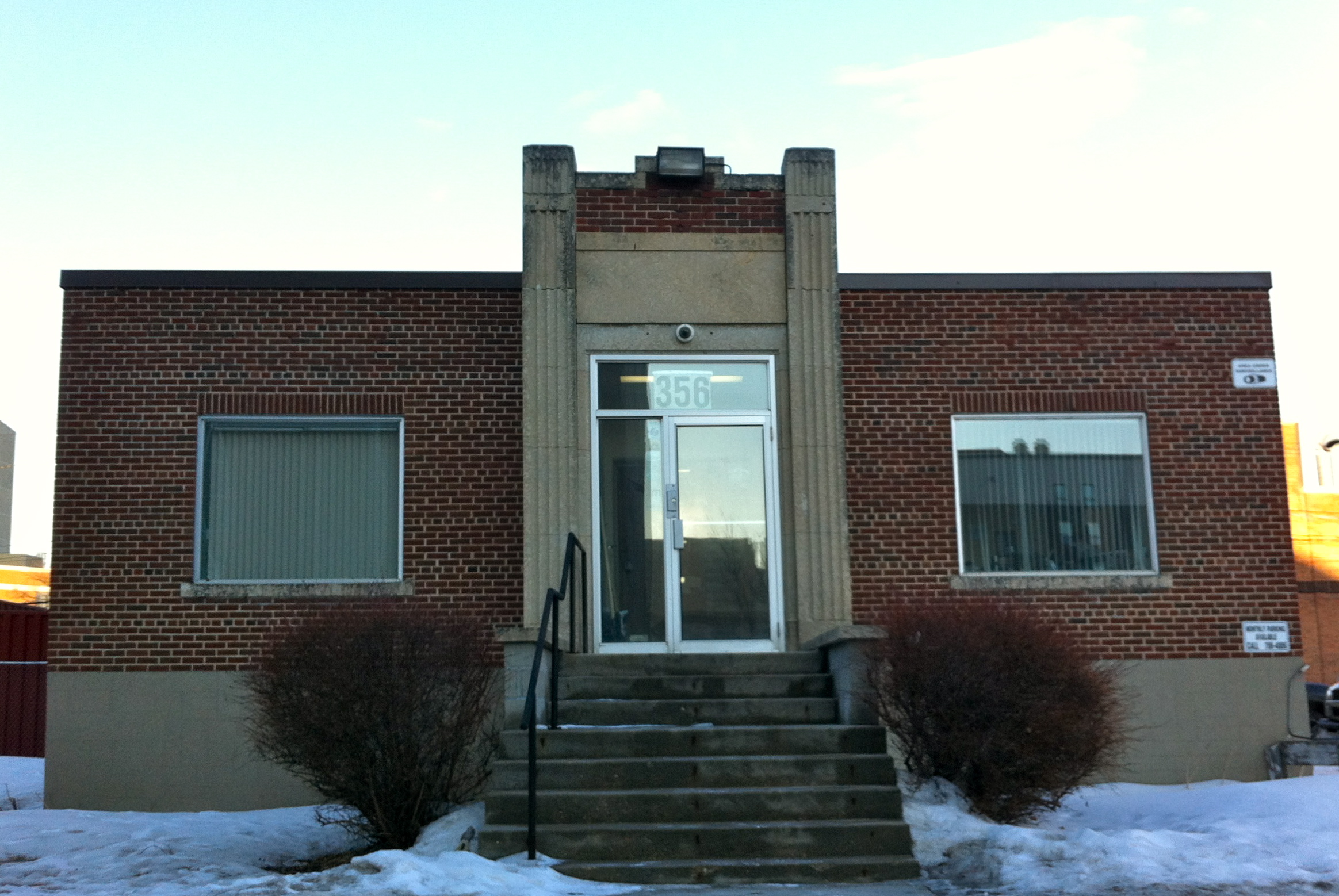 356 Furby Street was built as the Shinn Conservatory of Music in 1947 by the McDonald Construction Company. This Winnipeg school was first opened in 1912 by William Henry Shinn; it operated until 1967 under the direction of William's son Bonar Franklyn Shinn. The building originally contained a recital hall seating 350 people, as well as 14 studios, one of which was equipped for two-piano work. Care was taken to provide sound-proof construction throughout. The exterior, which possesses a blend of early modernist design and late Art Deco influences, is clad in red brick with Tyndall limestone detailing, including the modern fluted columns flanking the main, east-facing doorway.