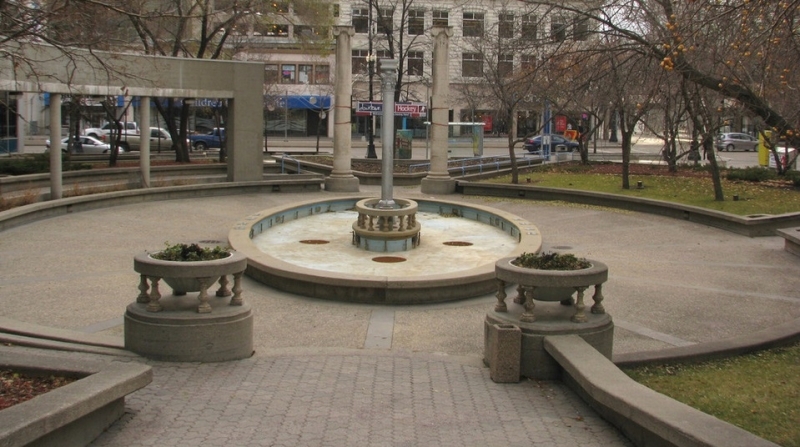 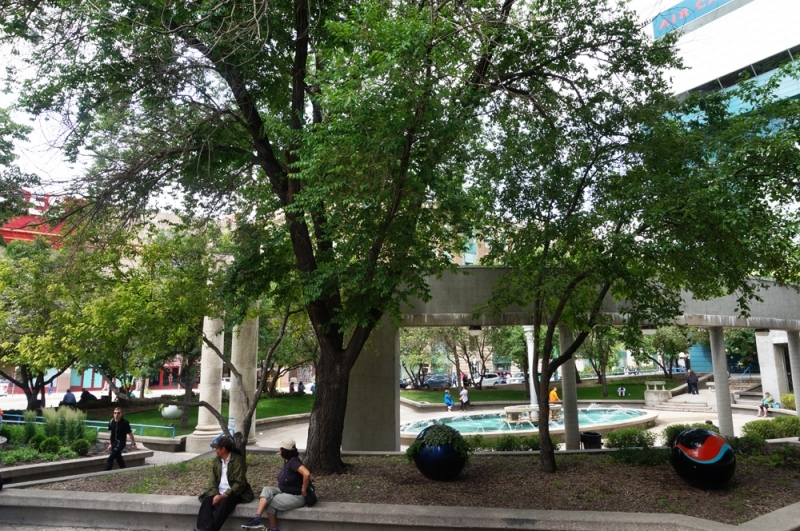 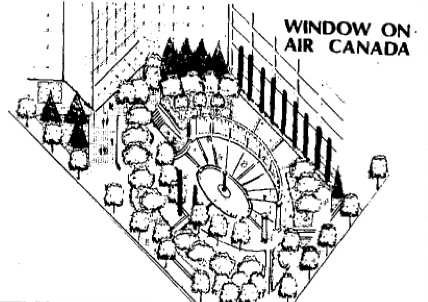 Located in front of the Air Canada building on Portage Avenue, Window Park (originally called Window on Air Canada) was designed by the architecture firm Stechesen Katz, with landscape architects from the firm Lombard North. The park was built at a cost of $495,000. Its centre features a fountain surrounded on one side by a pergola covered in pink tiles (the pink has faded). Pieces from demolished buildings in Winnipeg were placed in the park: the limestone columns near the fountain were originally from the Northern Crown Bank Building and the cast-iron column came from the now-demolished McIntyre Block. The park opened to mixed reviews. Local artist Tony Tascona was quoted as saying: "it looks like some architected wanted to play artist."