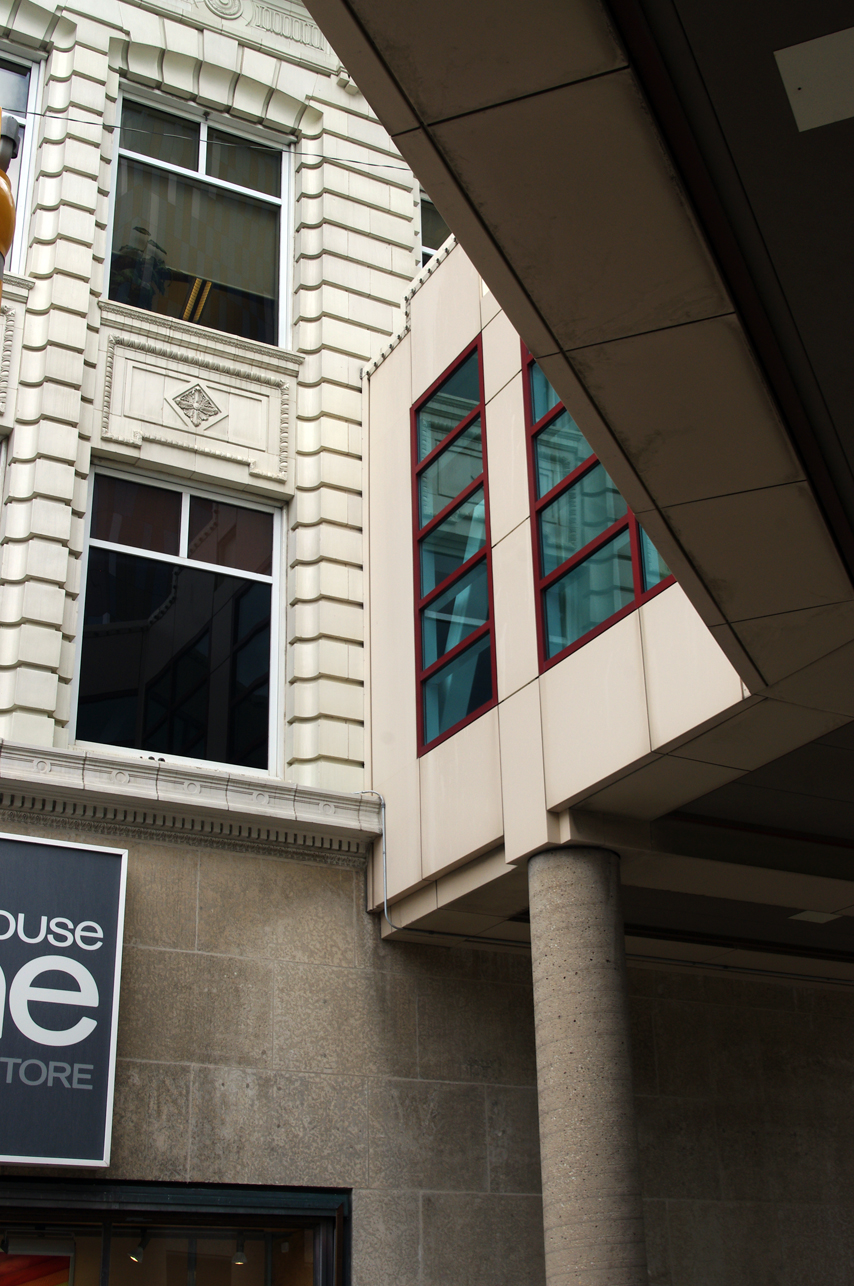 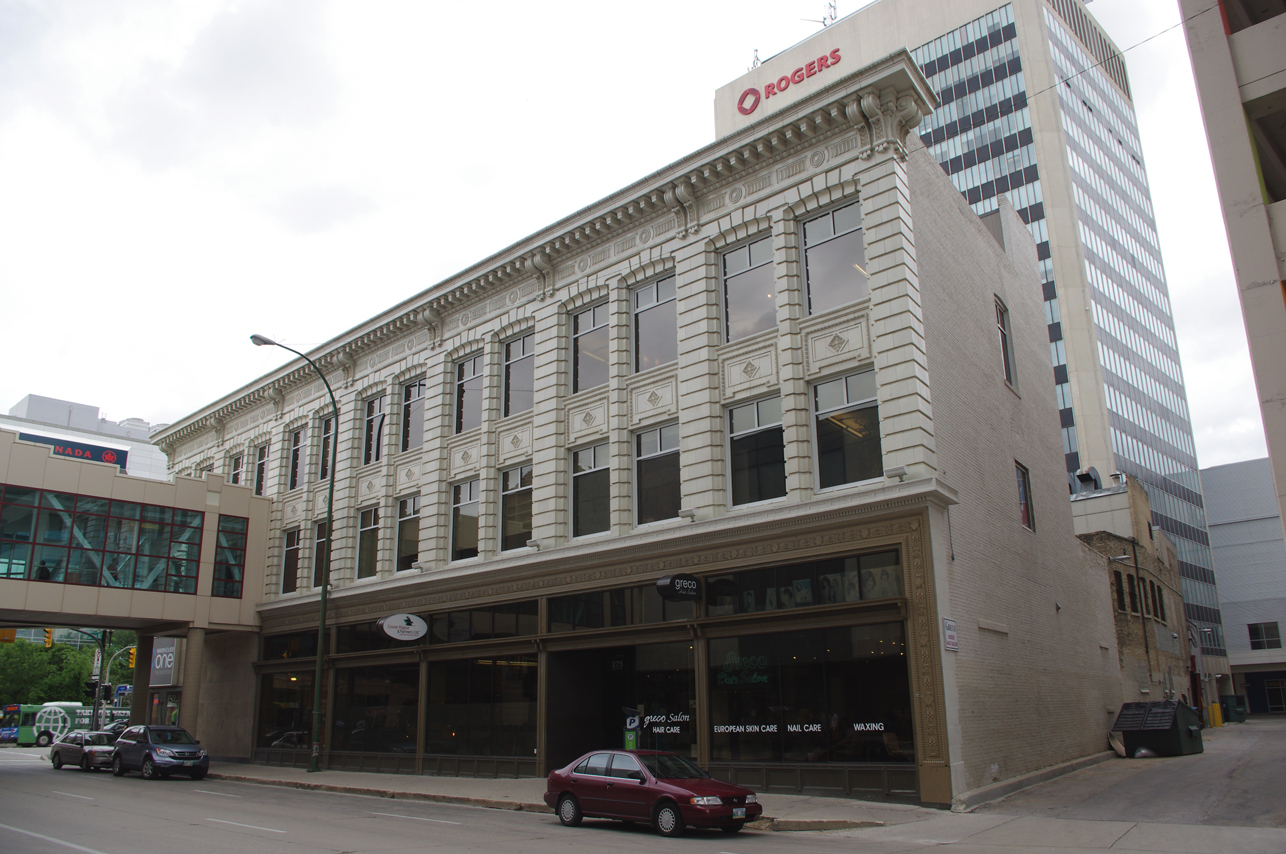 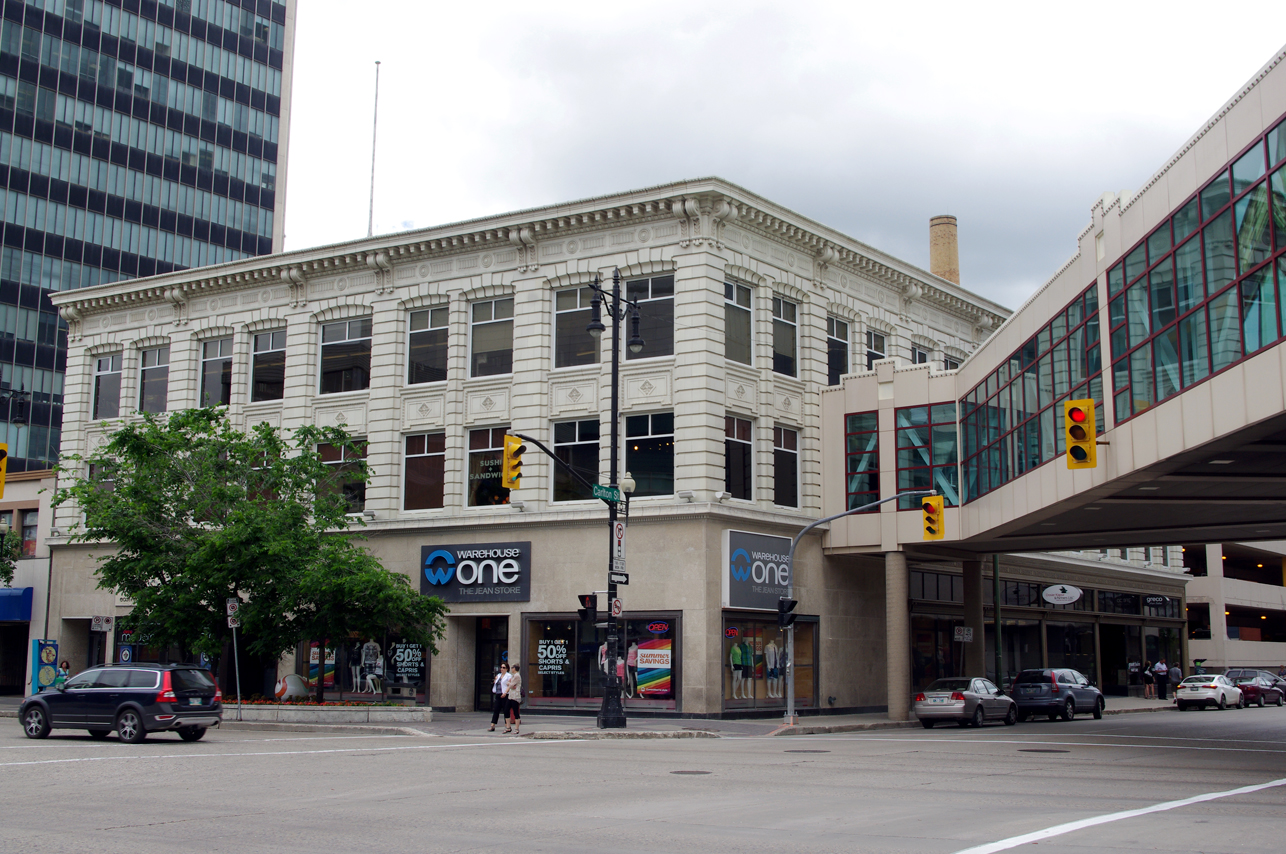 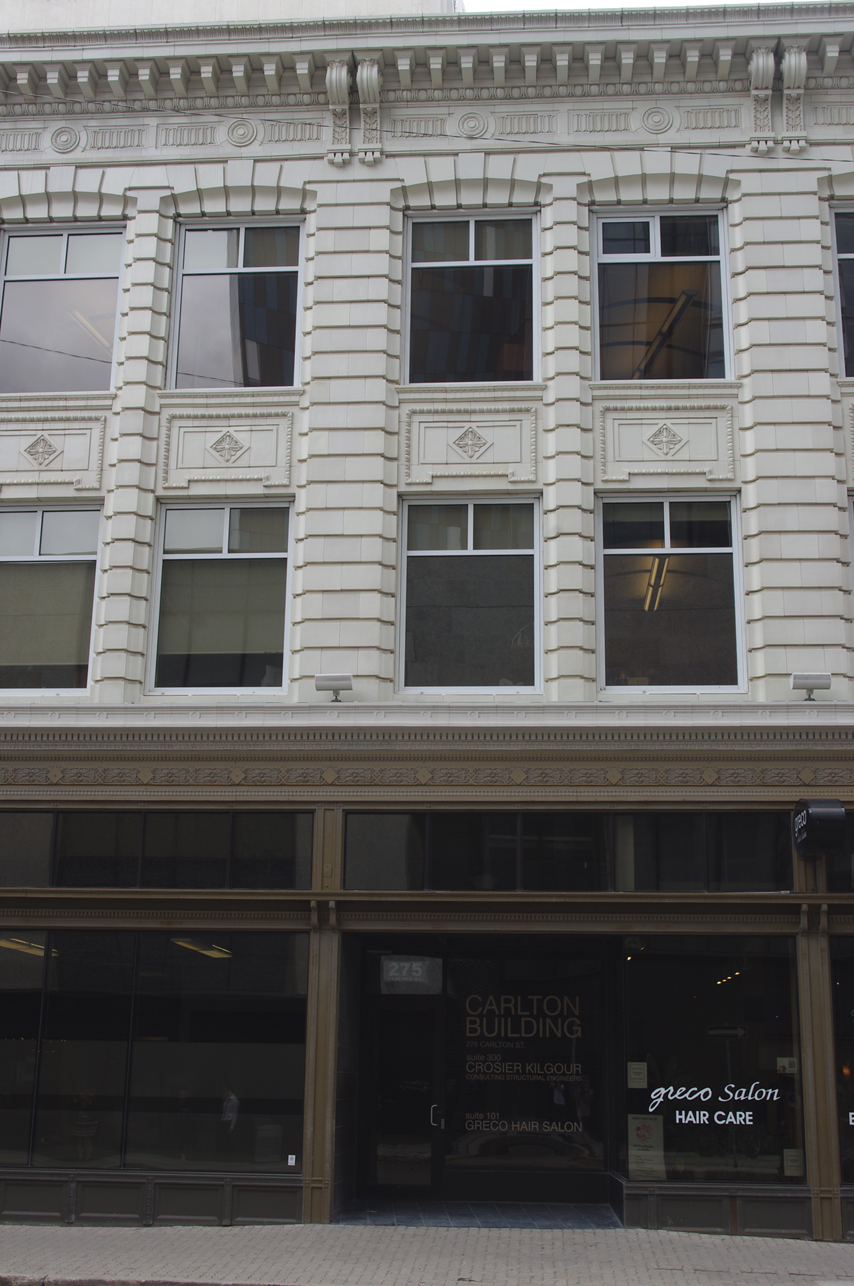 The Carlton Building was designed by prolific Winnipeg architect John D. Atchison. This three-storey retail office building was financed by the Winnipeg real estate and finance firm Oldfield, Kirby and Gardner. It was originally occupied by the federal department of agriculture. The Holt Renfrew store owned the building from the 1920s until 1987.

The Carlton Building is an excellent example of Chicago Style architecture in Winnipeg. Atchison’s design included four store fronts at street level, with large display windows and recessed entrances. The exterior walls were clad in terracotta, with the upper levels treated to resemble large blocks of stone. A prominent feature was the decorative belt course of terracotta that is used to distinguish the main level from the upper levels. The top of the building features a heavy overhanging cornice.

In 1942, Holt Renfrew commissioned Moody and Moore to simplify and modernize the original building for use as a store. Moody and Moore’s design included removing the terracotta facade on the first floor and replacing it with flat Tyndall limestone. The large recessed entrances were removed and filled in to create more floor space and the large display windows were replaced with smaller rectangular ones.

Today the Carlton Building is occupied by a variety of offices and retail businesses, featuring street access entrances. The building also serves as a throughway within the downtown walkway system. The walkway corridor was installed with the opening of Portage Place in 1987. The building was renovated in 2002 with the help of architect David Penner which won the North Portage Development Corporation a 2004 Preservation award.