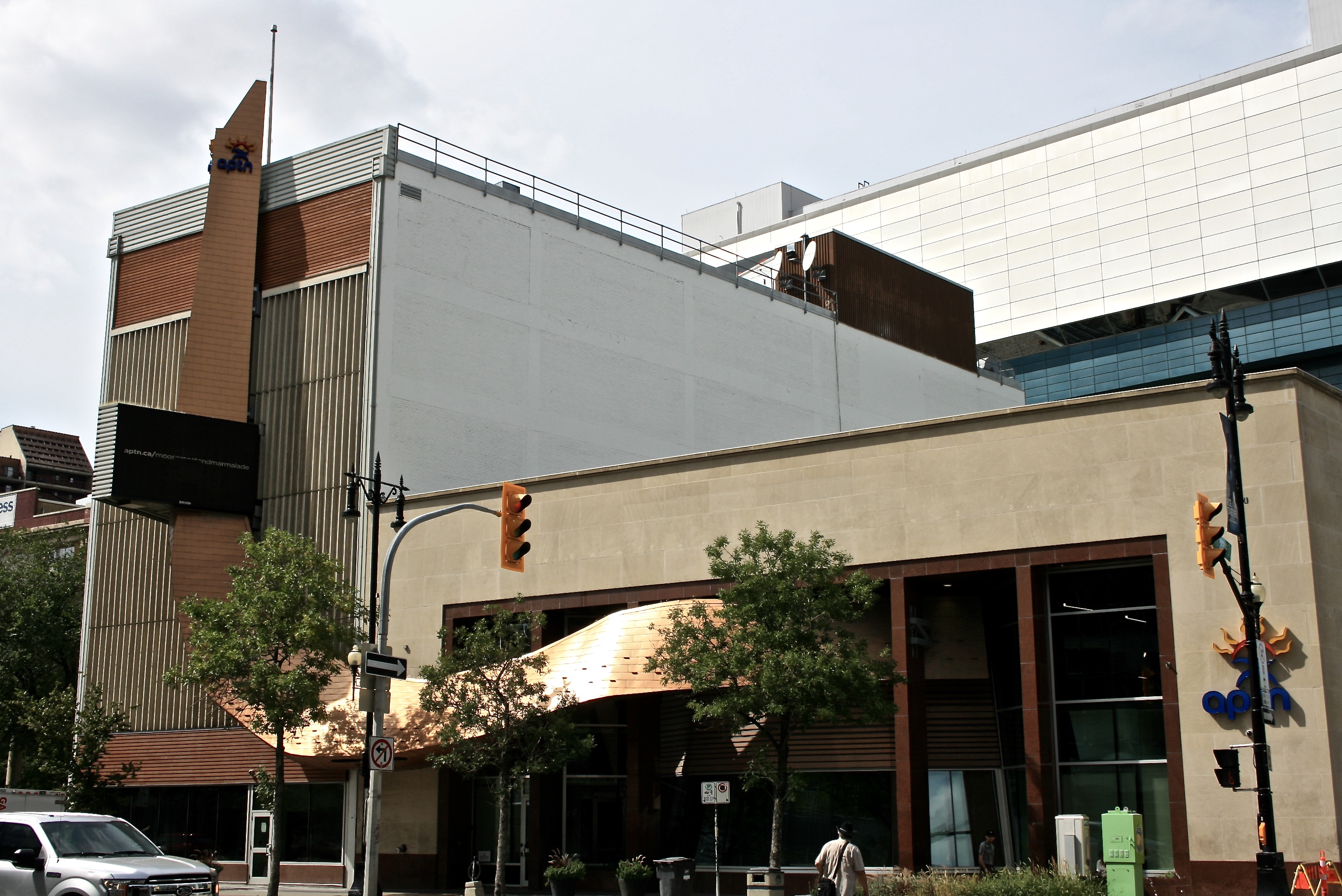 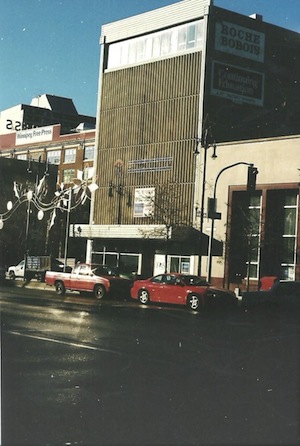 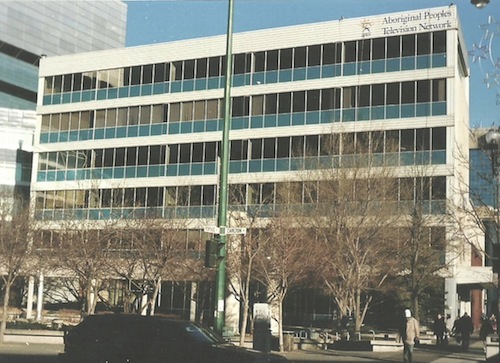 Set off beautifully as the east border of Window Park in front of the Air Canada Building on north Portage, this large six-storey reinforced concrete structure saves its best face for the park side. Designed by Blankstein Coop Gillmor and Hanna for the NEFCO Furniture Company in 1960, its west elevation alternates straightforward horizontal bands of windows with blue panels and pale framing walls in modernist proportions. It fronts on Portage with a glass canopied entrance and rises starkly in concrete walls scored vertically to more windows on the top floor. Consulting structural engineers Grossier and Greenburg developed an economical framing technique of concrete floors with exposed ribs that precluded the need for a dropped ceiling inside while giving the support needed for heavy loading.

Following a run of three generations, the North End Furniture Company (NEFCO) evolved into Penthouse Furniture and vacated the building on Portage, since 1999 the home of Aboriginal Peoples Television Network.

In 2015 APTN hired Prairie Architects for a redesign of the building along with the recently acquired neighbouring building, 333 Portage Avenue. An interior redesign of 333 Portage was included with the plans, but the main goal of the redesign was to tie the two buildings together. Prairie architects designed a large ribbon of life to extend from the top floor of 339 Portage and across the facade of 333 Portage, visually linking the buildings.