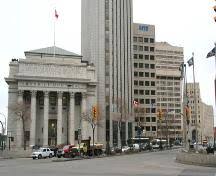 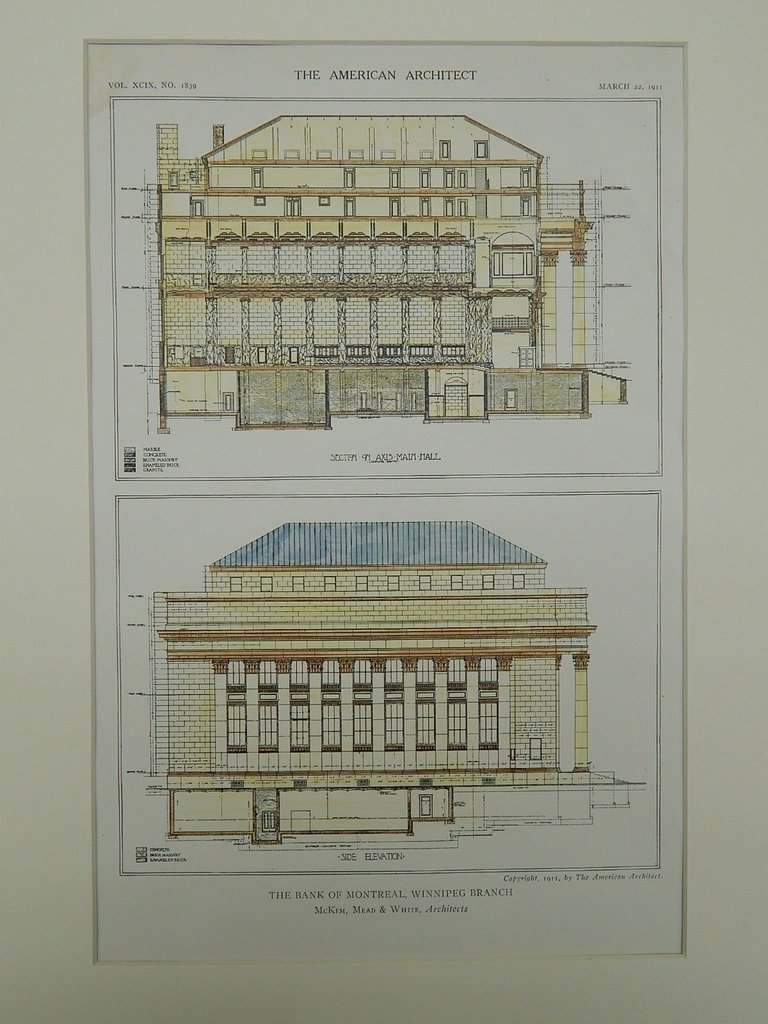 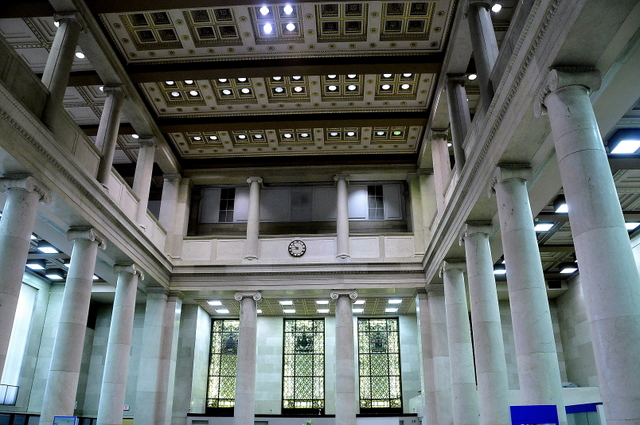 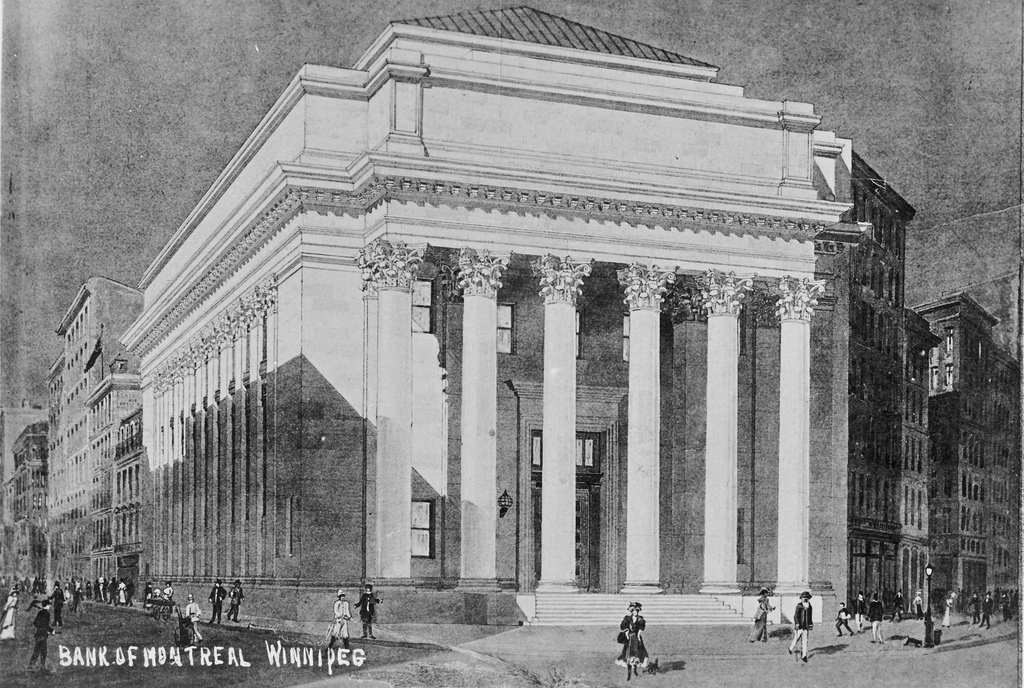 Perhaps the finest example of neoclassical architecture in Winnipeg, the Bank of Montreal building was constructed between 1909 and 1913. The elegant, temple-like building holds a prominent location at Portage and Main. The granite-clad Beaux-Arts style structure marks the southern edge of what remains of Bankers’ Row, a collection of early twentieth-century office towers and banking halls, now interspersed among modern commercial buildings and vacant lots on Main Street.

The Bank of Montreal, with its classical colonnade and commanding location, is a prominent Winnipeg landmark. Designed by the internationally renowned McKim, Mead and White of New York City, the building is an excellent example of monumental Beaux-Arts architecture, executed in granite and wrapped around a substantial structure of fireproof concrete, steel and brick. The grand yet conservative exterior and the refined opulence of interior details and finishes were intended to impress, but also to assure customers and the general public that the Bank of Montreal was a sound, trustworthy institution. As the third Eastern Canadian chartered bank to open a branch in Winnipeg, the Bank of Montreal played an early role in the city’s economic development, including its emergence in the early twentieth century as a regional financial centre.

The interior of the building has four floors. The first floor is the large banking hall, complete with tellers’ area, manager’s office, and washrooms. The second floor contained living quarters for bank officers. The third floor had a dining hall and lounge areas and the fourth floor contained the officers' sleeping quarters, sitting rooms and washrooms. These conditions lasted until the 1950s when the sleeping quarters were replaced with additional office space.

Neoclassical references continue inside the building with four Ionic columns standing in the vestibule and columns visible throughout the interior. The interior is finished with high-quality materials. Floors and counters are finished in Botticino marble imported from northern Italy and the ceiling is covered in gold leaf. In 1975, the entire interior was restored to its 1913 appearance but with contemporary services areas.