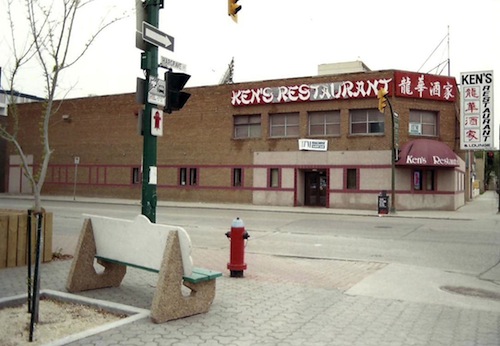 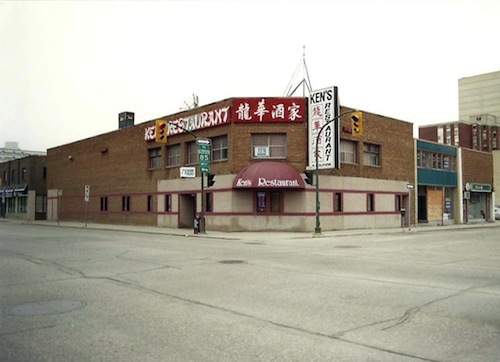 Originally built for use as the Manitoba Furniture Company, the brick structure at 333 Ellice Avenue was designed by H. Heshter and constructed in 1952. The original building was listed as a single storey structure on the original permit. No further permits with the City of Winnipeg were granted, however the building is currently two storeys; whether this second level was original to the 1952 construction or added at a later date is unknown.

While the building was owned by Harry Mozersky’s Manitoba Furniture Company, it served as a warehouse for his successful business, with a small retail area on the main floor in the front bay of the building. Far from operating in isolation, as it would appear now, Mozersky’s furniture business was located within a thriving community of new and used furniture stores. However, in 1985, Ken Kwok purchased the building to be the new location for his already established Exchange District Chinese Restaurant (Ken’s Restaurant) and hired architect Francis W. Leung to plan and design extensive interior renovations.