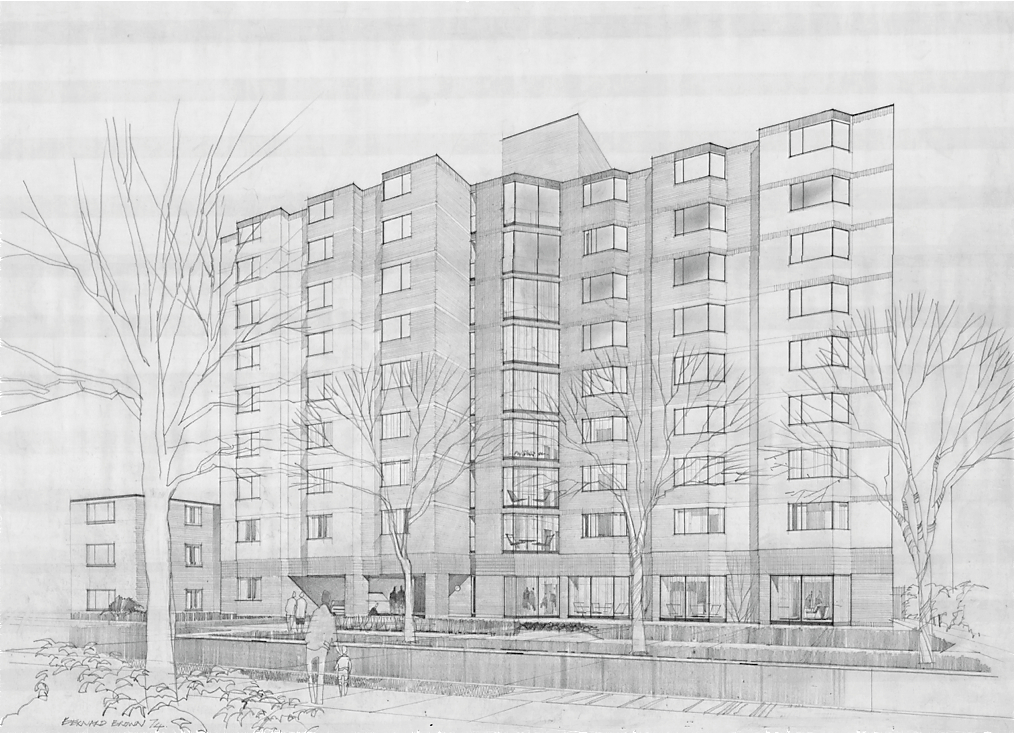 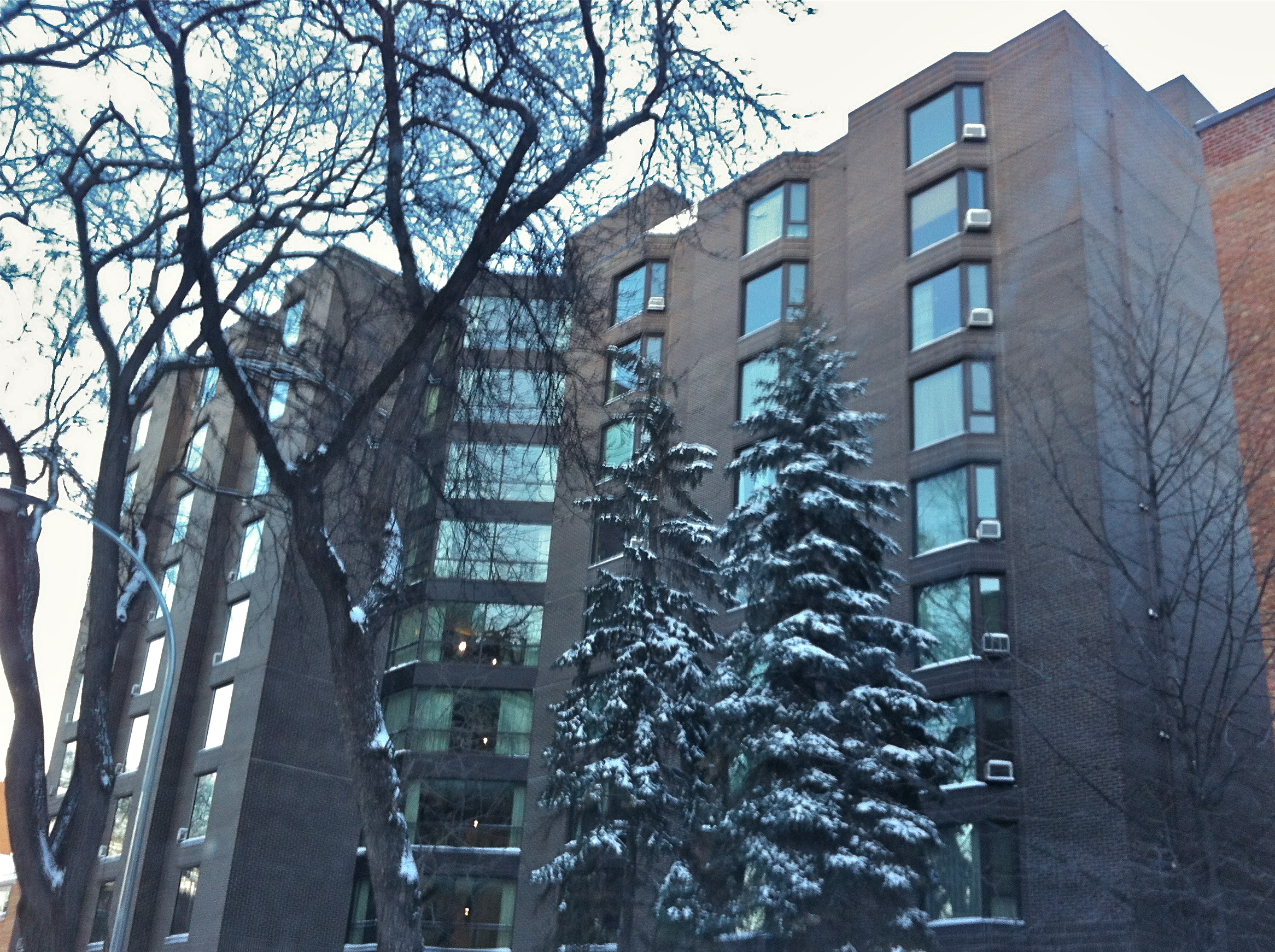 This nine storey structure was designed to be a multi-tenant home for those requiring assisted living facilities. Containing 96 units on its upper floors, the building has a public-use ground storey, which also includes a covered entryway. Clad on the exterior in dark, charcoal-toned brick, the building facade is dominated by a horizontally stepped effect, with projecting bays creating a rhythm across the Edmonton Street elevation. This dynamic facade relates the building to its context, a primarily residential street.

Inside 33 Edmonton Street the residential units were design to create an apartment-fee, a conscious gesture intended to revive a typology which otherwise can feel institutional. Suites were also given bay windows to increase light. On its east side, 33 Edmonton Street was built around a tree, which was later cut down when later parking convenience was demanded. The initial construction of this building was supported by the Manitoba Housing and Renewal Corporation. The opening of the block occurred 23 March 1977 at a ceremony led by Manitoba Premier Ed Schreyer.